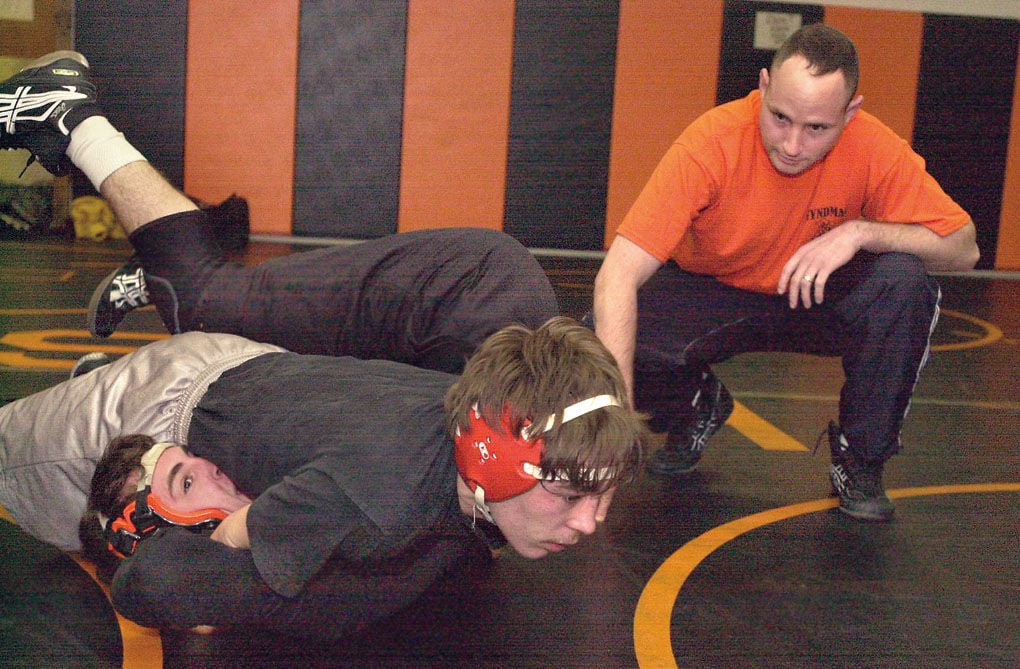 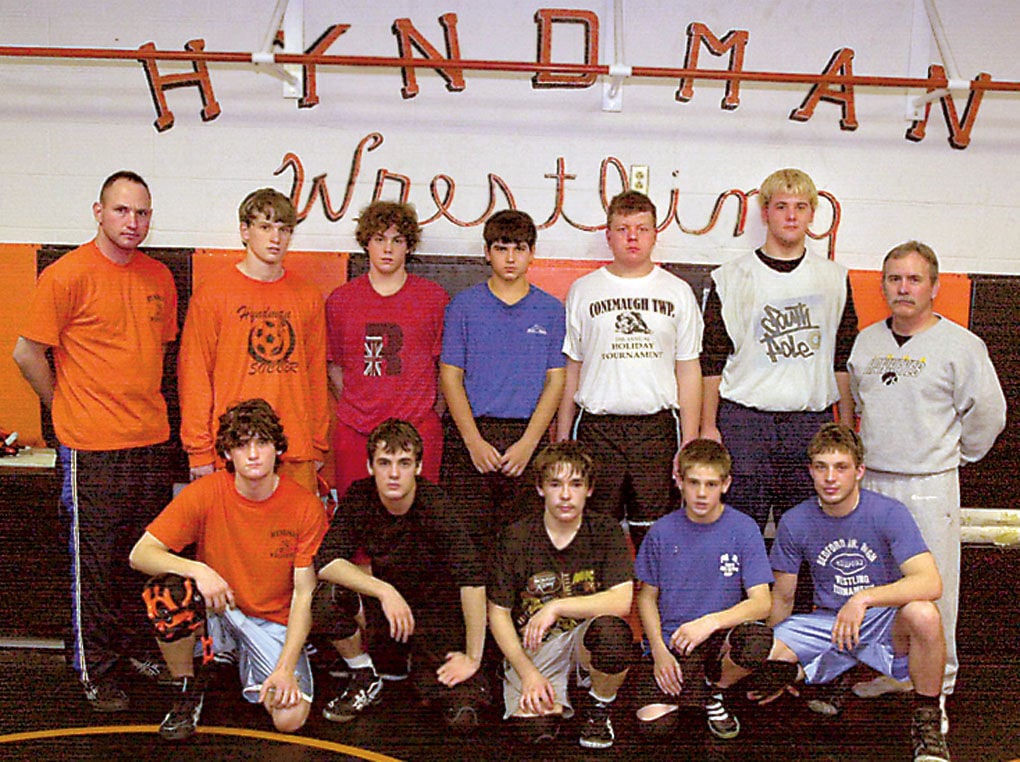 At first glance, Tom Baker looks almost exactly as he did in 1994, when he graduated from Berlin Brothersvalley High School.Sure, his close-cropped hair might start a little higher on the forehead, and he has added a few pounds to his still-fit frame. But Baker is remarkably similar to the 18-year-old boy who traded in his cap and gown for military fatigues, heading off to become a man.But a peek at the frightening scar on Baker’s right arm reveals that there is much more to his story. The underside of his forearm serves as a reminder of pain and suffering, of setbacks and triumphs, and of rehabilitation and renewal.Above all, it is a symbol of Baker’s motto: Don’t ever give up.Those words are scrawled in black marker on a piece of paper tacked up in the wrestling room at Hyndman High School in Bedford County, where Baker now serves as an assistant coach.But more than a slogan, the words serve as a life lesson for Baker – a reminder not only of what’s to come, but also of where he’s been.

Dangerous assignmentBaker, who is a seargent first class in the Pennsylvania National Guard unit serving out of Erie, is still not sure exactly what happened on Oct. 29, 2005, in Habbaniyah, Iraq.A tank commander, Baker and his squad of four were patrolling the four-lane highway that runs through the lake town located between Ramadi and Fallujah – dangerous territory for American soldiers.The six-hour patrols could be both monotonous and deadly – sometimes in the same shift. Baker’s crew – which consisted of a driver, gunner and loader – was responsible for scouring a mile-long stretch of highway for roadside bombs. It was the kind of duty that kept Baker on edge, looking left and right, constantly glancing over his shoulder, even after his shift had ended.There was never a chance to get comfortable while on patrol, because comfort could lead to complacency and complacency could lead to deadly explosions.One of the biggest risks soldiers on patrol face is of falling into a pattern. Turn around at the same spot two or three times in a row and insurgents will catch on and place a bomb at exactly at the right time and place.That means that a tank’s every movement, while calculated, has to seem completely random. Stop here for 30 seconds. Wait there for three minutes. Turn around in this spot, then go 50 yards down the road the next time.Creeping along inside 63 tons of metal, Baker’s tank-mates had to be wary of everything and anything out of the ordinary – from a pile of trash at the side of the road, to a broken curb, to a spot in the dirt that was slightly darker than the land around it.“As we went on, we learned what to look for and what to spot,” said Baker, whose crew had successfully found and detonated seven roadside bombs without any injuries before the life-altering attack. “We found several (explosive devices) just because they didn’t look right. We saw one because we saw handprints in the sand to cover it up.”They never saw the one that hit him.As he had done so many times before, Baker reached out of his hatch to grab his M16 rifle or maybe even his water bottle – he’s not really sure – on that afternoon, just as the roadside bomb exploded. The device sent shrapnel – possibly ball bearings – hurtling through the air at such high speeds that they left pockmarks on the nearly impenetrable tank.