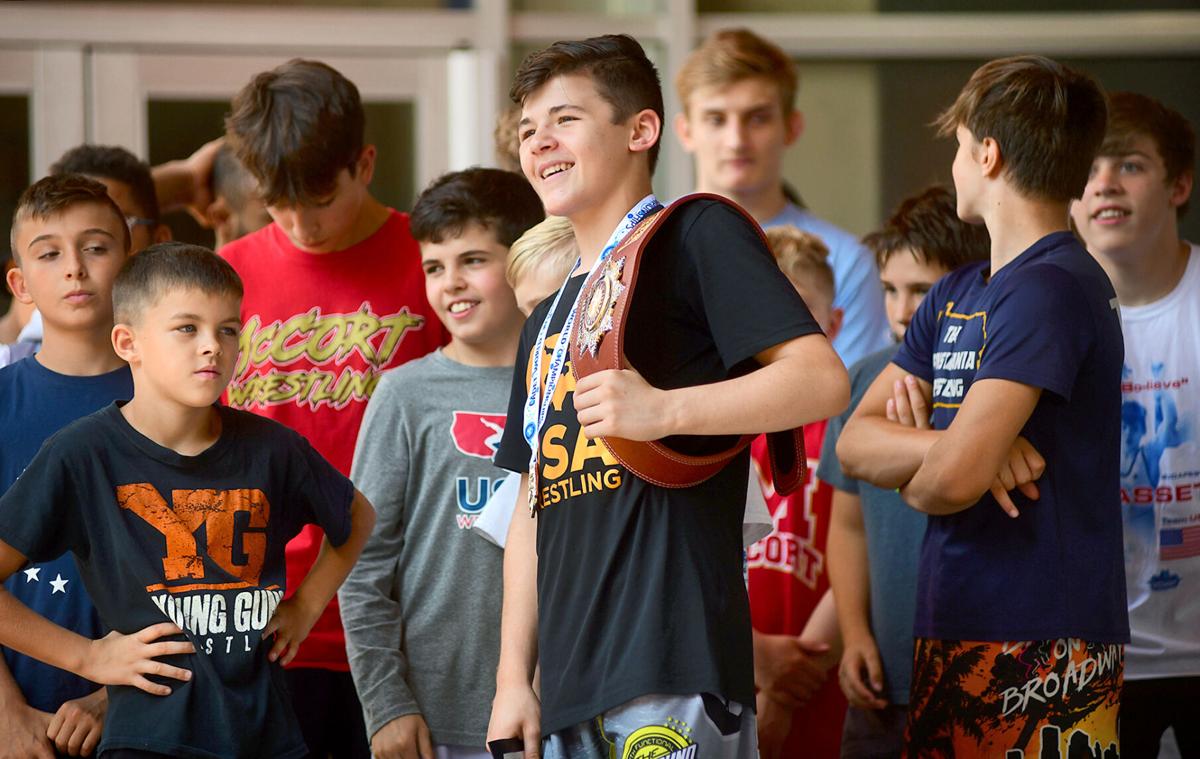 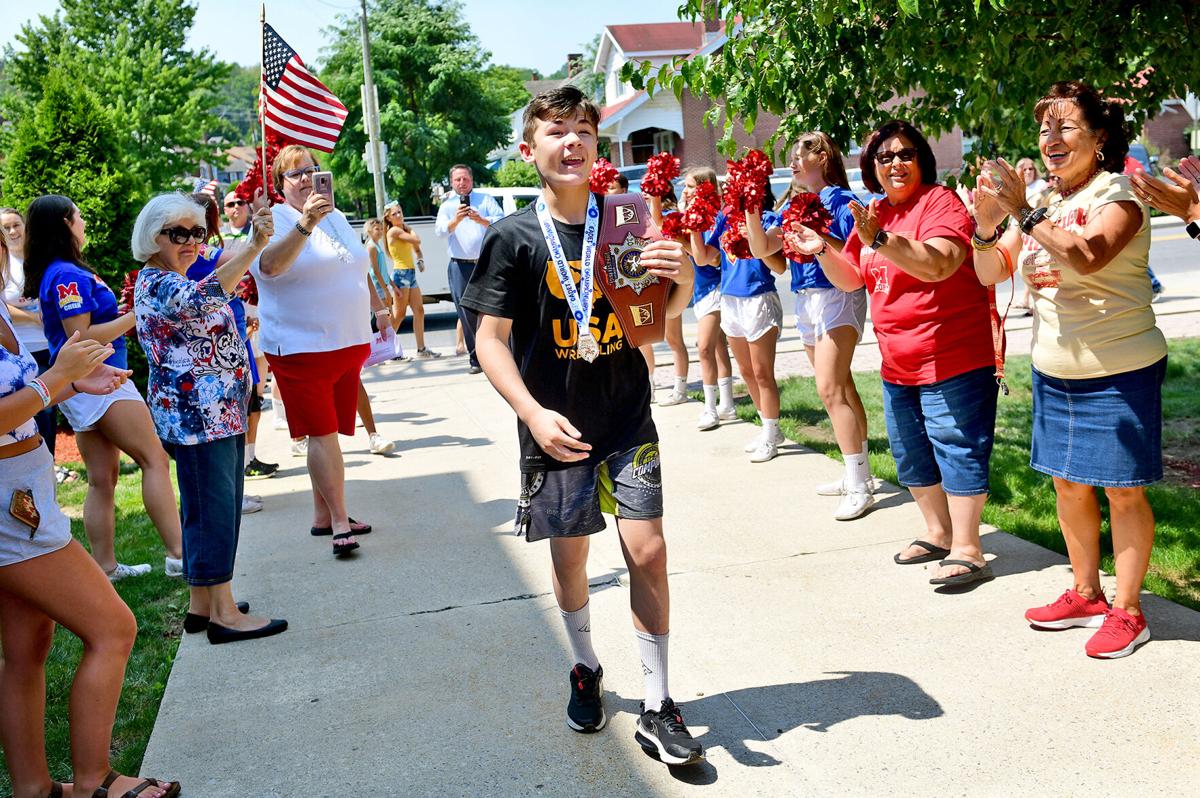 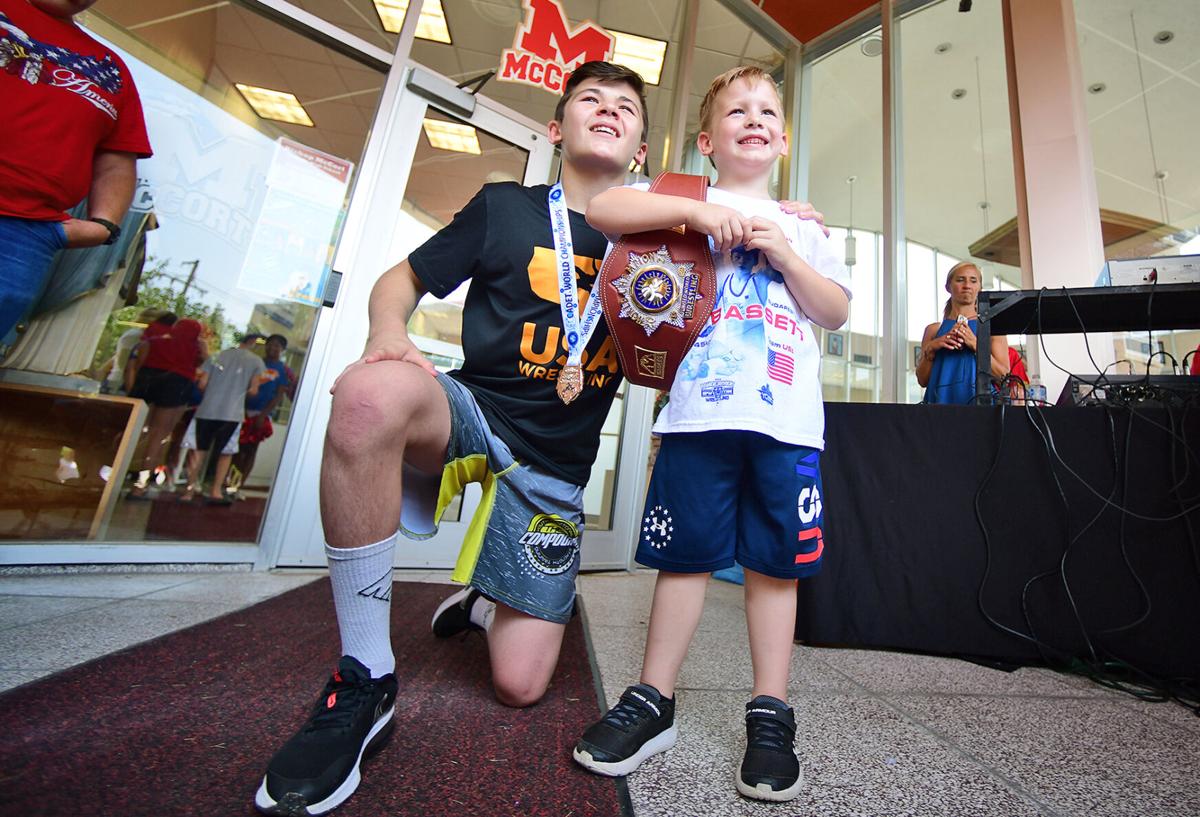 The Bishop McCort Catholic student, who is believed to be the youngest Cadet world champion wrestler in history, is about to become the first eighth-grader to compete in FloWrestling’s Who’s No. 1 event.

The dual meet, which will be held in Dallas, Texas, on Saturday, generally pits the No. 1-ranked high school wrestler in the country against his second-ranked counterpart, but the event made an exception for Bassett because, well, he’s exceptional. That’s how David Bray, senior content editor for FloWrestling, put it.

Bassett will wrestle Illinois freshman Seth Mendoza at 106 pounds in a “Futures Match.”

Bassett is thrilled for the opportunity to compete in the event, which also includes Forest Hills’ Jackson Arrington.

Mendoza and Bassett have a long history. They’ve wrestled several times throughout the years. Bray said he thought Mendoza had won six of their seven bouts, but Bassett disputes that.

They’re both very good, which is evident to the wrestling world. Bassett dominated the competition nationally in winning spots on the United States freestyle and Greco-Roman world teams, then did the same to international foes at the Pan-American Games in Mexico and the freestyle world championships in Budapest, Hungary, this summer.

“I go into practice with a different mindset.

“The world title – I think it gives me that extra motivation.”

His success also will put a target on his back, which is just fine with Bassett.

“Everybody wants to knock me off,” he said. “I really like pressure. I think pressure makes diamonds. I’m going to put it on the line. You’ll have your shot multiple times because I wrestle at all of the big tournaments.”

Mendoza didn’t compete in the Cadet world team trials, but he did win a national freestyle title in Fargo, North Dakota, this summer.

While Mendoza and Bassett have battled on the mat in the past, they’re not exactly heated rivals. The Illinois wrestler came to Johnstown last year to work out with Bassett for a long weekend.

“I think wrestling’s a little different,” Bassett said. “You don’t see rival football teams training together. In wrestling, you can train with those guys and help each other get better. He was a good partner, and it was good to drill with him and train with him.”

Not only did they work out together, but Mendoza also left a little souvenir behind at The Compound, the youth fitness center that Bill Bassett, Bo’s father, runs in Richland Township.

Mendoza enjoys woodworking and sells his products – mostly American flags – online, and one of his flags now hangs at The Compound.

Portions of the proceeds from his business go to the Semper Fi Fund, a charity dedicated to providing support for combat wounded, critically ill and catastrophically injured members of the U.S. Armed Forces and their families. The fund is near and dear to Mendoza’s heart, as his father, Mike, is a Marine Corps veteran who completed 24 Ironman 70.3 triathlon races in one year – a Guinness World Record for – while raising $42,000 for the Semper Fi fund.

Bray sees Bassett and Mendoza as perfect representatives for the first Futures Match.

“They’re kind of All-American kids all around.”

Local ties: Forest Hills’ Jackson Arrington will take on Iowa’s Hunter Garvin at 145 pounds and Bishop McCort Catholic’s Bo Bassett will face Illinois’ Seth Mendoza at 106 pounds. They are two of the seven Pennsylvania wrestlers scheduled to compete in the 14-match event.

How to watch: The dual-meet event will be live-streamed on FloWrestling.org, a subscription-based service.

Bo Bassett was awestruck when he saw the crowd gathered at Bishop McCort Catholic High School on Tuesday to welcome him home.