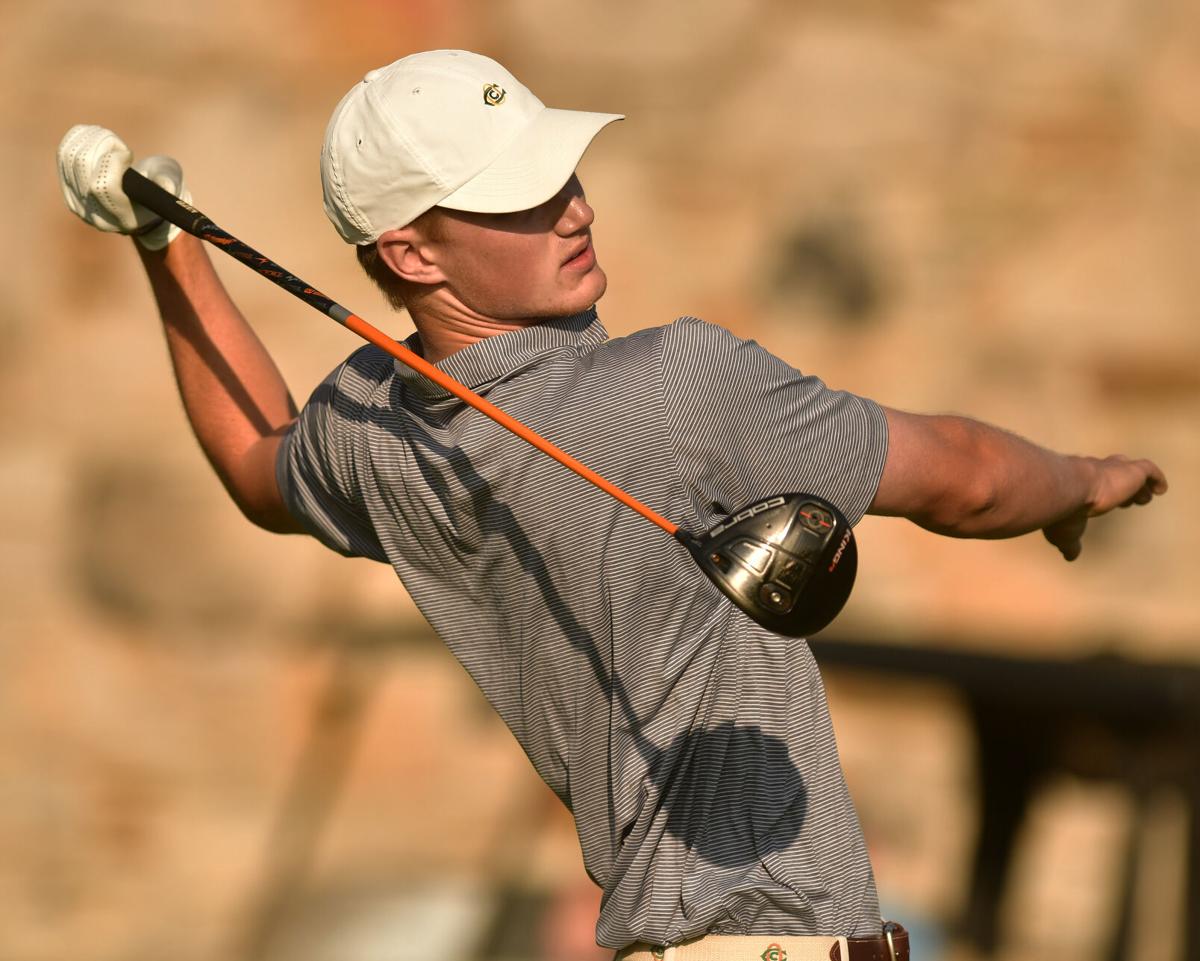 Connor Schmidt of Venentia, PA., tees off on #1 at the Sunnehanna Amateur Tournament for Champions Tuesday, July 21, 2020. 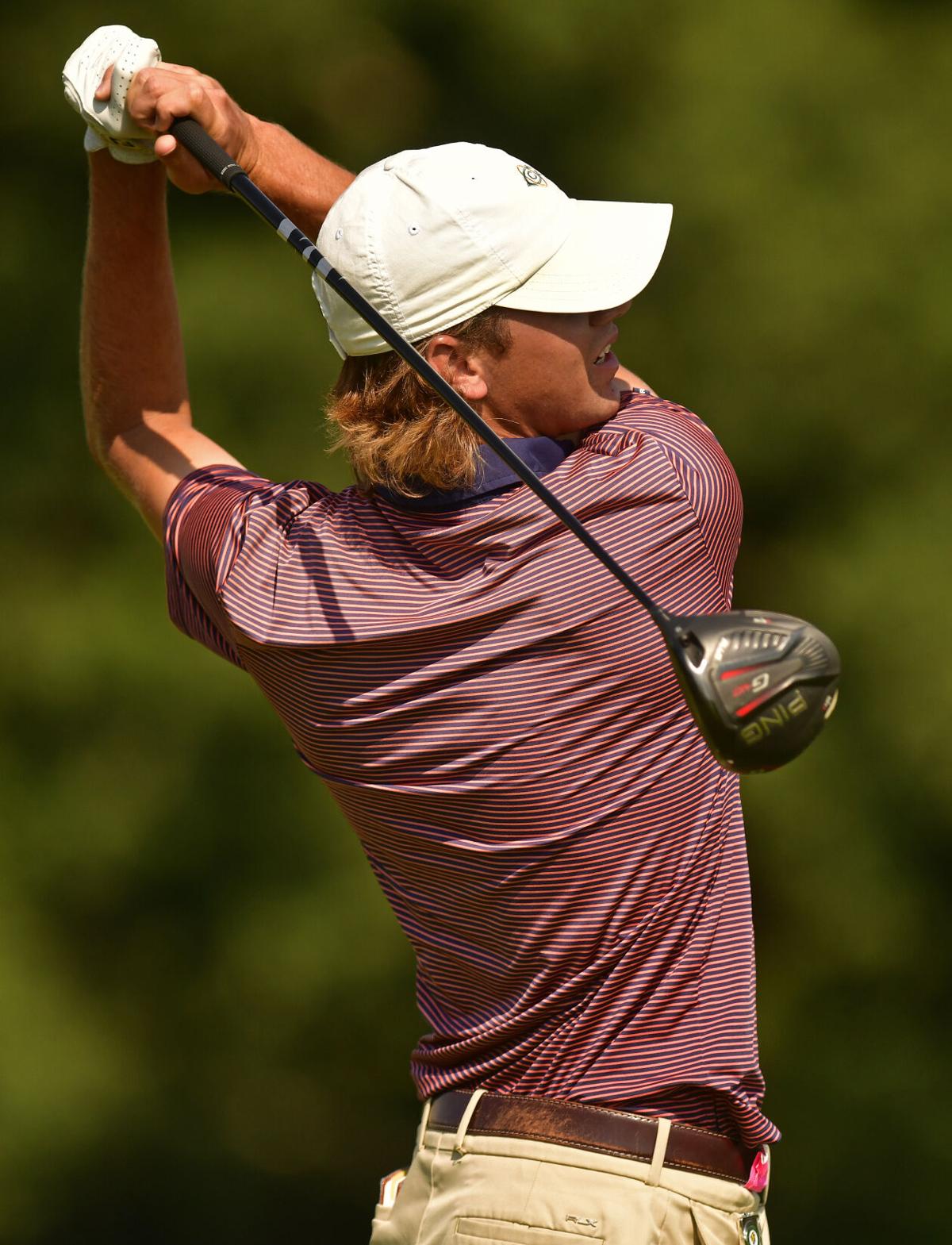 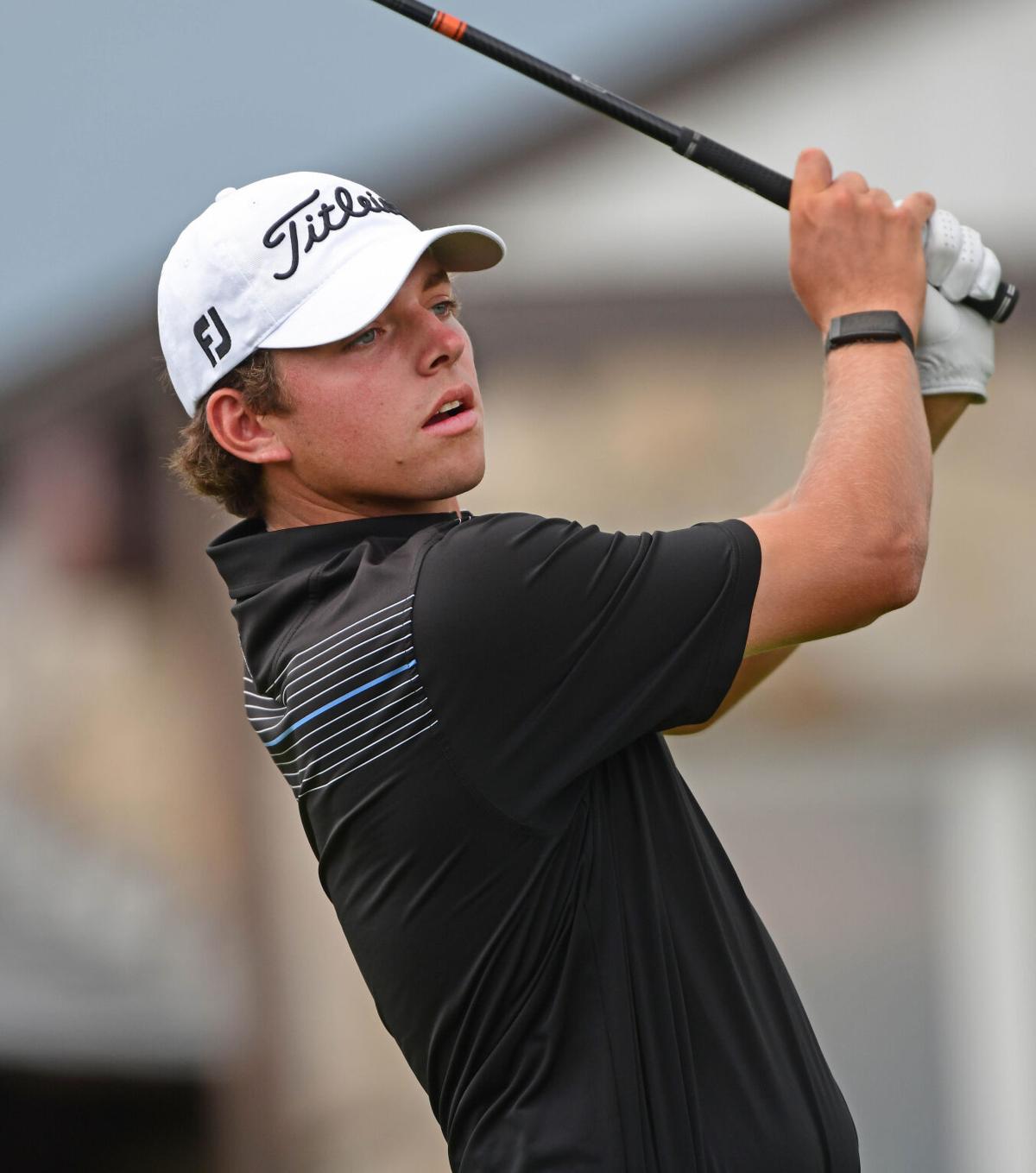 Palmer Jackson of Murrysville, PA., tees off on #1 at the Sunnehanna Amateur Tournament for Champions Tuesday, July 21, 2020.

Connor Schmidt of Venentia, PA., tees off on #1 at the Sunnehanna Amateur Tournament for Champions Tuesday, July 21, 2020.

Palmer Jackson of Murrysville, PA., tees off on #1 at the Sunnehanna Amateur Tournament for Champions Tuesday, July 21, 2020.

It’s great when talented, young golfers get the opportunity to play in one of the great amateur events in history.

What makes that experience even better is when that event is held at a championship club that’s virtually in their backyard.

Such is the case for three of Western Pennsylvania’s rising stars in amateur golf: Palmer Jackson, Connor Schmidt; and Mark Goetz. That trio has flexed its collective muscle on a variety of stages, including the U.S. Amateur, the U.S. Amateur Four-Ball and U.S. Open local qualifying.

Next up for the talented trio is the 68th annual Sunnehanna Amateur Tournament for Champions, which will run Wednesday through Saturday at the par-70 Sunnehanna Country Club course.

“This is an event every year that’s circled on my calendar,” said Jackson, who grew up in Murrysville, graduated from Franklin Regional High School and is currently a standout on the Notre Dame golf team. “If I would win Sunnehanna, that would be my first major of amateur golf.”

This will be Jackson’s fourth appearance in Sunnehanna, with his best finish, a tie for 23rd, coming during 2020’s COVID-19 delayed tournament held in late July.

“Last year I was fifth after the second round. I was in position to win the golf tournament,” he said.

“I love Sunnehanna,” he said. “That place is very special to me. I love everything about it.

“The host families are amazing every year, and that’s just part of what makes the experience so great.”

Both Jackson and Schmidt noted how big the greens are on the Sunnehanna Country Club course. Jackson said maybe four Pebble Beach greens could be fit onto a number of putting surfaces at Sunnehanna.

“The first two years I felt like that,” Schmidt said. “You can run shots onto those greens, which is unique. But that’s when the fun begins. Like the rest of the course, the greens challenge every part of your game.”

Of the three, Goetz has the most interesting story of how he found himself in the field for the 2020 Sunnehanna.

“I missed making the qualifier by a shot and was talking about it at Hannastown and (amateur golfer) Sean Knapp overhead me and told me to hang on a bit,” Goetz said.

“Knapp went to Sunnehanna co-director John Yerger and told him that he would be crazy not to give me a spot. Well, it turned out that Knapp gave up his spot, and it went to me. I’m very grateful and very, very lucky. I actually played pretty solid last year.”

Goetz had an outstanding senior year at West Virginia University, missing out on qualifying for the NCAA Individual Championship by two shots.

“Getting into this one means a lot,” Goetz said.

“It’s pretty rare you can get into a big tournament for amateurs like this, especially with it being held up north. Different kind of turf, lots of hills to traverse. It’s a really cool feeling to experience a big event like this.”

One of the interesting things every year to watch at the Sunnehanna Amateur is to see how these young college players attack the legendary Sunnehanna Country Club layout.

Not the longest course at 6,923 yards, it seems at first glance to be a bomber’s paradise.

But as history shows, the bombers don’t always prevail.

Goetz will most likely be among the longest players in the field and he has a plan in place.

“I have a pretty good idea, but I’ll keep working on my plan. We’ll see how I’m doing when the tournament starts.”

Brock Matava had to ask for three days off from his job as a financial analyst in Indiana later this week.