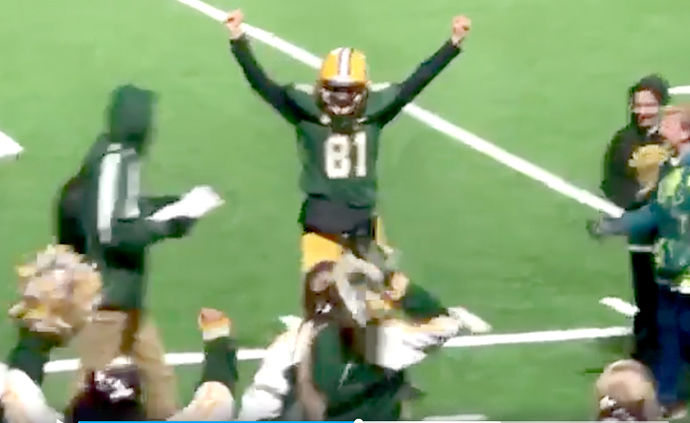 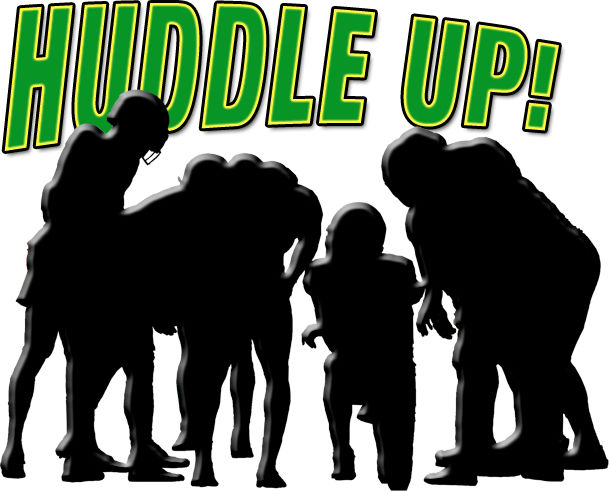 The outcome of Friday’s game already had been decided, but that didn’t diminish the impact of a Forest Hills 2-point conversion run that certainly will be ranked among the most memorable in the storied program’s history.

Freshman Joe Wise took a hand-off from Rangers quarterback Zach Myers in the fourth quarter of a 55-26 loss to visiting Westmont Hilltop.

A routine play in a one-sided game?

Rangers coach Justin Myers said Wise is diagnosed with autism, but he doesn’t allow the challenges he faces to slow him down.

For example, on the conversion attempt, Wise ran to his right, then lost the football. No. 81 in the green and gold uniform bent down and scooped up the ball from the new artificial surface at G.H. Miller Field. Wise ran unimpeded into the end zone, where players from each team formed a circle to congratulate him.

Watch video of the play here.

“My immediate reaction was, ‘Oh boy,’” Wise said after a Tuesday practice in Sidman. “I was afraid I might have gotten tackled. I might have. But it didn’t happen.”

In one of those moments that transcends the game, Wise joyfully jumped in the end zone as his teammates and many Westmont Hilltop players celebrated with him.

He emerged from the pack and ran toward the Forest Hills sideline, waving his arms and almost skipping along the sideline, where the rest of his teammates met him.

“It felt like I was alive. It felt amazing,” Wise said. “There were a million things running through my body that were joyful.”

And, how did he rate the celebration?

“Everybody else was pretty happy. The team was up on me,” Wise said. “I said, ‘Thank you.’ I flexed for the cheerleaders.

“The fans went crazy. I signed 25 autographs that night.”

Video of the conversion run and celebration made the rounds on social media.

The public address announcement, “Two point conversion is good. Joe Wise,” drew a round of cheers at the field and probably on the Internet, too.

As Joe ran up the field celebrating, voices could be heard yelling. A male cheered, “Way to go, Joe,” followed quickly by a female voice saying, “Aw, look at him. Way to go, Joe.”

Someone asks, “Did you video that?”

Coach Myers said Wise has a strong work ethic and enthusiasm that is contagious.

“He comes to practice every day. He’s an awesome kid,” Coach Myers said. “He’s into it.

“He pays attention to everything we do in practice. He’s great in giving the Thursday pregame speech to the kids.

“He’s always asking to do extra things for us.”

“It was an opportunity, with coach Barron’s help, to get him in there and get him the ball and get him in the end zone,” said Myers, who noted that Wise has been on the field for a few plays in other games but never ran a conversion.

“He’s a great kid. He deserves it. Everybody was excited,” Myers added. “I don’t know how many people told me they were crying when they saw it.

“He’s well-loved. People are very happy that he had the opportunity to play for us.”

Hilltoppers Athletic Director Tom Callihan and Barron each said Westmont Hilltop teacher Josh Rearick, who is a Forest Hills graduate and Rangers assistant coach, had a role in making the play a reality over the course of the week.

“Coach Myers called a time out towards the end of the game. He came across and let me know what was going on,” Barron said. “We had a timeout and talked to our kids. It’s just a pretty nice feel-good story.

“It was really cool to watch both teams congratulate him and huddle around him, then to watch him coming off the field with his arms outstretched,” Barron said. “He went to his sideline, embraced everybody and then looked up in the stands. You could see the cheerleaders wiping tears from their eyes.”

Callihan said everyone was on the same team for one play on Friday night.

“To see that kid leaping across the field and when he scored and to see all the kids, Westmont and Forest Hills, go to congratulate him in the end zone, it brought tears to my eyes,” Callihan said. “It was like he was walking on air across the field after he scored. The band was playing. The fans were cheering.

Those two points didn’t factor in who won or who lost, but they still had an impact on Joe Wise four days after the final whistle.

“It does make me excited of what the future may hold for me in the football seasons,” Wise said.

Brandon Bailey brings a different perspective to his role as a father who coaches his son in high school football.