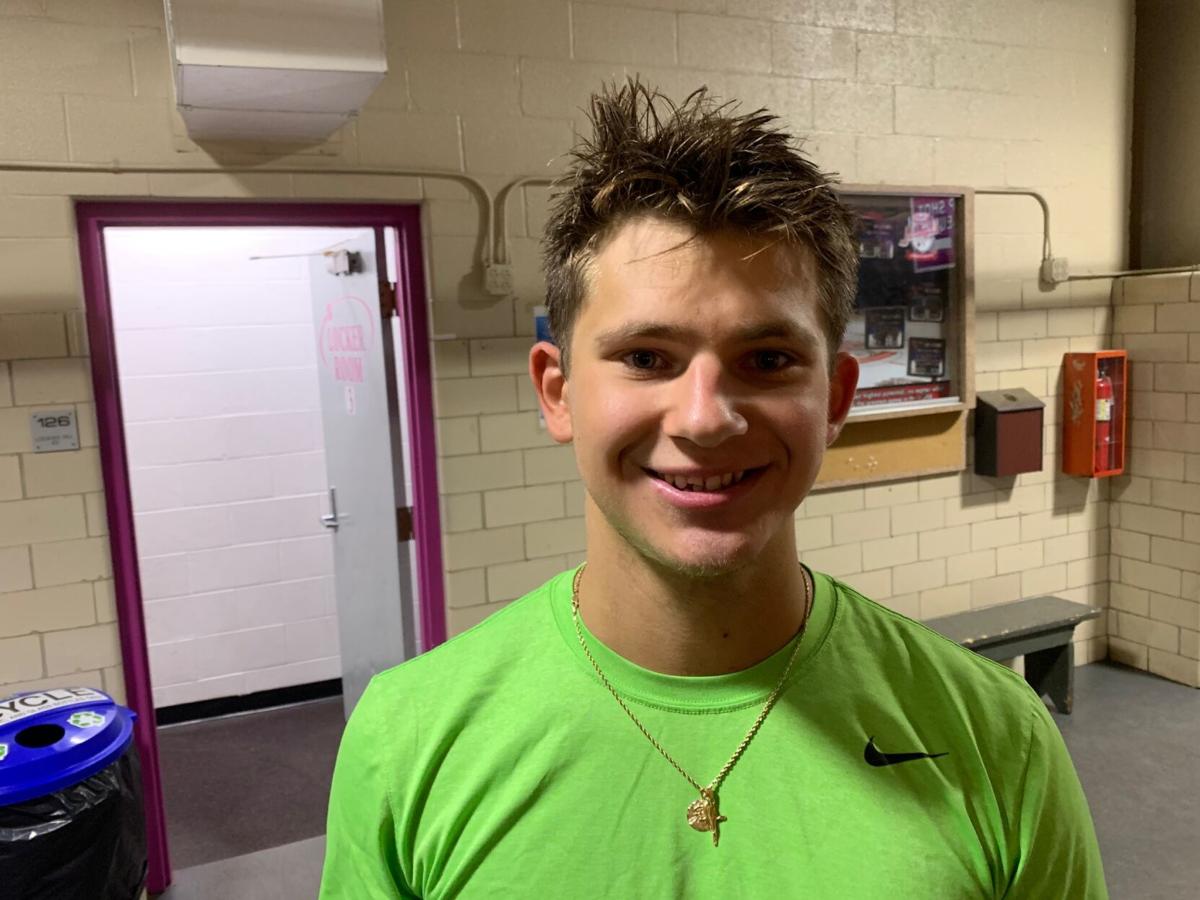 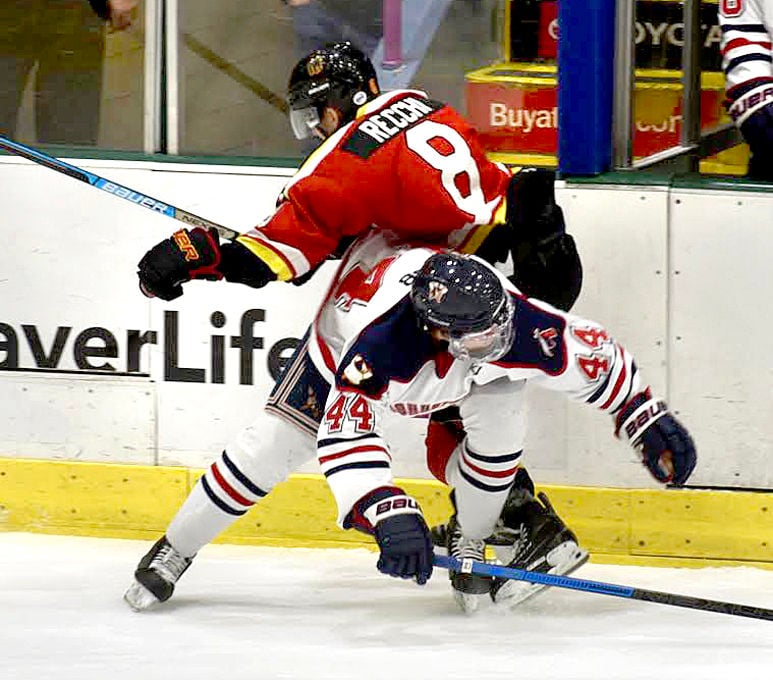 The Johnstown Tomahawks’ Ethan Webb checks the Maryland Black Bears’ Cameron Recchi into the boards during the first period of their game on Saturday, Jan. 18, 2020 at 1st Summit Arena @ Cambria County War Memorial. 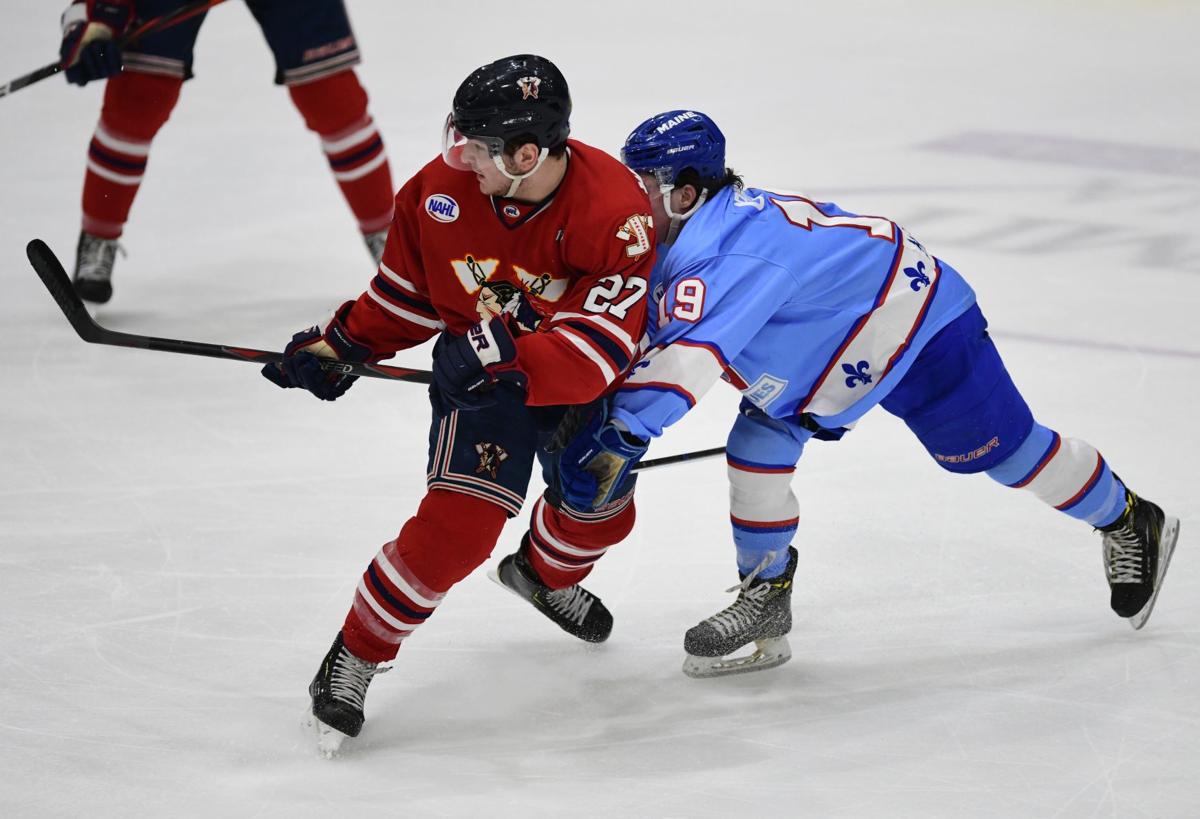 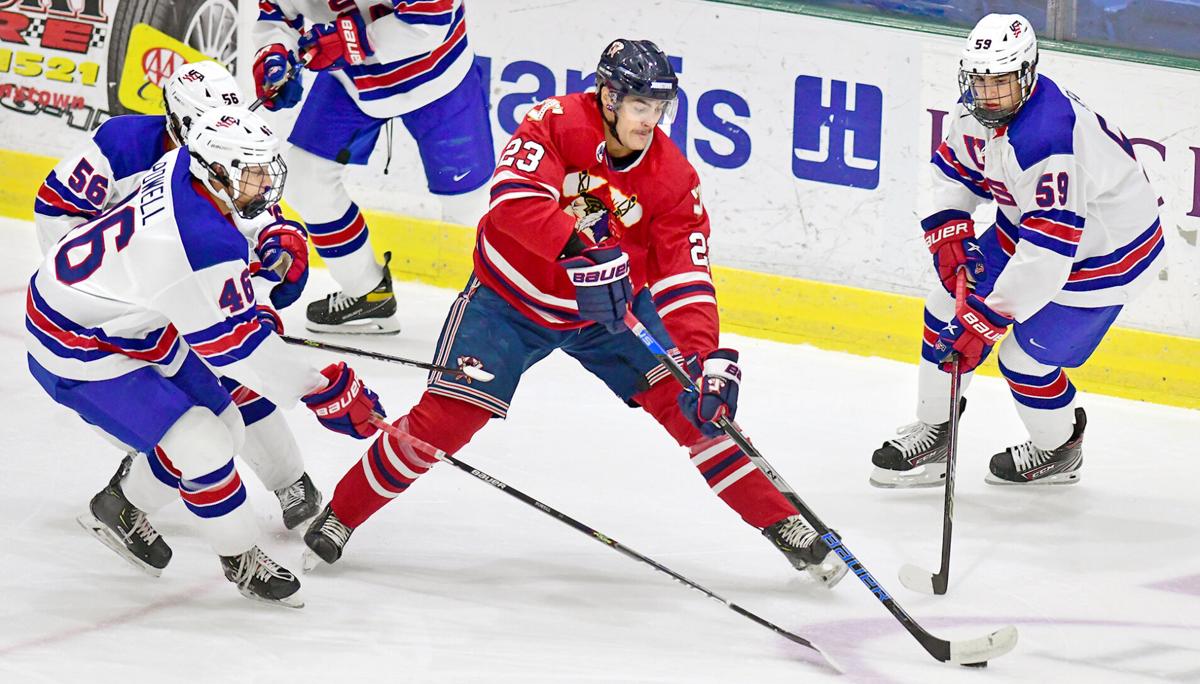 The Johnstown Tomahawks’ Ethan Webb checks the Maryland Black Bears’ Cameron Recchi into the boards during the first period of their game on Saturday, Jan. 18, 2020 at 1st Summit Arena @ Cambria County War Memorial.

“Since Day 1 of being in Johnstown, Gritzy has been an impeccable leader,” Tomahawks coach Mike Letizia said. “He does everything as a professional and takes no days off. He has through-the-roof character and work ethic. As a junior hockey veteran, his experience is something that will go along way with this group.”

Gritz is a native of Cranberry Township and previously played for the Rouyn-Noranda Huskies of the Quebec Major Junior Hockey League in Canada.

“It’s an honor and privilege,” Gritz said about being captain this season. “I’ll try to keep doing what I do, lead by example with guys, and come ready and prepared. It’s just a letter; it doesn’t change a lot. I want to keep playing my game and leading my team.”

Gritz’s respect and leadership have landed him this role, which he is very honored yet humbled to have.

“His on-ice abilities are top notch and his work ethic and approach are second to none,” Letizia added about Gritz. “When laying the foundation of the leadership for this year’s team, Alex certainly checked the boxes and we are extremely excited to see how he does as our 2020-21 team captain.”

Mastromonica, Webb and Whitehouse are all experienced and hard-working players for the Tomahawks who have earned the honor of the “A”. As a trio of NAHL veterans, these three assistant captains will play a huge role in leading a Johnstown team full of new faces.

“Choosing Anthony, Ethan and Liam as assistant captains brings together so many important factors for us,” Letizia said. “Respect, character, work ethic, accountability are all important traits that these young men possess. They desire to be the best and to bring the best out of their teammates.”

In addition, the Tomahawks have traded for goaltender Ryan Ullan from the Bismark Bobcats and have added defenseman Caden Lewandowski from the Youngstown Phantoms in the USHL.

Ullan is a native of Hibbing, Minnesota, and has already committed to play at Northern Michigan University for the 2021-22 season.

“As we embark on our new season and with such a large amount of new players, we felt there was an immediate need to bring in an established veteran goalie,” Coach Letizia said about his newest acquisition. “Ryan has spent multiple years in junior hockey and has found a great deal of success in our league. We feel that his experience and track record of success will be a great addition to our team.”

Lewandowski is no stranger to playing in Pennsylvania. The Port Huron, Michigan native spent his 2018-2019 season playing with the Pittsburgh Penguins Elite 18-Under team and suited up for three games with the Wilkes-Barre/Scranton Knights of the NAHL. In his time with the Penguins Elite, Lewandowski made an impact on the scoresheet with 18 points (three goals, 15 assists) in 36 games.

Letizia said the addition of Lewandowski to the roster “gives us a big-time boost to our D-core,” for the upcoming season. “He is a great sized, two-way D-man who spent last year in the USHL. He has a great skill set to go along with really strong character. We feel he has the ability to be a go-to guy and big time part of our defense group this year.”

The Tomahawks are set to kick off the season against the Maryland Black Bears at 7 p.m. Sunday and 11:30 a.m. Monday.

The Johnstown Tomahawks’ North American Hockey League season-opening series against the Maryland Black Bears will be moved to a different date and site due to Maryland’s COVID-19 guidelines.