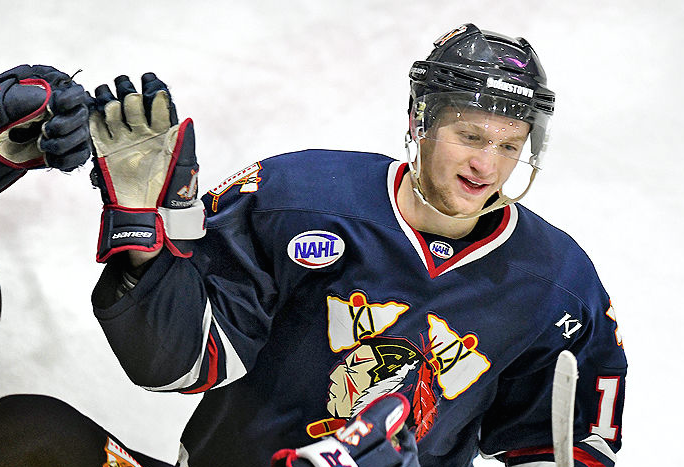 The Johnstown Tomahawks’ Christian Gorscak celebrates his second-period goal with teammates during their NAHL game against the Wilkes-Barre/Scranton Knights at 1st Summit Arena @ Cambria County War Memorial on Friday, March 8, 2019. 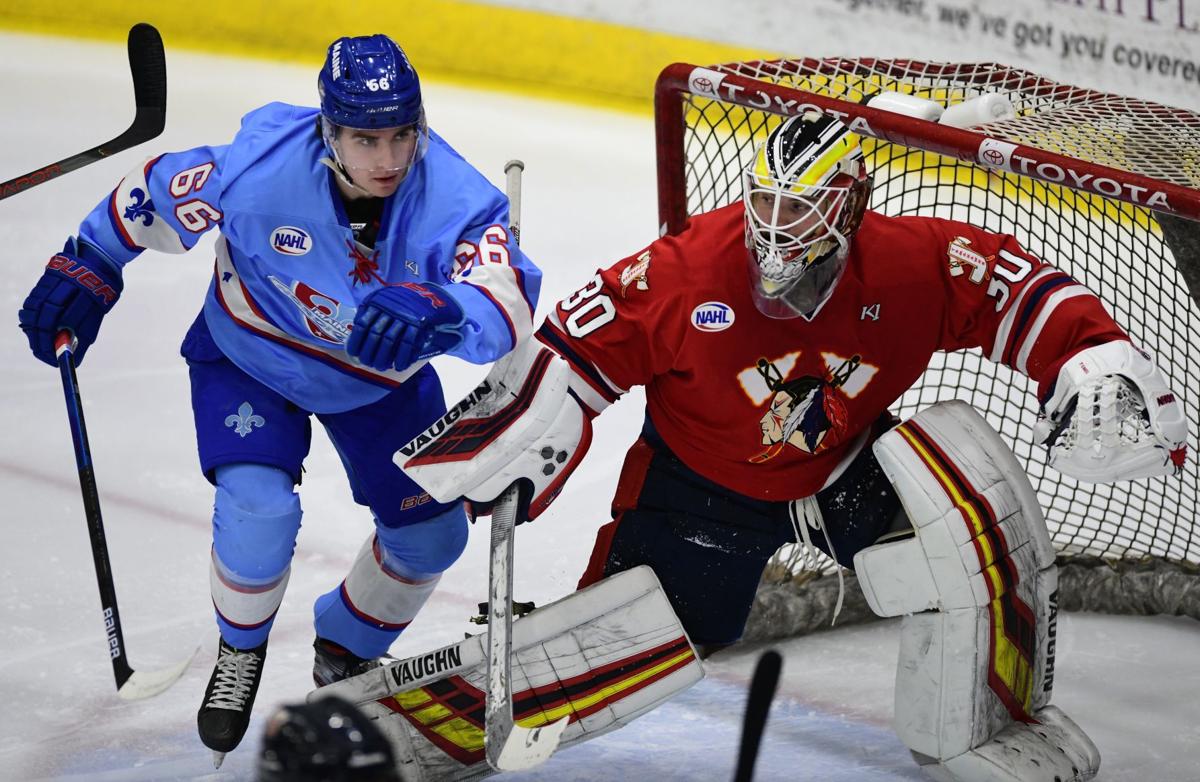 The Johnstown Tomahawks’ Christian Gorscak celebrates his second-period goal with teammates during their NAHL game against the Wilkes-Barre/Scranton Knights at 1st Summit Arena @ Cambria County War Memorial on Friday, March 8, 2019.

The Johnstown Tomahawks traditionally announce the team’s annual awards during the final home game of the NAHL season.

With the NAHL season cut short due to concerns about COVID-19, the Tomahawks began announcing the season-ending award winners on Thursday and will continue over the next two days.

Forward Christian Gorscak was named Offensive Player of the Year in the fan vote. Gorscak, who is headed to Niagara University, scored 25 goals and became the first Tomahawks player to lead the league in scoring with 64 points.

“All the memories are flying through my head about the past three years in Johnstown,” Gorscak said in a Thursday telephone interview. “The teammates I had the past three years were unbelievable. The coaching staff gave me every chance possible to succeed and make me a better player on and off the ice. I couldn’t have done this without the fans or our coaches.”

A Jeannette resident and Hempfield High School product, Gorscak had a plus-29 rating and a league-high six game-winning goals.

“We ended the season early unfortunately and we were on an eight-game winning streak,” Gorscak said. “That came from all of us just trusting each other and trusting our coaches and going to work every single day. At the end of the day, we wanted each other to succeed. Personal success definitely comes from a team success.”

The goaltending tandem of veteran David Tomeo and rookie Alex Tracy combined for 34 wins as the Tomahawks finished second in the NAHL East Division. The two netminders, dubbed “Trameo,” shared Defensive Player of the Year honors.

“We were just really good friends off the ice. We hung out almost every day,” said Tomeo, who went 17-7-2 with a 2.80 goals against average, one shutout and .910 save percentage. “You just kind of feed off of it.

“Playing with David is definitely something special. It was good, competitive nature,” Tracy said. “We both fed off of that every single night, every day in practice. We’re also very supportive of each other. David would always be the first guy to congratulate me after a good game.”

Combined, the two goaltenders produced 34 wins, a 2.46 goals against average and .923 save percentage.

“It’s awesome. It’s definitely an honor,” Tracy said. “I thought we both had pretty solid years this year. No one deserves it more than (Tomeo) does. He came in after being with so many teams and he made an immediate impact.”

1st Summit Arena will not host any events through April

There will be no sounds of slap shots, motorcycle engines or guitars inside 1st Summit Arena @ Cambria County War Memorial through at least the end of April.