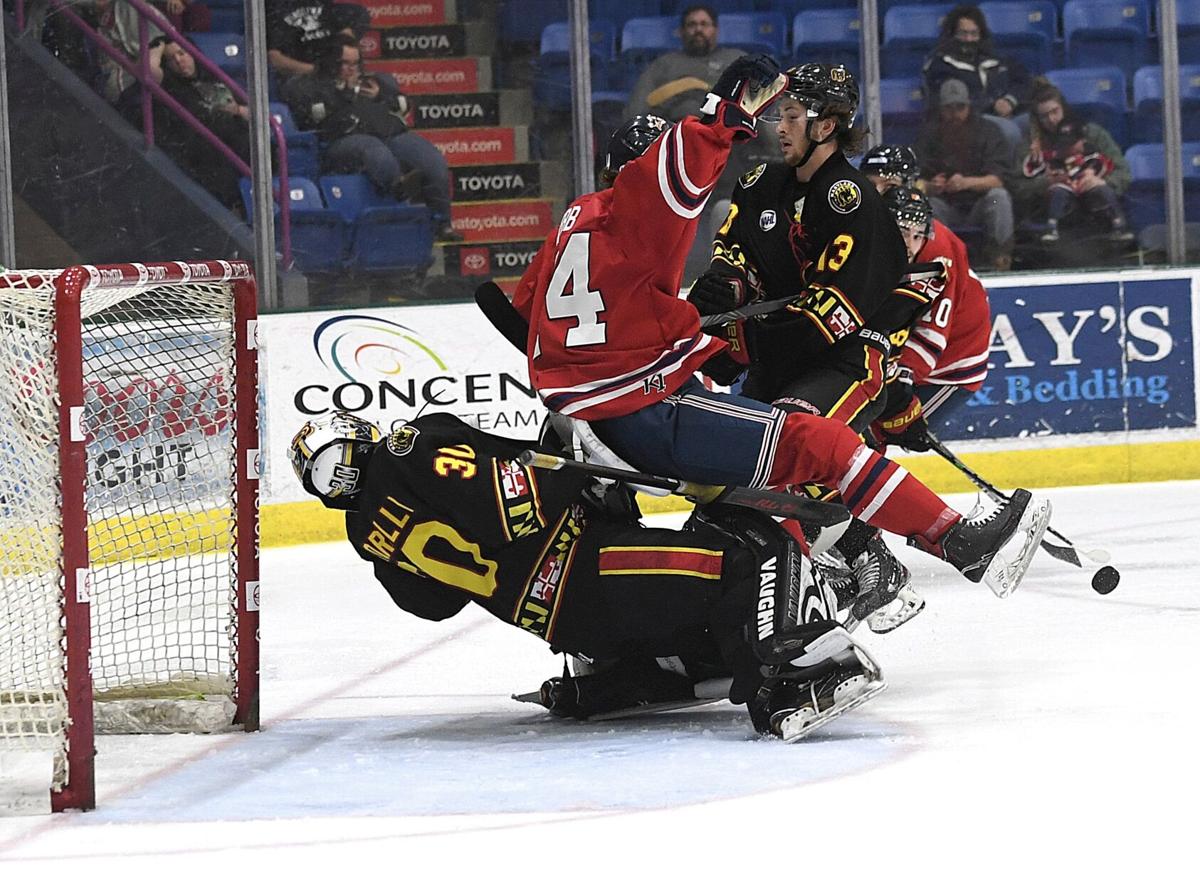 Johnstown Tomahawks' Ethan Webb gets pushed into Maryland goalie Michael Morelli by the Black Bears' Conor Cole during the first period of a game Saturday, April 10, 2021, at 1st Summit Arena. 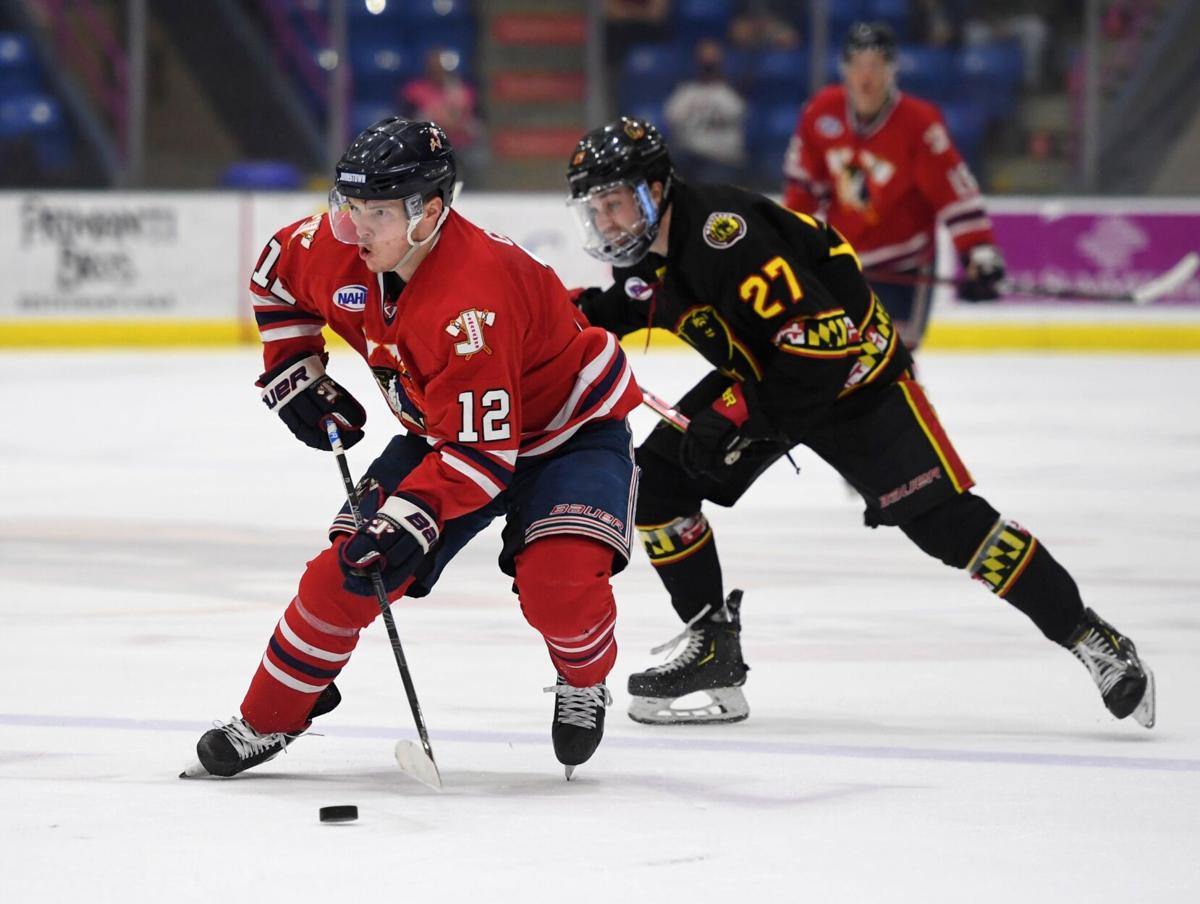 Johnstown Tomahawks' Ethan Webb gets pushed into Maryland goalie Michael Morelli by the Black Bears' Conor Cole during the first period of a game Saturday, April 10, 2021, at 1st Summit Arena.

Even though the first-place ’Hawks controlled the tempo throughout the final two periods, the deficit was too much to overcome as the fourth-place Maryland Black Bears won 3-2 and swept a pair of weekend contests.

“I don’t think we had a great first period, for sure,” Johns- town coach Mike Letizia said.

“We were late to pucks. We kind of found bad habits.

The Black Bears took a three-goal advantage less than 2 minutes into the second period.

Tanner Rowe netted his fourth of the season at 1:35 of the second period.

“Finally, we woke up and carried the play for the remainder of the game, but that hole was dug,” Letizia said. “Sometimes as hard as you try, it’s not in the cards for you. The goalie (Michael Morelli) made some huge saves, especially in the third, a one-timer, a big save.”

The Tomahawks outshot the Black Bears 14-3 in the middle frame and were rewarded on Daniel Tkac’s eighth goal of the season at 16:38. Reed Stark and Ethan Webb assisted as the ’Hawks closed within 3-1.

T.J. Koufis scored 3:58 into the third to pull the Tomahawks within a goal. Stark and Tkac had assists.

“That line had both of our goals,” Letizia said. “We juggled some things up in the second. Those three have had some success together and success against Maryland.

“Credit to them. They just got pucks to the net.”

The Tomahawks pressured the Black Bears throughout the final period, outshooting the visitors 16-1 in the third and 30-4 over the final 40 minutes. Morelli had 39 saves for the Black Bears.

“It’s definitely a learning situation for us,” Letizia said. “In our home building, a team came in and did a good job.”

“It’s obviously a place where we want to make sure we take care of business,” Letizia said.

of 1st Summit Arena. “Unfortunately, the last couple weeks we’ve dropped a few – all one-goal games. They’re tight, but you go down the stretch, a lot of home games, we have to make sure we’re doing what we’re supposed to do.”

The Tomahawks host the New Jersey Titans for a pair on Friday and Saturday next weekend.

The Johnstown Tomahawks have been so good at home this season that even after the final round of Friday night’s overtime shootout, fans probably still expected a miracle finish.