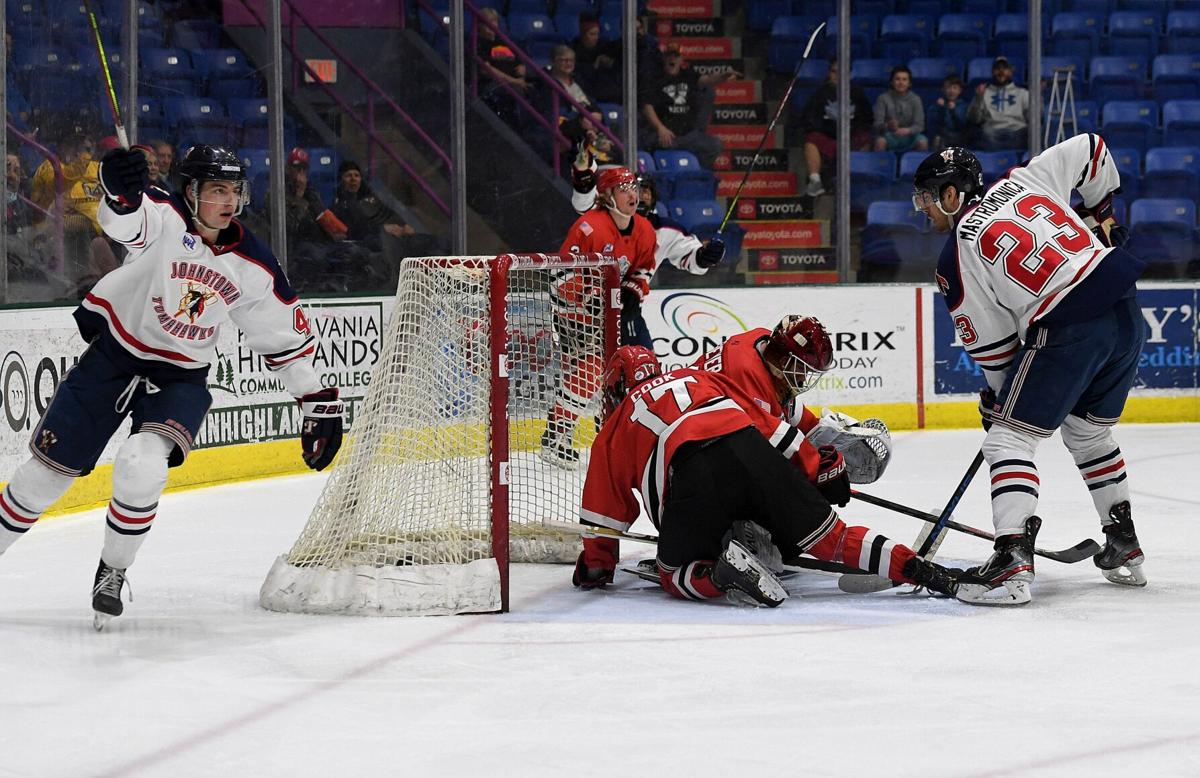 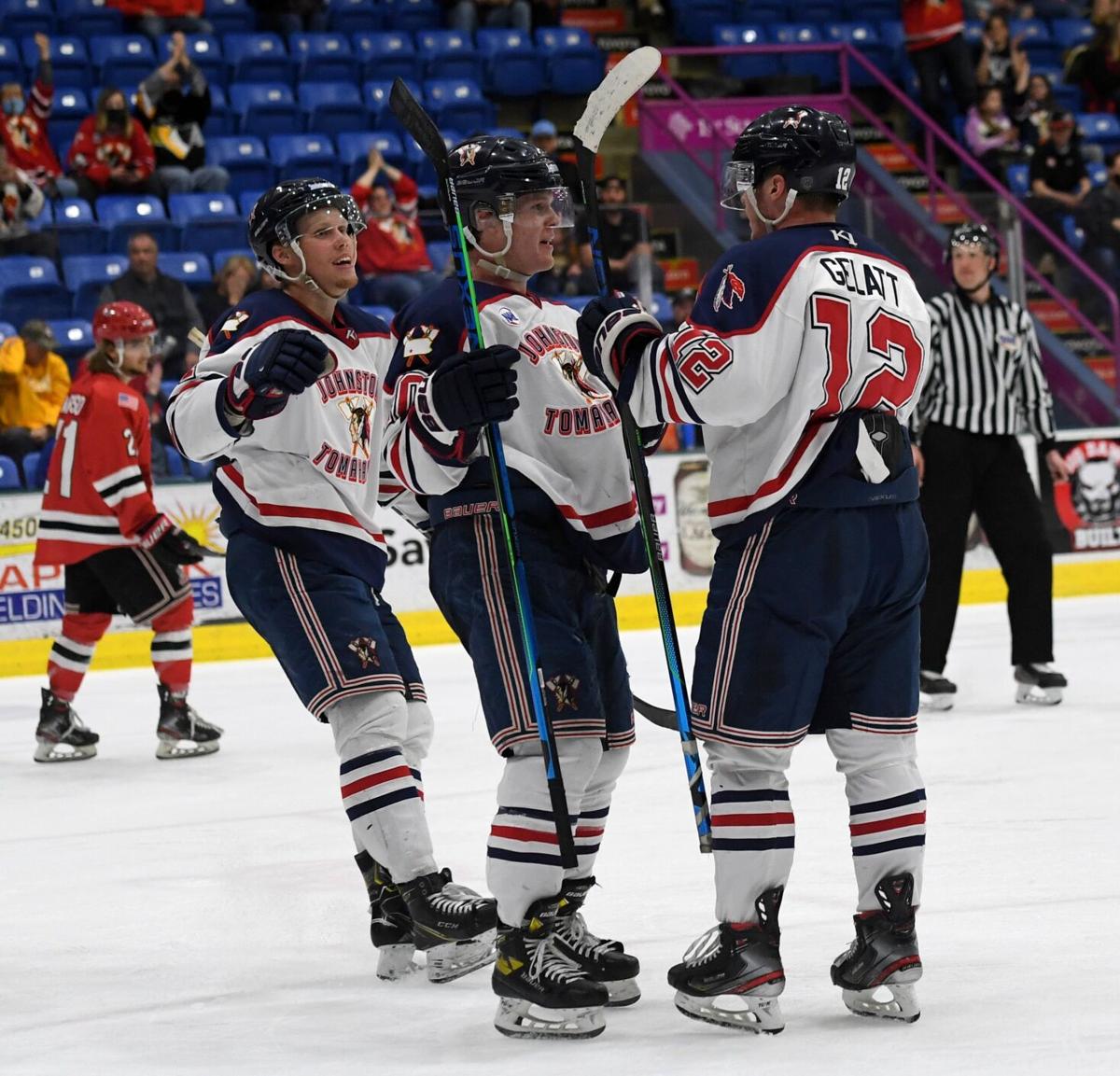 The New Jersey Titans have had the Johnstown Tomahawks’ number recently this season, having captured the last three matchups between the two teams by extremely close margins.

However, the Tomahawks put an emphatic end to that streak Friday night as they dominated the Titans from the opening faceoff to the final horn with an 8-1 victory at 1st Summit Arena @ Cambria County War Memorial in the opener of a two-game weekend series.

Johnstown (27-7-4) continued to set the pace in the NAHL East division, as Reed Stark and Will Margel each scored a pair of goals and tallied an assist to key a potent Tomahawks attack that outshot the third-place Titans (20-13-7) by a 43-20 margin.

“This was one of our more complete efforts,” said Johnstown coach Mike Letizia. “We played the right way consistently the whole game.

“Last Sunday (5-4 home loss to the Northeast Generals) was a wake-up call and the guys really responded.”

Josh Graziano was nearly flawless in net for the Tomahawks, as he turned away 19 of 20 shots to improve to 7-3-2.

“We’re fortunate to have two No. 1 goalies,” Letizia said. “Josh had a strong night, and we gave him a lot of offensive support.”

Stark got things going for Johnstown when he opened the scoring at the 8:21 mark of the first period, with Alex Gritz and Max Smolinski picking up assists on the play. Later in the period, Daniel Tkac scooped up a loose puck near the red line, skated in on the right side, and zipped a cross-ice pass to Stark, who then buried a shot from the left of the crease for his eighth goal of the year to make it 2-0 with 5:39 remaining.

Johnstown continued to pour it on in the second period, scoring three straight goals while outshooting the Titans 17-3.

John Gelatt notched his team-leading 21st goal of the year at 9:27 after taking a feed from behind the net by Holt Oliphant and rifling it in from the left circle to cash in a power-play opportunity.

The Tomahawks later scored twice in less than a two-minute span to take a commanding 5-0 advantage. Tkac ripped a turnaround shot from between the circles for his fifth goal of the year on assists by Jared Gerger and Max Neill at the 16:28 mark, and Margel followed that with his 15th goal of the season at 18:16. Gelatt and Liam Whitehouse assisted on the play.

New Jersey then got on the board with just 1:06 left in the second on Zach Nazzarett’s goal, assisted by Brad Zona.

Johnstown kept up the momentum to close out the game, with three third-period goals. Brendan Clark cashed in the Tomahawks’ second power-play goal of the night at 7:38, with Anthony Mastromonica and Alex Gritz picking up the assists. Just over two minutes later, Oliphant found the net for the eighth time this season on a breakaway after a feed from Stark.

Margel subsequently capped off the big night for his squad with his 16th goal of the year at the 14:11 mark on an assist by Gelatt. Margel is on a torrid scoring pace, with seven goals in the last three games for Johnstown.

“We had to be tougher and we had to be better after Sunday,” Letizia said. “We got a full 60-minute effort tonight.”

The two teams will wrap up the series at 7 p.m. Saturday.

The Johnstown Tomahawks will conclude their seven-game homestand this weekend. NAHL East Division foe New Jersey will face the Tomahawks in a two-game series, which begins at 7:30 p.m. Friday and wraps up at 7 p.m. Saturday at 1st Summit Arena @ Cambria County War Memorial.