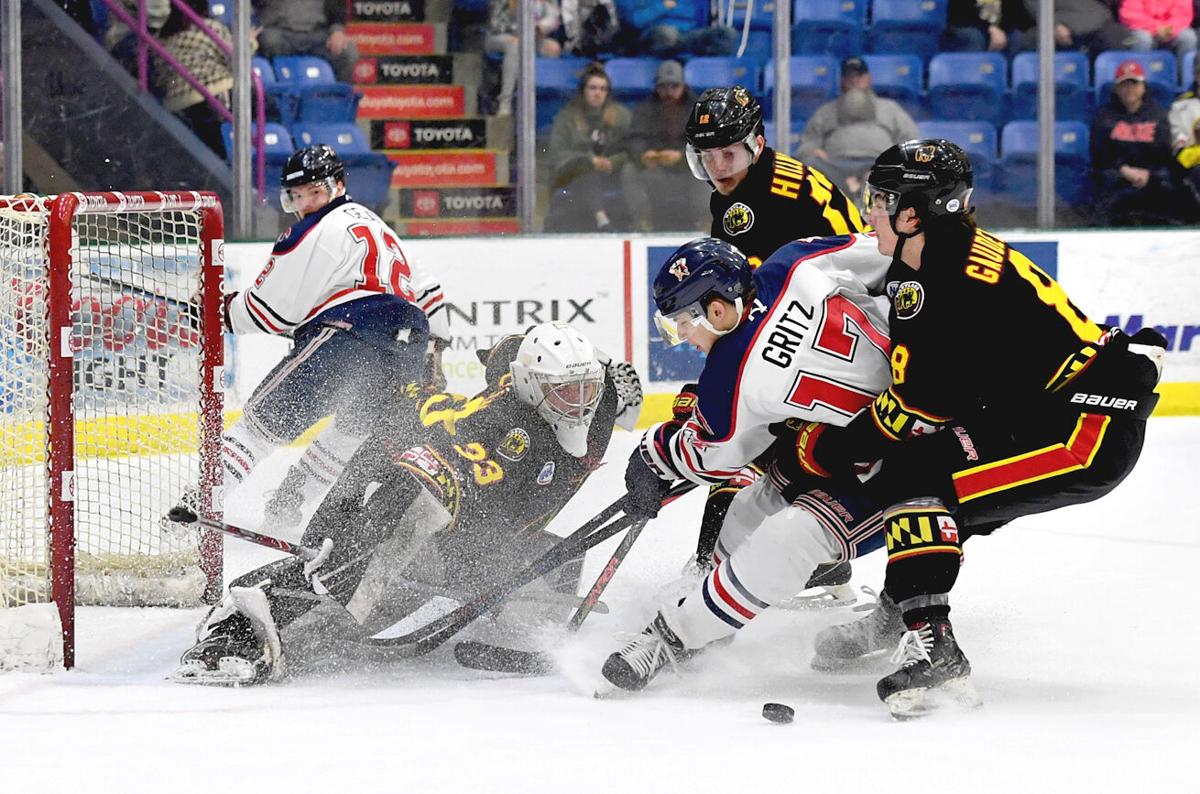 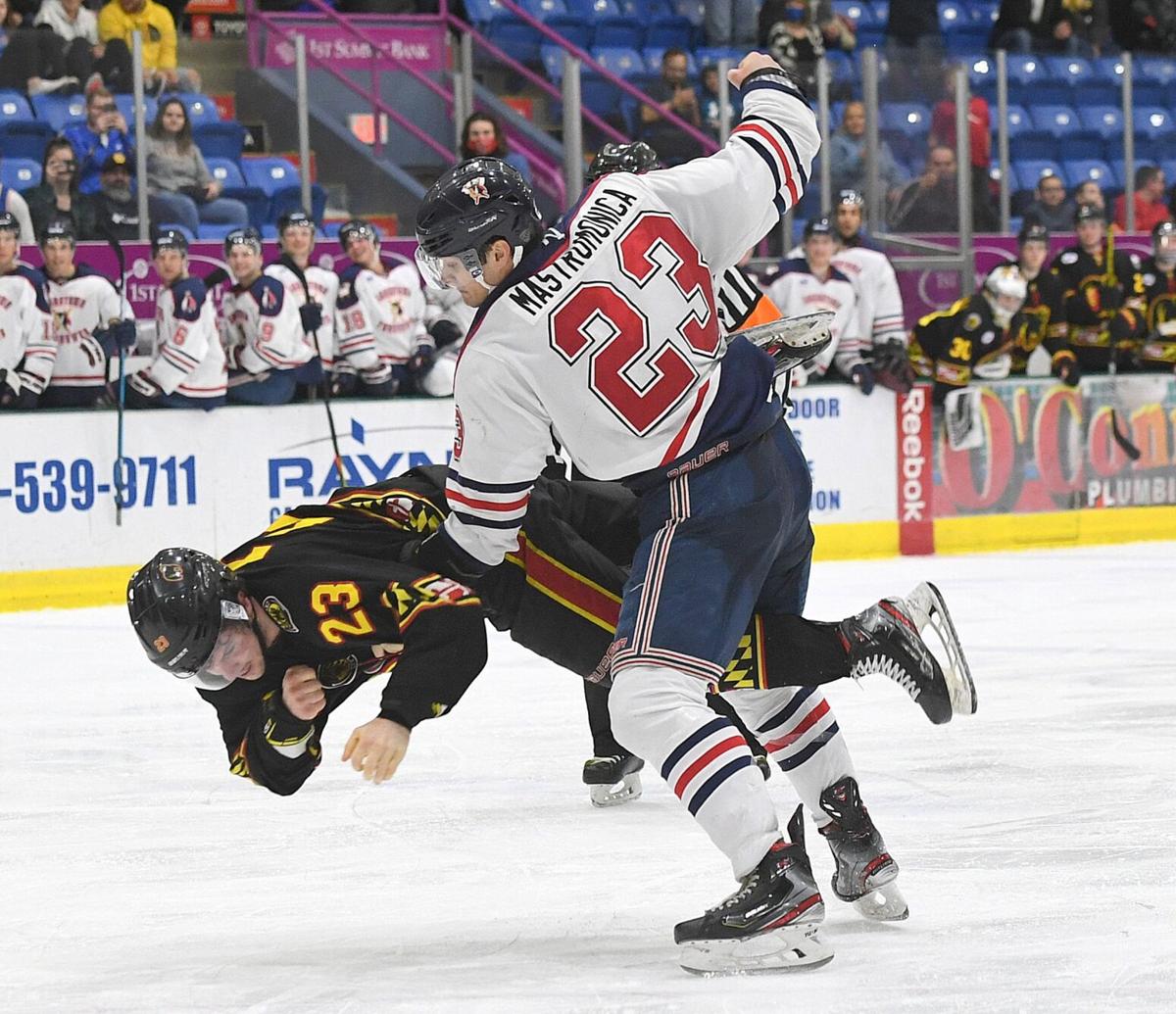 The Johnstown Tomahawks have made the most of home-ice advantage all season, and after returning to 1st Summit Arena @ Cambria County War Memorial on Friday night for the first time in almost a month after a six-game road trip, that success continued with a 5-2 victory over the Maryland Black Bears.

Johnstown (23-6-4) controlled the action from the opening minutes, scoring a pair of first-period power-play goals and eventually building a 5-0 advantage early in the third while outshooting Maryland (12-17-5) 38-23 on the night.

“We were able to get a couple early goals and build on it,” said Johnstown coach Mike Letizia. “We got a little sloppy at the end, but we’ll take the two points.”

Forward Will Margel scored twice for the Tomahawks, while teammates Anthony Mastromonica and Max Smolinski each added a goal and an assist.

Johnstown goaltender Sam Evola turned away 21 of 23 shots to improve to 13-3-2 and was named the contest’s first star.

“We love playing here,” Evola said. “This is the best rink in all of junior hockey. We played a solid game all around, and our defense did a great job keeping their opportunities at a minimum.”

Margel set the tone for the contest by blasting a shot from the right point just as a Black Bear penalty expired 3:45 into the opening period. Mastromonica and Holt Oliphant picked up assists on the play.

Later in the period, Smolinski found the net for the first time this season to cash in another power-play opportunity for Johnstown at the 17:17 mark, with John Gelatt and William Persson assisting on the goal.

“We had the puck a lot and were able to get a high volume of shots on the power play,” said Letizia.

It didn’t take the Tomahawks long to extend their lead in the second period, as Mastromonica notched his 10th goal of the season just 1:25 in after wristing one from between the circles on a feed by Alex Gritz. Jay Ahearn also picked up an assist on the play.

Johnstown made it 4-0 at the 15:32 mark of the second when Ryan Poorman stole the puck near the Maryland blue line, skated in, and snapped it past Maryland goaltender Hannes Kollen to put the Tomahawks firmly in command of the game.

Margel tallied his second goal of the game and ninth of the season 9:06 into the third period as he converted Johnstown’s third power play of the contest, with Jared Gerger and Smolinski providing assists.

The remainder of the third period was highlighted by heated action that produced three fights, five 10-minute misconducts, and one game misconduct penalty. Maryland averted the shutout at the 11:51 mark on Jesse Horacek’s first goal of the season, and Horacek scored again with just 1:24 left in the game to set the eventual final.

“We got a little sloppy in our zone and gave them too many good looks in the third,” Letizia said.

The Tomahawks will continue their seven-game homestand at 7 p.m. Saturday against the Black Bears to conclude the weekend series.

After a month away, first-place Tomahawks return to 1st Summit Arena

The Johnstown Tomahawks return to 1st Summit Arena @ Cambria County War Memorial for the first time in nearly a month this weekend.