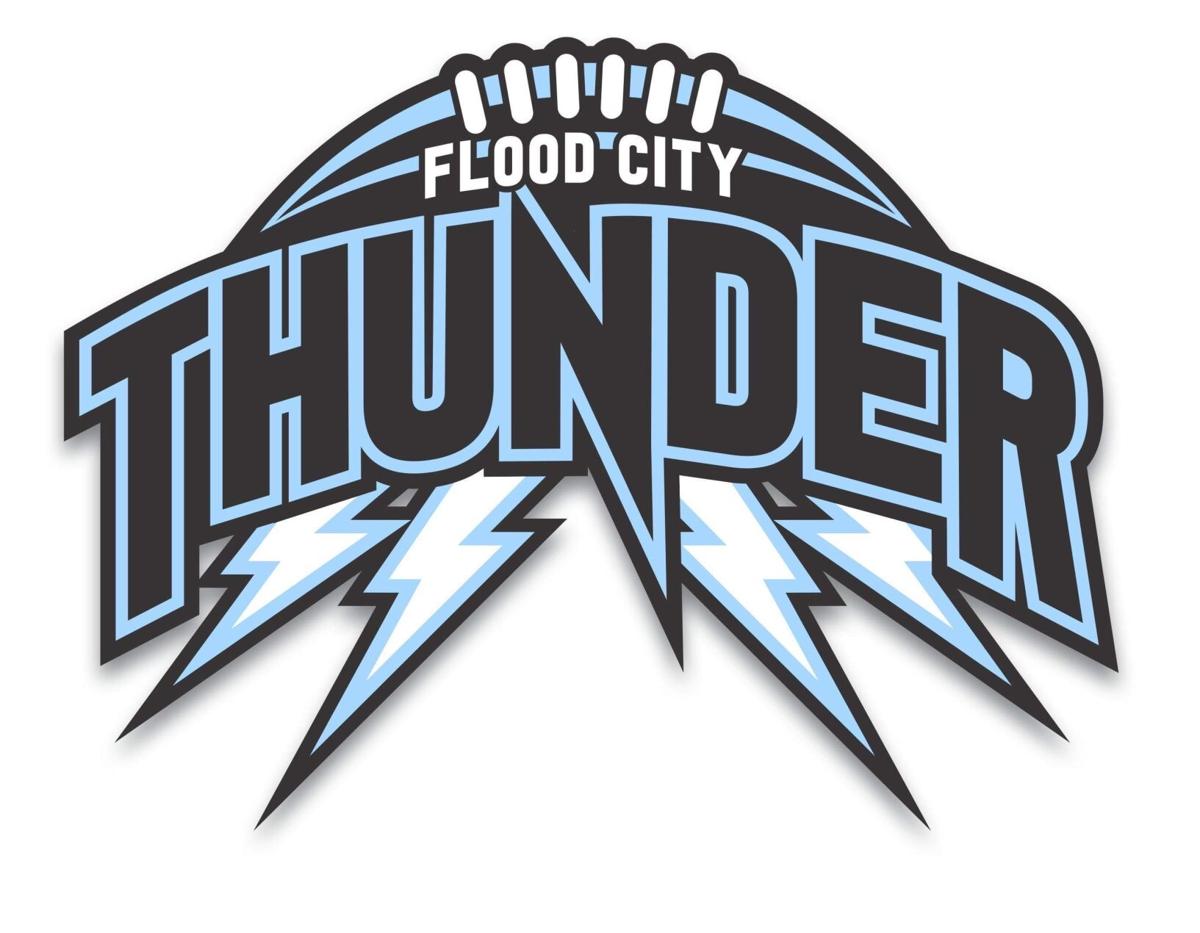 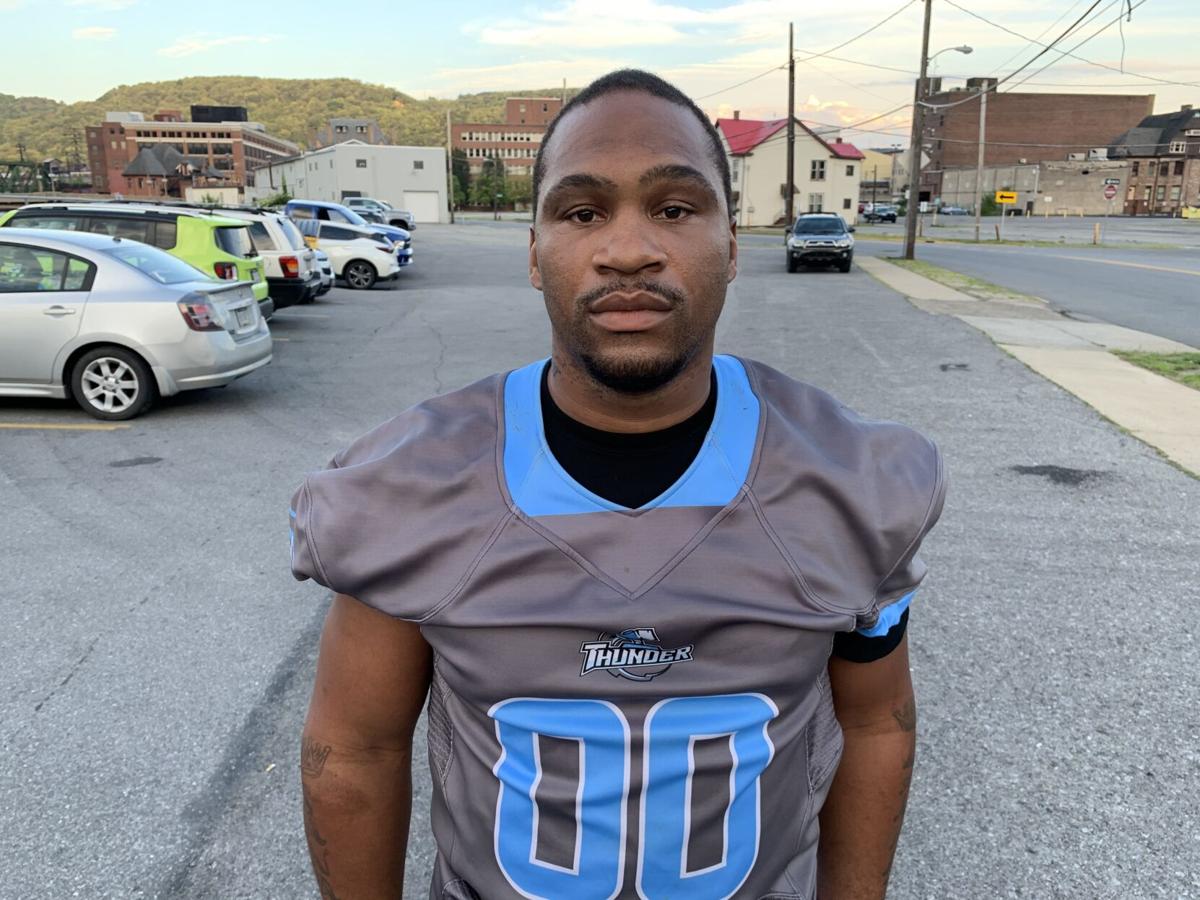 The Thunder revealed signs of significant improvement in a 37-33 loss to the Jefferson County Jaguars at Sargent’s Stadium at the Point.

“We had a chance to win on the last play of the game,” first-year Thunder head coach Chuck Kassick said. “Coming from what they did last year to this year, the future is bright here. The Jaguars, give them credit.

“They made the plays when they needed to and came out on top.”

Flood City went 1-6 last season, with the lone win coming via a forfeit. Jefferson County was 2-5 and beat the Thunder 22-21 in the Johnstown team’s first home game of 2020.

This time, after trailing by 10 points late, the Thunder surged back to within four points and forced a stop. Flood City got to the Jaguars 4-yard line, but simply ran out of time after an incomplete pass on the last play.

Speed had an interception, a fumble recovery and two stops on fourth-down plays against the Jaguars.

“Progress,” Speed said. “I think we are getting better from where we were last year. But this year we took a couple steps up in this game on defense and offense. It’s more organized and more professional.”

The Jaguars advanced to the Thunder 10-yard line, but the drive stalled and the host team took over at its own 10 with 1:09 left. Flood City converted a first down and later moved to the 4-yard line – first-and-goal with 6.3 seconds left and no time outs.

What was left of a crowd estimated at 200 stayed to support the home team after the last pass fell to the ground.

“But we’ve just got to keep getting better week in and week out. We’re a real inexperienced team, but it’s going to pay off real soon.”

The organization took strides, but still encountered some unexpected twists outside the yard lines on Saturday.

A Pitt-Johnstown baseball doubleheader didn’t end until after 6:30, which eventually led to a 7:30 p.m. starting time, 30 minutes late.

The big football scoreboard wasn’t in operation, and the baseball scoreboard malfunctioned. The UPJ/Mercyhurst University linescore was frozen on the screen monster board throughout the Thunder game.

On the field, there were more positives than negatives.

“We’ve got a way better squad this year and they’ve definitely added some pieces as well,” said Jefferson County receiver Dane Bright, who had three touchdown receptions and a catch for a conversion. “They’re no joke.

“It was a nail-biter all game.

“Definitely improvement from both sides.”

“We’ll keep working every week,” Kassick said. “We know where we’ve come from Day 1 to now three months later. We’ve got a lot of growing to do.”

The Jaguars’ Jimmy Werner recorded a sack for a safety on the ensuing drive, making it 10-7.

Davis found Bright open in the end zone on the first play of the second quarter, but Flood City’s Speed made the stop on the conversion attempt keeping the Jaguars’ lead at 16-7.

Cook ran a 5-yard, two-point conversion to pull Flood City within 16-15 with 6:50 left in the second quarter.

“There is a reason he played quarterback last year on offense,” Kassick said of Speed. “He’s a quarterback on defense, too. He knows what’s going on almost before it happens.”

In the closing minute of the first half, Flood City’s Josh Horner recovered a fumble. The Thunder added a long Powell TD pass to Roderick Rosiek in the final seconds. The conversion pass failed and Flood City led 21-16 at the half.

“A lot of adversity out here,” Jefferson County’s Bright said. “We’re just happy to come away with the win. Keep grinding. That’s all we have to do.”

Speed came up with the stop on a Jaguars fourth-and-5 run, giving the ball back to Flood City.

The Thunder responded with a solid drive capped by Powell’s run into the end zone for a 27-16 advantage with 3:47 left in the third.

The Jaguars used a long return and a big run to set up Davis’ 1-yard TD pass to Bright, who also leaped for a conversion reception to pull Jefferson County within 27-24. The score stood through three quarters.

Davis later hit Bright for a 40-yard touchdown. The Jaguars missed the conversion pass but led 30-27 with 9:40 left.

After the Thunder turned over on downs, the Jaguars Davis hit Devin Clark for a 9-yard touchdown. The one-point conversion pass gave Jefferson County a 37-27 advantage with 4:01 on the clock.

The Thunder answered quickly. Quarterback Powell won a race to the end zone to get Flood City within 37-33 with 3:10 remaining.

“We gathered together a little bit. (General Manager/player) Quenteen (Robinson) gathered the guys together,” Kassick said. “He’s been in this situation many times before. We told the guys, ‘Look, that clock doesn’t say 0:00. Let’s keep playing.’

“We pushed and shoved, got the score, made a defensive stop. We were 4 yards short. That’s it.”