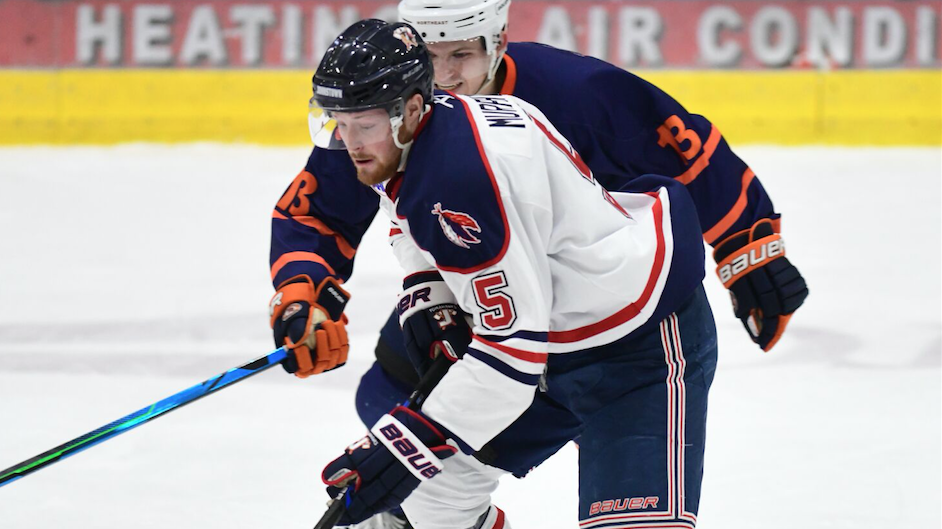 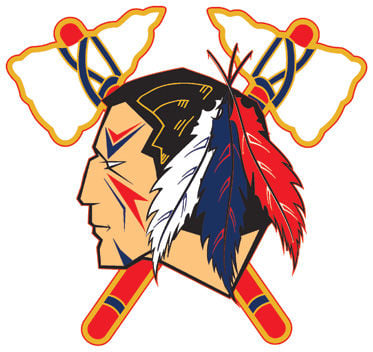 Andrew Murphy has bought into the Johnstown Tomahawks’ team-first mentality during his three seasons with the North American Hockey League team.

The 20-year-old forward from Youngstown, Ohio, revealed as much in a big way during two games against the second-place Maine Nordiques at the Androscoggin Bank Colisee last weekend.

Murphy collected three goals in two games as the first-place Tomahawks outscored the Nordiques by a combined 15-2 (8-1, 7-1) margin to extend their lead in the East Division to seven points.

“It definitely felt good to crack the scoring column,” Murphy said. “It helps too when it helps the team.

“Everyone was dialed in during the weekend. We were looking forward to getting the four points.”

The Tomahawks will continue their quest to pile up points when the Maryland Black Bears visit 1st Summit Arena @ Cambria County War Memorial on Friday (7:30 p.m.) and Saturday (8 p.m.).

“It was pretty simple, just doing the things right and helping the team out,” Murphy said. “It wasn’t just my effort. It was everyone’s effort. I wouldn’t have put in those goals without my teammates.

“I listened to what coach was telling me to do.”

Last season Murphy had 11 goals and 20 points in 42 games, when the COVID-19 pandemic wiped out the season.

This season, the deep and talented Tomahawks roster has meant that players must both be patient and earn their ice time. Minutes are a commodity.

Healthy scratches also are not uncommon. Winning is the priority.

“It’s not too hard. We all practice together like we’re going to play for the weekend,” Murphy said. “It comes up to who coach puts in. If you’re in, you do your job. If you’re not in, you stick up for your teammates. You don’t hang your head. You do your job and everyone else sticks up for each other.”

The approach has helped the Tomahawks go 30-7-4 with 64 points atop the East. Johnstown has won four straight games and 14 of the past 17 contests.

Letizia appreciates the dedication and team-oriented outlook by players such as Murphy.

“Murph has a lot of experience here in Johnstown,” Letizia said. “He has been a great kid with loads of character. I know this season he has faced some ups and downs at times, but his positivity and team-first attitude has never wavered.”

Nine different players scored at least one goal in the two games at Maine. Murphy netted one in last Friday’s 8-1 victory and added two in Saturday’s 7-1 win.

“In an extremely important weekend for us, he stepped up and delivered,” Letizia said.

“That’s what you need. In order to have any overall success, we need to rely on everyone in different ways. Offensively, defensively, and in the net. Contributions via depth are so important.”

Will Margel of the Johnstown Tomahawks was named Forward of the Month for March by the North American Hockey League.