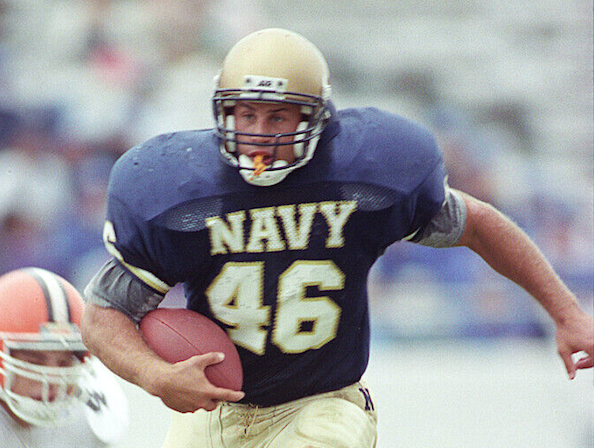 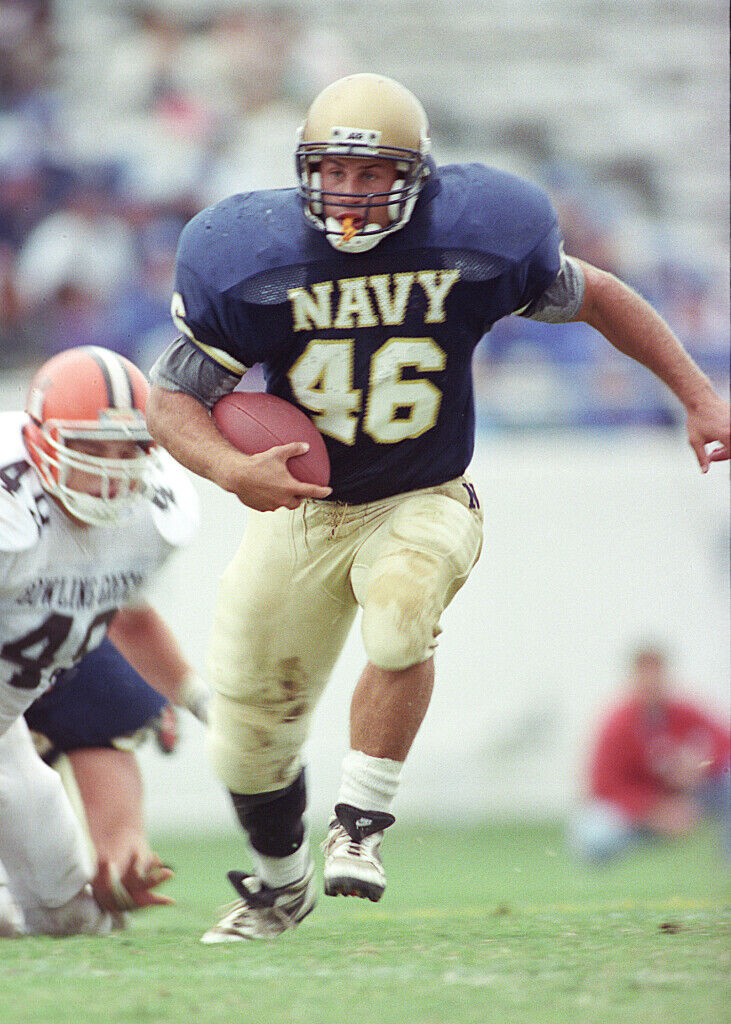 Brad Stramanak’s athletic career too often was a case of battles with wounded knees.

Beginning while he was a football and wrestling standout at Westmont Hilltop High School and continuing throughout his football career at the United States Naval Academy, Stramanak had six knee surgeries, including complete reconstruction surgery once on each knee.

“At no point in time after the knee injuries did anyone say, ‘Give it up,’ ” Stramanak said.

“Even if they had said it, I’d have fought to keep playing.

“It was great to come back from things and perform and represent Johnstown on the national stage.”

That representation moves forward with his induction into the Cambria County Sports Hall of Fame on Saturday.

Even now, as a 50-year-old father of five sons, Stramanak routinely has arthroscopic knee procedures.

“I’m probably up to about 15 knee surgeries; I get them cleaned out every couple of years,” Stramanak said with a matter-of-fact tone others might use in discussing periodic cleanups of the garage.

“I’ll need knee replacements at some point, but I’m in no hurry to get them.”

This is the sort of attitude that impressed Stramanak’s coaches and teammates.

Speaking of Stramanak during the player’s senior season, then-Navy coach George Chaump said, “Brad is a great story, a winner. He has that toughness. Give him the ball close to the goal line, and he’ll find a way to get it across.

“His spirit is contagious. You have to have a couple of guys like Stramanak on your team.”

Stramanak attributes that spirit to his roots.

“It’s where you came from, the western Pennsylvania work ethic,” he said. “It’s the town I grew up in. You had to have a chip on shoulder and work hard. Coming from a Double-A school and playing Division I football is a big jump. It was all based on work.”

Stramanak recalled the sense of community that, back in the day, had him working out in the offseason with a couple of guys who had played at Greater Johnstown High School, Chris Peduzzi and Greg Gardill.

At 5-foot-11, 220 pounds in his playing days at the Naval Academy, Stramanak was a punishing runner and blocker who was counted on to get the tough yards from his fullback position. He scored 10 rushing touchdowns as a senior in 1993, 16 for his career with the Midshipmen. His career rushing average was 3.8 yards a carry.

As a freshman, Stramanak scored a touchdown vs. rival Army in two different games, first in the plebe game, and then on a 45-yard run in the varsity game.

“I served on a surface ship at first, but I volunteered for submarine duty and did that for two years,” Stramanak said. “The first time out as a test beforehand was a little tough. It’s a little rough to sleep when the bunk above is you is seven inches off your chest. But when I went out the second time, I was good.”

These days, Stramanak lives in Annapolis, Maryland, and is a sales manager in the Washington, D.C., market for Johnson Controls.

Upon hearing of his selection to the Cambria County Hall, Stramanak began some research.

“As I looked through the folks who have been inducted and saw the caliber of people and athletes who are in there, it’s truly an honor to be thought of in that regard,” he said. “I also questioned: ‘Why me?’ ”

That’s a question Stramanak could have been forgiven had he asked that during his playing days, when the knee injuries kept coming. But he didn’t.

Beginning in 1970, when he took over as the school's first full-time athletic director, and running through his retirement in 2001, Ed Sherlock was the visionary, the architect, the builder of what now is a 15-team NCAA Division II operation.