NYC reports 1st coronavirus death of a person under 18 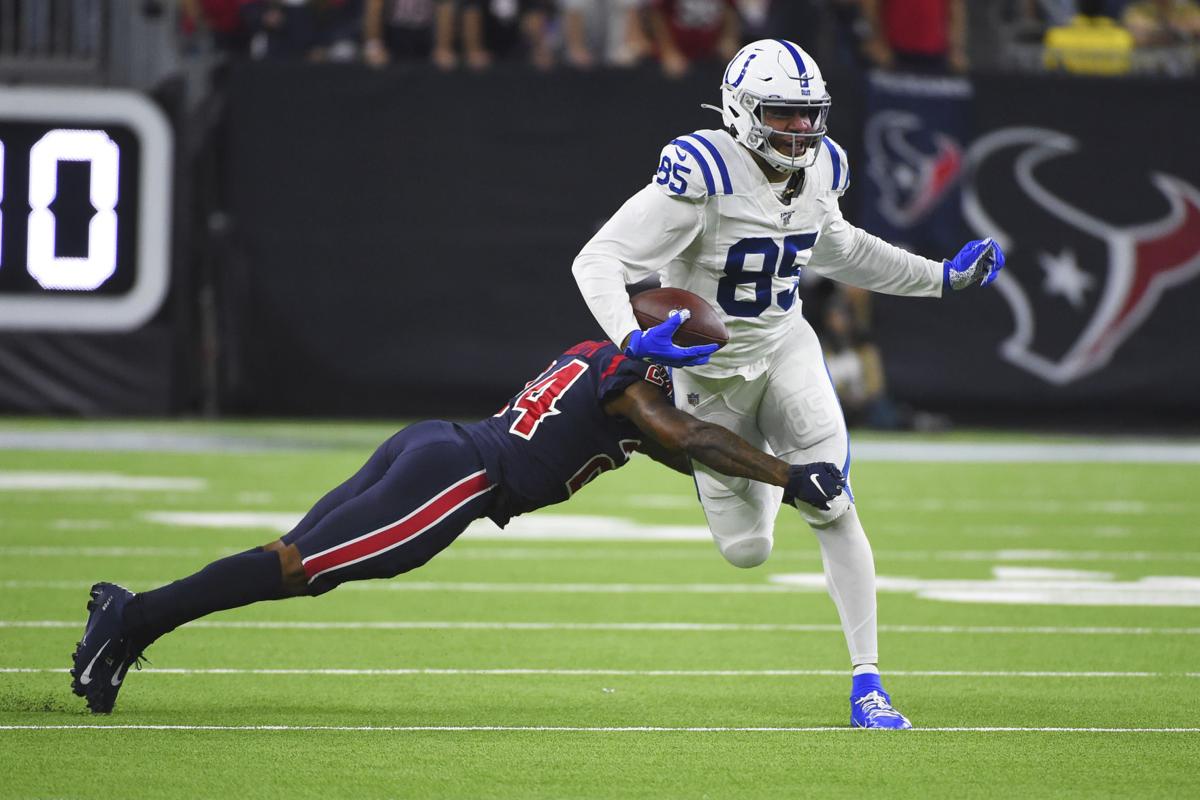 The offensive line received a little veteran experience, all in the name of helping the Pittsburgh Steelers make some headway in the new-look AFC North.

The Steelers have agreed to terms with tight end Eric Ebron on a two-year deal worth $12 million, providing Roethlisberger with another experienced red zone target.

The team also agreed to terms with guard Stefen Wisniewski, bringing the Pittsburgh native home on a two-year deal just a month after Wisniewski won a Super Bowl with the Kansas City Chiefs.

The Steelers even executed a rare in-division trade, acquiring backup defensive tackle Chris Wormley and a 2021 seventh-round pick from Baltimore for a 2021 fifth-round pick.

Ebron, 27, is nearly two years removed from a breakout 2018 in which he caught 13 touchdown passes in Indianapolis, reaching the Pro Bowl for the first time in the process.

His stats took a serious dip in 2019 while dealing with a lingering ankle injury that ended his season in late November. Ebron, the 10th overall pick in the 2014 draft, finished with just 31 receptions for 375 yards, his lowest totals in each category since his rookie year in Detroit in 2014.

The Steelers reached out in hopes of giving Roethlisberger another proven option, particularly around the goal line. Pittsburgh has struggled to find a consistent playmaker at tight end since Heath Miller retired in February 2016.

Vance McDonald has shown flashes since arriving in a trade with San Francisco in August 2017, but he averaged just 7.3 yards per catch last season as the Steelers' offense sputtered without Roethlisberger, who was lost for the year in Week 2 with an elbow injury.

Pittsburgh acquired Nick Vannett from Seattle last September looking for a jolt, but Vannett caught only 13 passes in 13 games and will now likely walk as a free agent.

Wisniewski grew up in Pittsburgh and played at Penn State before embarking on a nomadic pro career that's seen stops in Oakland, Jacksonville, Philadelphia and Kansas City. Wisniewski was a second-round pick in 2011 and also earned a Super Bowl ring with Philadelphia in 2017-18. His arrival gives the Steelers a dose of experience on the offensive line after longtime guard Ramon Foster retired and versatile backup B.J. Finney signed with Seattle in free agency. Wisniewski, who turns 31 on Sunday, will be in the mix for the starting job at left guard.

“Guess what Steelers fans ... I'm coming home!!!!! And I'm coming to win!!!!” Wisniewski tweeted late Thursday night while sharing a picture of him pointing to the Steelers' cap he was wearing.

The Ravens used a third-round pick on the 6-foot-5, 300-pound Wormley in 2017 but he's spent the majority of his young career as a backup. Wormley has 2 1/2 sacks and 54 tackles in 39 games, including 15 starts. Pittsburgh, however, is in need of a big body to put in the mix after nose tackle Javon Hargrave signed with Philadelphia. Wormley has one year left on his rookie contract.

The moves capped a busy week for the Steelers. Pittsburgh placed the franchise tag on outside linebacker Bud Dupree on Monday and began the new league year by agreeing to terms with fullback Derek Watt and tendering contracts to restricted free agents Matt Feiler and Mike Hilton.

While bringing in Ebron and Wisniewski address the team's most glaring needs, they likely are still searching for some proven talent at linebacker after cutting Anthony Chickillo and Mark Barron and letting Tyler Matakevich sign with Buffalo. The depth behind the four starters – Dupree and T.J. Watt at the outside with Devin Bush and Vince Williams inside – is thin.

Copyright 2020 The Associated Press. All rights reserved. This material may not be published, broadcast, rewritten or redistributed without permission.

The Pittsburgh Steelers turned the opening day of free agency into a family reunion for the Watt family.