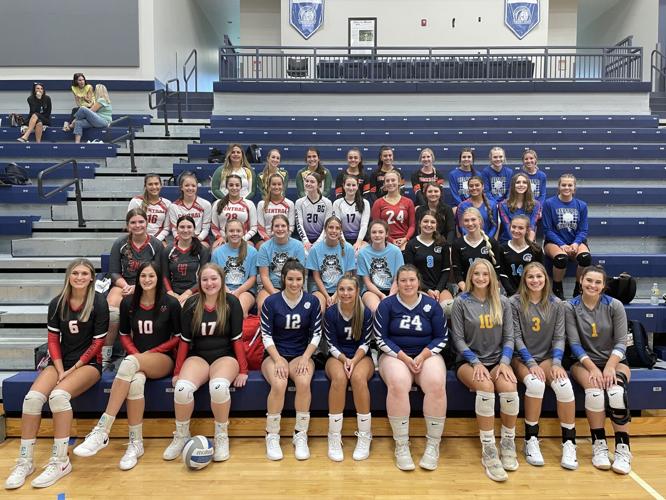 Members of all 13 volleyball teams within the Laurel Highlands Athletic Conference were present at the annual media day event on Thursday, Aug. 11, 2022, at Mount Aloysius College. 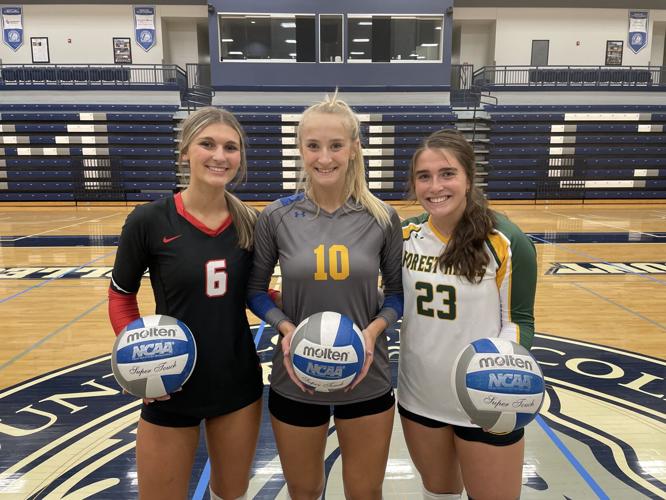 Members of all 13 volleyball teams within the Laurel Highlands Athletic Conference were present at the annual media day event on Thursday, Aug. 11, 2022, at Mount Aloysius College.

CRESSON, Pa. – On the strength of five returning starters and one additional letterwinner, Somerset edged out Forest Hills in Thursday’s Laurel Highlands Athletic Conference volleyball coaches’ poll conducted by The Tribune-Democrat during the media day event at Mount Aloysius College.

“It’s a goal for us,” Somerset senior middle hitter Shawna Walker said of possibly winning her school’s first LHAC crown since 2016. “We have really good chemistry together. Most of our starting lineup is seniors, so I think we’ll be good this season.”

Somerset will be led by first-year coach Scott Shirley. The Golden Eagles fell in the 2021 District 5-6 Class 3A championship match to Hollidaysburg.

“He really pushes us,” Walker said.

With an array of capable hitters, the Golden Eagles are working to shore up their back row.

“We have a really good front row,” Walker said. “Right now, we’re working on fixing our back row to get a little bit stronger. I think we should be good.”

Forest Hills, the 2020 LHAC champion, netted four first-place votes and 157 points. With only one senior on the roster, the Rangers are brimming with young talent. Sophomore outside hitter Mya Colosimo earned a spot on the Pennsylvania Volleyball Coaches Association all-state team in 2021 after totaling 423 kills, 326 digs and 54 aces.

“We did lose a couple pieces, but a lot of our freshmen coming up are doing really well,” Colosimo said. “They’re really getting up to speed with the higher pace.

“They’re catching on really quick. We have a young team, which I think is good because we’re building it up. We’re going to have a good team for years to come because we’re all young.”

“Philipsburg-Osceola has a long-standing reputation for year after year having successful seasons,” Forest Hills coach Cassie Layman said. “Hollidaysburg is a bigger school and always has a solid squad. These two squads and the others will add to an already tough conference.”

Central Cambria advanced to the District 6 Class 2A title match, but fell to 2020 PIAA finalist Philipsburg-Osceola.

“We’re all trying to work together right now in getting the new girls comfortable with playing against better competition. We’re just trying to go game by game and go through the season that way.”

Bedford was picked to finish fourth after it edged Bishop Guilfoyle in five sets for its first LHAC crown in 2021. The Bisons bring back a solid nucleus from that championship squad that won their first District 5 title since 1983.

“We want to do the same thing we did last year,” said Bedford senior middle hitter Bailey Stahlman, who racked up 300 kills and 80 blocks in 2021. We still have talented girls coming up that we’re practicing with now and helping them get better.”

Chestnut Ridge finished fifth in the preseason poll. The Lions, under the direction of first-year coach Kayla Margaret, bring back six starters and nine letterwinners.

“Girls are really going to fight for spots this year,” said Chestnut Ridge senior middle hitter Belle Bosch, an all-state selection in 2021 after she totaled 417 kills, 247 digs and 174 blocks. “We have some pretty talent coming up, so I’m really excited.“

Bishop Guilfoyle lost the past two LHAC title matches, but won a 2021 District 6 Class 1A crown. The Marauders finished 2021 ranked No. 6 in the state.

Bishop McCort returns six starters in 2022 and will be hoping to climb the league standings.

“We only lost one senior from last year,” Bishop McCort senior middle hitter Bria Bair said. “Most of our whole team is coming back. What’s good about us is we’re all super-close and really good friends outside of volleyball, so hopefully that carries into the season. We might surprise a few teams this year. We’re not a very big team, but we have a lot of quick and athletic girls.”

Forest Hills sophomore outside hitter Mya Colosimo was tabbed as the MaxPreps/American Volleyball Coaches Association player of the week for Pennsylvania after helping guide the Rangers to a 2-1 record this past week (Aug. 29-Sunday).