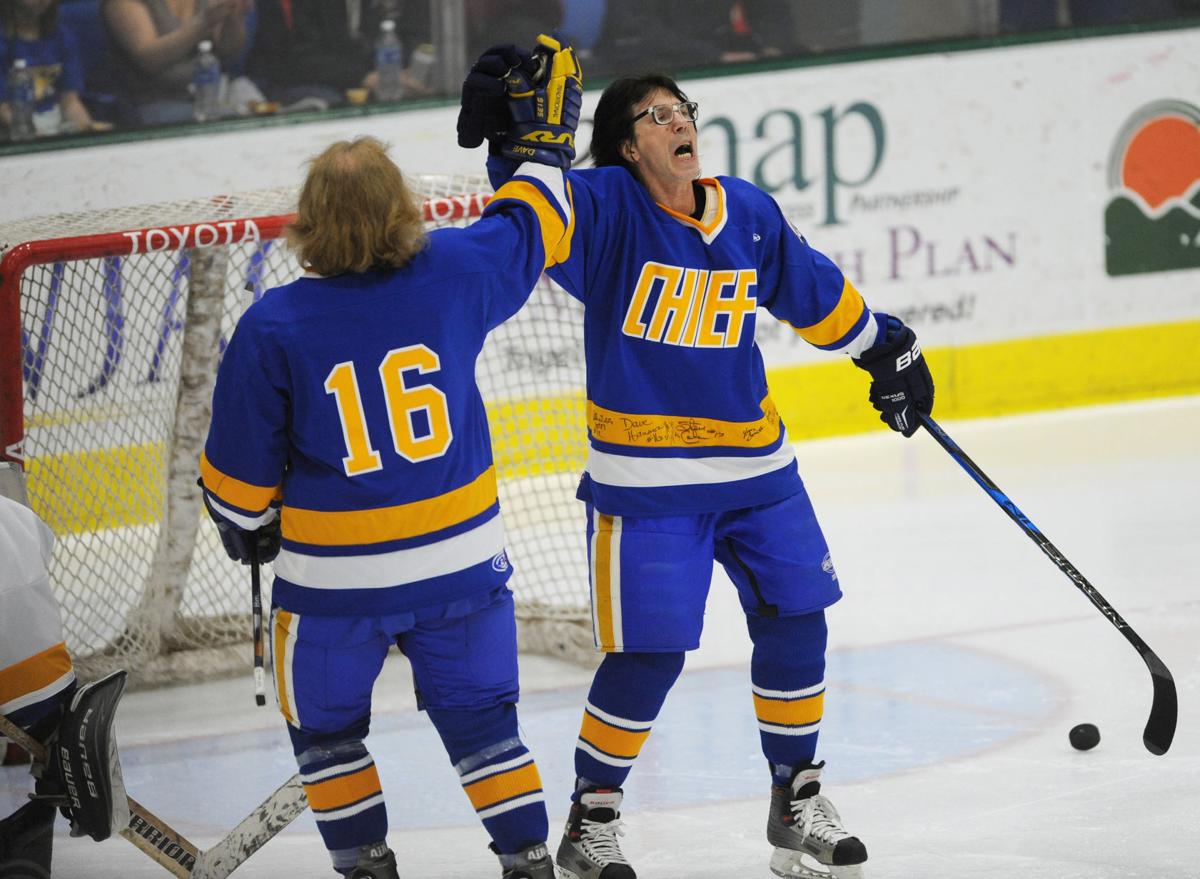 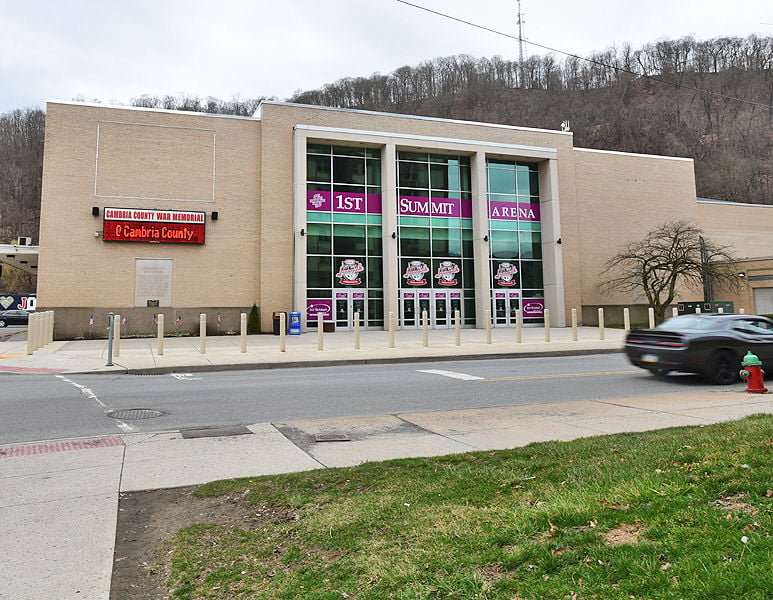 after the Johnstown Tomahawks postponed their games.

after the Johnstown Tomahawks postponed their games.

The all-veterans hockey team even will receive a boost from one of the Hanson Brothers.

Steve Carlson, known as Steve Hanson in the iconic movie “Slap Shot,” will drop the ceremonial first puck before the Generals game against the Philadelphia Warriors at 11:45 a.m.

Due to the COVID-19 pandemic, Carlson won’t hold a traditional “meet-and-greet” with fans, but he’ll be supporting the veterans skating on the ice.

There will be no admission charge, though fans are encouraged to make donations to the program.

“All the players are veterans, which I think is a great thing,” said Kelly Moyer, membership chairwoman for the Department of Pennsylvania American Legion Auxiliary and publicity chair for the Generals. “We’d like to see this program grow and have a lot more veterans. They also need people in the stands. I went on Veterans Day (when the Generals hosted a tournament at the War Memorial). It was a fantastic weekend. It’s good hockey.

“The PA system quit working, so all of the veterans sang the national anthem themselves. These guys gave up a lot of their lives for us, and I think we owe it to them to offer our support.”

The USA Hockey Warrior Division-affiliated Generals also will play the Pittsburgh Warthogs at 4 p.m. on Jan. 30 at 1st Summit Arena, then take to the road for a Feb. 20 game in Washington, D.C., against the District Warriors. Carlson will drop the puck at both home contests.

“The Warrior Division requires your players to be at least 10% VA disabled,” said Generals President and player John Kovac, a U.S. Navy submarine veteran. “Every player that’s going to play in this game and in this league, they are all U.S. military veterans. United States-wide we’re up to 40 teams in this division.”

According to USA Hockey’s website, “The Warrior Hockey Discipline is dedicated to injured and disabled U.S. Military Veterans who have served our country and play the sport of ice hockey. As one of the Disabled Hockey Section’s newest disciplines, the Warrior Hockey Discipline is growing across the country. While some of the participants played hockey prior to being injured, many try it for the first time for therapeutic reasons.”

USA Hockey stated “to be eligible to compete in the Warrior Hockey Discipline, participants must be or have been veterans and members of the Armed Forces (Army, Navy, Air Force, Marine Corps, or Coast Guard), with former members required to have been discharged under honorable or general conditions.”

Kovac is a commander at American Legion Post 128 in Bolivar and also is a District 31 commander in Westmoreland County.

“Our first game was for Veterans Appreciation weekend in 2019,” he said. “Since we started the new team, we’ve added a lot of new players, some really good talent. This year for Veterans Day, we held an eight-team tournament at 1st Summit Arena.

“We’re trying to reach out to other Warriors teams and build relationships so when we do have our tournaments, people will have a good experience. We’re trying to be ambassadors for the area and show the War Memorial is a great place to play.”

The hockey is competitive and enjoyable for the players, but Kovac said the Generals have an even more significant role.

“It’s extremely important,” Kovac said. “To be able to have the camaraderie in the locker room and face the same issues and same battles, it’s used when it comes time to the mental healing. There is a higher veterans suicide rate now than there was in the past.

“During Vietnam and the World Wars, veterans were shipped home and had time to compress. Transitioning between military life and civilian life in the past, you had time to unwind. Now two days later, you’re on a plane and back home.”

Kovac said no player wears the jersey No. 22.

“Every one of us puts a 22 number on our helmet. It’s the only jersey number that can’t be worn,” Kovac said, referring to a U.S. Department of Veterans Affairs study made public in 2013 that stated 22 veterans a day were dying by suicide. “We’re working with the arena to dedicate Section 22 to the fallen veterans.”

“Jean Desrochers (arena facility manager) and the Johnstown Tomahawks have been very helpful to us and we’re very gracious,” he said. “There are no words to be able to thank them for all they’ve done to help us.”