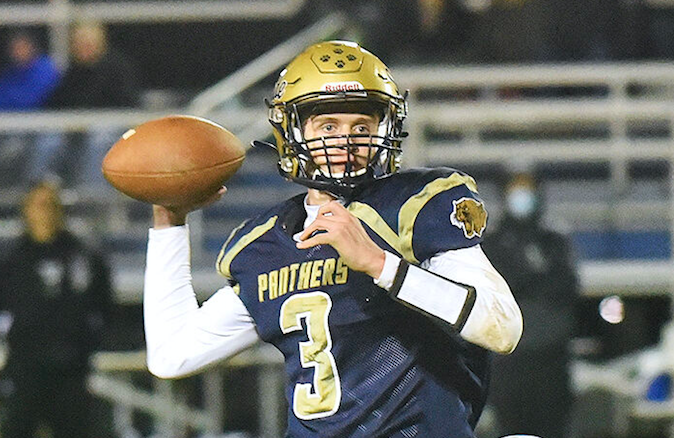 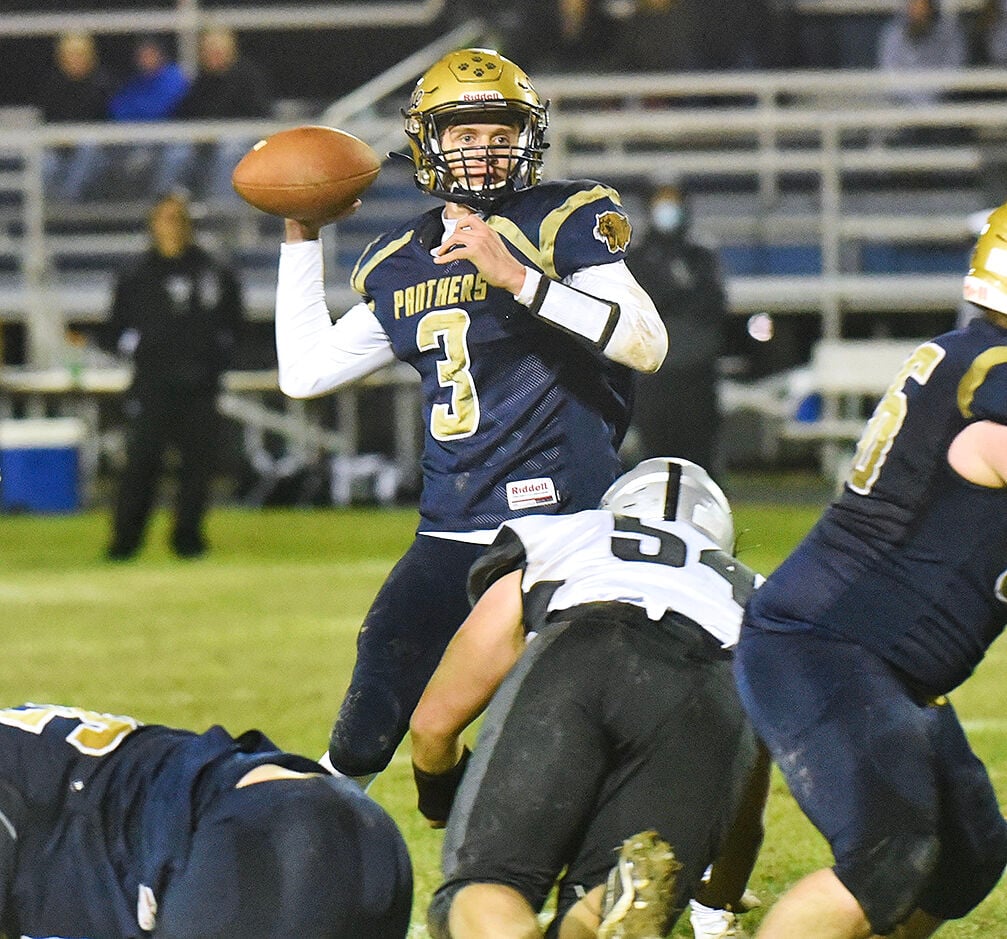 CAIRNBROOK – Shade coach Don Fyfe has told his winless football team that this season will get better.

That optimism seemed to be rewarded when the Panthers took a fourth-quarter lead against Blacklick Valley on Friday night. He continued to believe even after a desperation pass by the Vikings’ third-string quarterback was caught at the Shade 13 and when an injury stopped the clock with 0.2 seconds remaining in the fourth quarter, giving Blacklick one final opportunity. But even Fyfe’s heart dropped when a penalty flag was thrown moments after Blacklick’s final pass fell to the ground in the end zone.

“It sank,” he admitted. “I was already jumping around like a teenager, and then they said penalty, and I stopped. The wheels start spinning. You know something bad might happen real soon.”

For the first time this season, it didn’t for Shade. After being outscored 227-21 in their first five games, the Panthers held on for a dramatic 27-26 victory over winless Blacklick Valley.

“These guys have played hard all season long. It’s a credit to them. The way they have practiced and played, you would have never thought they were 0-5 coming in,” Fyfe said. “I’m just proud of them. I told them, as many things as have happened this year, they’re due to get something good. What a great game. What a great football game.”

The Panthers showed their resiliency in the fourth quarter. Blacklick Valley (0-6) had just pulled ahead on a 1-yard touchdown run by Kolten Szymusiak, but Shade responded as freshman Tim Collins returned the ensuing kickoff 85 yards for a touchdown.

“It was just the team blocking. That really helped it,” Collins said of the key to the play.

The ball initially got past Collins, who picked it up at his 15, then weaved from the right sideline all the way across the field and outran the Vikings coverage unit for the score.

“I didn’t think I was going to make it,” he said. “I was running out of energy, but I just kept pushing through.

Lucas Haynes, who had not attempted a kick all night, booted the point after to put Shade ahead with 7:16 remaining.

“I kind of told him when he was going out, ‘Listen, the game is tied. Nothing bad can happen. If you don’t make it, you don’t make it. If you make it, you’re a hero,’ ” Fyfe said of his conversation with his senior kicker. “He went out and put it right down the middle. Now, he didn’t give himself much room to spare, but we’ll take it.”

The teams had traded scores all night, with Josh Little’s 11-yard run putting Blacklick Valley ahead in the first quarter.

Shade grabbed its first lead on a 1-yard run by Braden Adams and the junior quarterback’s subsequent run for the two-point conversion.

Blacklick Valley coach Rich Price dipped into his bag of tricks for a hook-and-lateral play that went 45 yards for a touchdown. Quarterback Jack Wurm threw a short pass to Szymusiak, who pitched the ball to Josh Hessler.

“We actually work on that every offensive practice,” Price said. “They ran it to perfection. Great throw by Jack Wurm. Kolten did his job, and Josh just outran the defense.”

Blacklick looked like it might be poised to pull away after getting a defensive stop late in the second quarter but the Vikings fumbled a punt return, giving the Panthers another opportunity. Adams made it count, as he threw a 13-yard touchdown pass to Kaden Koleszarik on the final play of the half for a 14-12 lead.

Hessler’s 4-yard run put Blacklick back in front – at least until Christian Musser relieved Adams at quarterback and threw a 41-yard TD pass to Koleszarik.

“Braden’s a tremendous athlete,” Fyfe said of his decision to move Adams to receiver in the second half. “He’s a little dinged up with his hip. We moved him to receiver and put Christian out (at quarterback) because they were playing bump-and-run man-to-man and trying to shut the run down. I figured with Braden on one side and Kaden Koleszarik, that’s a pretty good duo.”

Szymusiak, who moved to quarterback after injuries to Wurm and Brayden Brown, put the Vikings back in front with his touchdown run, but he couldn’t hook up with a wide-open Little on the two-point conversion.

Szymusiak, who is the team’s leading receiver, nearly guided Blacklick to a comeback victory. Price put the pressure on the junior’s shoulder after Wurm was injured.

“ ‘The team has to get on your back. You’ve got to carry us,’ ” Price recalled telling Szymusiak. “And he did. I could not be more proud. We fell 6 yards short.”

Facing a third-and-11 play from midfield, Szymusiak found Auston Younkin behind the Shade defense for a 37-yard gain. When the Panthers tackled Szymusiak in bounds two plays later, it looked as though the clock was going to run out, but an injury allowed Blacklick to snap the ball one more time.

“We were blamed for our player going down on his own to stop the clock,” Price said. “We don’t coach that way. I was kind of offended that somebody would say that about our kids. That’s not how we coach, that’s not how we do it. It’s a shame that it ended that way, but the bottom line is we got the play off. We had a receiver, missed him. There was a flag that they picked up. I thought the referees did a really nice job tonight. I commended them after the game.”

Three different Windber running backs scored two touchdowns apiece, and its defense silenced North Star’s offense, as the Ramblers got back into the win column with a dominating 42-0 victory over the Cougars on Friday night.