Steelers Jack Ham (59) and Robin Cole (56) take Cowboys quarterback Roger Staubach to the ground after Staubach threw a pass in Super Bowl XIII on Jan. 22, 1979, in Miami. The Steelers defeated the Cowboys 35-31. 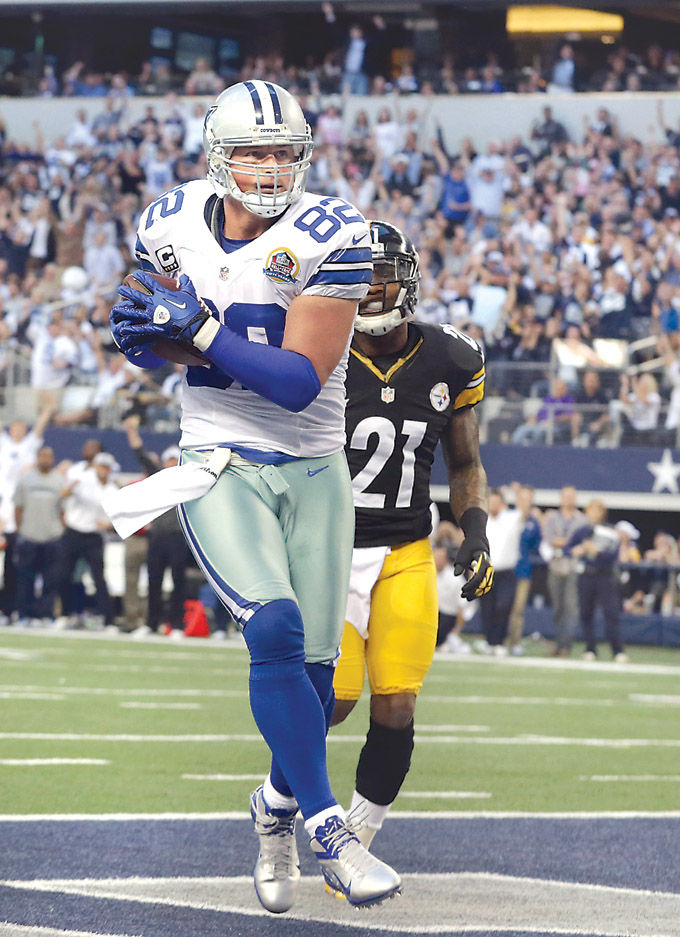 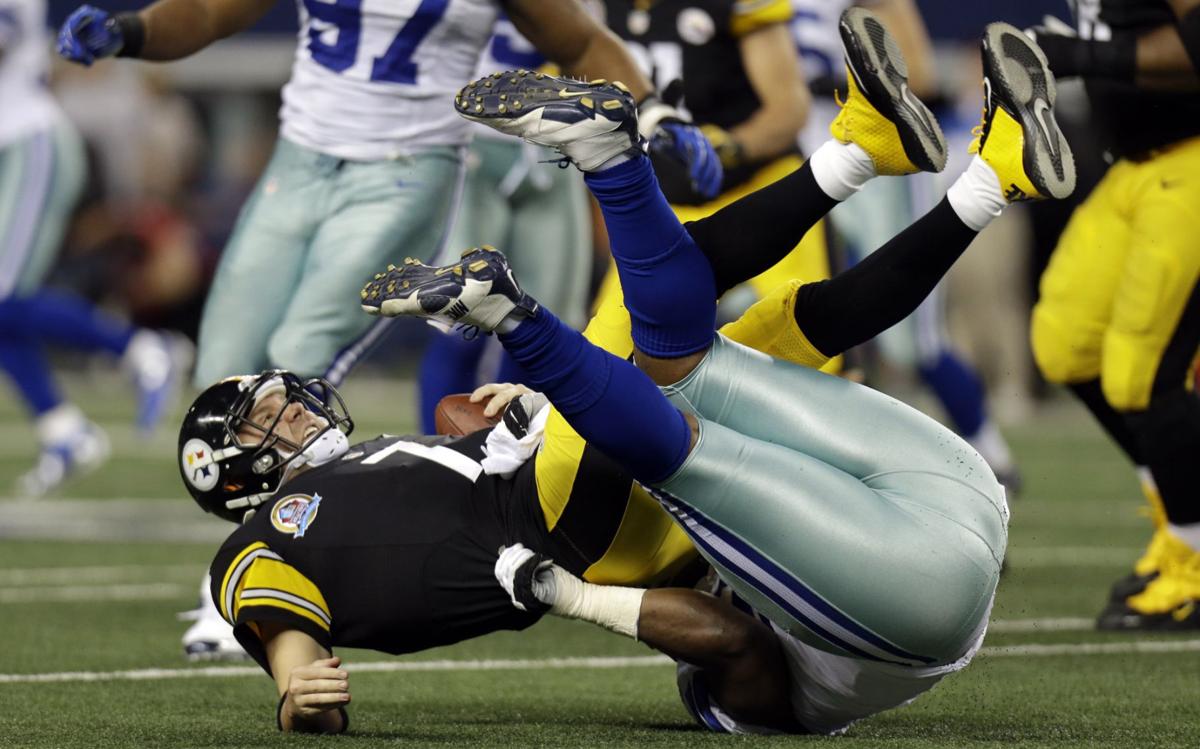 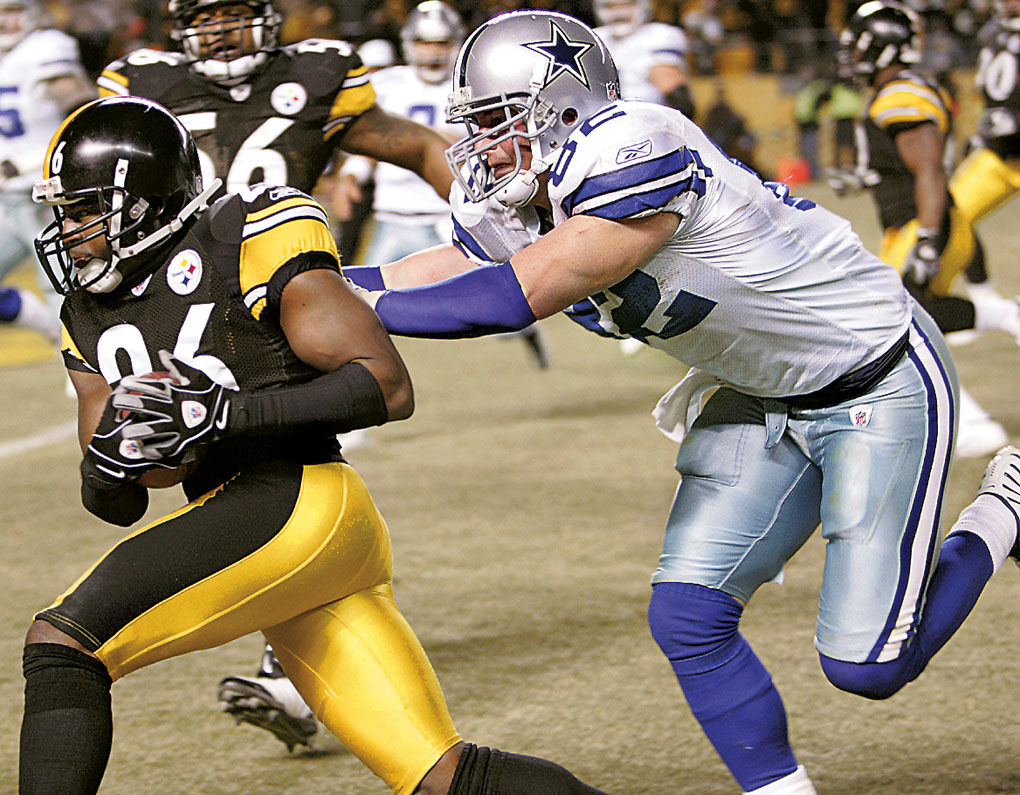 Pittsburgh Steelers cornerback Deshea Townsend, left runs past Dallas Cowboystight end Jason Witten on his way to a touchdown after making an interception in the fourth quarter of the football game in Pittsburgh, Sunday, Dec. 7, 2008. The Steelers won 20-13. 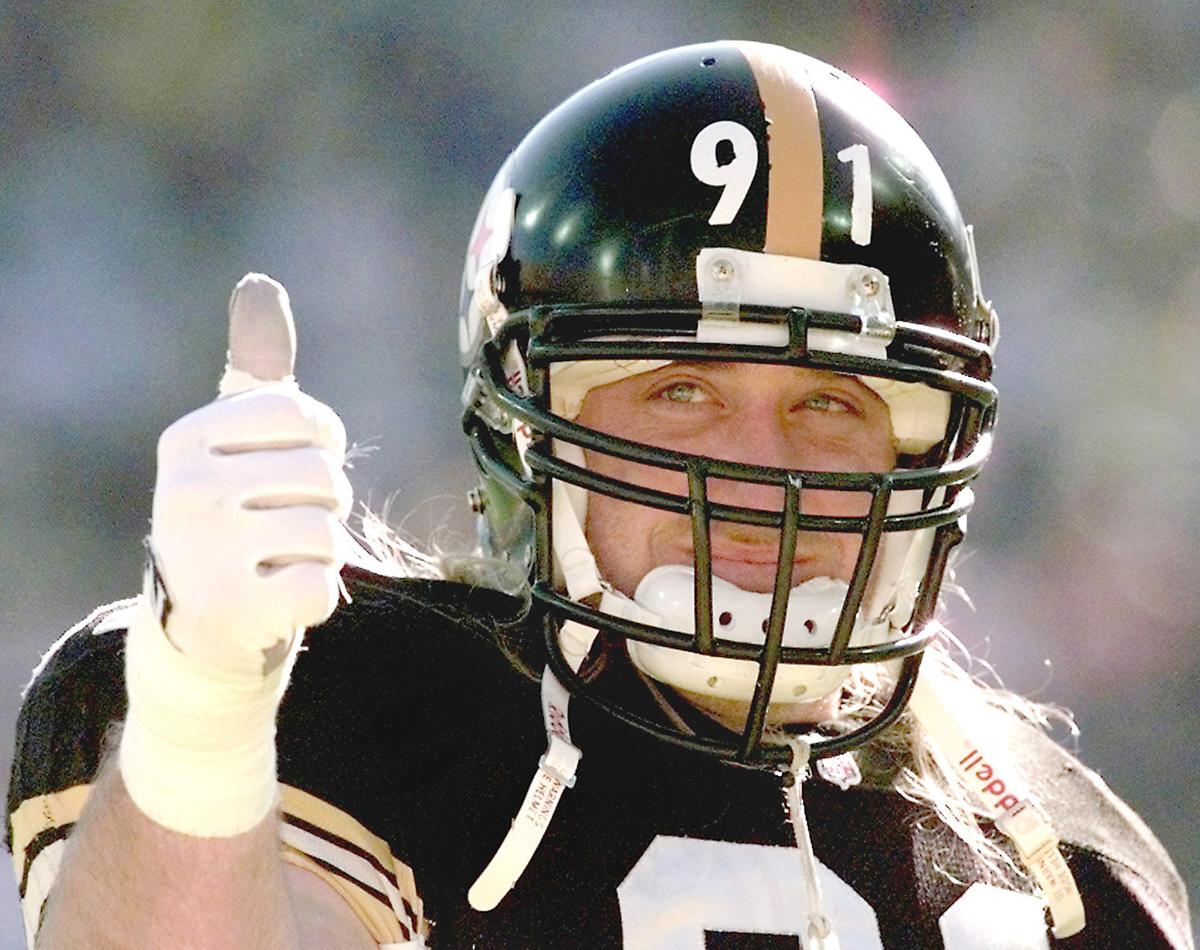 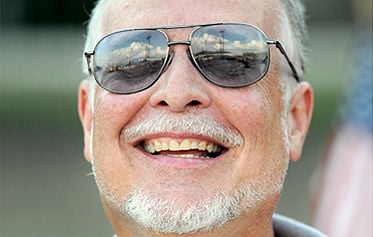 Steelers Jack Ham (59) and Robin Cole (56) take Cowboys quarterback Roger Staubach to the ground after Staubach threw a pass in Super Bowl XIII on Jan. 22, 1979, in Miami. The Steelers defeated the Cowboys 35-31.

Pittsburgh Steelers cornerback Deshea Townsend, left runs past Dallas Cowboystight end Jason Witten on his way to a touchdown after making an interception in the fourth quarter of the football game in Pittsburgh, Sunday, Dec. 7, 2008. The Steelers won 20-13.

The Steelers play the Dallas Cowboys today at Heinz Field and the memories come flooding back.

Super Bowl X was a television-only experience for me, predating my days as a sportswriter. But, as with the other Super Bowl meetings between these two franchises, the memories are vivid all these many years later.

Allow me to share those memories, some of the behind-the-scenes variety, as we contemplate today's meeting between a Dallas team riding high with a pair of rookie offensive stars, and a Steelers team looking for a statement win.

The theme was our nation's bicentennial as the Steelers and Cowboys played for the Lombardi Trophy. Pittsburgh had the Steel Curtain. Dallas had the Flex Defense, with the tackles staggered off the line of scrimmage.

Lynn Swann, the game MVP with four catches for 161 yards and a touchdown, might not have played under our current concussion protocol. He had been hospitalized for a concussion suffered in the Steelers' AFC title game win over the Oakland Raiders. Now that, too, was a rivalry.

In the leadup to the Super Bowl, Cowboys safety Cliff Harris – remember his name – said he wouldn't intentionally try to hurt Swann, but if he were Swann he'd be worried about getting hit while running pass patterns.

Swann might have been worried, but it didn't show. His leaping, then diving, circus catch for 53 yards remains one of the greatest plays in Super Bowl history.

Steelers placekicker Roy Gerela injured his ribs during the return of the opening kickoff and had a rough day, missing one PAT try and two field-goal attempts. Following one of those field-goal misses, Harris (remember him?) patted Gerela on the helmet, mocking him. This enraged Steelers linebacker and resident mad man Jack Lambert, who rushed over and threw Harris to the ground, followed by finger-wagging and some choice words. These days, Lambert might have been ejected. Back then, he stayed in the game.

The Steelers trailed 10-7 after three quarters, but scored 14 unanswered points – a safety, two field goals and a touchdown with a missed PAT – to go ahead 21-10. Dallas closed to 21-17 and the game ended with an end-zone interception by the Steelers.

It was back-to-back Super Bowl wins for the Steelers, and there were more to come.

In its immediate aftermath, this was widely considered the best Super Bowl game played to that point. It certainly set a high-water mark for talent. Both coaches, Chuck Noll and Dallas coach Tom Landry, have been enshrined in the Pro Football Hall of Fame. Nine Steelers players and five Cowboys would make the Hall.

Dallas linebacker Thomas “Hollywood” Henderson had made a stir ahead of the game saying of the Steelers quarterback Terry Bradshaw, “Bradshaw couldn't spell 'cat' if you spotted him the 'c' and the 'a.' “

It turns out Bradshaw could spell MVP, completing 17 of 30 passes for 318 yards and four touchdowns.

Dallas came out running effectively with Tony Dorsett netting 38 yards on his first three carries. But a Dallas fumble on a trick play, ended the drive. Inexplicably, the Cowboys didn't continue to ride Dorsett. I chatted with Dorsett a few years back during a luncheon at a celebrity golf tournament and he still wonders what might have been had he gotten more chances early in the game. As it was, he finished with 16 carries for 96 yards.

The Steelers trailed 14-7 after Dallas linebacker Mike Hegman stripped the ball from Bradshaw and ran 37 yards for a touchdown.

In one of those you-had-to-be-there moments, the Steelers fans among the Orange Bowl crowd, and they were numerous, were thunderous when the Steelers got the ensuing kickoff. It was if the Steelers were ahead. Soon they were tied, courtesy of John Stallworth's 75-yard TD catch and run.

The Steelers went on to a 35-17 lead. Along the way, Robin Cole obliterated Henderson with a block on a punt return. And, after that, Henderson had an apparent sack of Bradshaw, hitting him despite a whistle for illegal procedure that had many players stopping and the play being negated. Franco Harris confronted Henderson after that hit on Bradshaw and on the next play, Harris shot through the middle of the Dallas defense for a 22-yard touchdown.

Dallas scored twice to make the game close, and cost the bookies plenty in what came to be termed “Black Sunday” by the Las Vegas sports books.

After this game and the Dallas excuses, many in and around the Steelers organization began referring to Dallas as the “Cry Boys.”

There is a quote, perhaps apocryphal, attributed to Noll, who supposedly offered to show his Super Bowl ring to a writer, explaining, “It has a special button and if you push it, the lid pops up and you get to hear Tom Landry (griping).”

The Boys, and Steelers were back at it, with a Lombardi Trophy at stake. The game was played in Sun Devil Stadium. Trivia point: This is the last Super Bowl played in a stadium with bleacher seating and the last time it was held on a college campus.

The Cowboys were going for their third Super Bowl win in four seasons. The Steelers hadn't been back to the big game since Super Bowl XIV.

Dallas had the superstar players, including "Neon" Deion Sanders. During the Tuesday media day at Sun Devil Stadium, hundreds of media types surrounded the Sanders podium in the stands half an hour before his appearance. When Sanders arrived, he couldn't make it through the crowd. “We'll pass him up,” one helpful scribe volunteered.

Sanders and Steelers player Kordell “Slash” Stewart had met up sampling the night life during the week, which made for some good headlines.

On the media bus to the game, one guy, obviously not a media member, offered me $500 for my media pin. I didn't sell. I wish I had. I still have the pin in case anyone wants to offer $500.

The Cowboys jumped to a 10-0 lead and seemed to be in control most of the game. But, incredibly, the Steelers outgained the Cowboys 201-61 in the second half.

Neil O'Donnell threw two second-half interceptions to Dallas cornerback Larry Brown, costing the Steelers a shot at a mammoth upset and sending O'Donnell and his receivers into a long-running session of finger-pointing.

O'Donnell never played again for the Steelers. He left in free agency, and he largely was a bust.

The broadcast averaged 95.13 million viewers in the U.S., making the it the second most-watched program all-time, trailing only the M*A*S*H series finale.

Sam Ross Jr. is a freelance journalist who writes a weekly sports column for The Tribune-Democrat.