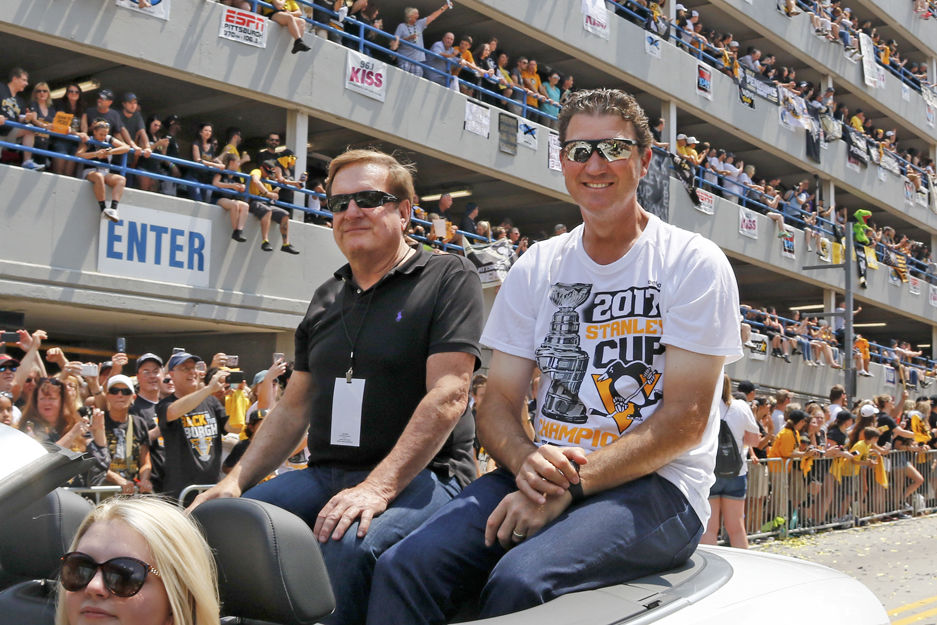 David Portnoy, head guy at Barstool Sports, has filled his time during the ongoing sports outage by investing in the stock market, and doing quite well if his Twitter boasting is to be believed.

And the question arises if sports fans in general, who by definition already are invested in their teams emotionally, can – or should – somehow invest financially in their favorite franchises?

To be clear, Portnoy is not investing in sports teams, just stocks in general.

And his methods are unusual, including a couple of weeks back when he picked three random Scrabble tiles from a bag, R, T and X, and used them to decide to buy Raytheon stock, ticker symbol RTX.

This is not one he’s bragging about.

But back to the possibility of investing in a favorite team, say one of Pittsburgh’s three pro sports franchises is it possible? That can happen only if you are extremely wealthy.

None of the franchises is publicly traded.

The controlling interest in the Steelers remains within the Rooney family. There are minority owners, but a report from last July, when hedge fund titan David Tepper was selling his estimated 5% share of the team, put the value of his ownership piece at about $122 million.

Robert Nutting is the principal owner of the Pirates, although the privately held operation doesn’t offer much in the way of additional breakdown of ownership.

While the Pirates have the sixth worst record in the majors since Nutting assumed ownership, according to beyondtheboxscore.com, Budget-

Minded Bob is sitting on a massive capital gain.

The franchise had an estimated value of $274 million when Nutting took over in January 2007. An April 2020 estimate by Forbes.com put that value up at

As for the Penguins, Mario Lemieux and his billionaire co-owner Ron Burkle got the franchise out of bankruptcy in 1999 for $107 million.

Forbes.com put the franchise value at $665 million in December 2019.

OK, so the small investor is shut out of the western Pennsylvania favorites. But how about other opportunities to invest in teams?

There was a share offering in 2011 at $250 a pop, with the team retaining the right to rebuy each share at two and one-half cents.

That’s the way ownership is set up in the Packers’ publicly held non-profit corporation. If you want to sell, it can only be to the corporation, at a significant loss.

What you get as a Packers shareholder is the right to go to an annual meeting. There are no dividends, no profit-sharing, no capital gains.

But the “share” certificate does make a nice wall hanging.

Buying shares of the Madison Square Garden Co. gets you a conglomerate that owns the New York Knicks and New York Rangers, but only as part of an entertainment and real estate portfolio.

Similarly, Rogers Communications owns the Toronto Blue Jays and minority positions in the Toronto Raptors and Toronto Maple Leafs, but only as part of its media empire.

To get a pure play investment in a team, options are limited.

For $16.22 as of this week’s closing price, a soccer fan with a brokerage account could buy one of the 164.6 million shares outstanding in the Manchester United Football Club of the English Premier League.

On the domestic front, Liberty Braves Group (BATRA) is a tracking stock created by Liberty Media for the Atlanta Braves.

Sports ownership seems to work out quite well for the big guys and their privately held franchises, but not so well for the small guy and his shares, publicly traded or otherwise.

If you want to show support, save your money and buy a jersey.

Sam Ross Jr. | Making sense of the week that was in sports

Forget Rip Van Winkle and his 20-year snooze, any sports fans napping frequently and not paying close attention for just the past week will find they missed a series of strange developments.

HARTNETT[mdash] Dennis Michael., 67, Indiana, died Wednesday, August 5, at Indiana Regional Medical Center. Son of the late Edward and Regina (Lloyd) Hartnett, he was born December 15, 1952, in Johnstown, PA. Dennis is a graduate of Indiana University of PA and is a veteran of the U.S. Navy.…