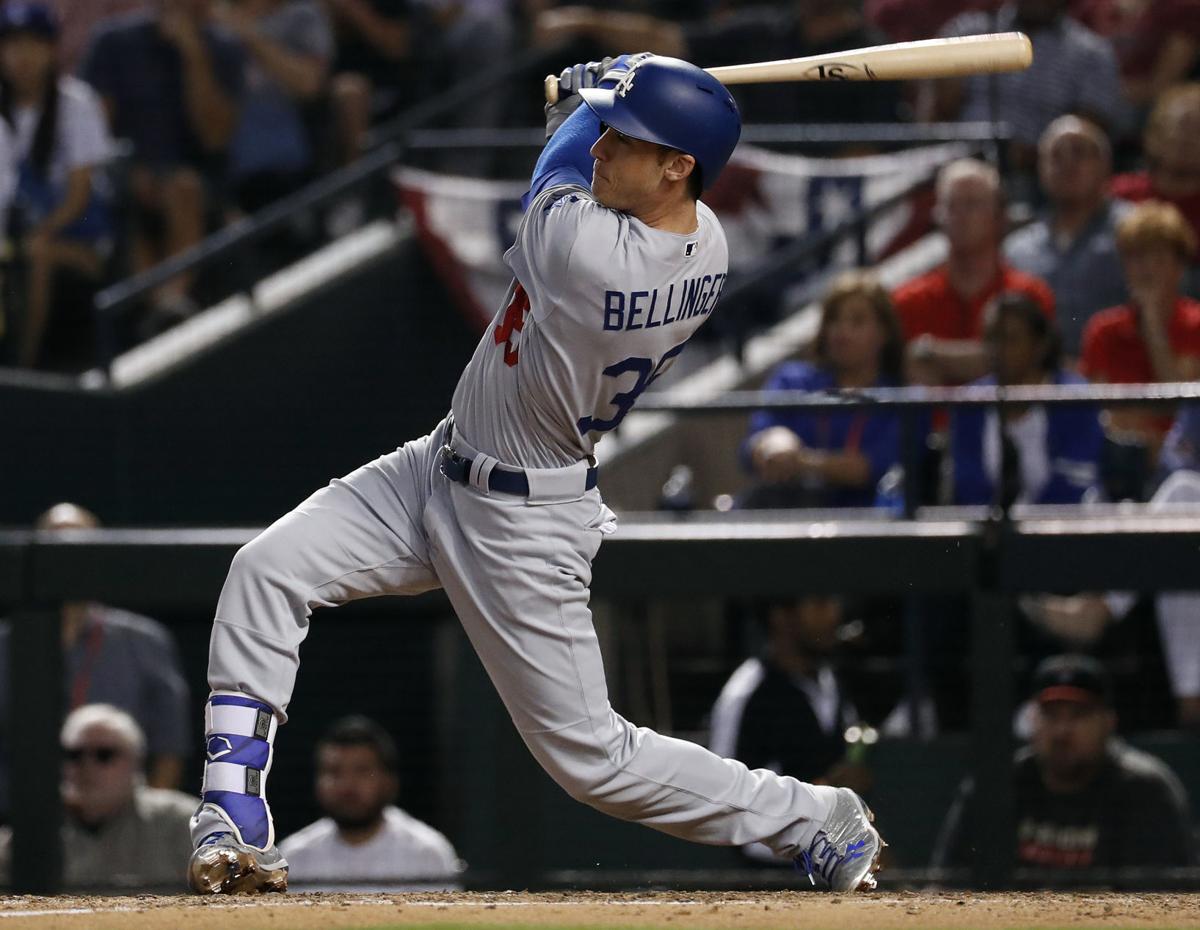 In this Oct. 9, 2017, file photo, Los Angeles Dodgers' Cody Bellinger connects for a solo home run during the fifth inning of Game 3 of baseball's National League Division Series against the Arizona Diamondbacks, in Phoenix.

In this Oct. 9, 2017, file photo, Los Angeles Dodgers' Cody Bellinger connects for a solo home run during the fifth inning of Game 3 of baseball's National League Division Series against the Arizona Diamondbacks, in Phoenix.

Forget Rip Van Winkle and his 20-year snooze, any sports fans napping frequently and not paying close attention for just the past week will find they missed a series of strange developments.

Catching up on those missed sports sections, be they in print or online, these fans could be forgiven for thinking they’d staggered onto the fun-and-games equivalent of The Onion.

Even for those who have been paying attention, developments have been challenging to process.

To help you digest it all, read on.

The news: There will be a Major League Baseball season, which was announced to the world Tuesday.

The views: After much bickering, accord was reached.

But, considering that MLB teams customarily play 162 regular-season games, calling this truncated 60-game slice of baseball a “season” would seem to be, in a paraphrase of “Slap Shot” sportswriter Dickie Dunn, a failure to capture the “spirit of the thing.”

Players are supposed to report to training camps July 1 with the games that count to begin either July 23 or 24.

There will be designated hitters used in both the NL and AL, and 30-man active rosters to start.

Considering the 14-day travel quarantine restrictions announced by New York, among other states, shortly after baseball’s plans were out and the reports of COVID-19 cases increasing in California, a potential Yankees-Dodgers World Series could need to be played at a neutral site.

Is Point Stadium booked for October?

The news: The FBI was called in to investigate when a “noose” was reported to have been found in the Talladega Superspeedway garage stall that driver Bubba Wallace, who is black, had for the past race.

The views: The event provoked a show of unity among NASCAR drivers and personnel prior to the race. But the FBI concluded the rope used to pull the garage door shut had been tied in that fashion at least since October 2019 and since there would be no way for anyone to have known this was the stall Wallace’s car would occupy, it was not a hate crime.

The reaction to all this from Wallace was mixed.

In a statement released Wednesday, he wrote: “First off, I want to say how relieved I am that the investigation revealed that this wasn’t what we feared it was.”

But previously, on CNN, Wallace had said of the FBI findings, “It was a noose. Whether tied in 2019 or whatever, it was a noose.”

The news: Steelers coach Mike Tomlin, during a virtual news conference, confirmed reports that two of his players have tested positive for COVID-19.

The views: This brings the Steelers onto the growing list of NFL and other pro sports teams who have had players test positive for the virus. Players from individual sports are testing positive, too.

With more testing, those numbers likely will continue to increase.

And you can be forgiven for wondering what the threshold will be for our governmental rulers to slap sports leagues on the wrist and deny them the ability to play their games, even without fans in the stands.

Travel to and from games, assembling for such things as practices, and various other aspects of the teams’ preparation all would seem to be prime targets for governmental micro-managing.

The best bets could be fading that there actually will be seasons and playoffs in various sports in 2020.

Sam Ross Jr. | Baseball ought to consider a timeout

Like many Americans in his demographic, Answer Man grew up a fan of baseball in general, and the Major Leagues in particular.