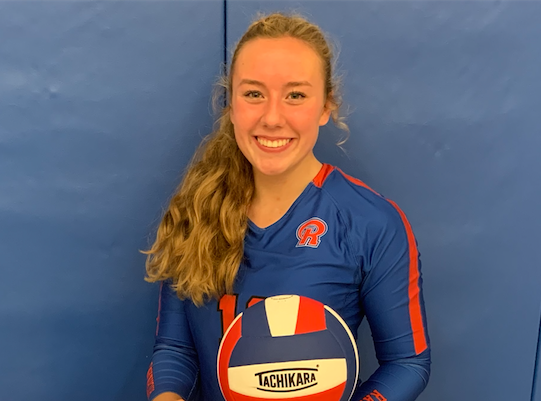 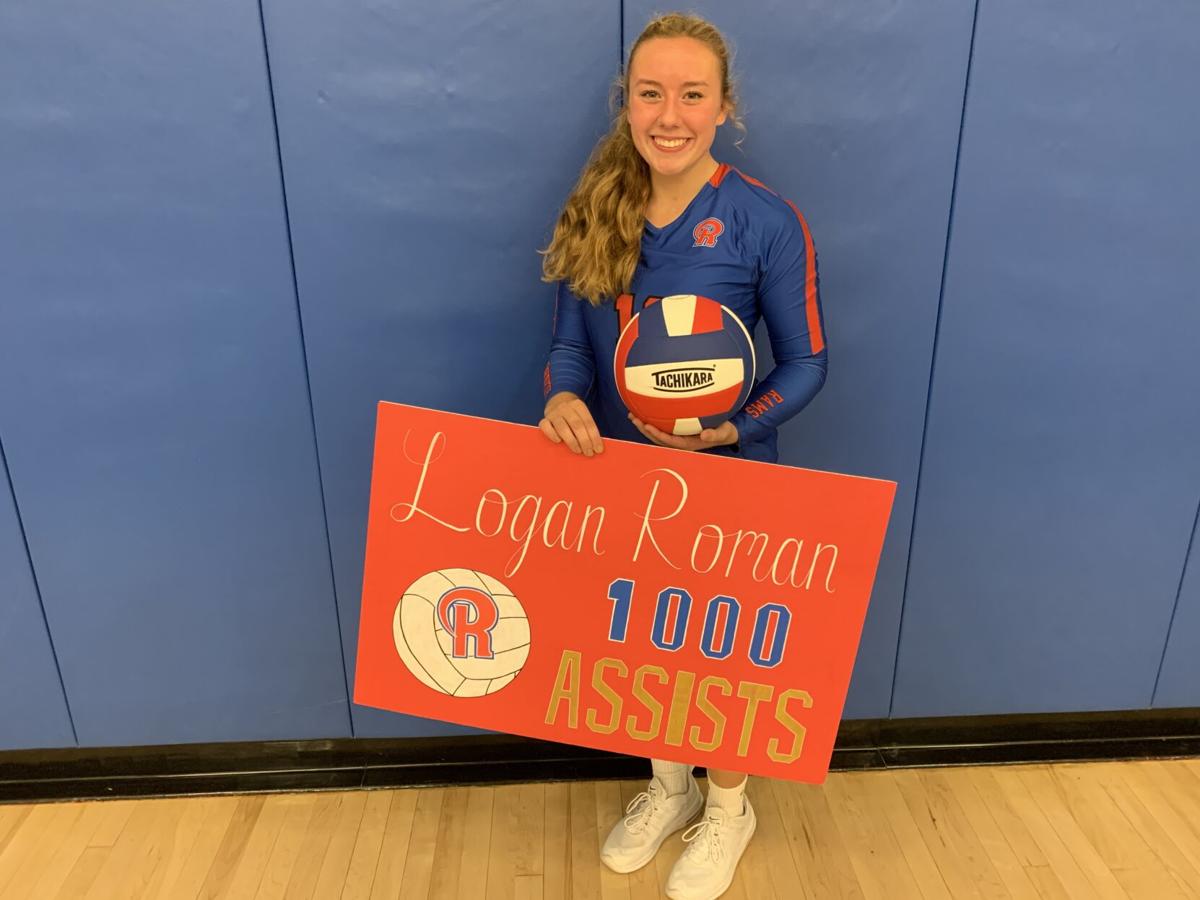 Richland took the first set against Laurel Highlands Athletic Conference rival Bishop McCort Catholic and built a 4-2 advantage when play was halted in Game 2 at the Rams’ gymnasium.

Roman had just recorded her 1,000th career assist. She received a commemorative volleyball and a bouquet of flowers, then walked to the top row of bleachers where Roman hugged family members before play resumed.

“We’ll bounce back,” Richland coach Dave Livingston said. “That was a little bit of a setback but these girls found ways to dig deep.”

The Rams surrounded Roman after the match and she posed for photos after recording 21 assists to push her career total to 1,012.

“It’s really great,” Roman said of reaching the milestone with the 4-6 Rams. “I really didn’t think I’d ever get this far even just playing since 10th, 11th and 12th grade. I really couldn’t do it without my passers and hitters.

“Our serving went really well and we were just having a good time in the first two games,” Roman said of the quick start. “That’s what brought us together as a team.”

Bishop McCort Catholic took the third game, but appeared to be at a significant disadvantage after trailing 4-0, 9-1 and 14-4 in the fourth set.

“Our girls picked up their defense, made aggressive serves and just didn’t quit,” Bishop McCort Catholic coach Missy Raho said. “Our season has gone a lot of five games and our girls just don’t quit. They want to win. If they start slow, we pick it up and we want the win. Our intensity grows.”

The assist milestone represented the biggest moment of the night from a Rams’ perspective.

“That was huge for us,” Livingston said. “It’s been a long time for Richland to have somebody reach a milestone like that and Logan has been working extremely hard her whole career to get to that. It was an exciting night, even in a loss. It really pumped up the kids.

“Her work ethic makes her special. She’s a smart setter. She never quits on anything, and she has tenacity you can’t teach.”

Logan Constantino and Nick Vasas both tallied a pair of goals to lead the Ramblers (7-5-1) past the Mountaineers (6-7).