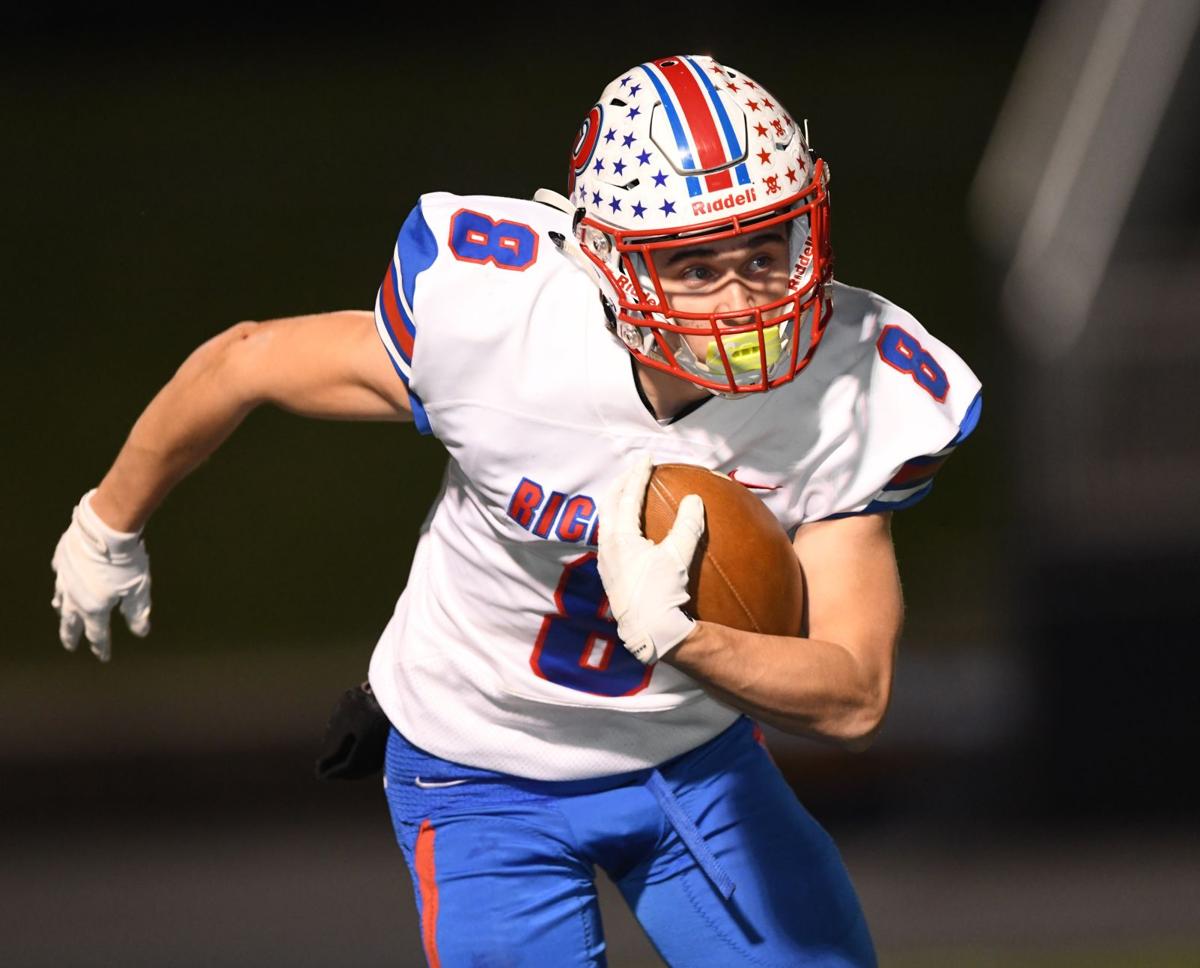 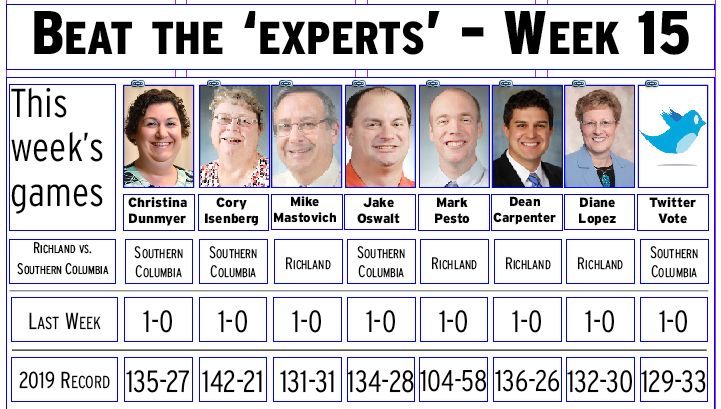 The perennial PIAA powerhouse Tigers have earned the accolades with a record nine state championships, 27 district crowns in the past 29 seasons, and a dominant stretch since 2015. Southern Columbia is ranked second nationally and first in the state Class AA poll.

“They are as advertised,” said Richland High School coach Brandon Bailey, whose team is ranked second in Pennsylvania and 25th nationally among small schools, according to MaxPreps.

Bailey’s District 6-AA champion Rams (13-0) will be in an unfamiliar role as a decided underdog against the District 4 champ Tigers (14-0) in a PIAA Class AA semifinal at Selinsgrove High at 7 p.m. on Friday.

“We’ve had an opportunity to take a look at a couple games,” Bailey said. “They’re just really impressive as a football team.

“They’re just outstanding across the board. When you look at it, they have the state’s all-time leading rusher (Gaige Garcia) and all-time leading receiver (Julian Fleming) on the same team. That’s pretty amazing to have that type of balance.

“Then, they have a bunch of other kids who are really good at what they do.”

In fact, Southern Columbia has a group of Power Five recruits, including Ohio State University-bound Fleming, the top-rated senior prospect in the nation, according to ESPN recruiting rankings.

Fleming has 63 catches for 1,306 yards and 20 TDs this season and is the state’s all-time career leader with 5,248 receiving yards and 75 touchdown catches.

Gavin Garcia has 1,477 rushing yards and 26 rushing TDs this season.

Quarterback Preston Zachman has completed 77 of 120 passes for 1,607 yards, 24 touchdowns and six interceptions. He is headed to the University of Wisconsin.

“We’re in the PIAA final four and have a chance to go up against one of the most celebrated teams in the history of the state of Pennsylvania,” Bailey said. “We realize a lot has to go our way for us to win the football game. But we’re going to prepare as if those things will happen.”

Southern Columbia has outscored opponents 763-48, an average of 54.5 to 3.4 this season. The Tigers have 46 consecutive wins overall. Coach Jim Roth’s team has won two straight state championships, three of the past four titles, and is trying for its fifth straight appearance in the PIAA final.

“It really motivates us because we’re coming in as the underdogs,” Richland senior running back/defensive back Trevor Tustin said. “We all trust each other as teammates and brothers.

“Southern Columbia brings it,” Tustin added. “They’ll bring eight guys up in the middle to blitz. It can impact our run game. We’ll have to pass a lot and prove ourselves.”

Despite a sore wrist, he passed for 242 yards and two touchdowns, and rushed for 85 yards and a pair of scores in last week’s 29-21 quarterfinal win over Bishop McDevitt in Chambersburg.

Rams senior receiver Caleb Burke, who is headed to the University of New Hampshire, has 66 catches for 1,336 yards and 22 TDs. Burke’s career numbers include 192 catches for 3,347 yards and 42 receiving touchdowns.

“He’s a good athlete. He’s definitely their No. 1 receiver and defending him will go a long way in defending their passing game successfully,” said Southern Columbia’s Roth, who has a 444-64-2 career record.

“We’ll have to have good coverage on him, so Julian (Fleming) will be locked on him. Most likely, they’ll see a lot of each other because (Burke) plays corner, too.”

Richland isn’t one-dimensional. The Rams have rushed for 2,395 yards on

“We just have to run the ball. That’s our goal every week,” senior center J.D. Black said. “We know they have those guys inside and out. It’s my job to protect (Stahl) when we’re passing but most important is to get the run game going.”

Richland will have to play a nearly flawless game against heavily favored Southern Columbia.

“It doesn’t bother us,” Bailey said. “We’re excited to have the season we’ve had. At the same time, this is an awesome opportunity. If you win this game, A, you end up in Hershey in the state championship game. B, you’ve knocked off one of the best teams in the history of the state.”

Friday’s winner will play the victor of a Class AA semifinal between District 10 champion Wilmington and District 7 champion Avonworth at 1 p.m. on Dec. 6 at Hersheypark Stadium.

The most anyone in the Central Susquehanna Valley knows about Richland High School is that Selinsgrove played there twice in state playoff games in the last 10 years.

William, III 40, Johnstown. Friends received from 1 until time of Memorial Service at 2PM Thursday at Henderson Funeral Home-East Hills, 2503 Bedford St. Complete obituary can be viewed and memorial contributions can be made at www.hendersonfuneralhome.com