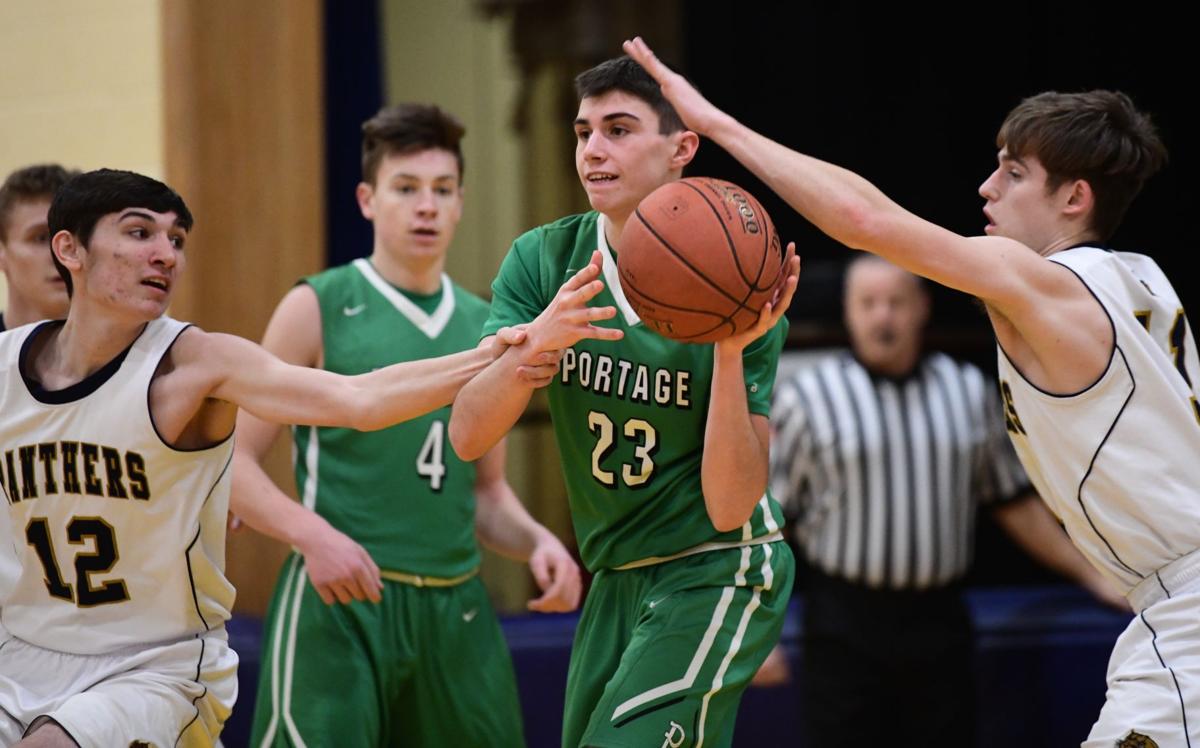 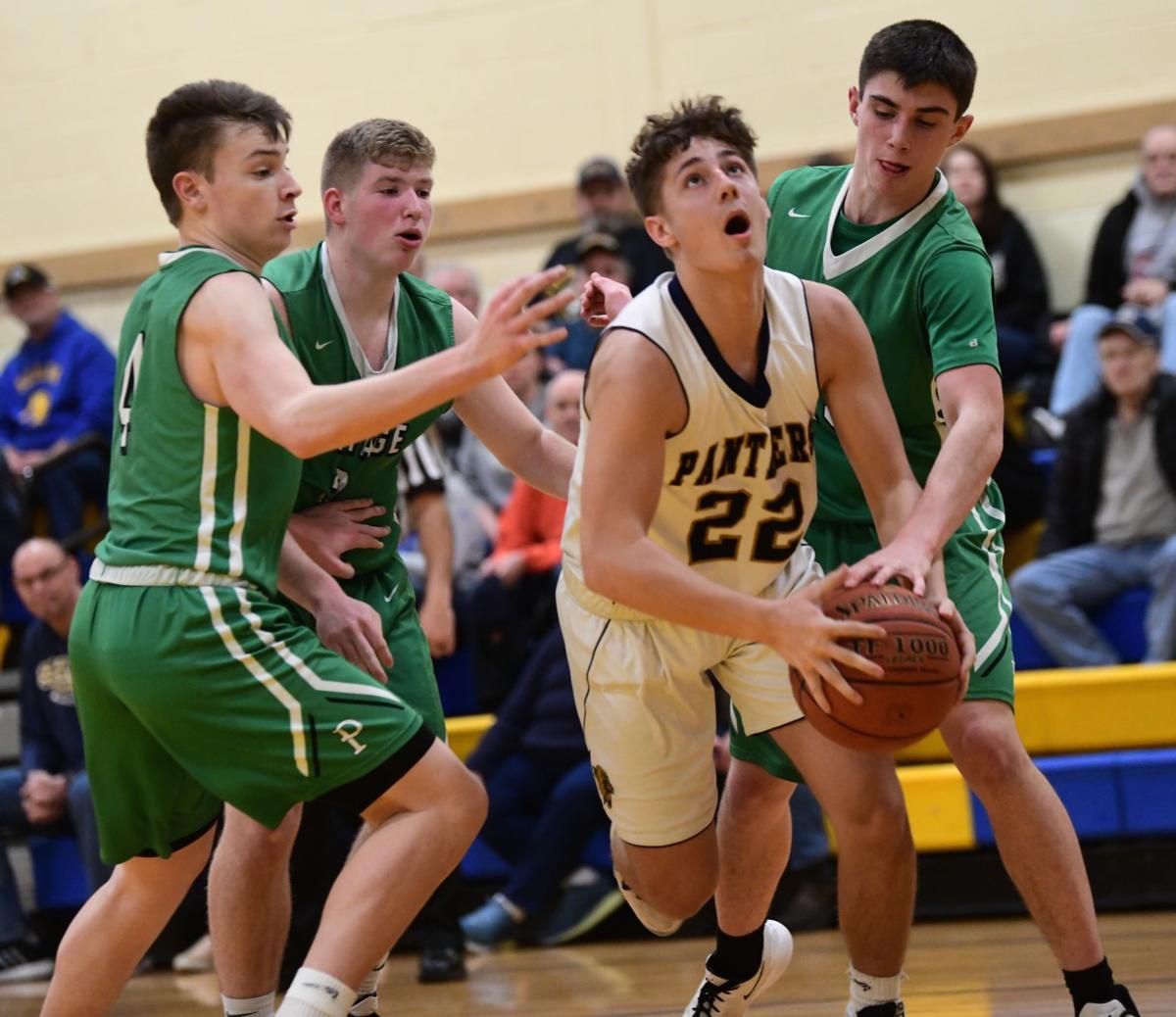 CAIRNBROOK – The Shade Panthers used a 15-0 run to start the fourth quarter to pull away from the Portage Mustangs and secure a 59-40 victory Wednesday night and advance to the WestPAC boys championship game on Friday night at Pitt-Johnstown.

Shade (22-1) was led by Vince Fyock’s 20 points, and Kaden Koleszarik added 17 to complete the Panthers in double digits.

It was the Panthers defense that made a statement in this game thanks to Dylan Charlton’s 14 rebounds and Fyock who led Shade with six steals, helping to spring the offensive attack.

“It was physical game,” Shade coach Wade Fyock said. “We went to Windber last night to see them play, and we expected it. Portage has a young team that plays a similar style to us, but I thought tonight we played a very solid defensive game.”

Shade entered the game with a 21-1 record, but because of divisional scheduling did not see the Mustangs during the regular season this year.

Shade started out ice cold from the floor, as Portage got early baskets from Kaden Claar and Preston Rainey to jump out 4-0.

As the quarter neared the 4-minute mark, Vince Fyock started to get hot hitting back-to-back 3-pointers to give Shade its first lead.

The Panthers’ man-to-man defense seemed to bother the Portage ball handlers a little with several turnovers helping Shade hold an 8-6 lead after one.

Shade’s Kaden Koleszarik got hot to start the second for the Panthers – leading all scorers with 11 in the quarter, including a 3-pointer.

As Shade began to pull away Portage coach Travis Kargo called a timeout with 2:07 left in the half, but it had little effect on the Panthers’ offensive attack as Shade held a 29-15 lead at the half.

The Mustangs came out with their best run of the night to start the third with Claar hitting a pair of 3-pointers, and another by Mason Kargo.

Shade answered with back-to-back baskets by Braden Adams, but again Portage controlled the quarter by outscoring the Panthers 15-9, cutting the lead to 38-30 after three.

Shade took control with a 15-0 run to open the fourth, with seven points for Tyler Valine leading the charge. Portage was unable to get anything on the board until two Andrew Miko foul shots made it 53-32 with 2:29 left in the game.

Portage (18-5) was forced to foul down the stretch as Shade continued to keep the Mustangs at bay from the free-throw line.

“It felt like we had some opportunities that didn’t go our way,” Travis Kargo said. “This was a game of runs and they had two that we didn’t handle very well.

“I think Shade has a great team and a seasoned team, and we are a young team and we will learn from that.”

After the game Shade’s Vince Fyock talked about advancing to see the Berlin Brothersvalley again with the WestPAC title on the line.

“Last time we played them they missed some shots. We need to play better both offensively and defensively to beat them again. It is going to be a heck of a battle,” Vince Fyock said,

“The size of the floor at UPJ is definitely a factor playing down there,” Wade Fyock said. “There is not a lot either team can do that the other team has not already seen before. It is going to be a great atmosphere down there and we are looking forward to the opportunity.”

Rylee Snyder scored all 12 of her team’s points in the first quarter of Wednesday’s WestPAC girls basketball semifinal contest.