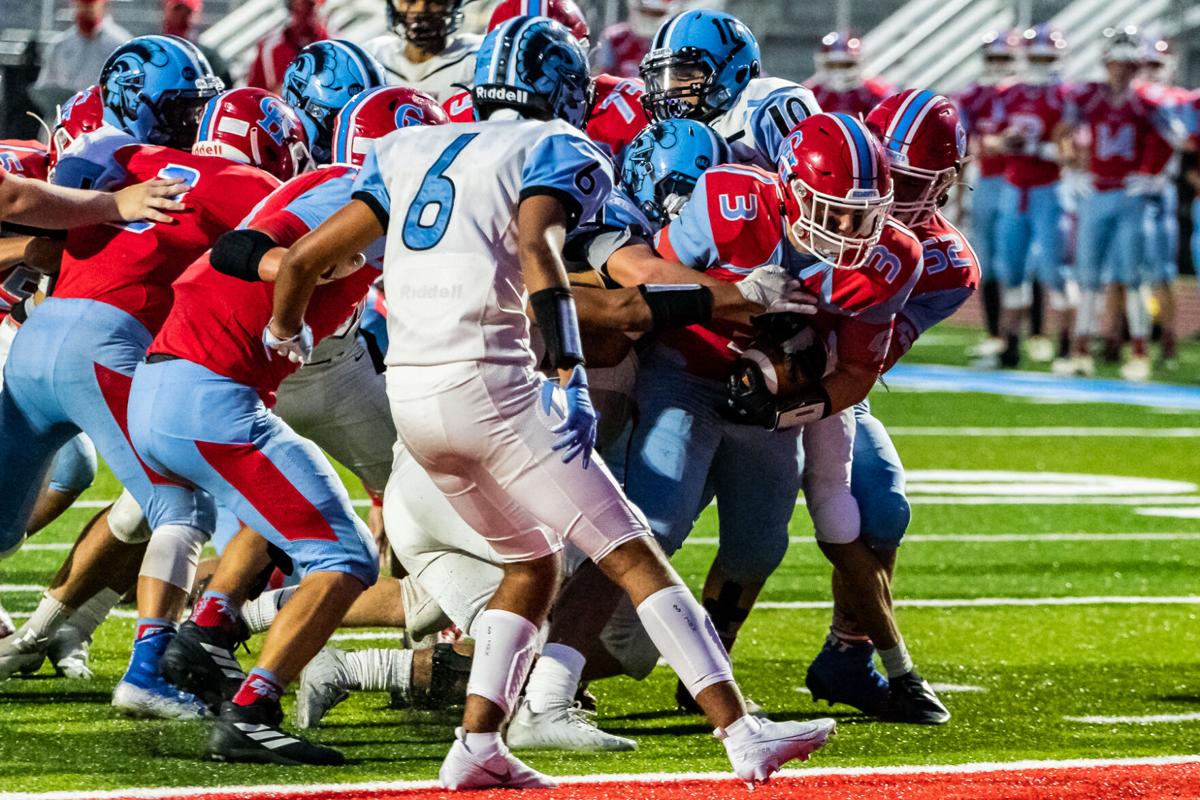 Cambria Heights’ Ryan Haluska carries the Greater Johnstown defensive front across the goal line in their game at Highlander Stadium in Patton on Saturday, Sept. 12, 2020. 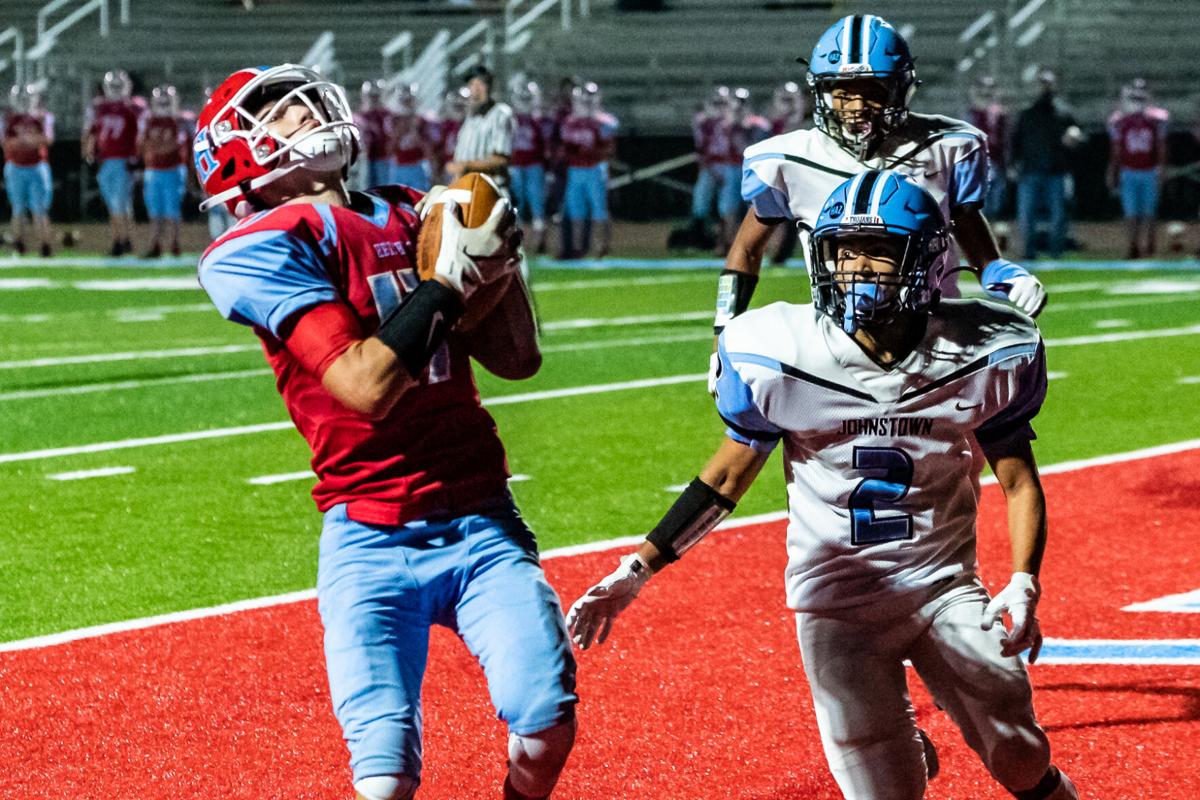 With 1.3 seconds remaining in the first half Cambria Heights’ Jared Fox makes a great over-the-shoulder reception in the end zone as he is defended by Greater Johnstown’s Zorin Istvan at Highlander Stadium in Patton on Saturday, September 12, 2020.

Cambria Heights’ Ryan Haluska carries the Greater Johnstown defensive front across the goal line in their game at Highlander Stadium in Patton on Saturday, Sept. 12, 2020.

With 1.3 seconds remaining in the first half Cambria Heights’ Jared Fox makes a great over-the-shoulder reception in the end zone as he is defended by Greater Johnstown’s Zorin Istvan at Highlander Stadium in Patton on Saturday, September 12, 2020.

But after beefing up over the summer and earning first-team reps, he shined in his first game as a starter Saturday night against Greater Johnstown.

Haluska carried the ball 30 times for 198 yards and scored four touchdowns in a 41-6 Highlanders victory.

“Ryan was great for us,” Cambria Heights coach Jarrod Lewis said. “He was biding his time, and we ran him on the wing a little last year. We felt he had the makings of a future fullback, and he had a fantastic game today. He’s quick, he’s got great footwork and the offensive line did a great job in front of him.”

Johnstown (0-1) could not find any penetration in the Cambria Heights offensive line throughout the night.

Even with the entire secondary lined up in the box, the Highlanders continued to grind up yardage with a line that featured seniors such as Zach Weakland, Hayden Malloy, Ian Eckenrode and others.

“I really couldn’t have done it without my offensive line and my backs,” Haluska said. “They blocked their hearts out this game. They do it every single week. It was five percent me, and the rest was my team. This was really a group effort.”

The game appeared to be headed in a different direction following an explosive play at the onset.

On just the third play of the game, Johnstown senior quarterback Symeon Kobal hit Bryce Yoder on a screen, and Yoder used his speed to bolt down the field for a 69-yard touchdown.

Kobal, who made his first start under center, went 12-for-24 with 163 passing yards.

“We came out right away, and we showed some speed and flashes,” Johnstown coach Bruce Jordan said. “There are some positives to take away from this.

“Ultimately, (Cambria Height has) an impressive offensive line. They just dominated, and when you do that and wear another team down like that, there’s really not much you can do.”

Haluska recorded the first three scores on the ground before the Highlanders even attempted a pass. But following a late Trojan fumble, Heights finally found a spark in the passing attack.

Tanner Hite hauled in a 38-yard sideline grab with only 6.5 seconds left in the first half, and on the ensuing play, quarterback Ryan Bearer and running back Jared Fox connected on a 16-yard passing play to beat the halftime buzzer.

On the opening play of the second half, Bearer found tight end Ian Eckenrode streaking down the field and lobbed a 48-yard touchdown pass to seemingly put the game out of reach.

“We like our athletes,” Lewis said. “It just so happened today that we ran the ball a lot, but I think we have a dynamic passing game. We have some really good athletes on the outside, and they did a nice job today.”

Haluska scored his fourth touchdown of the game with a 9-yard run in the fourth quarter.

Defensively, Weakland posted a trio of sacks and Cody Schreyer snatched an interception in the second quarter.

“If we can get the ball out of hands and show some speed on the edges, we’re going to be fine going forward,” Jordan said. “We’ve got to shore up some things on the offensive and defensive lines, but that’s on me as a coach. We just have to move forward and keep working on those things. I think we’re going to be OK.”