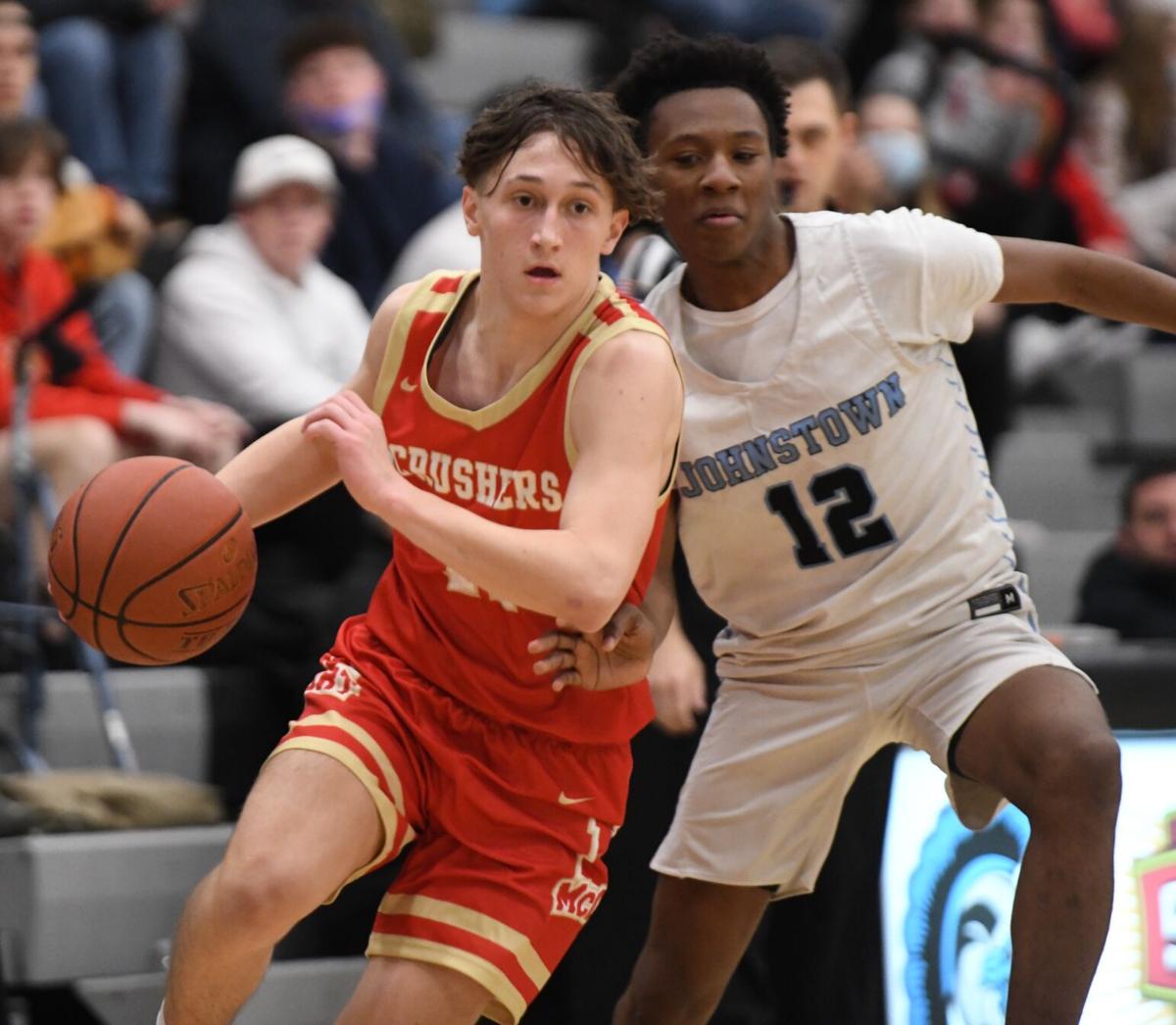 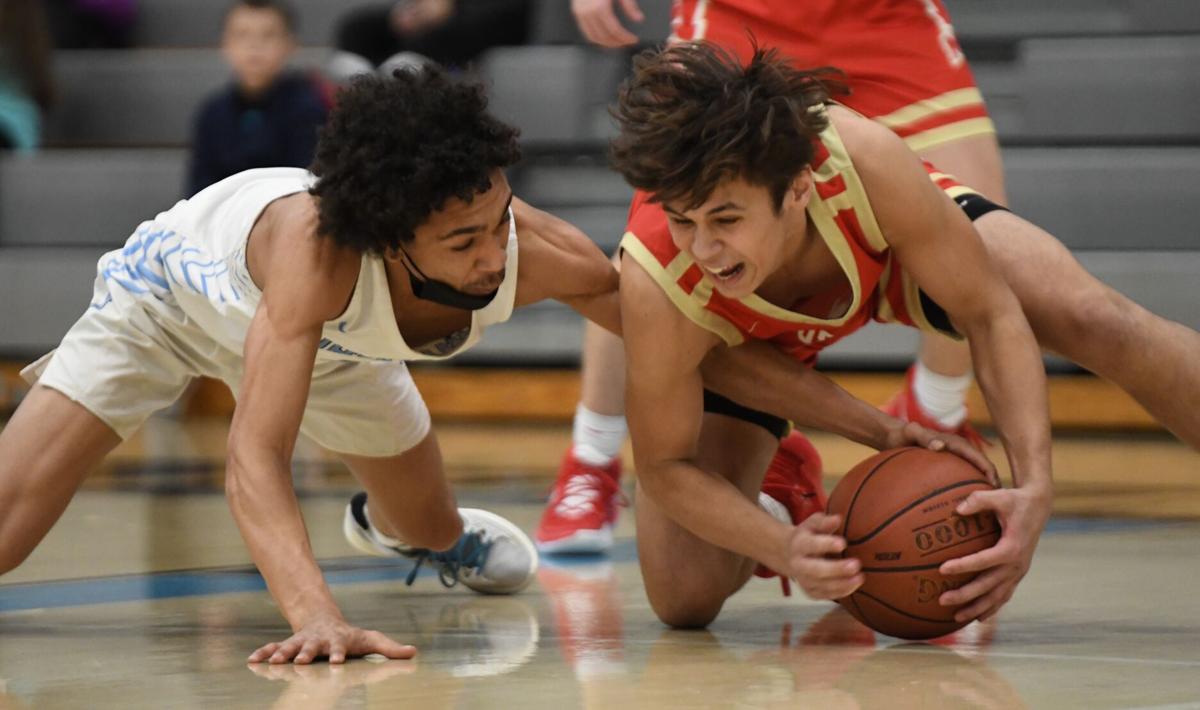 Bishop McCort Catholic used a big third quarter to propel itself to a 63-60 victory over cross-town rival Greater Johnstown on Friday at Doc Stofko Gymnasium.

The Crimson Crushers trailed by six points at halftime, but used a spirited effort in the third quarter to outscore the Trojans 23-14 in the frame.

“The key in the third quarter was to face the hoop, work the dribble-drive, and hit the open guys,” Bishop McCort coach Chris Pfeil said after his team won its fourth straight game. “Once we started sharing the ball a little bit better in the third quarter, it started to open things up.”

“Just stay aggressive, don’t let them change our game and get open looks,” Kasper said of the big third quarter.

Kasper’s hustle plays proved big for the Crimson Crushers. He came down with multiple offensive rebounds to keep plays alive for the visitors.

“Ethan was just a warrior all night,” Pfeil said of his junior guard. “He kept balls alive, got deflections on defense, but on the glass he just continued to attack for us.”

Greater Johnstown stayed within striking distance in the second half thanks to the play of junior guard Nyerre Collins. He scored 13 of his team’s 14 points in the third quarter. The Trojans guard finished with a game-high 34 points and nearly willed his team to a win with eight 3-pointers.

Bishop McCort used that momentum and carried into the fourth quarter. The Crimson Crushers extended the lead to as many as 12 points, but Greater Johnstown showed resolve in a rivalry game and cut the lead down to four points with under a minute remaining.

“I thought we just started pressuring,” Greater Johnstown coach Ryan Durham said of his team’s comeback effort. “We didn’t do anything special. I think it was more of them trying to hold onto the lead and maybe making more careless mistakes than it was us. We just didn’t play well all night.”

Bishop McCort relied heavily on clutch free throw shooting to help close out the game. The Crimson Crushers went a perfect 6-of-6 in the fourth and 19-of-22 for the game. Freshman guard Colby Cannizzaro buried all six of his free-throw attempts in the second half and finished with 13 points.

Cannizzarro’s two foul shots gave Bishop McCort a 63-57 advantage in the closing seconds. Harris buried his final 3-pointer of the night to set the final as time expired.

“We’re trying to build confidence as we go through the season, and anytime you come down here to play this team, they’re so well-coached,” Pfeil said after Bishop McCort’s first win over Greater Johnstown since 2017. “Ryan (Durham) does a great job with them and they’re so prepared to play. You know you have to play near perfect to come down here and get a win.

“That’s emotional for us.”

Durham lamented his team giving up a halftime lead following the loss.