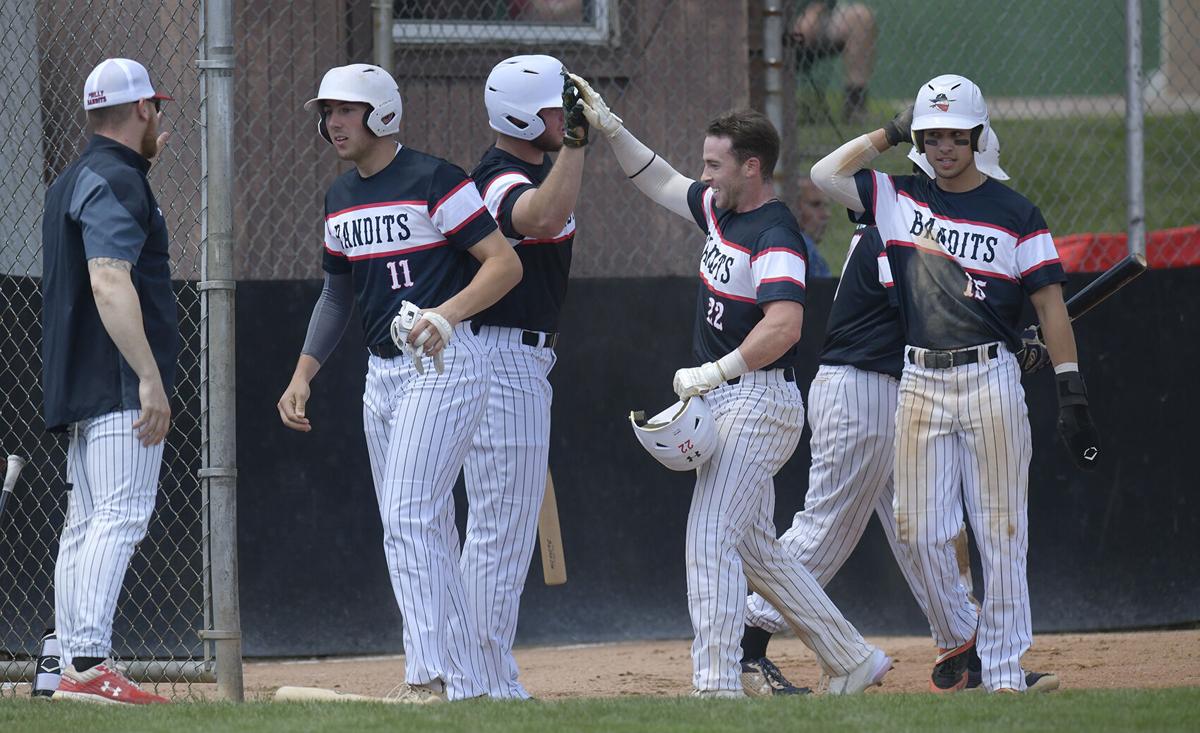 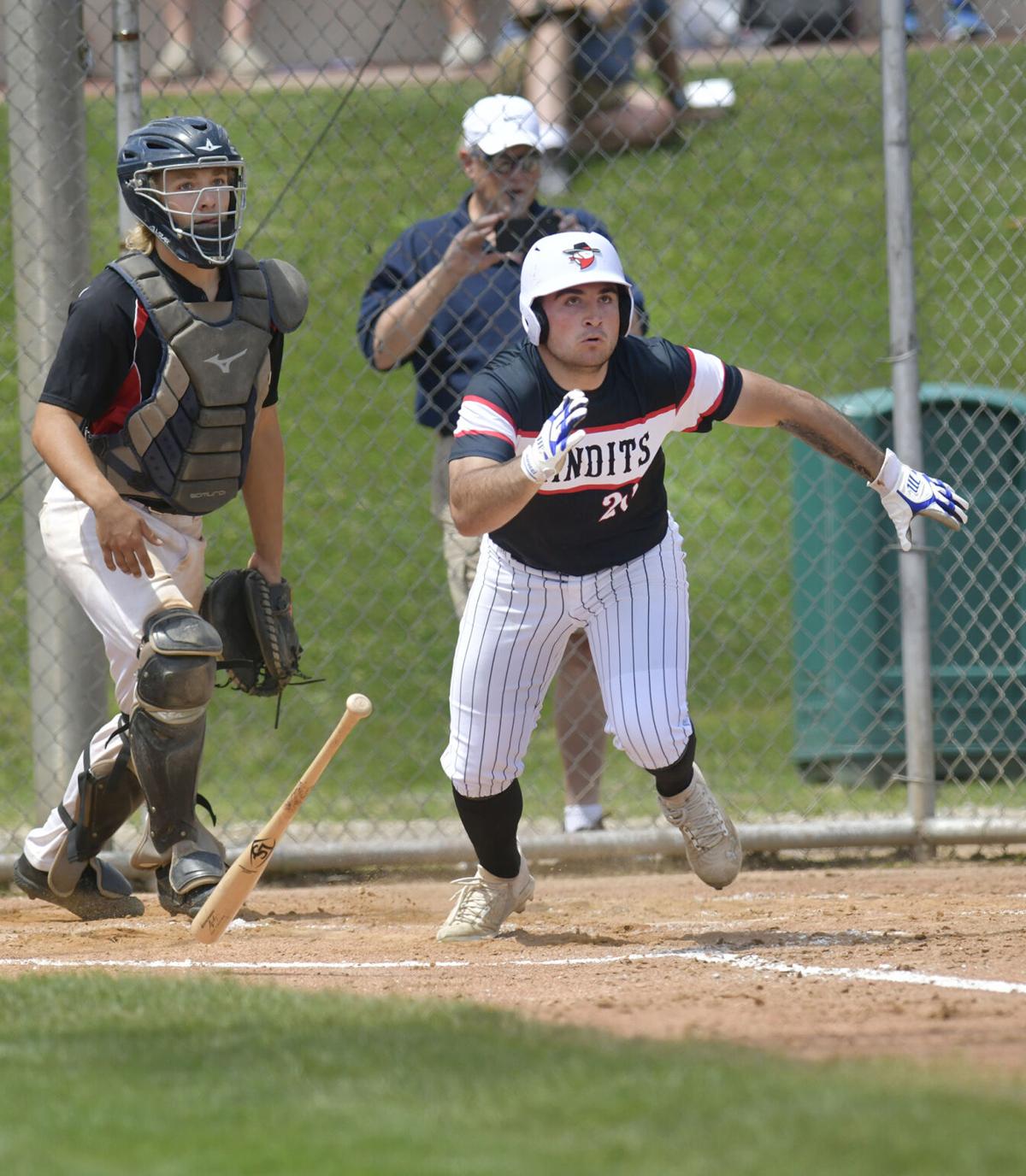 JOHNSTOWN – With only one player on his roster with AAABA Tournament experience, Philadelphia Bandits coach Greg Olenski hoped his opening game would allow him to see several pitchers get some work, have his lineup score a few runs and get his group comfortable with baseball in Johnstown.

Monday at Roxbury Park, the Bandits checked all of those boxes in a 16-0, 7-inning win over Altoona Johnston Realty in the opener for Pool B.

Gaetan Grandelli drove in five runs and four pitchers combined on a three-hit shutout for the Bandits.

“We only have one guy who has played up here,” Olenski said. “We wanted to get the first-game jitters out of the way.”

“This sets us up pretty good. We did what we wanted to do,” Olenski said.

“We wanted to get a few pitchers some work, and it was good to see our guys throwing strikes.”

Philadelphia batted around in the third and seventh innings – plating nine in the final frame to prompt a mercy-rule stoppage.

Grandelli doubled with the bases loaded in the top of the third to start the Philadelphia onslaught. He added a two-run single in the sixth.

Cavan Tully and Owen Petrich each scored three times for the Bandits.

Catcher Phil Stahl – that lone Bandits tournament veteran – doubled in a run in the third.

Grandelli’s ice-breaker came with the bases loaded in a scoreless game.

After singles by Eric Marasheski and Tully, and a walk to Petrich, Grandelli’s line drive over the first baseman’s head dropped inside the right-field line – chasing home all three baserunners.

Grandelli said as he raced for first, he feared the ball was headed foul.

“It felt like the line was moving,” he said.

Stahl followed with his double – a one-hopper over the center field fence – driving in Grandelli, then later scored on a sacrifice fly by Jared Minnicbach.

Grandelli singled home Tully and Petrich in the sixth.

Then in the top of the seventh, the Bandits plated nine runs on just four hits – including two-run singles by Petrich and Trey Obarowski. Philadelphia was aided by en error, four walks and three hit-batsmen in the frame.

Meanwhile, the Philly pitchers were setting them up and knocking them down.

Altoona-2 batters struck out 14 times and Johnston Realty got just two runners as far as second base.

Johnston manager Denny Newberry said he looks for his inexperienced group to bounce back on Tuesday.

“This is the first time any of these guys have been in this tournament,” Newberry said. “We weren’t supposed to come, but we’re blessed to come. I told them, ‘Let’s go out there and scrap until the end, and see what happens.’ ”

Grandelli said the Bandits expected to play well in Johnstown – despite their lack of tournament chops.

“We felt pretty confident coming in here,” he said. “We’ve got some guys. We feel we’re one of the better teams here and can compete with anybody.

“We just need to stay within ourselves, control what we can control.”

Chip Minemyer is the editor of The Tribune-Democrat and TribDem.com, and CNHI regional editor for Pennsylvania, Maryland, Ohio and West Virginia. Follow him on Twitter @MinemyerChip.

HBP – DeRubeis (by Austin), Stahl (by Lewis), Heinemen (by Lewis), Tully 2 (by Keller and by Baney), Marasheski (by Hunter). WP–Lewis, Keller.