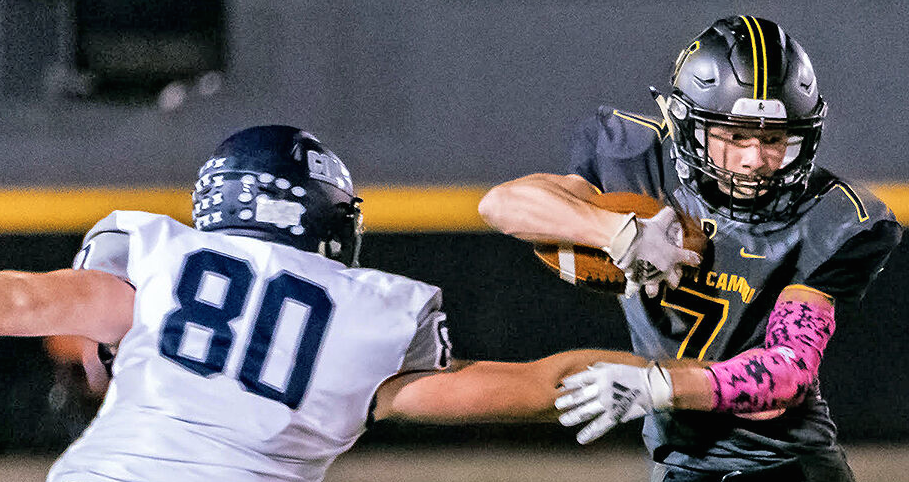 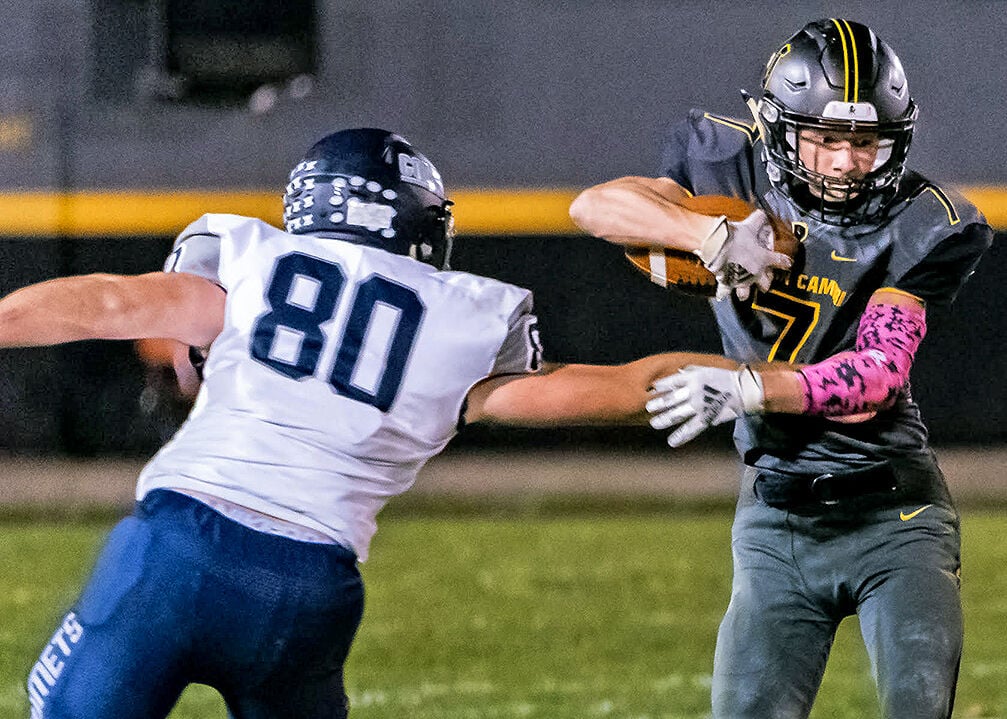 NORTHERN CAMBRIA – The Northern Cambria football team felt it had its chances to strike Friday at home against Penns Manor.

But facing one of the best defenses in the Heritage Conference, the Colts had nothing to show for their opportunities.

The Comets shut the door defensively and blanked Northern Cambria, 35-0.

“It’s disappointing. I thought we would have put a better show on tonight and played a little better,” Northern Cambria coach Sam Shutty said. “Our guys played tough, but we didn’t play consistent throughout the game. We had our opportunities, but we couldn’t string plays together on offense, and we couldn’t slow them down on defense. It was just a perfect storm for us that we couldn’t weather.”

Rushing touchdowns of one yard from Max Hill and seven yards from Dimitri Lieb propelled the Comets (6-0) to a 14-0 lead late in the first half.

Desperate for a spark, the Colts gained life with just under two minutes remaining as a strong punt return from Isaac Noll set his team up at midfield.

Any momentum was quickly thwarted, however, with a costly fumble.

Penns Manor corner Ashton Courvina forced a fumble, and linebacker Jae Karlinsey scooped up the loose ball for a 49-yard touchdown to make it a three-score game.

“That was a big moment,” Karlinsey said. “(Courvina) made a huge hit to knock it loose, and Dmitri (Lieb) blocked for me the whole way. It was a great team moment for us. Everyone contributed on that play.”

Another long kickoff return in addition to three Penns Manor penalties put the Colts in the red zone and eventually provided three untimed downs for the Northern Cambria offense.

Quarterback Mike Hoover appeared to score on a six-yard rushing touchdown, but a holding penalty negated the score as the Colts were shut out on the scoreboard.

“We just didn’t play together, that’s all,” Shutty said. “When we had guys open, our line protection failed. When we did have protection, our receivers weren’t open or we made wrong reads. It just didn’t click tonight, and it wasn’t anything we particularly did wrong. We just couldn’t string plays together. We did at times, but we weren’t consistent.”

Northern Cambria (4-2) completed only 3 of 14 passes for 25 yards and compiled only 150 yards of total offense. Senior running back Isaac Noll had a team-high 65 rushing yards on 10 carries.

“We were focused on our blitz and getting 11 guys to the football,” Comets coach Bill Packer said. “These guys responded. We wanted to utilize a heavy passing attack against Mike Hoover throughout the guy. We know they can pass the ball well, and Hoover is a very good quarterback. I think we got some pressure on him and forced him to throw just a little early. I thought our overall defense effort was tremendous.”

With the comfort of a three-score lead, Penns Manor continued to fire in the second half.

Connor Keith broke loose for an 81-yard rushing score, and an interception from Hill set up a three-yard touchdown run from Lieb to solidify the final score.

Northern Cambria lost its second straight after winning the first four games of the season. The Colts entered the night ranked as the No. 5 seed in District Class AA and are looking to reform their identity as the playoffs approach next week.

“We need to look back at the things we did earlier (this season) and the things we did successfully,” Shutty said. “We have to focus on us and not what our opponent’s doing. That’s my fault. We’ve tried to do things based on what our opponent does. That gets our guys out of their comfort zone. We have to look at who we are and what makes us successful.

“That’s going to be my approach, and hopefully we can make a run to get back on track.”

The record will show undefeated Marion Center (5-0) trounced United, 44-14, but it didn’t quite have the feel of a 30-point blowout victory. The Lions stayed within striking distance of the unbeaten Stingers for the first three quarters, before Marion Center put the game away with a 20-point fourth.