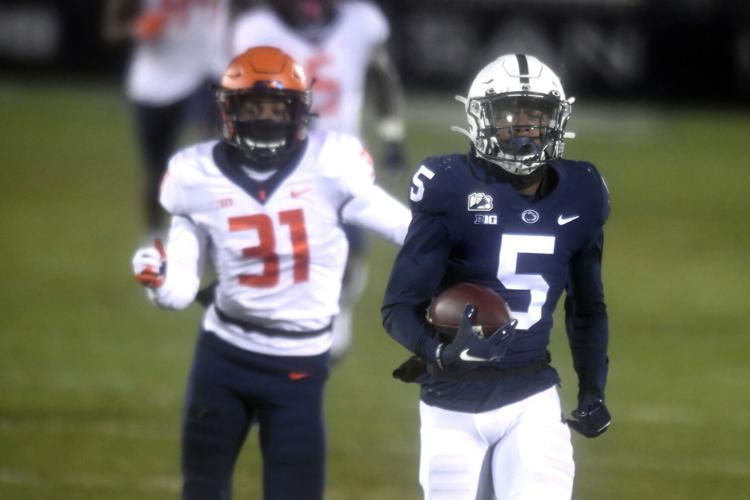 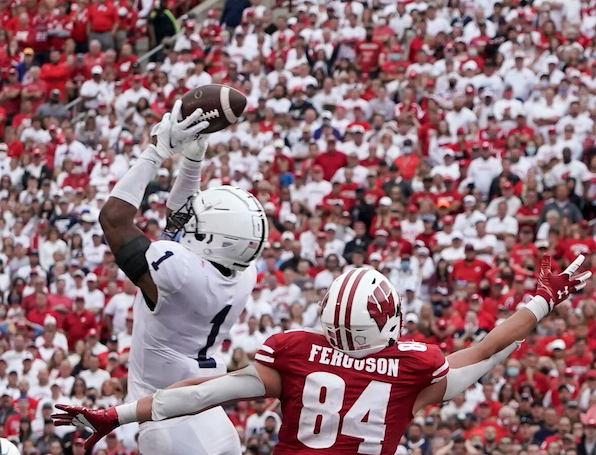 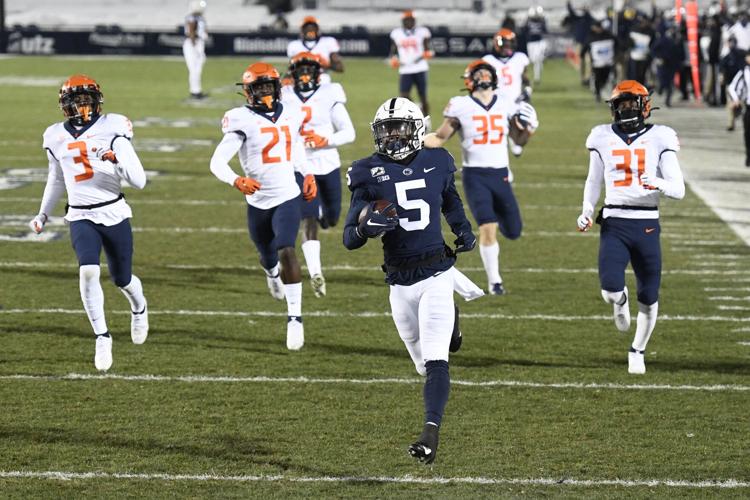 STATE COLLEGE, Pa. – Penn State will be without two of its most dynamic players for the Outback Bowl.

Nittany Lions senior wide receiver Jahan Dotson and senior safety Jaquan Brisker on Monday announced they will forgo playing in the Outback Bowl and will declare for the upcoming NFL draft.

“It’s been nothing but special to wear the Blue & White these past four years,” Dotson said in a statement. “I will forever be thankful for the love Happy Valley has shown me and the people it has brought into my life.”

Dotson leaves Penn State as one of the most productive wide receivers in program history. He ranks fourth all-time in yards receiving (2,620) and receptions (175), and his 23 touchdowns rank third all-time.

Dotson ends his Penn State career with 2,757 yards receiving and 25 touchdowns on 183 receptions.

“To my teammates and coaches, I appreciate you for pushing me every single day and shaping me to be the man I am today,” Dotson said in his statement. “I love you guys more than you could ever imagine. This journey has been nothing short of amazing, and I cannot wait to continue it with you by my side.”

Brisker, who has accepted an invitation to the Senior Bowl, thrived during his senior season. The Lackawanna College transfer received accolades as a second-team All-American selection by the Associated Press earlier this month. This season, Big Ten coaches and media members from the conference voted Brisker a first-team All-Big Ten selection.

Brisker tallied 63 total tackles – including 38 solo stops – to go with two interceptions in 12 contests this year. He started all nine of Penn State’s games in 2020 and accumulated 57 total tackles and one interception. Conference coaches dubbed Brisker a third-team All-Big Ten player in 2020.

Brisker joined the Nittany Lions in 2019 following his transfer from Lackawanna College. He played in all 13 games that season and ended the year with 32 tackles and two interceptions.

“I will be forgoing our bowl game and I will be focusing on preparing for the 2022 NFL Draft,” Brisker said in his statement. “I’ve been waiting for this all my life, and I can’t wait to see what the future holds. I will always be a Nittany Lion.”

Linebackers Brandon Smith and Ellis Brooks have also opted out of the Outback Bowl in preparation for the 2022 NFL draft.

“To my teammates, we built a bond that can never be broken,” Brisker tweeted. “Thank you for always pushing me to be a better me. It has been an honor to take the field with you. … To my coaches, thank you for developing me not just on the field, but off the field, helping me become a better man. Thank you for believing in a JuCo kid and giving me the opportunity to be a leader at a great program.”

Penn State is scheduled to play Arkansas on Saturday in the Outback Bowl.

Penn State’s secondary receives another boost for 2022 as safety Jonathan Sutherland on Thursday announced he will return for another season.