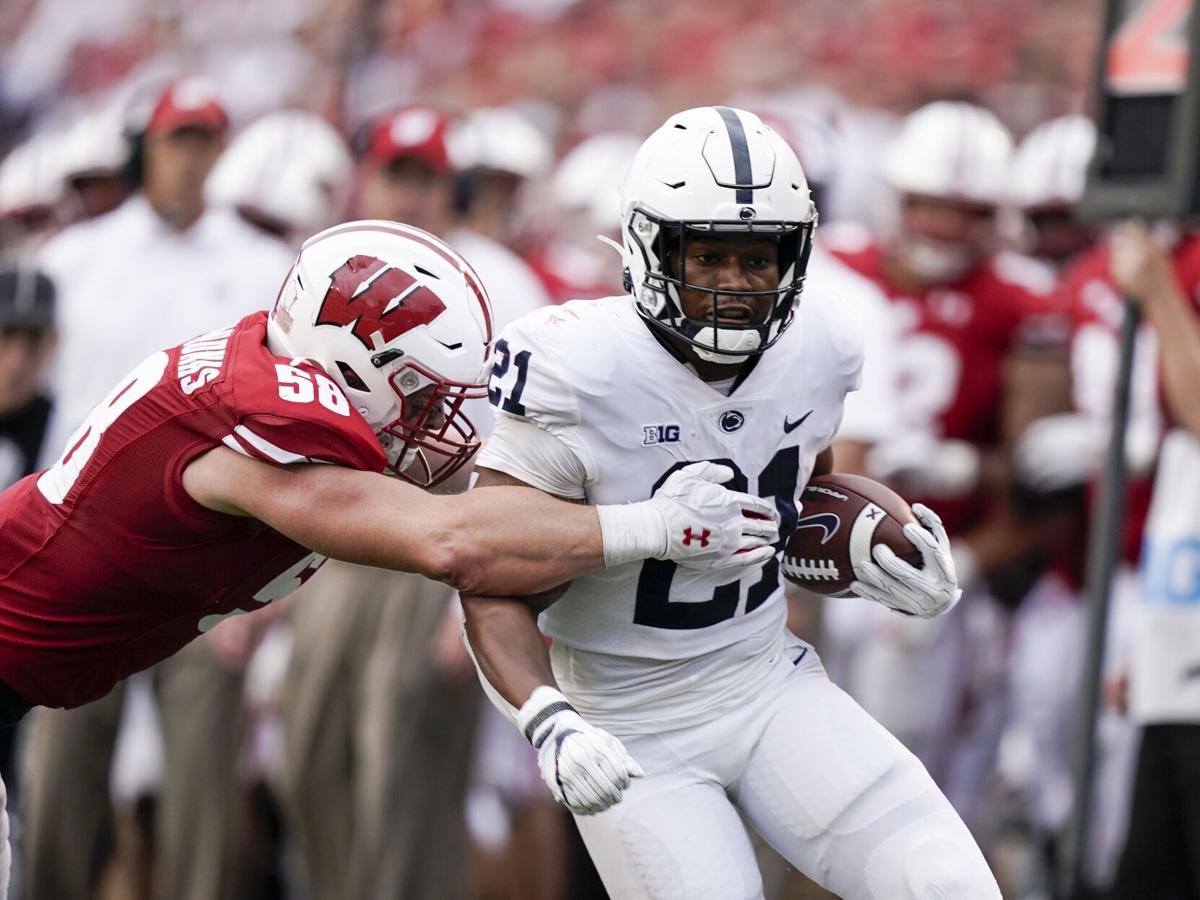 Fast, up-tempo and exciting were just a few of the words used when offering takes on the Yurcich-crafted schemes. After two games this season, fans of the program are finally seeing what earned the offense such praise earlier this year.

Penn State ended Saturday with 253 yards passing and 230 yards rushing as the Nittany Lions defeated Ball State, 44-13, in a game in which the offense averaged 6.2 yards per play.

Entering Week 3, the Yurcich offense has shown early signs of also being complementary.

The Nittany Lions have accumulated 23 passing first downs, while 17 of their first downs have come on the ground.

“We had one of the hardest camps ever, so I already knew all the personnel packages we could use,” Penn State running back Noah Cain said.

“I knew all of the talent we had on our offense … Coach Yurcich always tells us to be ready for anything, so we have to prepare and study different personnel packages.”

“We have a lot of options,” Washington said this week. “It just makes it fun, for sure, just being able to see how we can throw deep passes – we just have to connect more. But you see how there are different ways to score, and not just one option. We do a lot of different types of plays, so I’m just excited to see that, and it’s just fun for me every week.”

The Nittany Lions scored on four of their five first-half drives on Saturday, and the Ball State defense limited them to just two three-and-outs. Penn State showed it could score when it needed to, as its quickest scoring drive spanned 1:37, while it also displayed the ability to grind out the clock when needed with its 5:32 scoring drive.

Cain, Penn State’s feature back, said Yurcich has only revealed a glimpse of what his offense contains.

“You guys are going to see more and more different formations and all of that in the coming weeks,” Cain said.

Jesse Luketa spent the first three years of his collegiate career plugged into his position at linebacker.