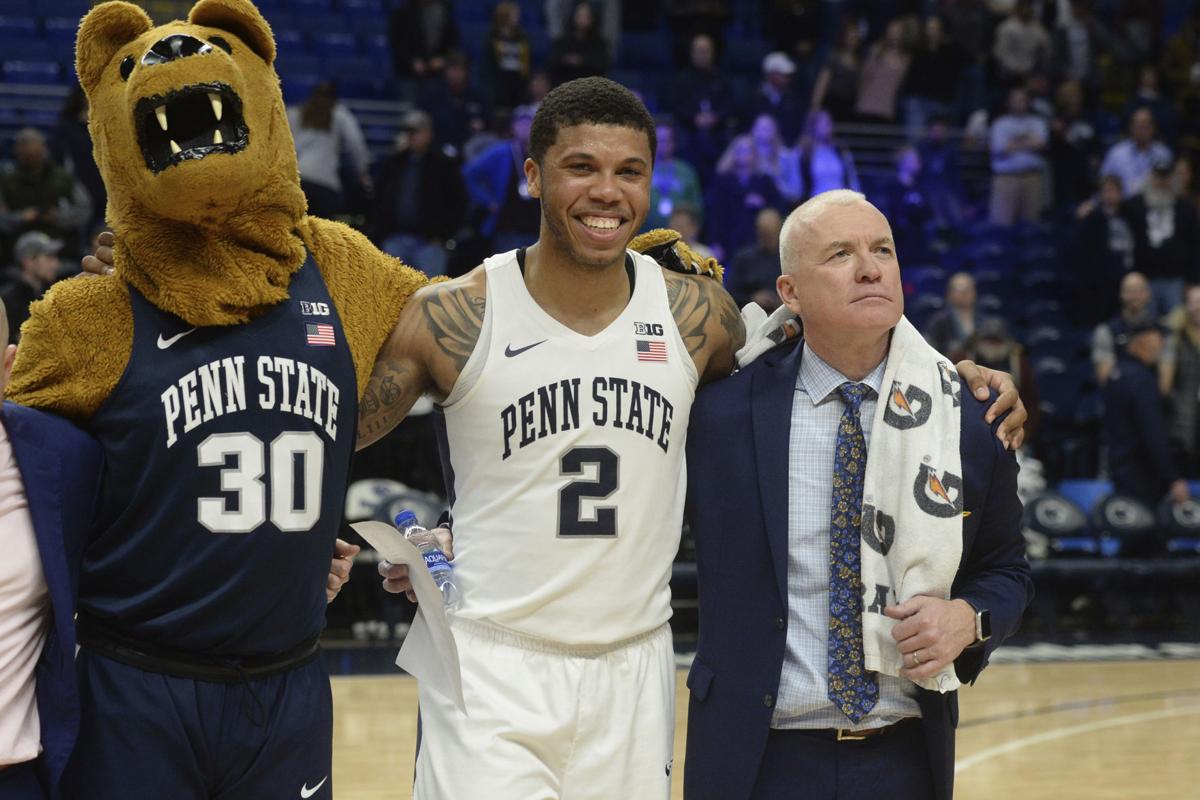 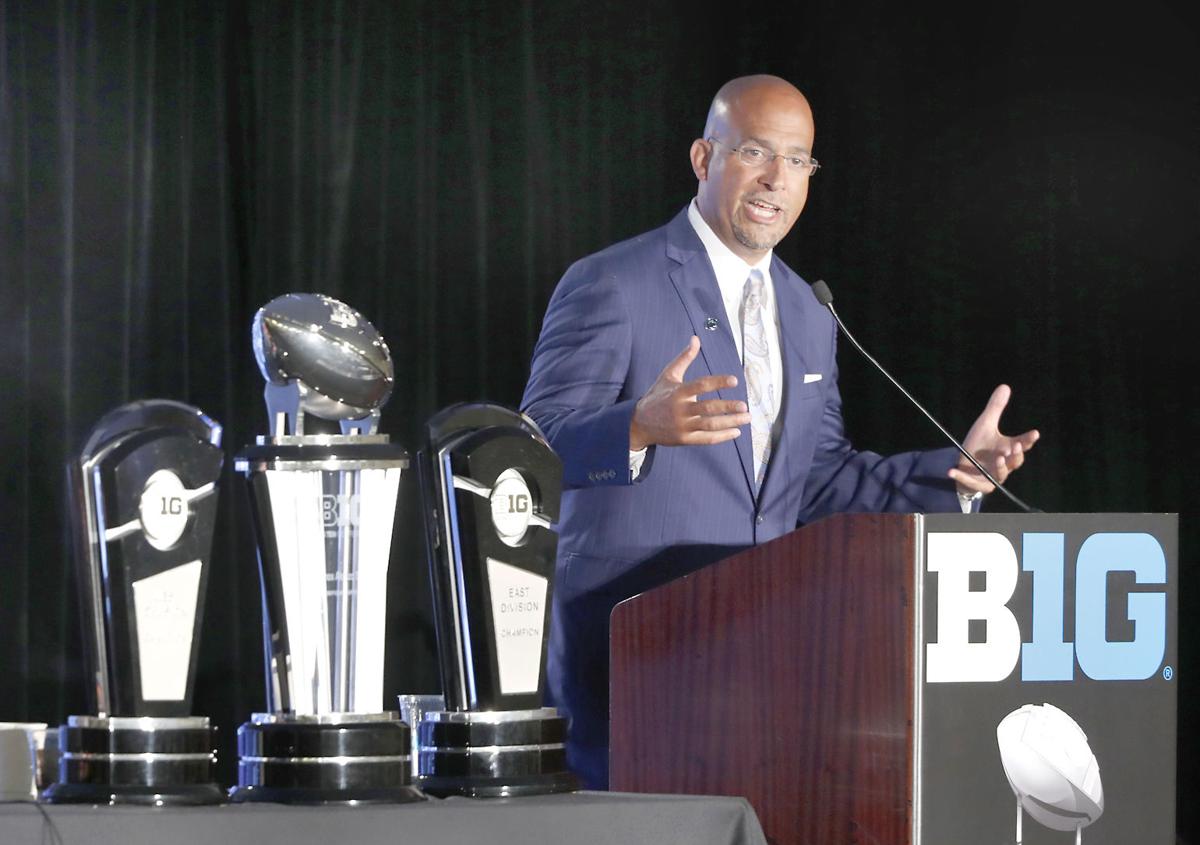 “I’ve been working on a website with my friend at home, and it has a lot to do with athletes being involved in the Black Lives Matter movement,” Jack said. “Jen James saw my interest in the movement, I think, and had nominated me to be the female athlete from Penn State and basically just contacted me asking if I was interested in it, which I am more than interested in being involved it that.”

“As the head football coach at Penn State, I have an opportunity to make an impact,” Franklin said. “But I know that impact will be greater if we do it we do it as a football program. I also know that, like the commissioner is doing, if we can get the Big Ten Conference to do something – very similar to the stuff NASCAR just did recently, very similar to what the SEC has done – we’re obviously even more powerful when we do something as a conference.”

Kieger’s Twitter feed over the last few weeks has been abuzz with posts calling for racial and social justice. She and her players on June 3 released a minute-long video titled, “Together, we can and will Ignite the Change.”

The video was in response to the death of George Floyd at the hands of Minneapolis police officer Derek Chauvin and the ensuing protests and rallies calling for social and racial justice.

Kieger, who was hired as head coach last year, is a Minneapolis native. Her parents still reside in the area. Representing Penn State on the coalition was a no-brainer.

Penn State’s women’s basketball team has taken its efforts to ignite change one step further. On the fifth of every month, Kieger said the team will complete an action item. The fifth is symbolic as No. 5 was George Floyd’s college basketball number at then-South Florida Community College.

“It’s great to talk about it, it’s great to have meaningful conversations, but we want to be more a part of, ‘How do we actually create change, and how do we actually make equality something that isn’t just a Band-Aid put over it?’ Kieger said. “We’re working for the future. That’s what our team wants to do, and I thought this would be a great opportunity for me to be involved.”

Penn State men’s basketball player Myles Dread joins Jack and Penn State football player PJ Mustipher as one of three Nittany Lions’ student-athlete representatives. While Dread is passionate to share his experiences and thoughts with fellow coalition members, he said he’s just as eager to speak on behalf of those who haven’t been heard.

“I just want to make a change in any way that I can,” Dread said. “Whether that’s through informing people or holding types of conversations or ever just letting it be known that hate and racism will be unacceptable. I just want it to be very productive and make my voice heard along with other people’s voices who might not have the platform to be heard. I want their voices to be heard, as well.”

In January, Warren officially took command of the Big Ten from the retiring Jim Delaney. Warren’s hire made him the first Black commissioner in the league’s 124-year history.

During Jack’s recruitment process, the now-rising junior said swimming in a conference where she knew she would be embraced for who she is was weighed heavily in her selection process. Having Warren as an ally further confirms she made the right decision.

“I actually met him at the Big Ten championships this past spring,” Jack said. “I think seeing him on deck and being at a predominately White sport, it just showed me how much support he has for Black athletes, and how much care he has for our experiences and our athletic lives and our personal lives… I’ve just really appreciated seeing how much he’s involved in the Big Ten.”

For Dread, a rising junior, Warren’s creation of the Anti-Hate and Anti-Racism Coalition coupled with the conference’s mental health awareness initiative in May provides peace of mind in knowing that his and his fellow student-athletes’ well-being and voice are being considered.

“It means the world, honestly,” Dread said. “To talk to some of my friends who aren’t in the Big Ten and hearing their opinions on the Big Ten making such strides in mental health and anti-hate and anti-racism awareness and stuff like that, it’s very pleasing to hear. To be a part of it is exciting. A lot of people wished they had the opportunity to have a voice in their conference and make their voices heard, and for me to be a part of that is very, very exciting.”

PRIER[mdash] Roger, 56, Portage. Entered into new life July 9, 2020 at Cambria Care Center. Born March 02, 1964 in Philadelphia. Roger was a member of Holy Family Parish, and a long time resident of Cambria Residential Services. Friends received from 10 AM until time of service 11 AM Monday …