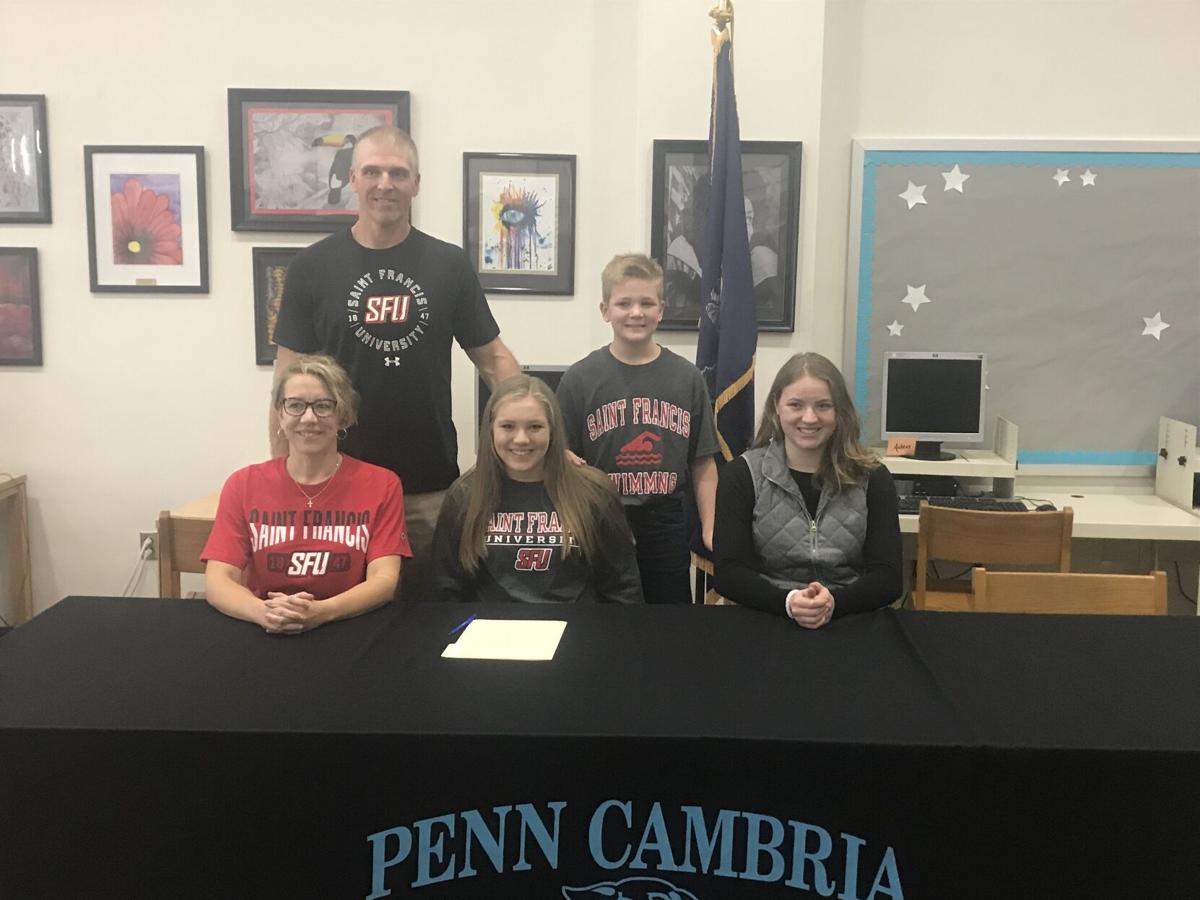 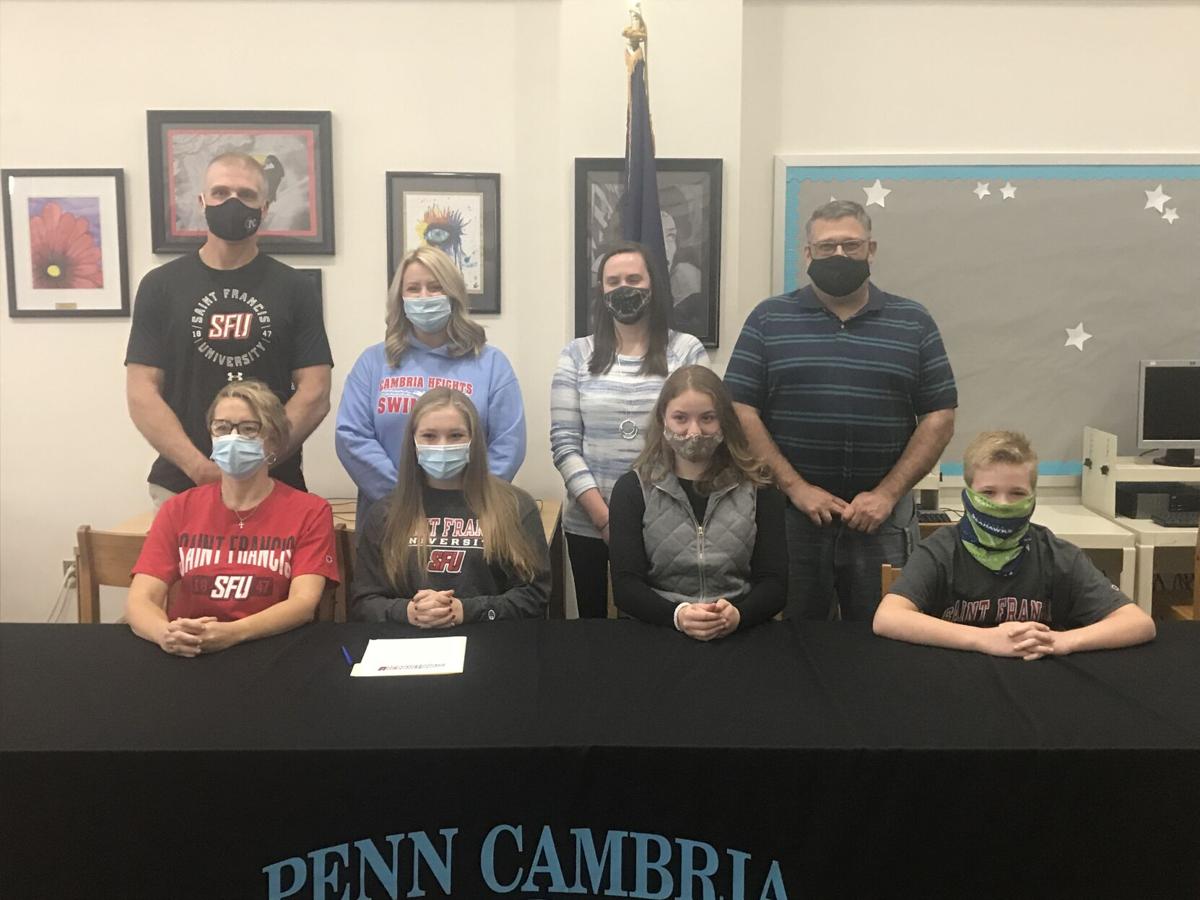 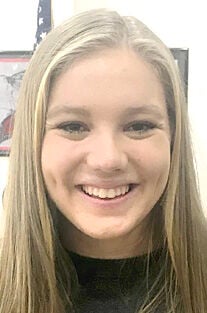 CRESSON – Penn Cambria senior McKenzie Watt was intent on focusing on academics in college. However, her ascension in the pool and attention from intercollegiate coaches changed her plans.

On Friday, Watt signed her National Letter of Intent to major in chemistry and join the swim team at nearby St. Francis University in a ceremony in the high school’s library.

“I did not expect to have an offer to swim at a college, especially Division I,” Watt said. “Phil (Hurley), the head coach at St. Francis reached out to me and offered me a spot on the swim team, and it was something I couldn’t refuse.”

Watt, who swims on the Cambria Heights team as part of a co-op, was drawn to the chemistry department on the Loretto campus. She intends to go to pharmacy school after earning her undergraduate degree. But a chance to tap into her passion was icing on the cake.

“I think the people and the sport itself makes it really important to me,” Watt described her zeal for swimming. “I started competitively swimming at the age of 5, and I immediately fell in love with it. I feel like I’m a happier person when I’m swimming. I love the water, I love the team, it’s a really great sport.”

She holds three school records at Cambria Heights in the 200 medley, 200 free and 400 free relay races.

“A lot of girls will plateau at the age of 16 and 17 years old, where If you go onto the next level, she’s going to lift more, get good nutrition and other factors that will be an advantage for the kind of athlete she is," he said. "I think McKenzie’s got a real high ceiling.”

Watt also participated in cross country and track and field at Penn Cambria.

“I think the people made it the right fit for me. When we were touring around campus, not only was my tour guide extremely friendly, also when you walk around the people were really welcoming. I felt like the teachers, especially, were really nice there. I had a personal tour of the chemistry department, and the teachers took the time to show me around. I’ve been to St. Francis multiple times to look at their athletic facilities, and they have some of the best facilities around.”

Watt, who was also accepted into Duquesne, is the daughter of Ben and Lynn Watt, of Ashville.

Elijah Sechler and Grace Dorcon have helped to elevate their sports to the highest level of competition during their playing careers at Berlin Brothersvalley.