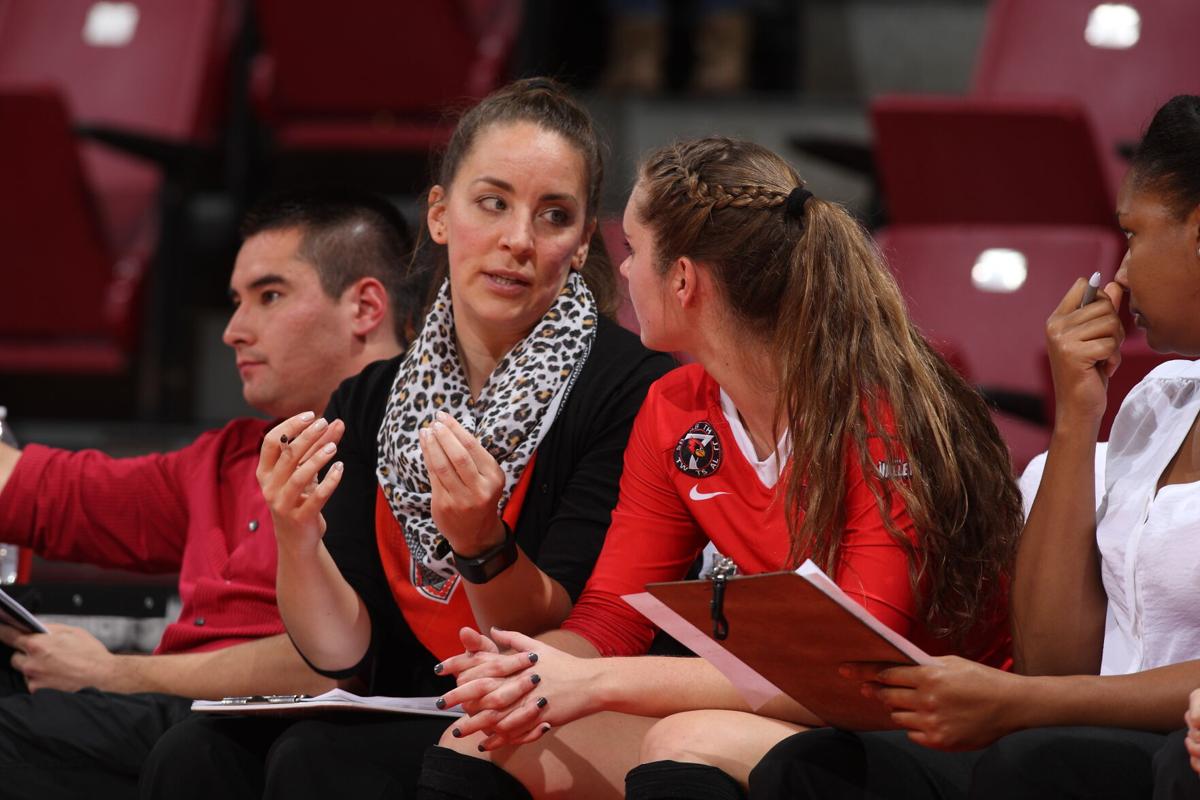 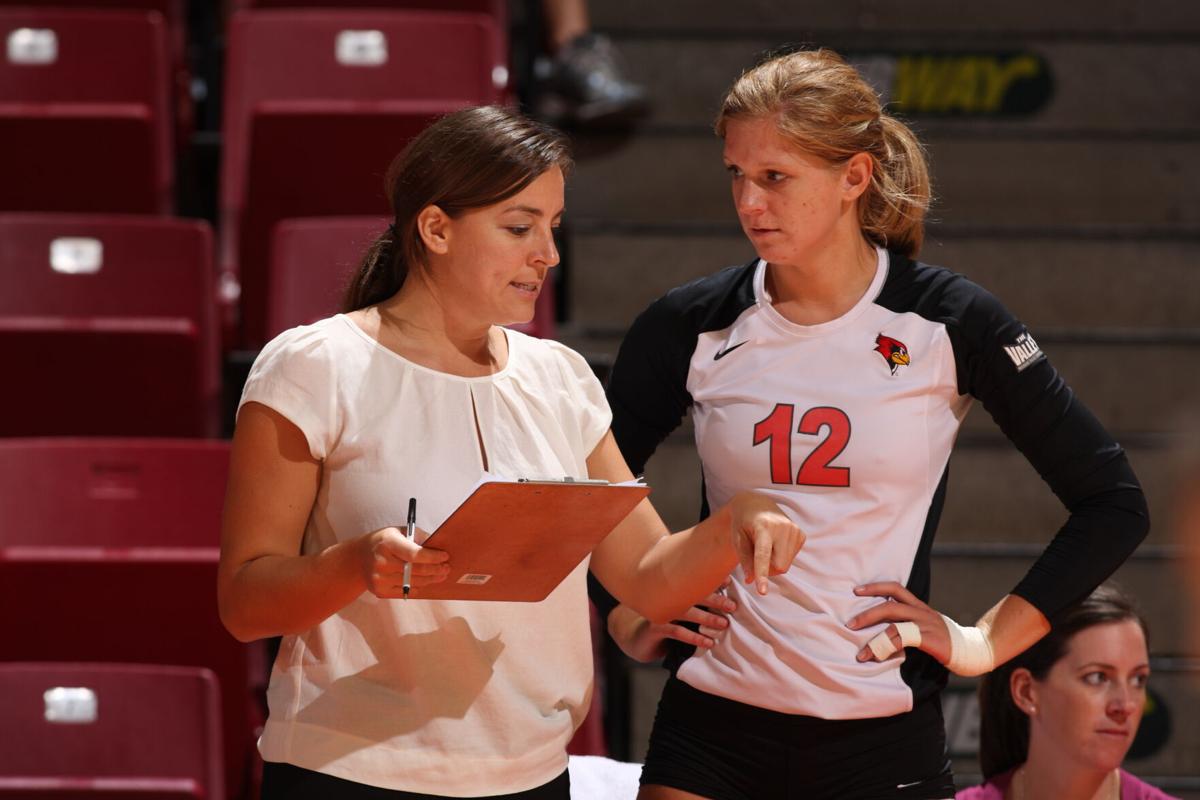 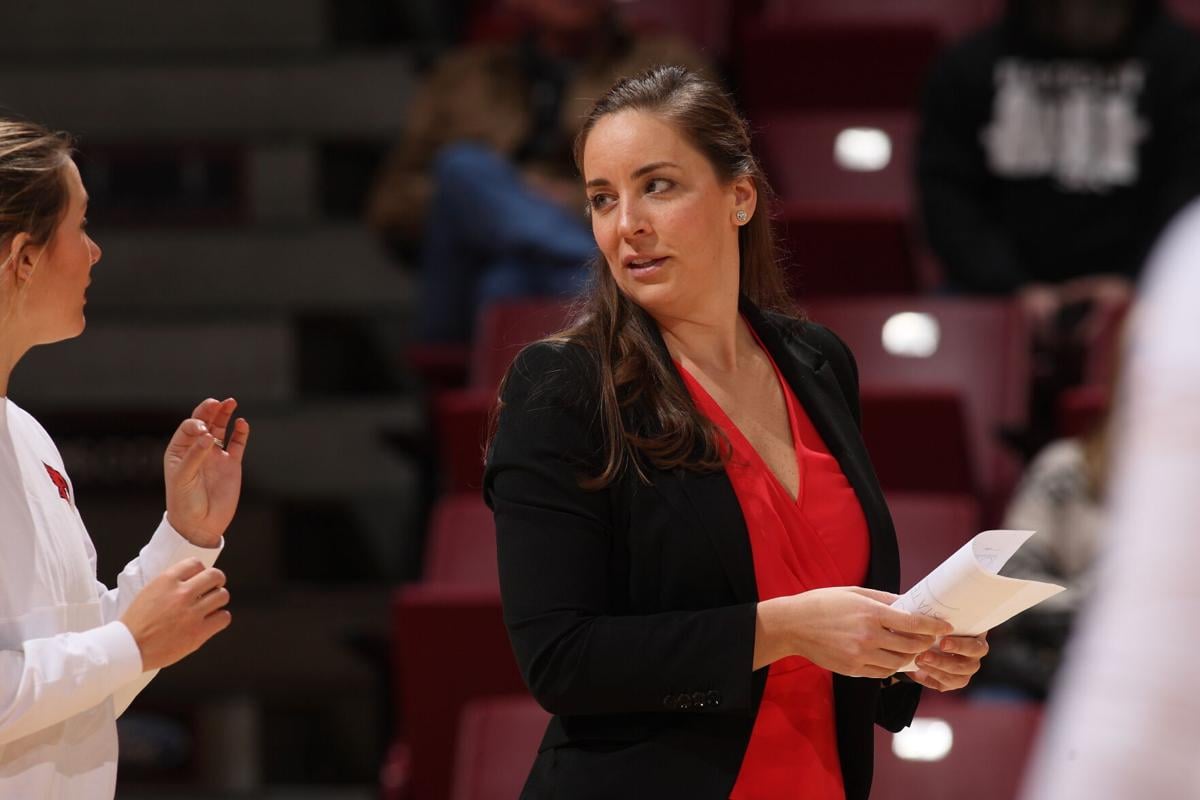 Then-Illinois State volleyball coach Melissa Myers gets ready for a match in this undated photo. 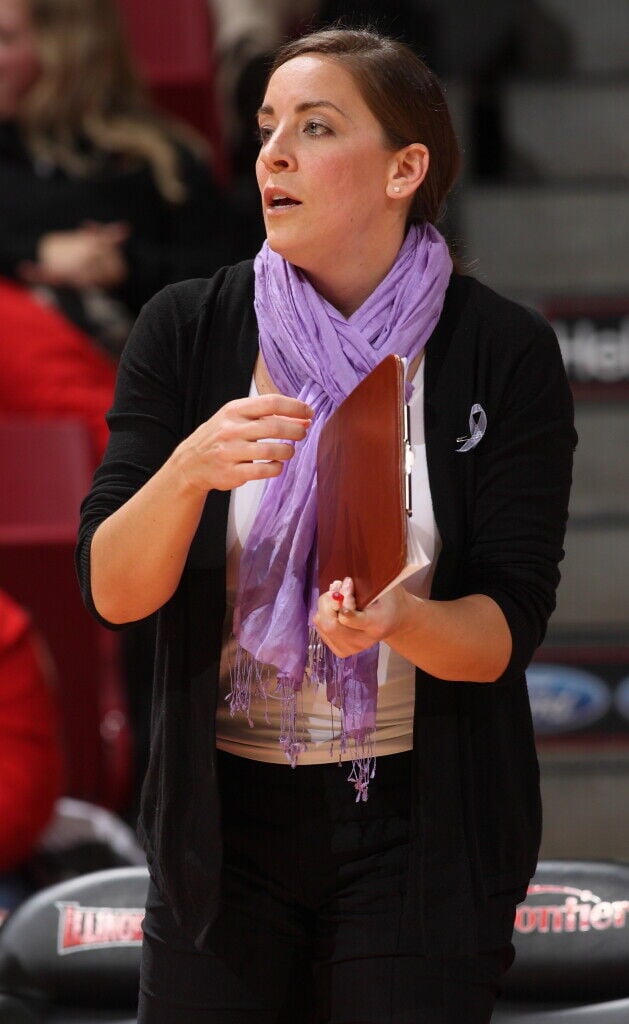 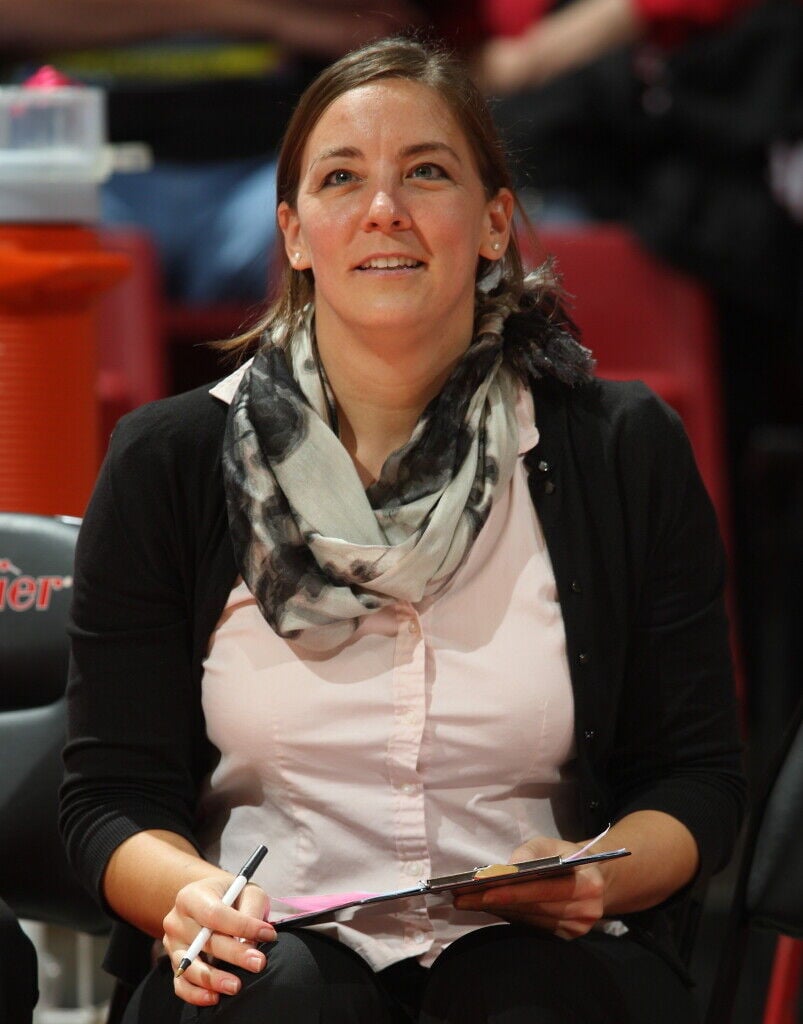 Then-Illinois State volleyball coach Melissa Myers gets ready for a match in this undated photo.

As a coach, she led women’s volleyball programs to championship performances at both the NCAA Division I and Division II levels.

Myers credits her time on the volleyball court, track and in the classrooms at Northern Cambria High School for much of her success.

“I feel fortunate I was able to play at a school where I was able to play multiple sports,” said Myers, who will officially be inducted into the Cambria County Sports Hall of Fame Class of 2020 on Saturday night. “I think it’s a great training ground.

“I remember all of my coaches. Mike Hogan at Northern Cambria had been coaching volleyball for so many years. He’s had a wonderful career. He was an All-American and team captain at Penn State. He came to our school and built a phenomenal program there.”

Indeed. Hogan will share in the big night with Myers, his former standout player who graduated in 1994.

The Northern Cambria High School girls volleyball program will be honored for its back-to-back PIAA Class 1A state championships in 2018 and 2019. Hogan, who retired after 30 seasons prior to this academic year, coached those Colts teams that will be part of the program at the Frank J. Pasquerilla Conference Center.

“I feel super honored,” said Myers, who stepped down as head women’s volleyball coach at Division I Illinois State in 2017 and now resides near Morgantown, West Virginia. “Being someone from Cambria County who has been able to go on to some success not only as an athlete, but as a coach, 50 years ago women wouldn’t have had this opportunity. I feel lucky to have grown up in the time I grew up. I’ve met some amazing people along the way.”

Myers said she hadn’t given college a lot of consideration until late in her scholastic career. Then, she decided to take her talents to NCAA Division III Juniata College in Huntingdon.

At Juniata College, where she was inducted into the program’s hall of fame in 2008, Myers was named Middle-Atlantic Conference (MAC) Volleyball Player of the Year and AVCA First-Team All-American in 1997.

Myers placed sixth in the shot put at the NCAA Division III track and field championship event in 1998 to attain All-American status and was a MAC champion in the event. She had a then-record shot put throw of 43 feet-6 inches, breaking the previous mark she had set, and held the Juniata College pentathlon record with 2,249 points.

“Juniata felt pretty confident that I could excel in both sports,” said Myers, who played four volleyball seasons, but only three track seasons because she studied abroad one semester. “Again, great coaches. Larry Bock is one of the winningest, if not the winningest, coach in NCAA history.

“We won a conference championship almost every year. We made the NCAA finals and finished second (in 1996, 1997).”

Myers had her first head coaching position in volleyball at Division II California (Pa.) University and was inducted into the university’s sports hall of fame in 2017.

“Now I was a head coach, but only volleyball. I got my master’s degree while I was there,” Myers said of California. “After a few years there, we were able to turn the program around and get them back to the Elite Eight. It was a slow start, a tough start, but we ended up winning a championship.”

She led Illinois State to Missouri Valley Conference (MVC) regular-season and tournament titles in 2014 when the team went 27-6 and advanced to the NCAA Tournament for the first time since 2007, winning its first NCAA Tournament match since 1996.

“I spent nine years at Illinois State before I chose to get out of the profession for personal reasons,” Myers said. “I chose to leave coaching and take some time off.”

She made good use of her time.

“I studied French in France. I taught English. I traveled to Asia. I’ve been to national parks in the U.S. and the Himalayas, Africa,” Myers said. “I’ve taken time off and done different things around the world. I love to travel. I just chose to take a few years off and get away from it.”

But the coach in Myers never really went away.

“I’ve gotten back into it the last year with Pittsburgh Elite Club, which is comparable to an AAU team in basketball,” she said.

“It’s the largest club in Pittsburgh. I drive an hour and a half to get there.