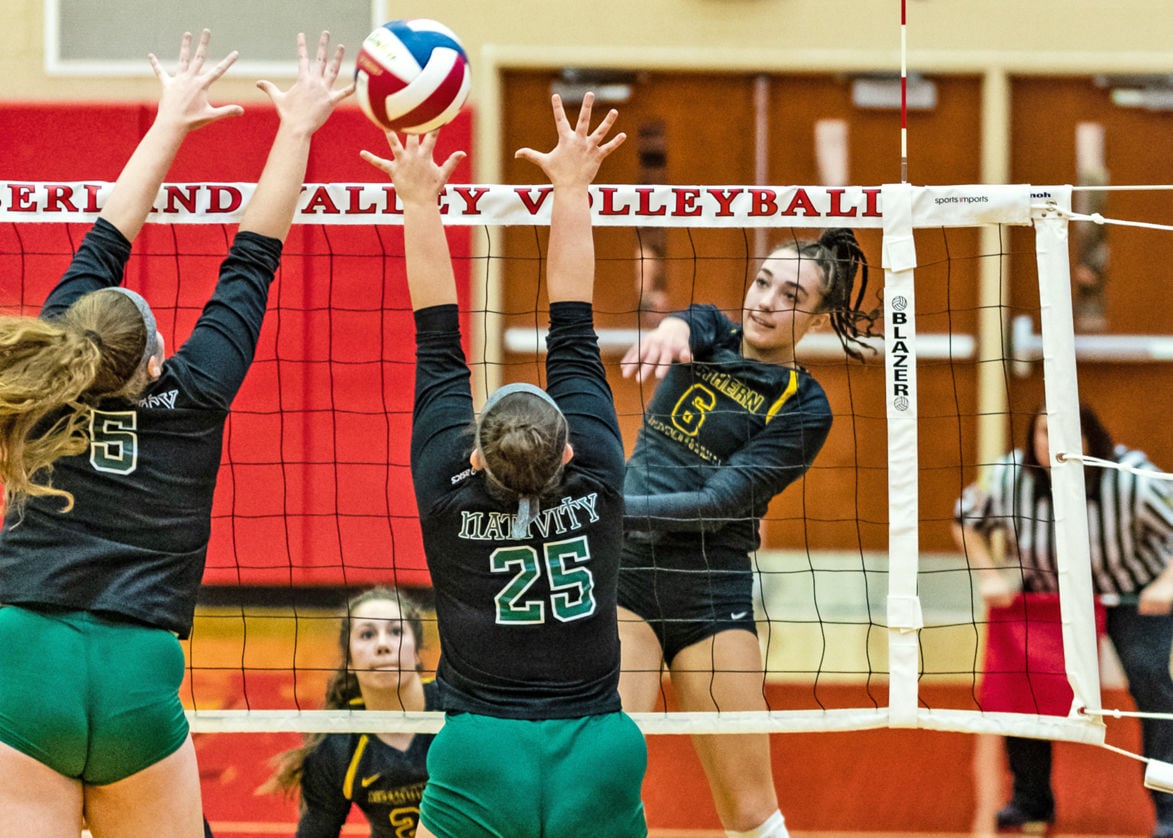 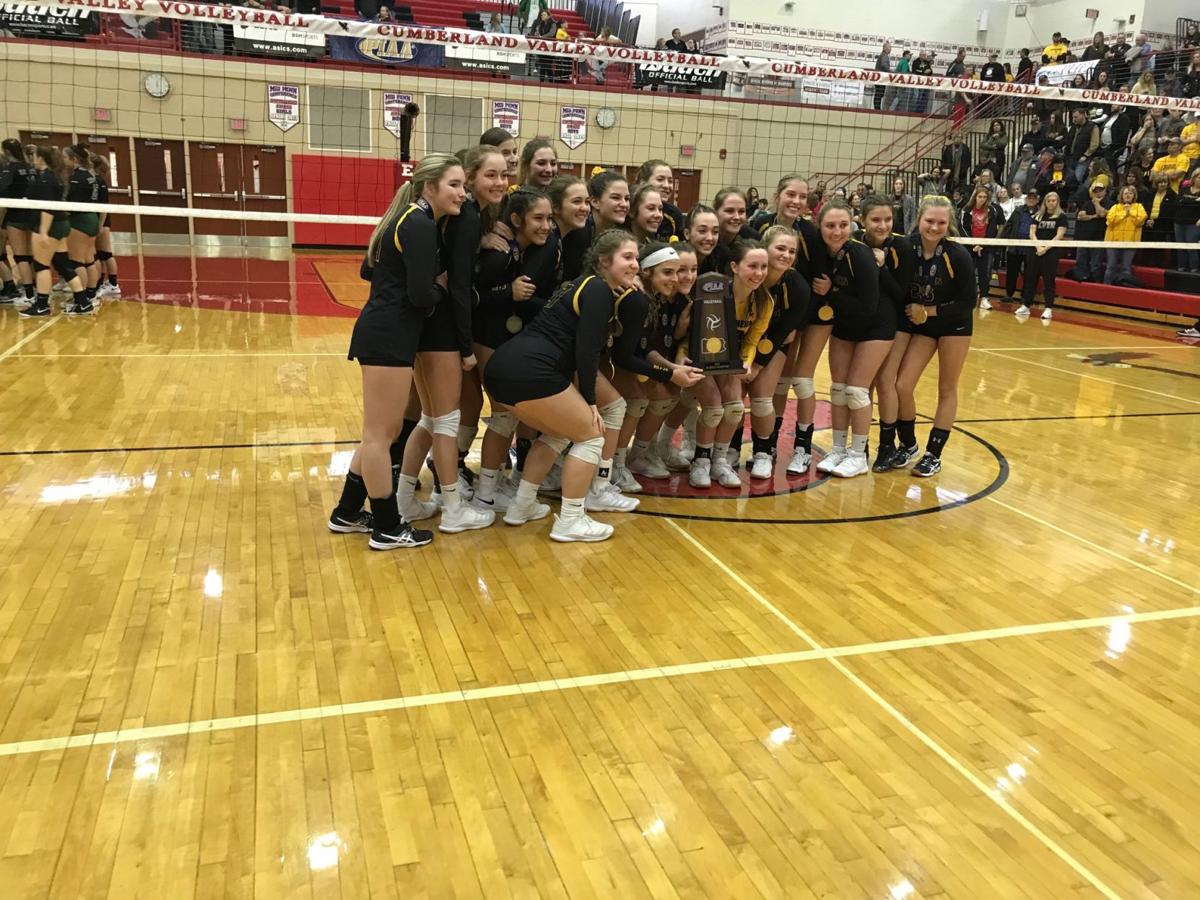 Members of the Northern Cambria volley team celebrate with their gold medals and PIAA championship trophy after the Colts swept Nativity BVM in their PIAA Class A volleyball championship match on Saturday, Nov. 16, 2019 at Cumberland Valley High School.

Members of the Northern Cambria volley team celebrate with their gold medals and PIAA championship trophy after the Colts swept Nativity BVM in their PIAA Class A volleyball championship match on Saturday, Nov. 16, 2019 at Cumberland Valley High School.

MECHANICSBURG – It is a winding and arduous path to a PIAA volleyball championship, but the Northern Cambria girls have now successfully navigated the journey two straight years.

The Heritage Conference and District 6-champion Colts defeated Nativity BVM 3-0 on Saturday in the Class A title game at Cumberland Valley High School.

“This means the world to us, nobody’s ever done it in single-A before and that was our goal the whole year; we wanted to come back strong,” said senior outside hitter Autumn Donatelli. “We have made a legacy for ourselves. Coach (Mike) Hogan always tells us whenever we come back to the gym, that we are going to see a number on the wall and we will be able to say that we did that. It just means so much to us.”

Holding a 2-0 lead, the Colts had their toughest set of the championship in the third.

Northern Cambria fell behind early and struggled to get back on track, finally pulling even at 8. After that, there were 11 more ties and the District 11 champs built their biggest lead of the match, 18-13.

The Colts remained poised and focused and fought their way back to tie it at 22. There were five lead changes down the stretch. After a tie at 29, senior middle hitter Jenna Lutch delivered kills on the final two points to help Northern Cambria bring the trophy home.

“Once we started getting down, that’s when I usually start kicking it into gear,” Lutch said. “They put so much of a block on Maggie (Hogan) that they didn’t see me coming. We work together as a team and never get down on each other.

“They sure made us work for that one,” Coach Hogan said. “They started moving the ball around, throwing it deep and making some shots on us and we maybe caught up in the moment a little bit and started thinking about how it was going to go at the end when we had to make it get to the end first. Like always, our girls are super coachable and they refocused and kept going.

“They were loading up on Mags (Maggie Hogan), who still had a very complete game with good ball handling, serve receiving and defense, really gets our whole offense rolling.”

Nativity coach Jenn Daubert was proud of the no-quit attitude that her squad showed.

“We fought in the second set as well and I told the girls that we had two options, we could either fold and go home or we could give everything that we had,” Daubert said. “I felt that we should choose option No. 2 and they just came out and gave everything that we possibly had out there on the floor. If you can do that in your volleyball career, then you can live with yourself.”

The Colts, who also won PIAA Championships in 2005 and 2009, came out of the gate playing like the defending state champions, never trailing in the first set and leading by as many as 11 with junior outside hitter Maggie Hogan registering seven of her game-high 20 kills in the set.

In the second set, Northern Cambria again started strong, building an eight-point advantage before the Green Wave came roaring back to within a point, 13-12.

The steady and consistent Colts again pulled away to take the 2-0 lead.

“I think we got a little too much in our heads and it was like we thought we were done, and we weren’t done,” Lutch said. “They kept fighting and didn’t roll over.”

Junior setter Camryn Dumm had 34 assists and three aces for Northern Cambria, which also got 11 kills from Lutch along with six kills from junior middle hitter Emma Kollar.

“I think just being in the moment is the biggest thing that I am going to remember the most, and just how special this was,” Donatelli said.