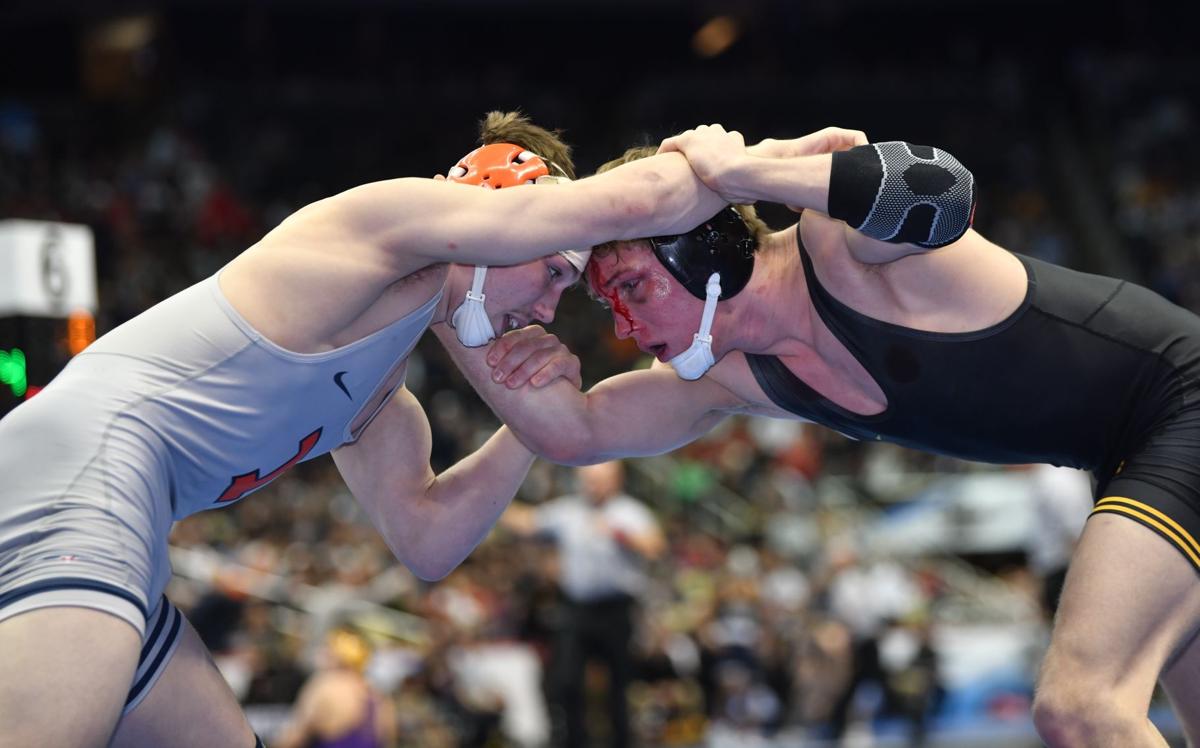 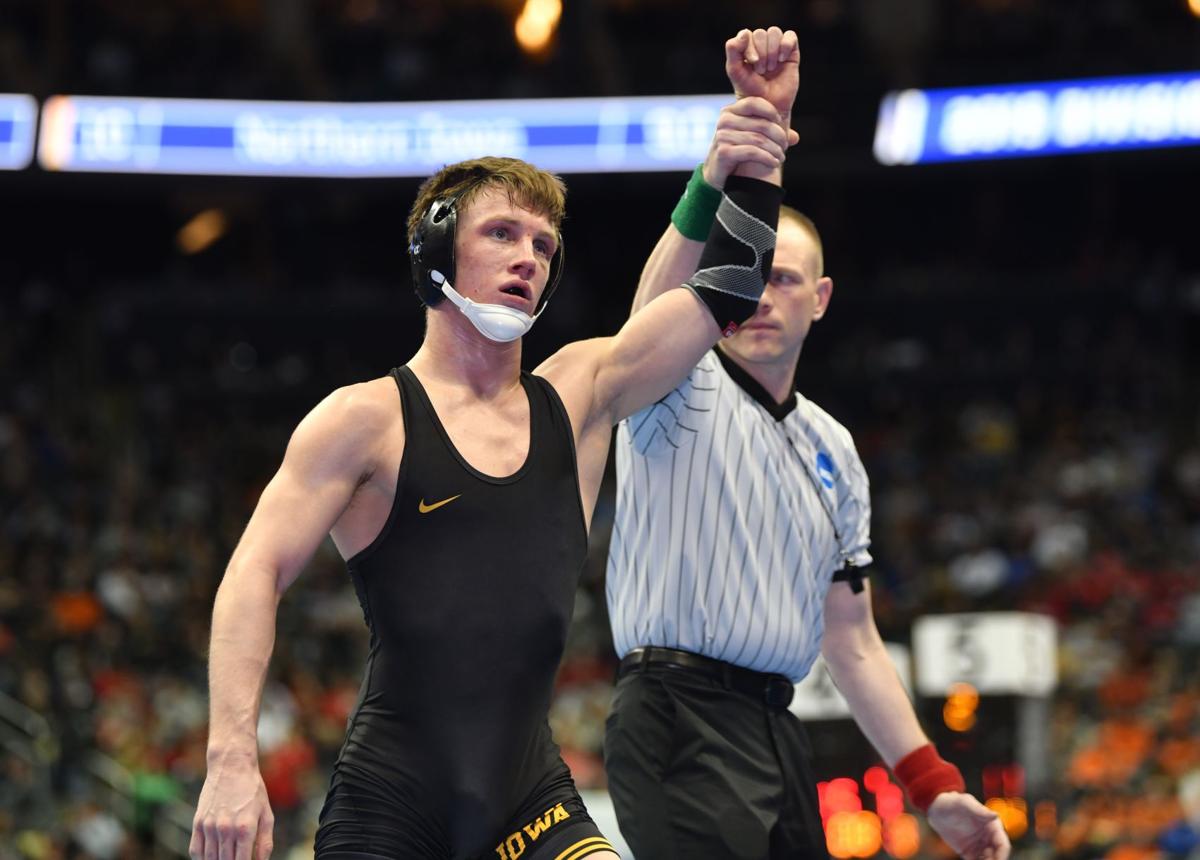 Iowa's Max Murin is shown after beating Illinois’ Michael Carr in a 141-pound bout, during the NCAA Division I Wrestling Championships at PPG Paints Arena in Pittsburgh, PA., Thursday, Mar.21, 2019. 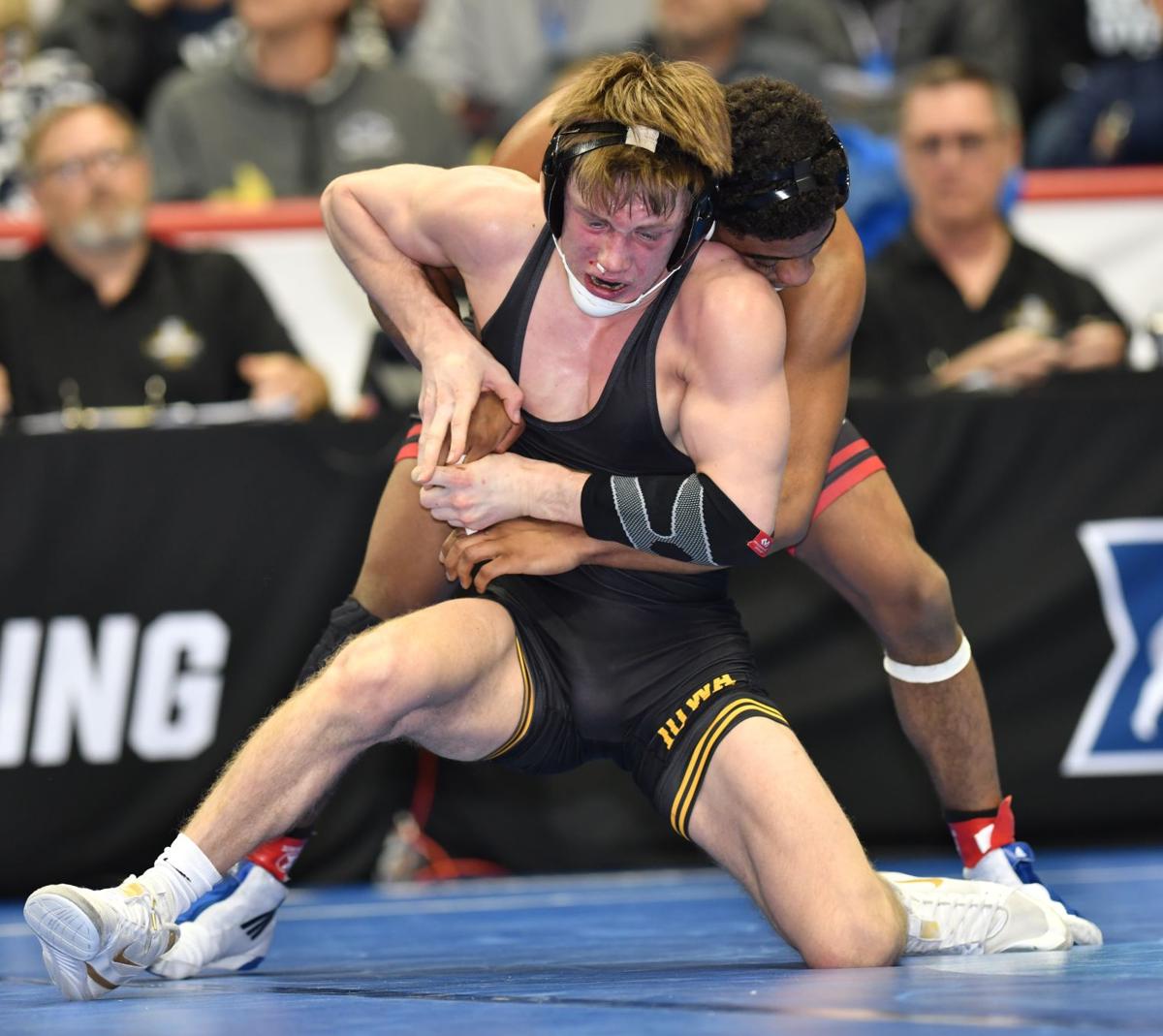 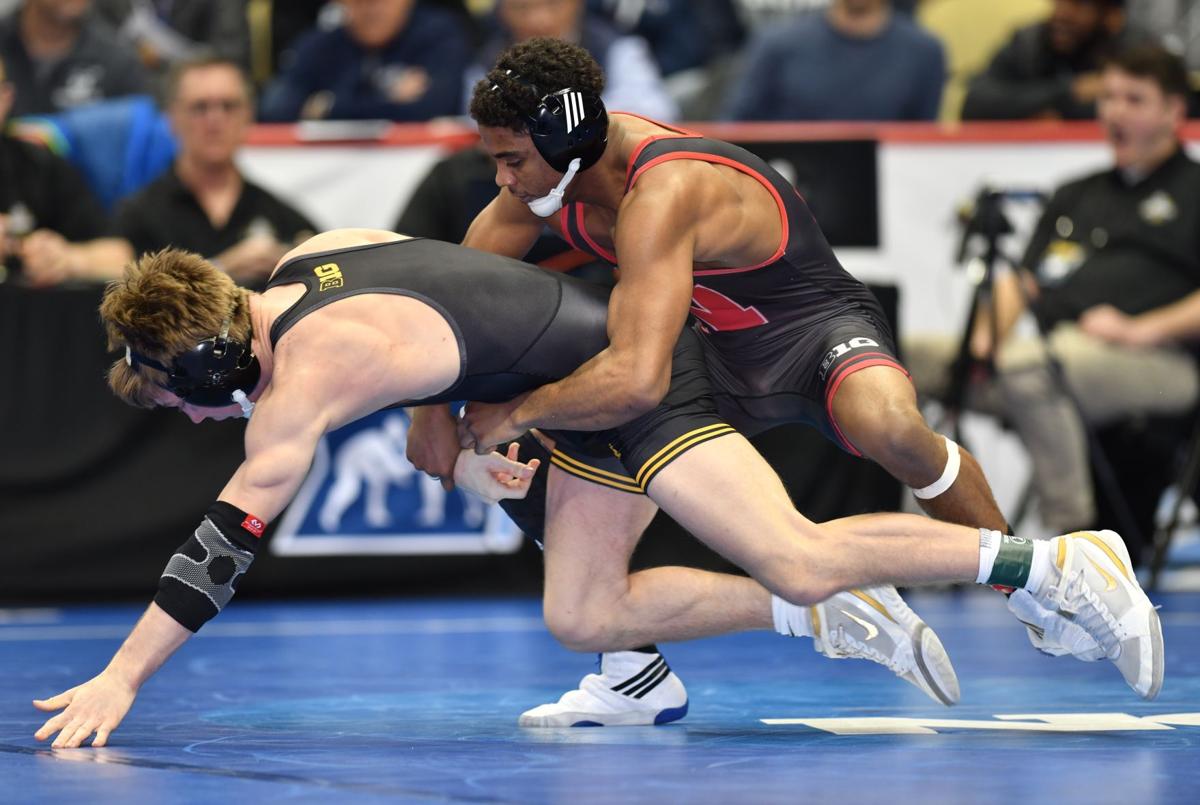 Iowa's Max Murin is shown after beating Illinois’ Michael Carr in a 141-pound bout, during the NCAA Division I Wrestling Championships at PPG Paints Arena in Pittsburgh, PA., Thursday, Mar.21, 2019.

PITTSBURGH – This was a business trip for Max Murin and, by his lofty standards, it was not a successful one.

The Central Cambria graduate, who is now a redshirt freshman at Iowa, returned to his home state for the NCAA Division I Wrestling Championships at PPG Paints Arena. He went 2-2 and wrestled above his No. 22 seed, but he wasn't satisfied with a performance that left him short of a top-eight finish.

He was eliminated from the 141-pound bracket in the "blood round" on Friday night – one victory shy of All-American status. He returned to the arena to cheer on his teammates and spend a few minutes catching up with his biggest supporters.

“I just stopped and talked to my family a little bit, but not as much as I thought I'd be (able to),” he said. “(The week was) mostly just wrestling, but it's still awesome.”

Murin, who won a pair of PIAA Class AA titles at Central Cambria, showed that he can compete with the top wrestlers in the country. He lost 4-1 to Penn State's Nick Lee, who finished fifth, and 4-1 to Nebraska's Chad Red, the eighth-place finisher.

“I know I can beat anyone in the country,” said Murin, who went 19-10 this season while placing second at Midlands and seventh in the Big Ten. “I need to finish my leg attacks and get off the bottom.”

Getting off the bottom was a problem against Red.

“He kept on tying up on my wrists and returning me (to the mat),” Murin said. “I just need to explode out of there.”

In his first NCAA appearance, Murin beat No. 11 Tristan Moran of Wisconsin and No. 6 Michael Carr of Illinois before losing the two close matches.

“They beat some guys who were All-Americans, so it's a big confidence booster,” Murin said. “I know I can be the best.”

Iowa coach Tom Brands spoke highly of Murin during a pre-tournament press conference, saying: “We love Max Murin in our program, and we joke he leads with his face. And I don't mind guys like that.”

Murin feels right at home in Iowa program that includes All-Americans Spencer Lee, Austin DeSanto, Kaleb Young and Michael Kemerer, all of whom hail from Pennsylvania.

“I love it,” Murin said of his school. “I've grown as a wrestler and as a person. Just getting better every day.”

With Pat Lugo in the Hawkeyes lineup – a Florida native who transferred to Iowa from Edinboro – Murin doesn't expect a weight change next season.

Penn State dominated from start to finish at the NCAA Division I Wrestling Championships – even if the final round didn't go quite that way.