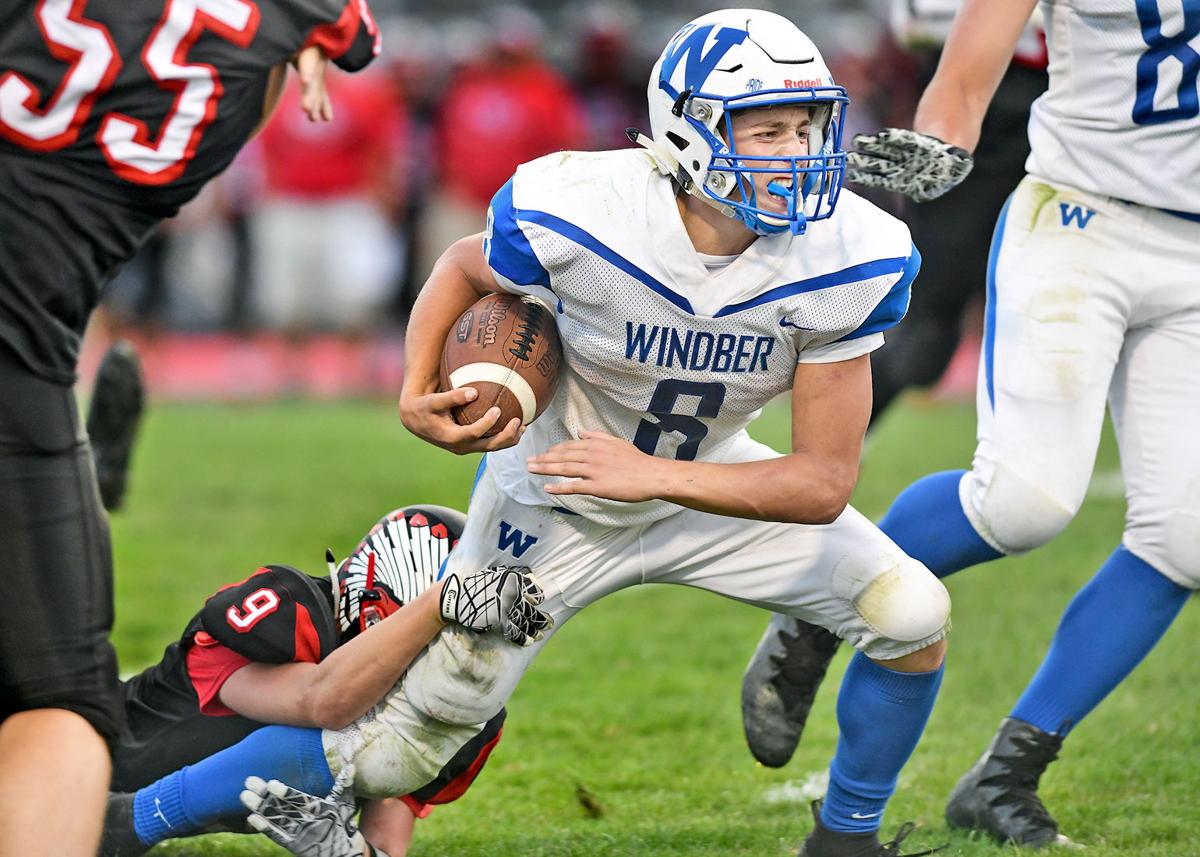 Plus, the Ramblers schedule has WestPAC heavyweights such as Portage, Berlin Brothersvalley and Meyersdale awaiting.

The 5-foot-10, 170-pound running back/defensive end made an early impression in Windber’s lopsided 52-6 victory at Conemaugh Township in the opener.

“He’s 14 years old but there is something different about him.”

Shuster finished with an area-best 236 rushing yards on 33 carries in the Ramblers’ single wing-based offense.

“In junior high those kids were undefeated the last two years. He had a lot of yardage in junior high, but those guys never got touched,” Grohal said of Windber’s young backs. “This was like, ‘Welcome to varsity football,’ and (Shuster) made some runs that you shake your head. He made some runs that a freshman shouldn’t be able to make.”

“The guys up front worked hard,” Shuster said in a post-game interview.

“They made the holes and it made it easy to run.”

At defensive end, Shuster had three sacks, which tied with North Star’s Alex Wojnarowski for the area lead.

“His sacks were at times where we needed a big play,” Grohal said. “It wasn’t like we got three sacks at the end of the game.

“He got them when they counted and we needed a big play.”

Windber returned seven starters on both sides of the ball. Grohal also touted a solid group of young but experienced players’ potential.

“Next to (former Ramblers back Evan) Quinn, he’s probably the hardest-working kid I’ve ever had,” ninth-year head coach Grohal said of Shuster.

“He’s first in every drill. Pound for pound he’s the strongest kid on the team. He’s earned everything he’s done through Week 1 for sure.”

The Ramblers host Ferndale on Friday.

Big catches: Bishop McCort Catholic’s Jordan Page had an area-best 157 receiving yards on three catches in a 28-14 loss to Richland at Sargent’s Stadium.

Penn Cambria’s Jake Tsikalas had an area-high nine receptions in a 42-6 loss to Cambria Heights in Patton. Tsikalas had 119 receiving yards.

Double duty: Ligonier Valley’s Beard was among the area scoring leaders with a touchdown and seven extra points for 13 points.

Windber’s Evan Custer, Meyersdale’s Brennan Campbell and Berlin Brothersvalley’s Brady Glessner each were perfect on six extra-point attempts to tie for second in the area with six kicking points.

Arm strength: Ligonier Valley’s Sam Sheeder had a successful return to the quarterback spot, completing 10 of 11 passes for 226 yards, three touchdowns and no interceptions in a 67-0 win over Homer-Center.

Sheeder was the Rams’ starting quarterback as a sophomore in 2017 but went down with a knee injury in Week 4, which led to Jackson Daugherty and John Caldwell stepping in at the quarterback spot that season. Caldwell also was among the area’s best QBs last season before graduating.