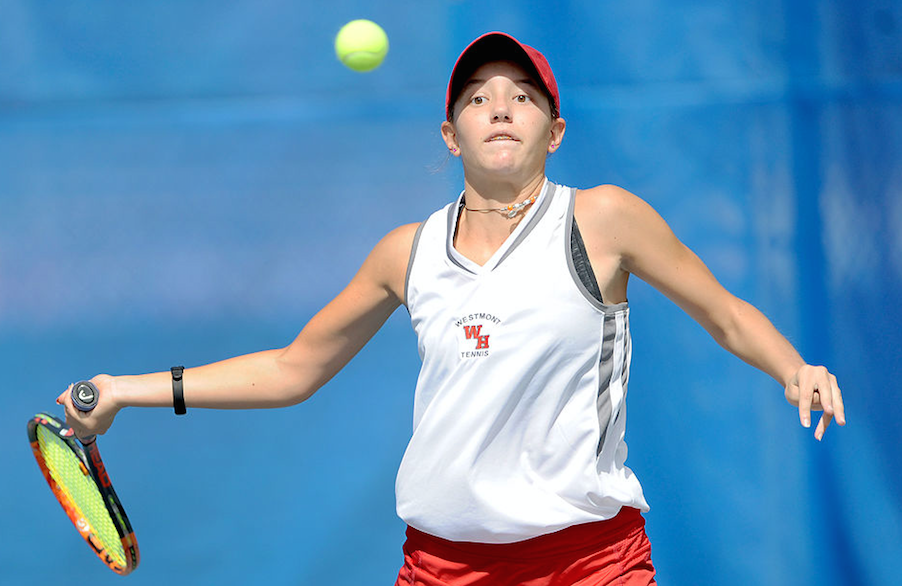 Westmont Hilltop’s Alyssa Kush returns a shot to Central Cambria’s Olivia Ratchford during their match in Ebensburg on Tuesday, Sept. 18, 2018. Kush won 6-1, 6-0, but the Red Devils beat the Hilltoppers 3-2. 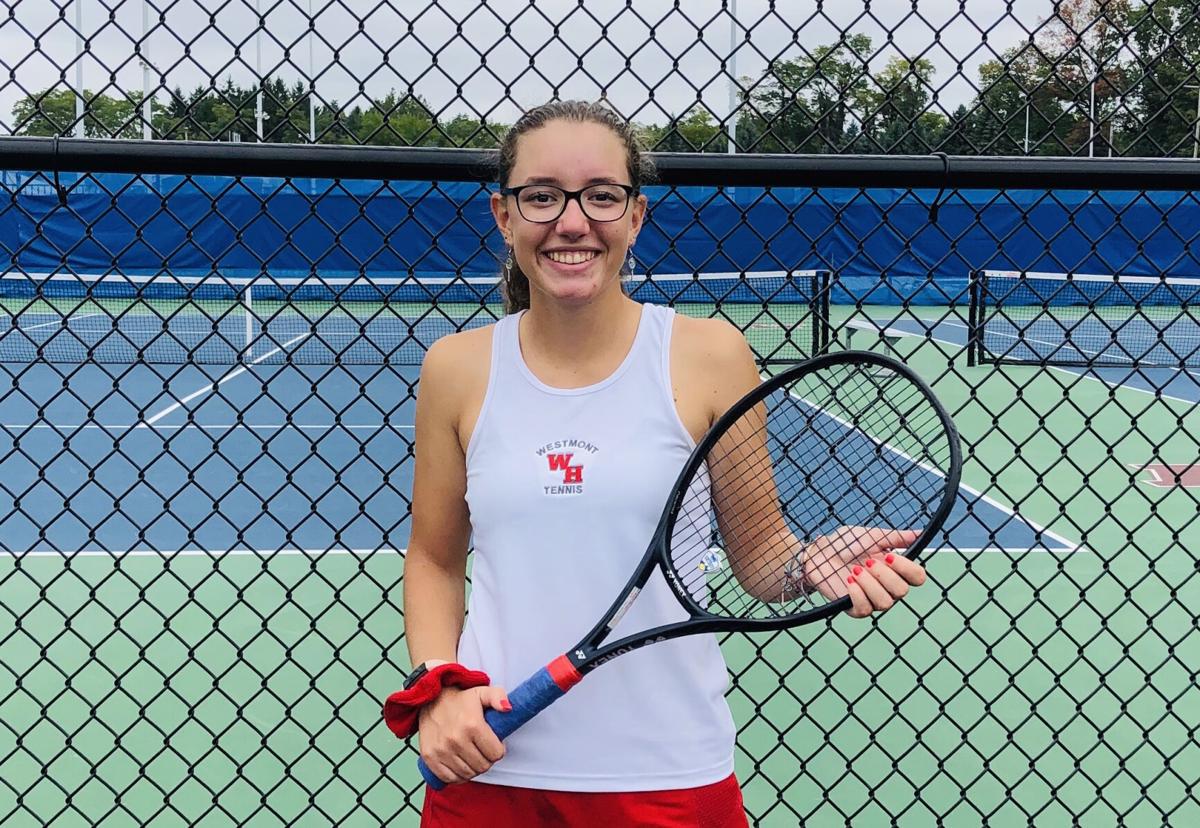 Westmont Hilltop’s Alyssa Kush returns a shot to Central Cambria’s Olivia Ratchford during their match in Ebensburg on Tuesday, Sept. 18, 2018. Kush won 6-1, 6-0, but the Red Devils beat the Hilltoppers 3-2.

The COVID-19 pandemic has forced all of us to adapt in some manner – whether at work or school, in the shopping center or grocery store.

And, throughout the sporting world.

Westmont Hilltop junior Alyssa Kush used the early months of the quarantine to take up a new sport – golf.

Kush has been among the region’s top girls tennis players at the varsity level, winning her third consecutive District 6 tennis championship on Sept. 26. She will make her third straight trip to the PIAA Tournament early next month.

On Thursday, Kush played in her first District 6 Class AA girls golf tournament and finished as runner-up at Windber Country Club. Her par-saving putt on the extra hole enabled Westmont Hilltop to win the 6-AA team title, thus earning the Hilltoppers a spot in the state team tournament.

Not a bad golf outing for a tennis star and her teammates.

“Just this summer since we’ve been in quarantine I decided to play golf with my dad and my brother. I really started liking it and decided I was going to go out for the golf team and try golf and tennis and see how it works.”

The PIAA tennis tournament will begin in November.

The state golf championship will be held Oct. 19 at Heritage Hills Resort in York. The PIAA team championship also will be played in York on Oct. 26.

Kush, who shot a 91 at the 6-AA event to finish eight strokes off the pace of champion Cassidy Miksich of Tyrone Area, did her best to juggle practices and competition in both tennis and golf this fall season.

“It’s a little bit difficult. I had a couple tennis matches that over-lapped with golf,” she said. “I missed two of the overall five golf matches for tennis. Tennis is my No. 1 sport, so I went to those.

“This is supposed to be more of a fun thing for me. Then it became serious and I tried really hard and went out for this team.”

“They’ve been doing a great job,” Patula said. “They have it tough because most of the matches they play against the boys teams. They’re one of the last groups out and have to wait until the end of the day.”

Kush waited even longer to take up the sport.

“Alyssa is a fantastic athlete. She reached out to me in the summer,” Patula said. “She started to play and got the bug. She’s picked it up really quickly. To start golf in the summer and qualify for states as an individual and as part of the team is fantastic.”

Kush needed to play out of a difficult situation in order to help her team reach the PIAA championships. Her tee shot on the extra playoff hole dropped off the fairway and landed her in trouble.

“For the playoff hole, I was up first on the tee. I hit my driver off into the right behind a group of trees,” Kush said. “After the rest of the girls hit, I went up to my ball and I was almost directly behind a tree. I knew I had to punch out.”

“Instead of punching out to the fairway sideways I decided to go right through the trees,” she said. “Somehow it made it (out) and rolled right onto the green. I had a 40- to 50-foot putt. I rimmed it. My next putt, I made par.”

Now, Kush must prepare for state tournaments in two sports – a pair of individual events and one team competition. She plays at Berkley Hills Golf Course and Sunnehanna Country Club in golf, and practices tennis at Roxbury Park and on the newly refurbished courts at Westmont Hilltop.

“Basically I just have to play golf and tennis every day,” she said. “I’m going to go up there as much as I can and keep hitting. Get my repetitions. Tennis same thing. That’s the only way I can get better.”