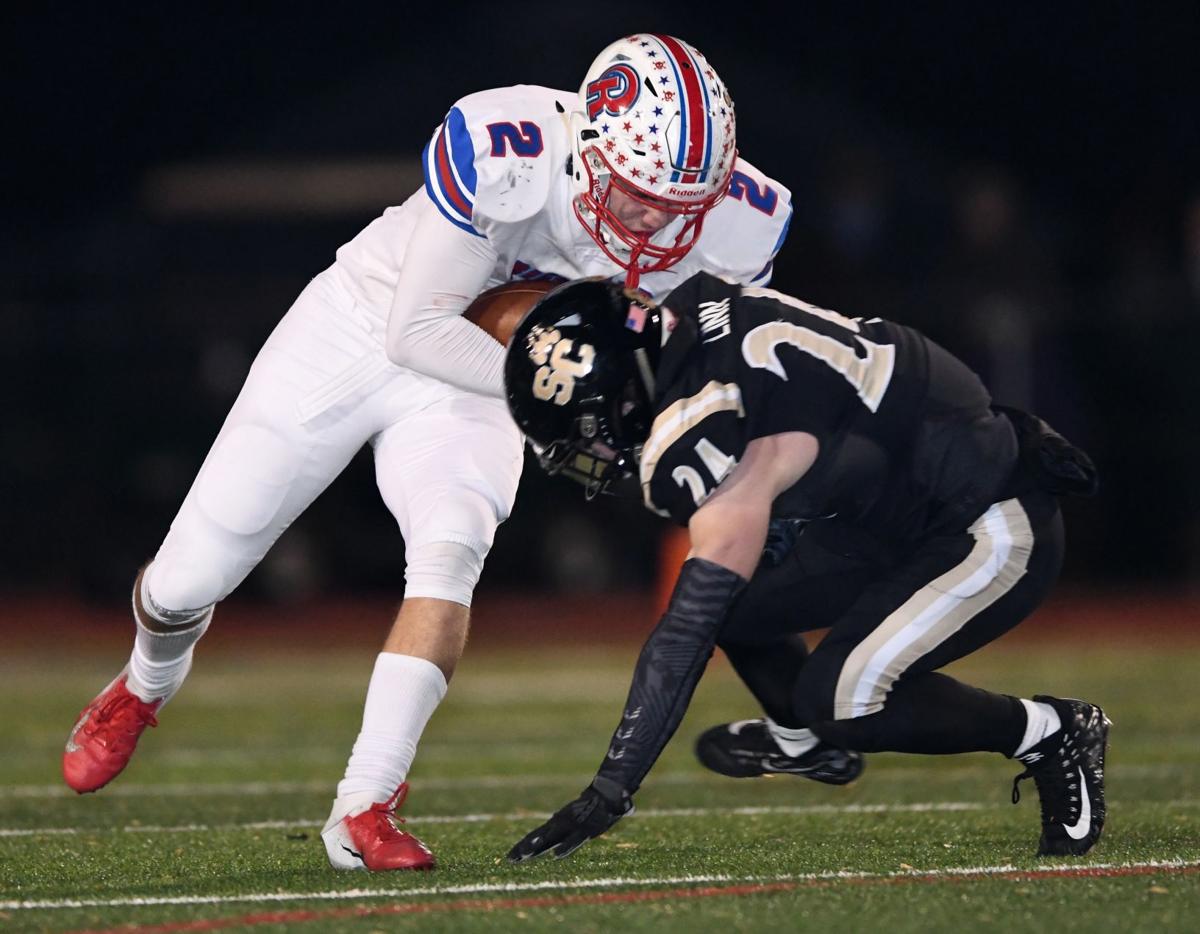 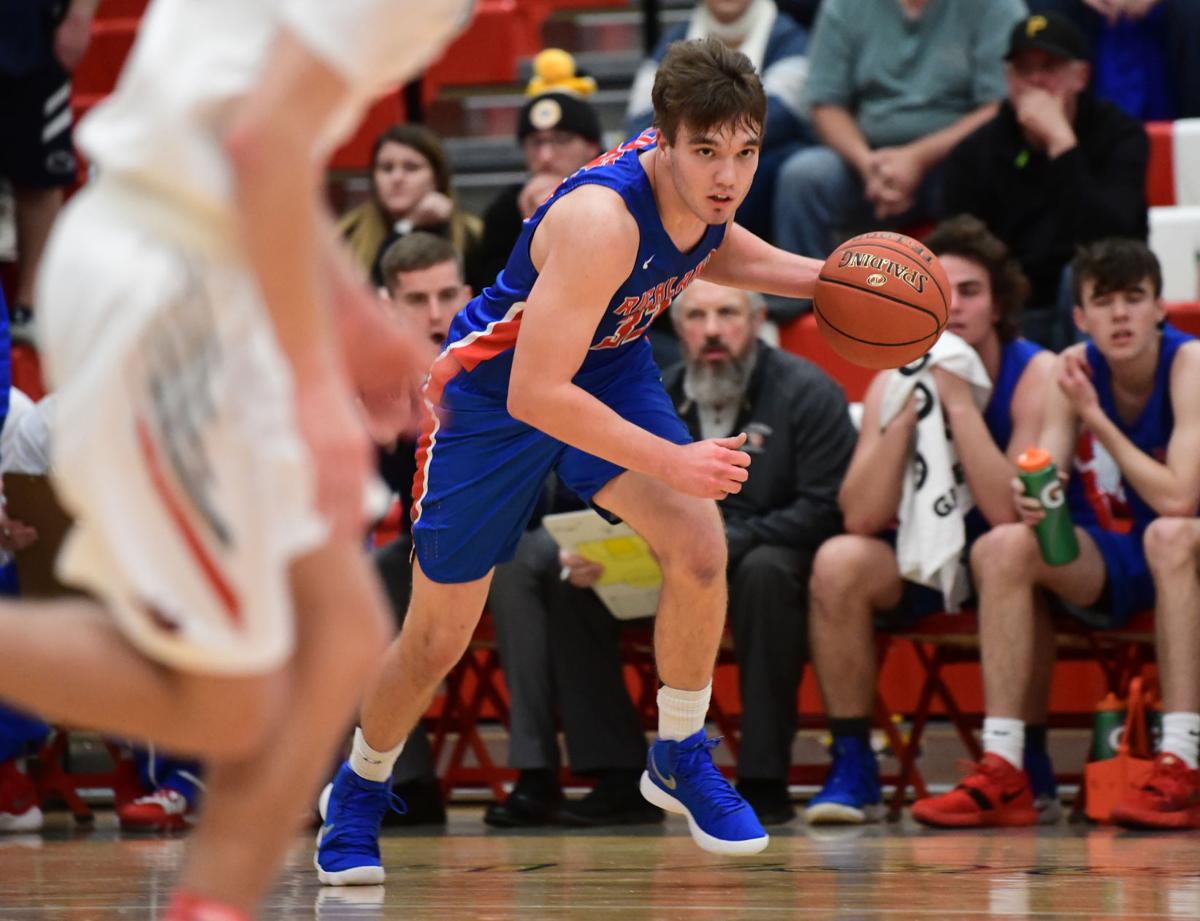 Richland’s Koby Bailey takes off with a rebound during a Laurel Highlands Athletic Conference game in Johnstown, PA., Friday, Jan.3, 2020. 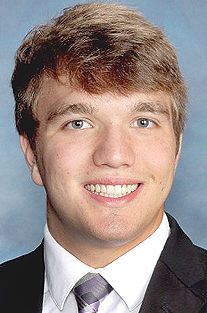 Richland’s Koby Bailey takes off with a rebound during a Laurel Highlands Athletic Conference game in Johnstown, PA., Friday, Jan.3, 2020.

Big days don’t get much bigger than the one Richland High School graduate Koby Bailey enjoyed on Saturday in Charlotte, North Carolina.

A former Rams football and basketball standout, Bailey is a student manager on the Pitt football team, which won the Atlantic Coast Conference championship game with a 45-21 victory over Wake Forest University at Bank of America Stadium on Saturday night.

Earlier in the day, a video made the rounds on social media as Fox Sports’ Jenny Taft chatted with Bailey in what he believed was a networking advice session as a result of an entry he earlier made in the Dr Pepper Tuition Giveaway promotion.

Taft delivered the “surprise” at the end of a discussion in which she provided tips and encouragement to Bailey.

“I’m proud to tell you that Dr Pepper saw your TikTok submission and was really inspired by your dream of just being in sports, being an equipment manager, and they want to give you $23,000 in tuition from Dr Pepper – $23,000,” Taft excitedly told Bailey, who then thanked her and Dr Pepper.

Bailey’s parents knew something was up because they were contacted by by a Dr Pepper representative. His father, Richland football coach Brandon Bailey, helped set up the special moment.

“Dr Pepper actually reached out to me and coordinated his schedule,” Brandon Bailey said, noting the network wanted a time to accommodate Taft and Koby’s schedules. “We knew he was going to be a winner, but we weren’t exactly sure what he was going to win.”

Koby Bailey is a sophomore finance major at Pitt. He’s in his second season as a student manager with the Panthers football team and is part of a historic run.

ACC champion Pitt is 11-2, its first 11-win season since 1981 when Dan Marino was quarterback.

Kenny Pickett is a record-breaking quarterback who is in the Heisman Trophy conversation. Jordan Addison is a finalist for the Biletnikoff Award presented to the top receiver in college football. The Panthers’ defense stepped up in the second half of what evolved into a one-sided victory over Wake Forest.

Coach Pat Narduzzi’s team is 12th in the College Football Playoff rankings and 13th in the Associated Press poll. The Panthers will face Michigan State in the Chick-fil-A Peach Bowl on Dec. 30 in Atlanta.

“The atmosphere has been crazy,” Koby Bailey said not long after arriving back in Pittsburgh on Sunday. “Last year was my freshman year. We didn’t have any fans (due to COVID-19 pandemic restrictions). It still was a great experience last year, but this year it’s been electric – 11-2, ACC champs. Our bowl game was just announced. I just got a text message in our group chat. We’re playing Michigan State. Another big game. It’s amazing. Pitt football is on the rise.”

And, Bailey’s tuition bill will be just a bit lower.

“It’s really exciting. We’re real proud of him,” Brandon Bailey said. “He’s applied for so many scholarships over the last couple years. He was one of over 100,000 people that entered into this contest. Basically, it’s almost a year’s tuition at Pitt. It’s exciting for him.”

Koby Bailey assembled the contest entry on a tight schedule.

“The video is basically a day in my life being a student manager here at Pitt,” said Koby Bailey, who had 1,000 career receiving yards and was part of two District 6 championship football teams and was on a state runner-up basketball squad at Richland. “I actually made it on a bye (week) because every day we have something going on. We had one day off during the year where I didn’t have to go to the facility.

“That’s what I spent my day doing. I made the video based on what I would usually be doing during throughout the week and combined it into one video and I submitted it.”

Bailey said he showed how he helps get the practice field ready each morning and prepares the equipment for the defensive line. Post-practice clean up and even seemingly mundane duties such as doing laundry were part of the presentation.

“I was not expecting to win that tuition,” Koby Bailey said. “It was just fantastic from Dr Pepper and Jenny Taft from Fox Sports to give me that award.”

Richland senior Koby Bailey is the Male Spotlight Athlete of the Week for Tuesday, March 17, 2020.