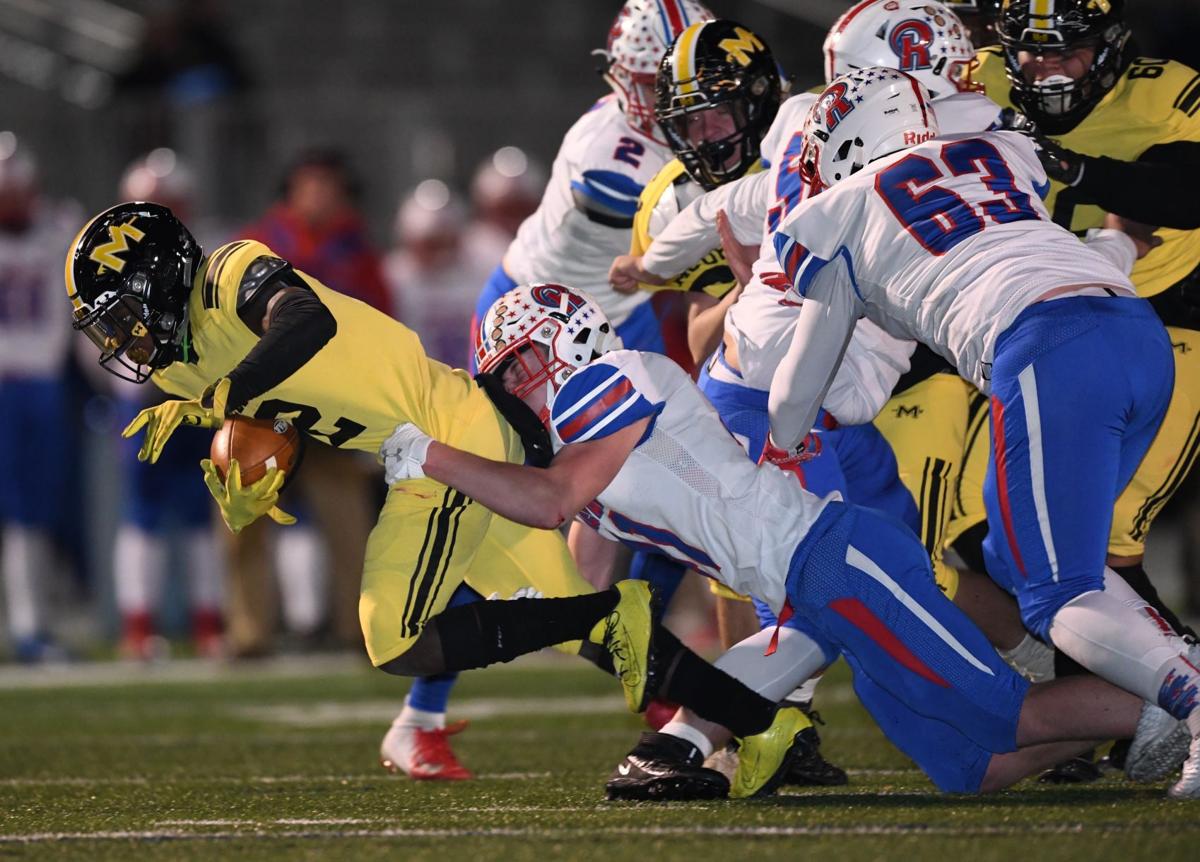 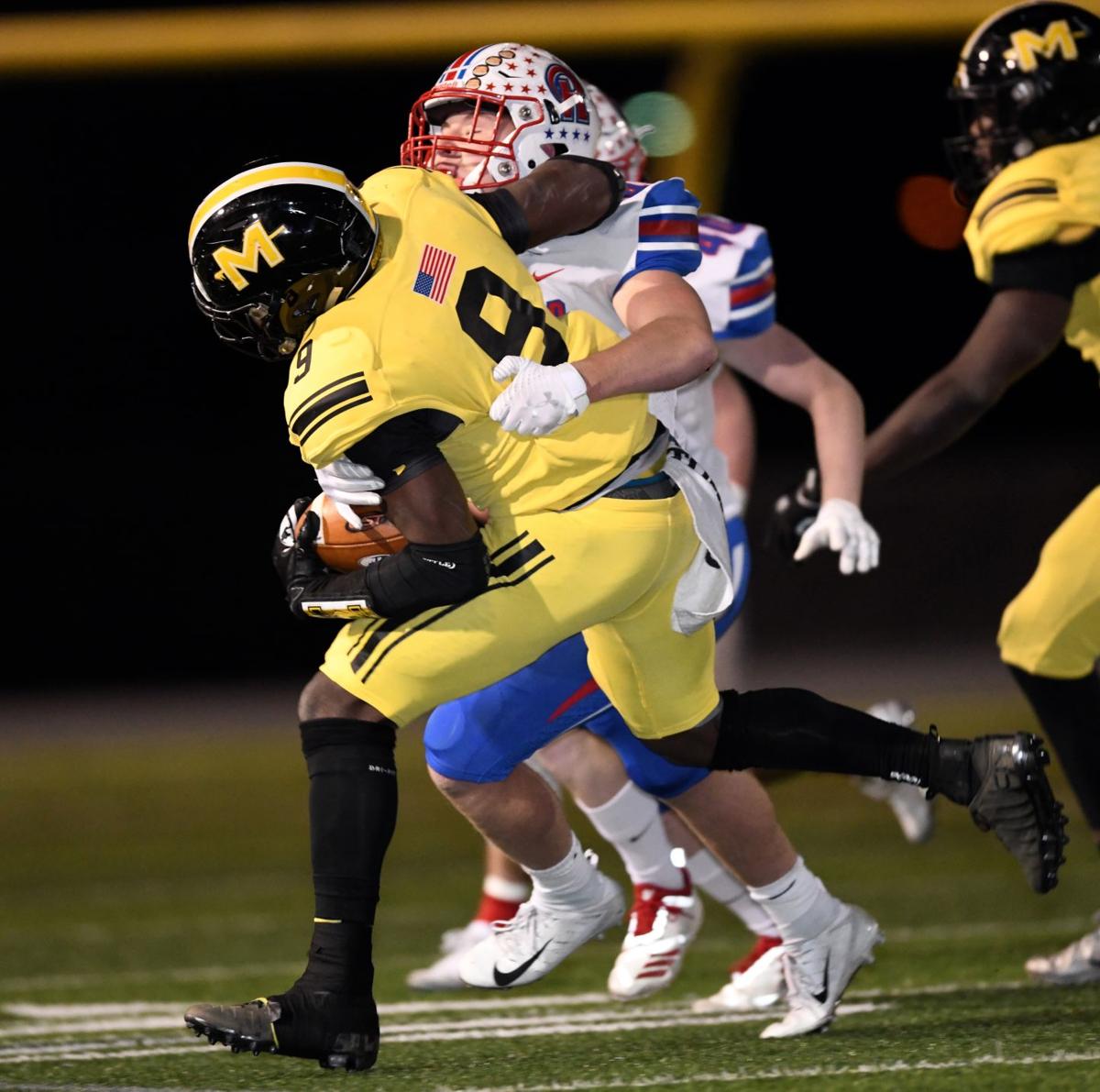 Richland displayed resiliency on both sides of the football on Friday night at Chambersburg High School’s Trojan Stadium.

The undefeated Rams earned a trip to the PIAA Class AA semifinal round with a hard-hitting, hard-fought 29-21 victory over District 12 champion Bishop McDevitt.

But as has been the case throughout a 13-0 season, Richland’s defense made its own statement while working to keep in check an offense led by University at Buffalo recruit Lonnie Rice, a talented quarterback/defensive back.

“(Assistant coach) Tim Ripple does a phenomenal job coordinating it. Our position coaches do a great job getting kids lined up, and our kids buy in.

“This isn’t an easy offense to prepare for because they do so many things well. Our kids trusted each other and we got the win.”

The defense had many crucial moments in the PIAA quarterfinal round.

With Bishop McDevitt driving in a tie game, Richland 6-foot-3 senior linebacker Koby Bailey stuck Rice on a keeper, halting the quarterback shy of the sticks on a fourth-and-1 play at the Richland 23.

Later, Rams junior defensive back Allen Mangus made a solid hit to dislodge the ball from Bishop McDevitt receiver Ty Tindal in the end zone, disrupting what looked to be a sure TD on a fourth-down pass.

Instead, Richland took over on its own 22.

Richland sophomore defensive back Griffin LaRue intercepted the first play from scrimmage in the second half.

Burke intercepted on the first play of the fourth quarter, setting up a drive that ended on Stahl’s quarterback keeper for a TD from the 2.

“The defense is awesome,” said Burke, who also caught seven passes for 150 yards and two scores.

Wedding bells: Coach Bailey noted that the 2-hour bus ride back to Johnstown from Chambersburg was only the beginning of Mangus’ travels.

“Her father, Chris (Mangus), is our junior high coach and he missed the game due to the wedding.

“Coach Ripple, our defensive coordinator, drove Allen to the (Arnold Palmer Regional Airport) at 5:30 this morning to make sure he made the wedding.”

The defending champs: Richland will face its biggest challenge of the season in the state semifinal round against defending PIAA champion Southern Columbia on Friday night at Selinsgrove High School.

The District 4 champs are ranked first in the state in Class AA and second in the country among small schools, according to MaxPreps.

Southern Columbia receiver Julian Fleming is a top-ranked recruit who is committed to Ohio State University.

There hasn't been much reason for Southern Columbia quarterback Preston Zachman to utilize his legs this season.