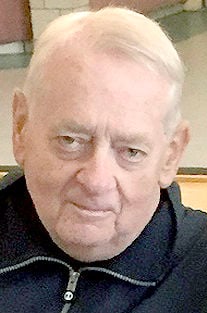 Whether in his roles as a coach, athletic director, multi-sport official or officials evaluator, Tom Link made a lasting impression on the PIAA District 6 sports scene and beyond.

“He’s touched a lot of lives over the years, not just locally but regionally and nationally,” said Cambria County Commissioner Tom Chernisky, who also is from Patton and an experienced baseball umpire.

“When you officiate, you go to many different places. Tom Link did a lot for the community, the officiating world, and he made officiating better.”

Link graduated from Patton High School in 1960 and from what is now known as Indiana University of Pennsylvania four years later. He briefly was an educator at Bethel Park High School near Pittsburgh before returning to the region at Ferndale Area for six years and Cambria Heights for 22 years.

He served as the Highlanders athletic director from 1977 until his retirement in 1997. Along the way, Link coached football and track and field for 15 years.

But many young student-athletes and area coaches got to know Link through his role as one of the region’s most respected officials in football, basketball and softball. He spent more than 40 years working games in those sports, and Link officiated state championship contests in all three sports.

He also officiated football and basketball at the college level and took pride in having been an official at sites such as Penn State’s Beaver Stadium, the former Pitt Stadium and West Virginia University’s Mountaineer Field.

“Tom was one of my mentors and was very supportive of me,” said veteran basketball referee Ray Wotkowski, the former District 6 chairman.

“He was very supportive of young officials. The Northern Cambria Chapter, he really wrote (the by-laws). He was an evaluator. He evaluated my crew last year. He always wanted to give back.

“He knew his refereeing days were over so he did it in an instructive way.”

“Tom was just so passionate about officiating,” said Mike Hudak, the PIAA District 6 officials representative. “As he got up in years and backed off the officiating scene, evaluating was very important to him. He loved officiating. He loved the student-athletes.

“That was always real important to him. That was what Tom was all about, high school athletics.”

Hudak said Link took pride in helping those new to the trade.

“From the official standpoint, I remember how he was such an advocate for younger officials,” Hudak said. “Tom used his skills, being a teacher back in the day, and his experience coming up from all levels of basketball. He wanted to make them better. He wanted to see them succeed.”

Link is survived by his wife of nearly 50 years, Linda. He had a daughter, Jill, and son, Dirk, who is an official.

Due to the COVID-19 recommendations and restrictions, the family will have a private service. A larger ceremony is planned for a later date. Arrangements are under the direction of Stevens Funeral Home, Inc., Patton.

“In life you meet good people and he was one of them,” Wotkowski said. “He was pretty well known in the western part of the state and even across the whole state. You can focus on the negative part of the game or the positive part. Tom focused on the positive.”

“He had the right words to say at the right time and there was a mutual respect.”