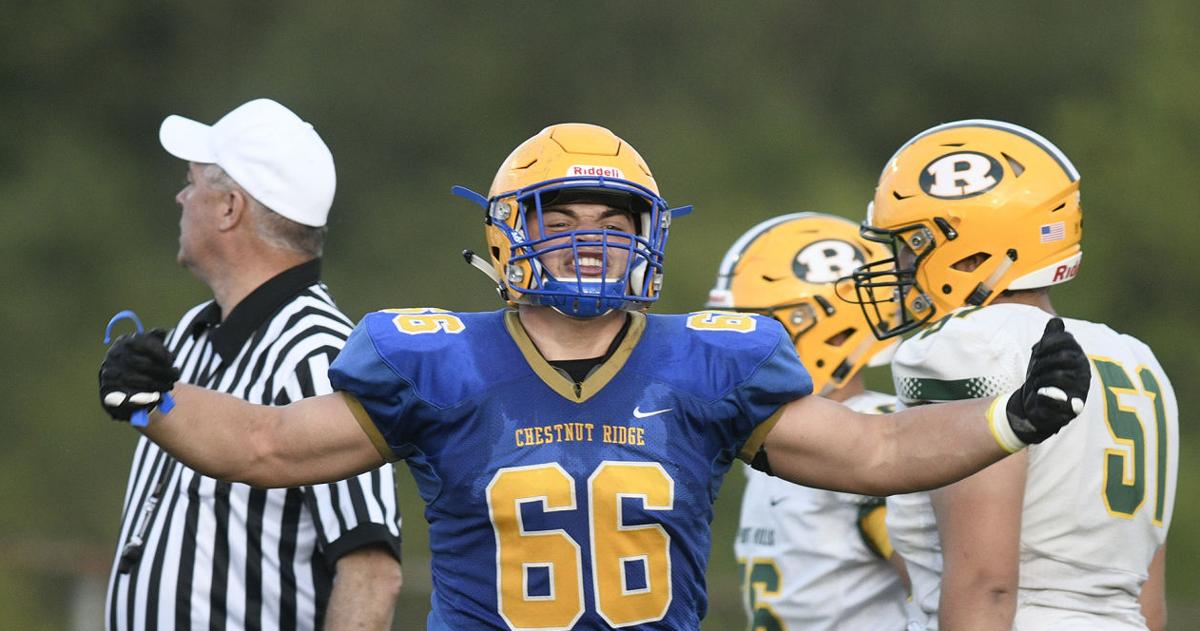 During his four years as a starter on the Chestnut Ridge High School football team, Duane Knisely made a habit of being among the first players to enter the weight room each morning.

The senior two-way lineman typically is among the last to leave the locker room after practices.

On the field, the 6-foot, 236-pound offensive guard/defensive end displays the results of that blue-collar regimen each week in the Laurel Highlands Athletic Conference.

“He’s a man-child,” Chestnut Ridge coach Max Shoemaker said moments after the Lions defense stepped up in a 20-19 victory over rival Bedford in a meeting of undefeated teams last Friday at Dr. Giovacchini Stadium.

“When we needed a big play he seemed to always step up and come through for us,” Shoemaker said of Knisely, who had 11 tackles against the Bisons, his fourth game with double-digit stops.

“He’s been doing that all year for us. He’s one of the hardest-working kids I’ve been around.”

Business as usual, according to Knisely, who also is a state qualifier in wrestling as well as a two-time District 5 champion and state placewinner throwing the discus and shot put in track and field.

“Just doing our job,” Knisely said after the win over Bedford.

Good? The Lions (7-0) are ranked fifth in Class AA in the PennLive.com poll entering this week’s LHAC game against Bishop McCort Catholic (4-3) at Sargent’s Stadium. Area teams Ligonier Valley (third) and Richland (fourth) are ranked higher, and Meyersdale is a team to watch in Class AA.

“Duane’s a leader,” Shoemaker said. “Not only on the field leadership, but also his dedication to our strength program through the years. He’s just at an incredible strength level through hard work and dedication. It’s an unheralded role but kids look up to him because of his dedication and commitment. Others try to follow in his footsteps.”

“He comes in at 6:30 every morning and works out. In addition to that he often comes in early and runs before he lifts,” Shoemaker said of Knisely, who has 61 tackles and two sacks.

“He’s committed the same way in his throwing technique in track and field. He’s a workaholic. When he is committed to something, he is all in.”

The Johnstown Collegiate Baseball League is at an important crossroads now that its behind-the-scenes leadership team is in transition. This week, Tony Crisafulli submitted his resignation to the city and informed the local league sponsors and managers.