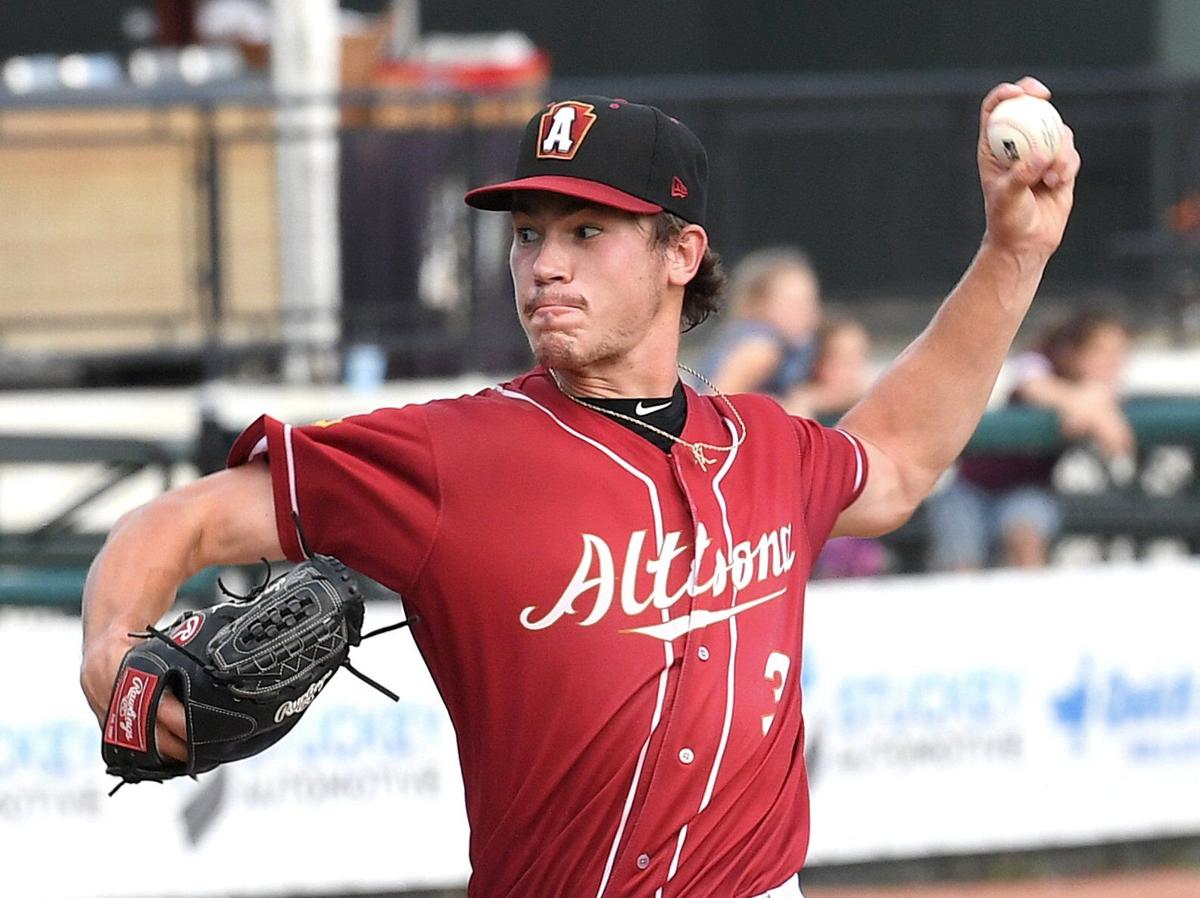 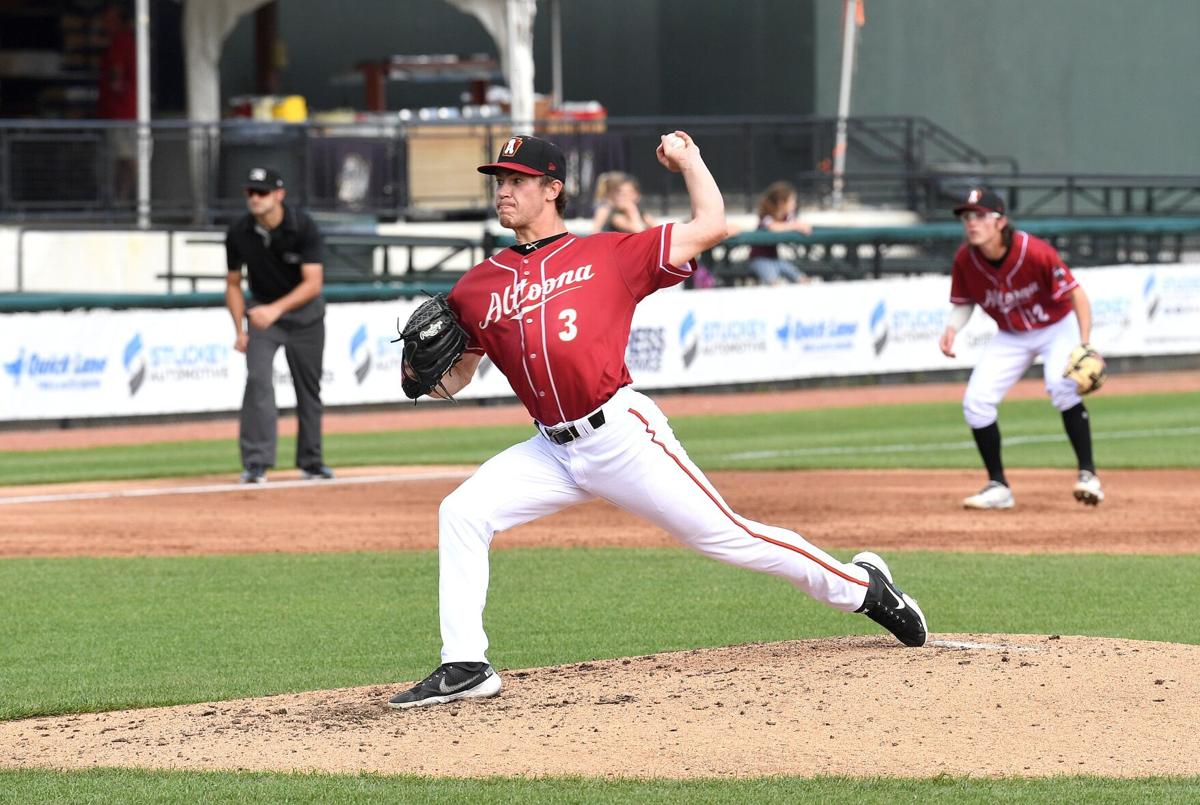 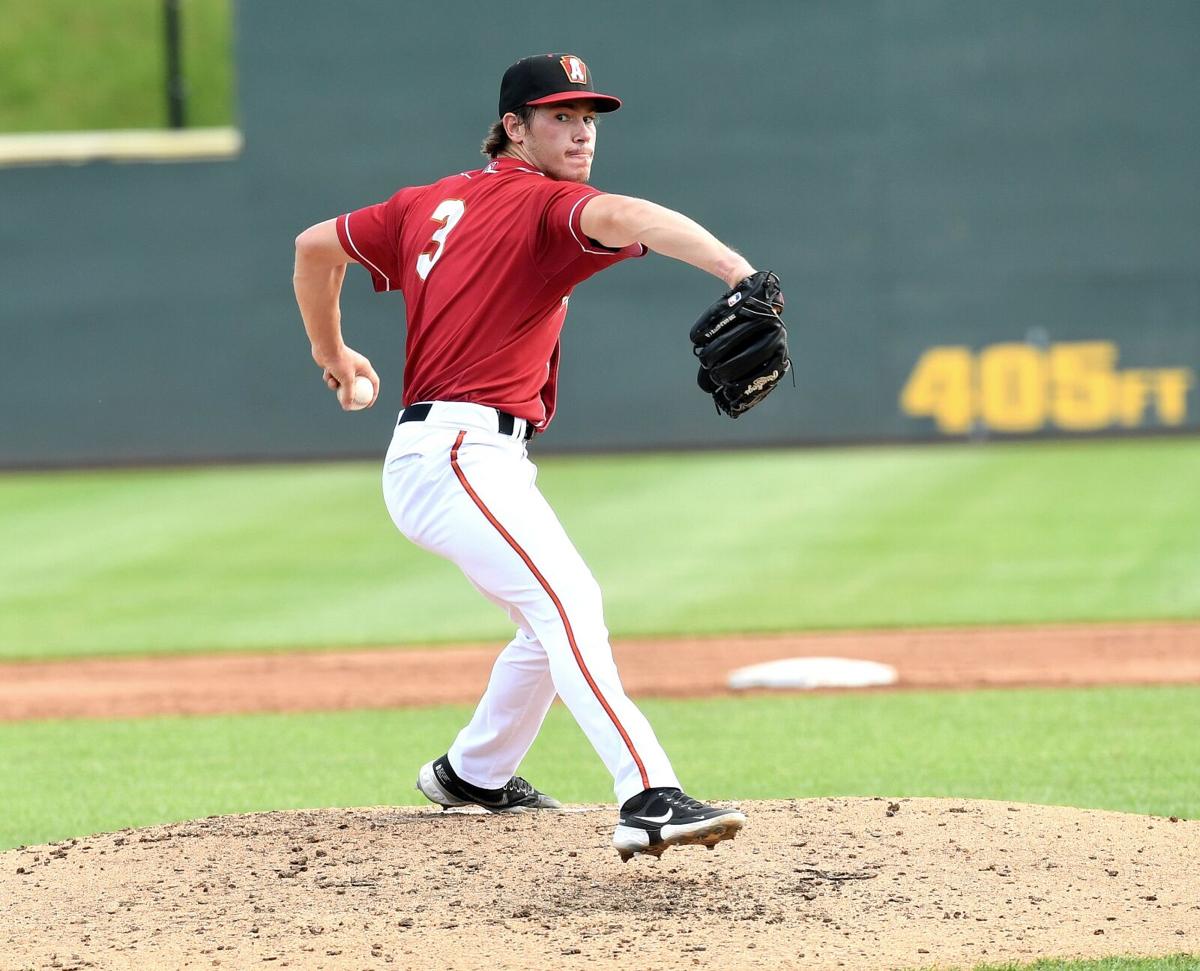 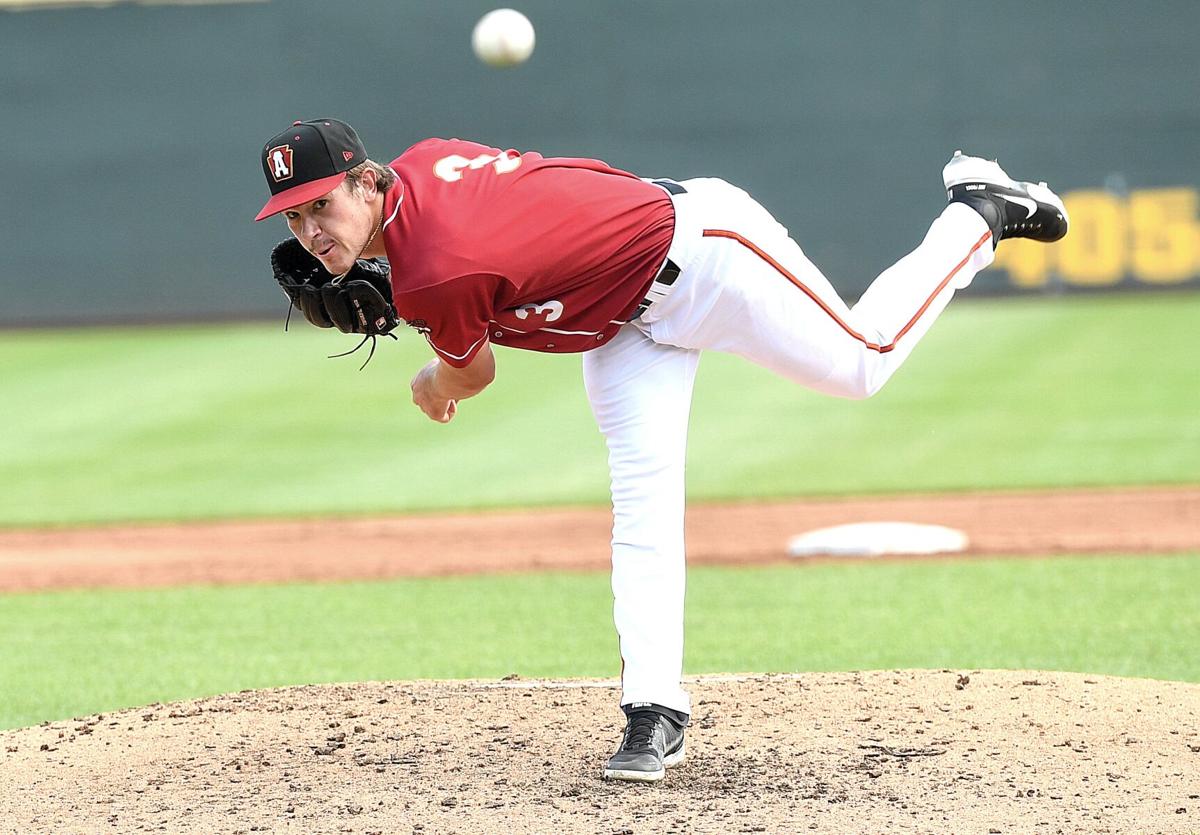 ALTOONA – Trey McGough hopes to have a lot more innings like his top of the fourth on Saturday afternoon at Peoples Natural Gas Field.

The 23-year-old left-handed Pittsburgh Pirates pitching prospect only needed six pitches to set down Akron, and not a ball left the infield – foul-out to first, groundout to third, groundout to short.

McGough’s first professional start within easy driving distance from his Brownstown home was a mixed bag for the Ferndale Area High School product.

Throwing in front of a sizable contingent of family, neighbors and friends, McGough struggled with his command and the power in the Akron bats early, getting pegged with the loss in the Altoona Curve’s 4-3 defeat in the first game of a Class AA doubleheader.

However, he managed to shake off the rough start to retire nine of the last 10 RubberDucks he faced in a five-inning stint.

“It was definitely exciting,” McGough said. “I’d be lying if I said I wasn’t nervous. I definitely was trying to do more, to do my best to make them more proud.”

Forty-five of his 78 pitches were strikes, a remarkable recovery after 16 of his first 24 missed the strike zone.

He started off 11 of the last 15 batters he faced with strikes. Only two of the last 10 RubberDucks managed to hit it to the outfield against him.

“I think it was a little bit of both (settling down and making adjustments),” McGough said. “Honestly, control’s never really been a problem for me, especially with my fastball.”

McGough’s fastball still was operating in the low 90s in the fifth before Curve manager Miguel Perez lifted him for reliever John O’Reilly to pitch the sixth and seventh.

Curve pitching coach Drew Benes said he’s still in the process of watching, evaluating and getting to know McGough.

“It was his first start at home in Double-A, and he’s making it in front of family and friends, and there’s stuff that comes with that,” Benes said.

“There were potentially nerves he had to deal with. Once he handled that, he did well. His fastball played well. He was getting bad swings, late swings, weak contact.

“Overall, I thought he pitched well.”

McGough originally was slated to start on Friday, but a Thursday rainout pushed the Curve rotation back a day.

McGough’s up-and-down performance didn’t tarnish the occasion for friends such as 19-year-old Landon Ferenchik, a neighbor who made the 50-minute drive east to watch him pitch. Ferenchik helped McGough work out during the COVID shutdown, often playing long-toss with him.

This was Ferenchik’s first opportunity to see McGough pitch in the pro ranks.

“He was a little nervous, but he settled in, he found it, he had a couple of strikeouts. He did good,” Ferenchik said. “It’s nice to see a hometown kid making it, especially from Johnstown, you don’t see it that much. It’s pretty cool.”

McGough’s parents, Scott and Lori, also were part of the large Johnstown contingent in attendance, bringing McGough’s two sisters and little brother with them.

“I’m here to enjoy the ride,” Scott McGough said. “I’m just enjoying it at this point. Each day is a blessing.”

Scott had talked to Trey briefly before the game – they didn’t discuss baseball, but the younger McGough choosing Buddy’s Christmas Wish to receive a share of the proceeds for every one of his commemorative shirts the Curve sell. The charity, originated by neighbor Buddy Gresh, donates presents to patients at Children’s Hospital of Pittsburgh for the holidays.

While McGough’s dad was just trying to absorb the ambiance of the occasion sitting behind the plate, his mom was nervously pacing the lower concourse between the dugouts, yelling down at her son as she had done so many times over the years in an effort to restore his focus.

“It was surreal. We woke up today and we’re like, ‘We seriously don’t have to drive 700 miles to go watch Trey,’ ” Lori McGough said, the pitch of her voice rising at the end.

“This is probably the biggest crowd he’s ever seen,” Scott McGough added. “You might have had more fans at the Ferndale games than (in college) at Mount St. Mary’s.”

McGough threw three straight balls to start the game before coming back to strike out Rubberducks leadoff batter Tyler Freeman on a pitch in the dirt.

Andrew Monasterio worked a walk, but McGough got Alex Call and Oscar Gonzalez bounce to third. Gonzalez’s ball was weakly hit, and Curve third baseman Josh Bissonette had to charge but made a strong throw to first for the out after the ball hit off the heel of his glove initially and he had to barehand it.

Akron touched up the Ferndale product for three runs in the second as Johnathan Engelmann and Marcos Gonzalez hit back-to-back doubles. McGough recovered to field a bounce-out and to get Monasterio looking for his third strikeout of the afternoon.

After Call drove a 2-2 pitch over the left-field fence to lead off the RubberDuck third, McGough retired three in a row, getting Chris Roller swinging on another low pitch for the second out.

That was the start of the string when he began mowing down the RubberDucks.

“I’m definitely going to use this as a learning experience. Honestly, I need to be able to hit a little earlier and just be myself, use the pitches I usually use and attack hitters the way I usually do it,” McGough said.

“It doesn’t matter where I’m at. I should be able to play the way I do.”

Erie’s Spencer Torkelson, the 2020 No. 1 pick in the draft, swatted a go-ahead two-run home run in the bottom of the eighth inning to snag a 4-2 win for the SeaWolves over the Curve on Friday night at UPMC Park.