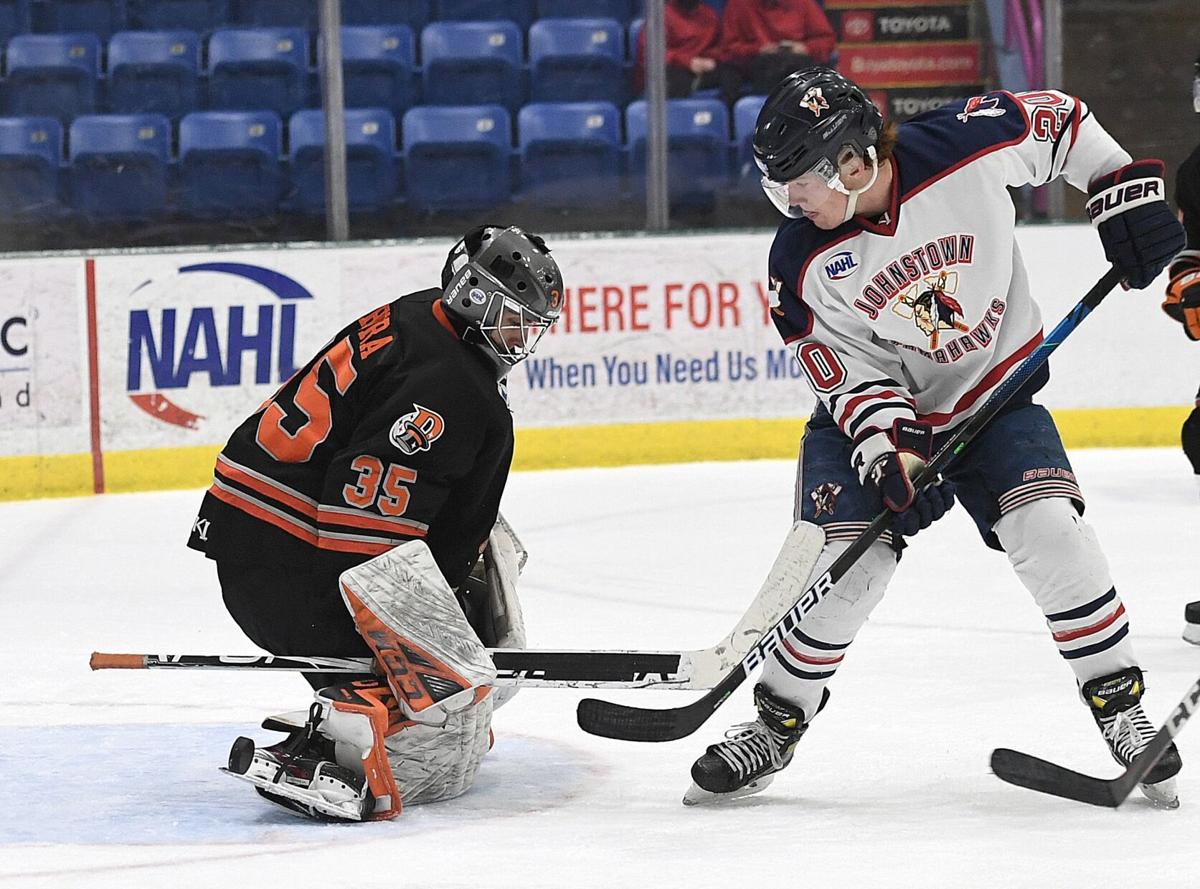 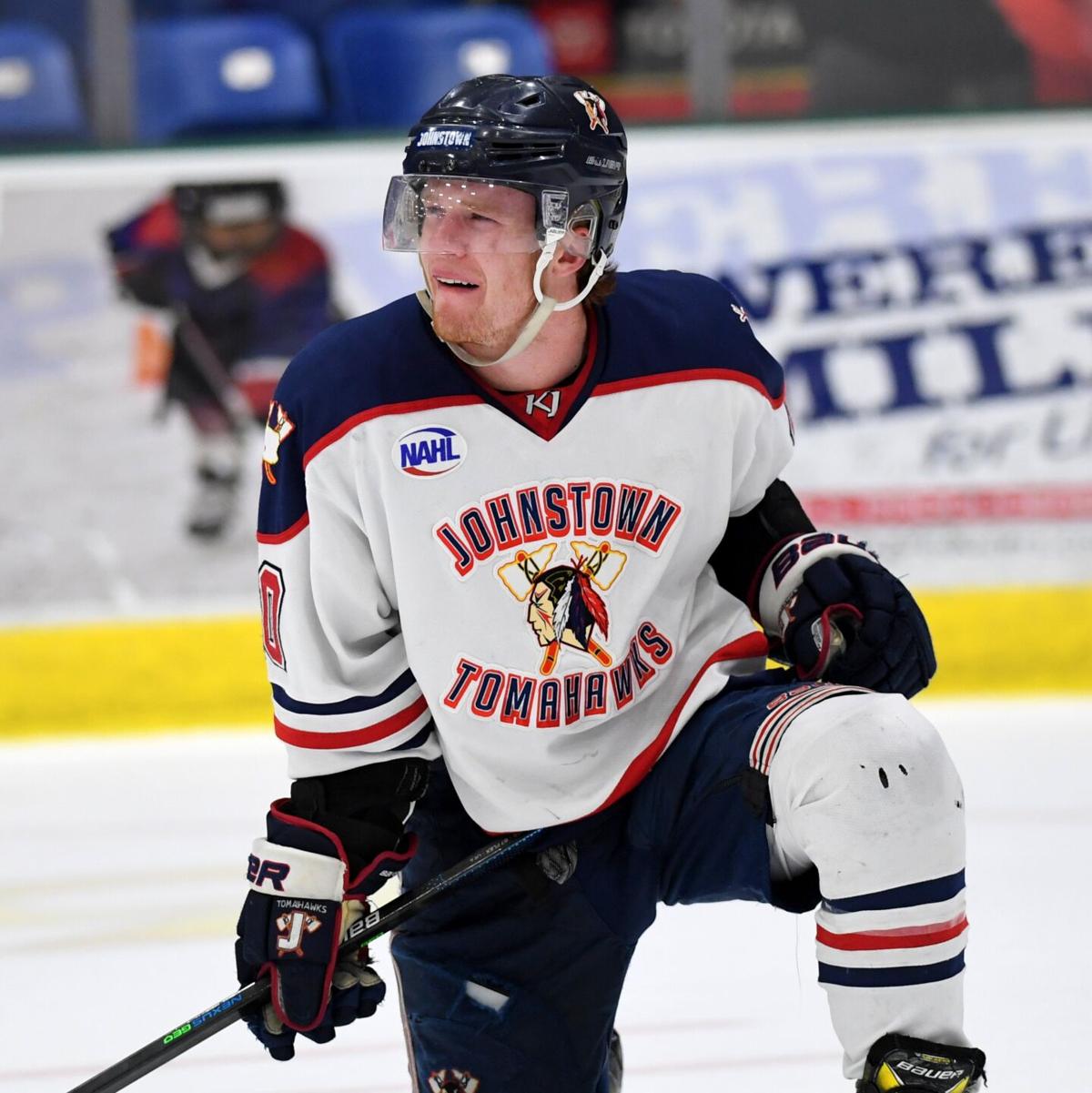 JOHNSTOWN, Pa. – The Johnstown Tomahawks will begin the franchise’s 10th-anniversary season with four games in Blaine, Minnesota, beginning Wednesday in the NAHL Showcase.

The Tomahawks will face the Aberdeen Wings at 2:45 p.m. Wednesday at the Super Rink.

Games follow against the Kenai River Brown Bears at 12:45 p.m. Thursday; the Minnesota Wilderness at 12:45 p.m. Friday; and the Anchorage Wolverines at 1:30 p.m. Saturday.

“This is the first time we’ve ever started the season at the Showcase,” said Tomahawks coach Mike Letizia, whose team went 39-10-5 and won the East Division with 83 points last season.

“In terms of regular-season action, we don’t have any experience. We’re jumping right into the Showcase against four opponents we generally won’t see in the regular season.

“Aberdeen broke the record last year for most points in the league,” he said. “We’re going to have our hands full right off the bat. It’s a good test for our guys to see where they stand right away.”

But the Wings fell in the Robertson Cup Final series to the Shreveport Mudbugs.

The Tomahawks advanced to the NAHL playoffs with momentum and a division crown, but suffered an upset loss to the Maryland Black Bears in the first round.

The Tomahawks will have a different look this season with captain Holt Oliphant, alternate captain Dusty Geregach, forward T.J. Koufis and goaltender Sam Evola possessing the most experience.

Defenseman Billy Simms was on the roster last year, but suffered a season-ending broken leg early in the schedule. Simms previously played in 41 NAHL games with Springfield and Lone Star.

“Having so many new guys, you never really know what to expect,” Letizia said.

“There definitely have been a few surprises both ways – guys who we thought would have more of an immediate impact who didn’t and other guys who set the tone in the training camp and the exhibitions.

“Jamestown last week was a real test for us,” Letizia said of 6-1 and 5-0 exhibition game victories over the Rebels.

“We went after each other in camp for two weeks. We got to see a lot of different things from different guys,” the coach said.

“Some guys showed well and some guys need more work.”

The Tomahawks will look for production from the entire lineup, Letizia said, rather than count on a few stars.

“Sammy had a solid year for us last year,” Letizia said.

“He really came along well in his first full season in the league. Having that experience hopefully is a bonus for us and hopefully drives Sammy, who is in his last season in junior hockey.

“He’s got to really step up. We’re obviously going to need him in a big way.”

“All three guys are battling,” Letizia said. “It’s the toughest position in hockey. We’ve got to make sure we find the guys who can help us win games.”

After the Showcase, the Tomahawks will travel to Attleboro, Massachusetts, for a pair of games against the Northeast Generals on Sept. 24-25.

The home opener against the Maryland Black Bears will be Oct. 2 at 1st Summit Arena @ Cambria County War Memorial.

The Aberdeen Wings built a two-goal lead midway through the third period and held on to defeat the Johnstown Tomahawks 4-3 at the NAHL Showcase opener on Wednesday.