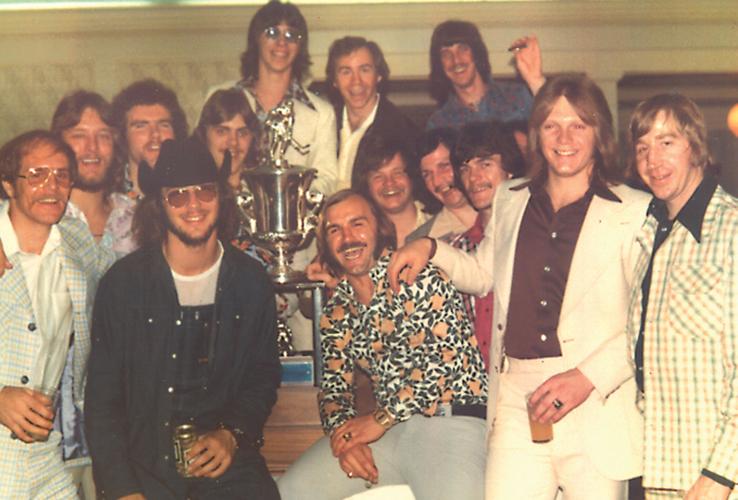 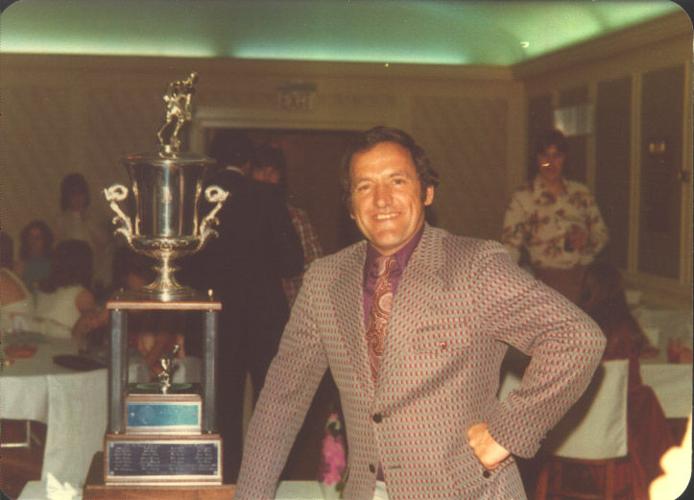 Johnstown Jets coach Dick Roberge with the Lockhart Cup in 1975. 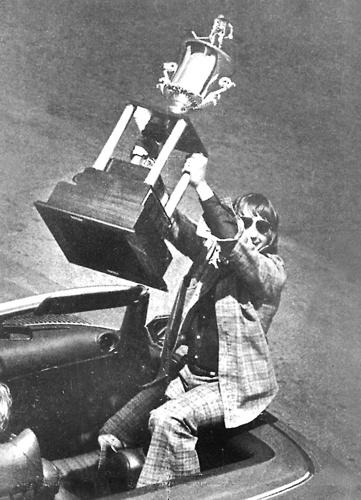 Galen Head of the Johnstown Jets holds the North American Hockey League Championship Trophy during a parade of downtown Johnstown, PA, in 1975. Photo by The Tribune-Democrat 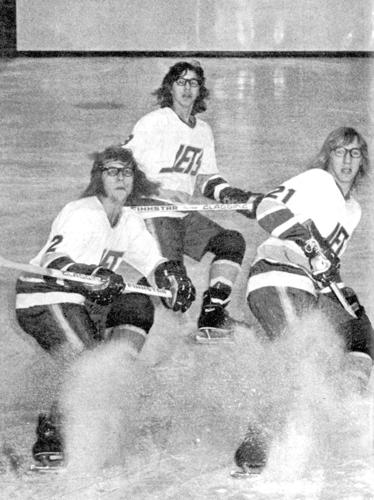 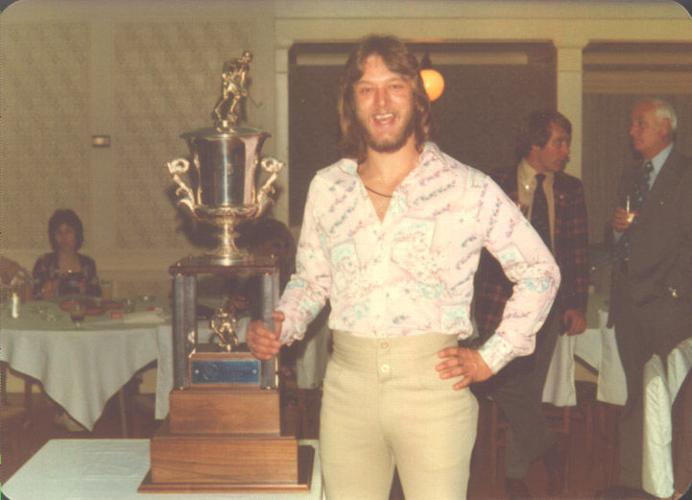 The Jets’ Dave Hanson poses with the Lockhart Cup trophy 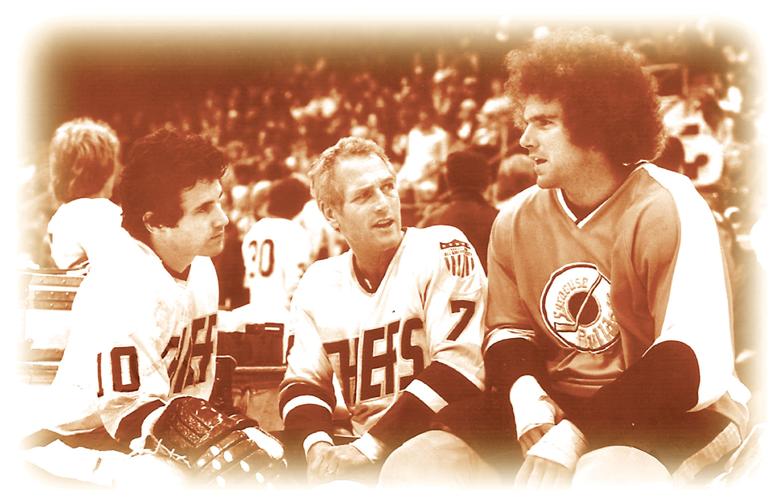 Actors Michael Ontkean (left) and Paul Newman (center) and Johnstown Jet Ned Dowd chat during a break in the filming of “Slap Shot” at Cambria County War Memorial Arena in 1976. 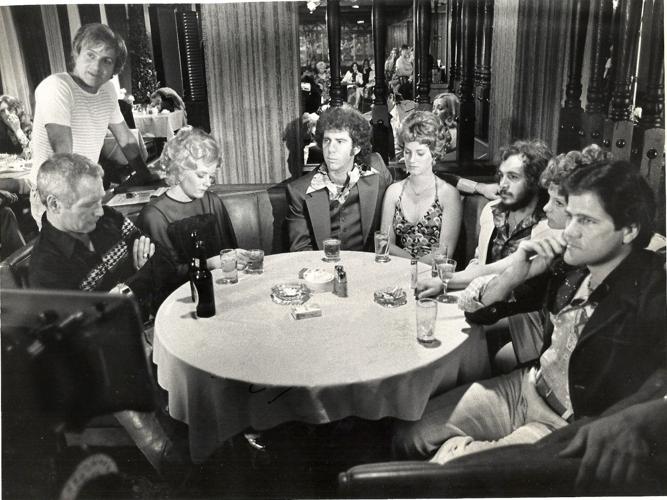 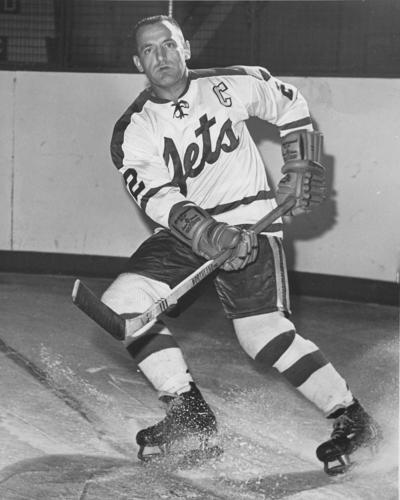 Dick Roberge, shown as a member of the Johnstown Jets, skated at Cambria County War  Memorial Arena for 17 seasons in which he was among the most prolific goal-scorers in the professional game. 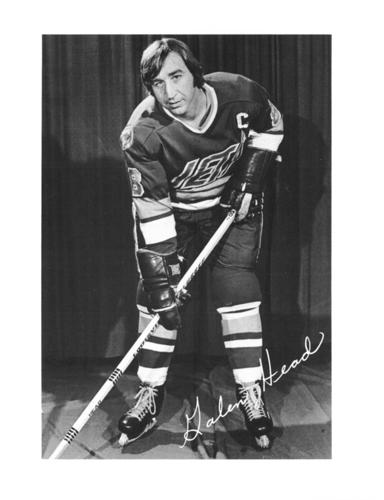 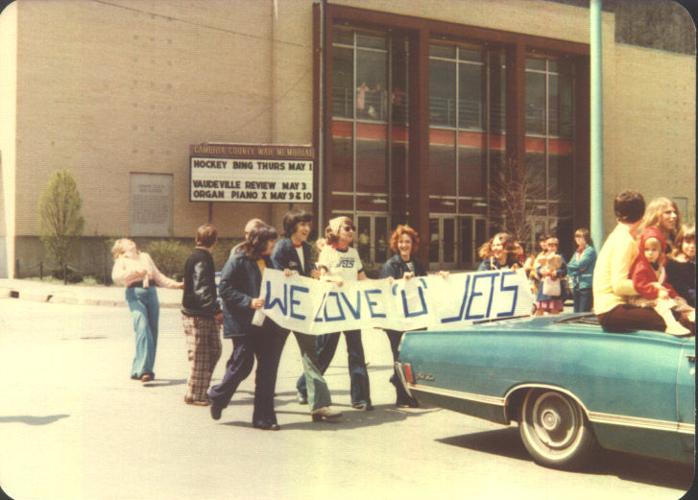 Actors Michael Ontkean (left) and Paul Newman (center) and Johnstown Jet Ned Dowd chat during a break in the filming of “Slap Shot” at Cambria County War Memorial Arena in 1976.

Dick Roberge, shown as a member of the Johnstown Jets, skated at Cambria County War  Memorial Arena for 17 seasons in which he was among the most prolific goal-scorers in the professional game.

The seats have been empty, the concourse quiet and dark for nearly two months at 1st Summit Arena.

Johnstown’s Dan Lovrich, in his 48th year as an usher at the arena, hasn’t worked an event since the Johnstown Tomahawks secured a playoff berth with a pair of wins over the Maine Nordiques on March 2 and 3.

Those on-ice playoffs have been replaced by virtual Robertson Cup postseason games.

Concerts and other traditional arena gatherings also have been canceled due to the COVID-19 pandemic.

On Saturday afternoon, Lovrich recalled a night when the noise level boomed at the building then known as Cambria County War Memorial Arena.

This week marks the 45th anniversary of the Johnstown Jets’ four-game sweep of the Binghamton Broome Dusters in the professional North American Hockey League championship series.

“So many people. So loud. I’ll never forget that,” said Lovrich, who was a 17-year-old usher at the time. “It was something to see. Hockey was my favorite sport. I started watching in the late 1960s so I missed a lot of the glory days in the 1950s and 1960s. This to me was fantastic.”

The Johnstown Jets had been perennial contenders in the former Eastern Hockey League during the 1950s and 1960s. With local legends such as Don Hall, Dick Roberge, John Horvath, Art Dorrington and Ed Johnston, the Jets had won playoff championships in 1952, ’53, ’60, ’61 and ’62.

As the 1970s rolled along, the titles were somewhat elusive.

Even during that memorable championship season in 1974-75, the Jets stood in seventh place as late as Jan. 19.

“Aggressive Hockey is Back in Johnstown” was the team slogan that season. The Jets lived up to the messaging with tough but talented players such as brothers Jack, Jeff and Steve Carlson, Dave Hanson and Vern Campigotto.

Roberge followed his stellar playing career with the role of head coach of the 1974-75 Jets.

His team finished the regular season on a run for the ages. The Jets won 23 of their final 31 games and clinched the fourth playoff spot.

A first-round series win over the Cape Cod Codders put the Jets into the semifinal round against rival Syracuse. The Blazers presented a formidable obstacle to the Jets through the years and were especially difficult to beat at Onondaga County War Memorial.

Syracuse was 32-5 at home that season. Coincidentally, the Jets hadn’t won a road game against the Blazers since 1971.

“I just remember a lot of things preceding that championship series. They could never beat Syracuse,” Lovrich said. “They always had a tough time with them. When they beat them in seven games in the semifinals, I thought they could do it.

“They had a lot of momentum. They had a good hockey club.”

Then 19-year-old Steve Carlson scored twice in Game 7, including a 15-foot wrist shot with 3:09 remaining as the Jets beat the Blazers 5-4 and halted a 41-game winless streak at Syracuse.

“That was a special team,” said John Mavrodis, 87, the former owner of Johnnies Restaurant on Main Street.

“Good memories,” added Mavrodis, who was part of a nine-member board that operated the Jets during the 1970s.

After the Jets got past Syracuse, making championship-round memories had to wait due to scheduling conflicts.

The War Memorial hosted a four-day home show and a three-day art festival in Johnstown. The circus was in town at Binghamton Broome County Veterans Memorial Arena.

The championship series was delayed 10 days.

The Jets left no doubts, winning 6-2 in front of what officially was listed as 4,088 fans. Former players thought there might have been even more people crammed into the building.

“Very loud. Very boisterous. It seemed like they were on their feet the whole game,” said Lovrich, now 63. “They gave the team an extra boost. It was such a great atmosphere. It was standing-room-only because 4,048 was our capacity back then.”

On the championship night, Lovrich didn’t have the nearly five decades of seniority he now possesses.

"I was working where the Party Pit is now,” Lovrich said. “We had a set of doors that went outside for an emergency exit. As a young usher, you never moved inside the building until you had a lot of years there. I was stuck near those back doors. I watched through the area between Sections 8 and 9, where the Tomahawks come out now.”

A right wing, Head skated through the Dusters crease from the right corner, then back-handed a shot past Binghamton goaltender Rick Lemay in the second period. Head used an almost identical move to score 30 seconds later.

A Johnstown sports icon, Head died at age 72 on March 14.

Mavrodis was close to the players and was known for treating the Jets to meals or beverages – during good times and tough stretches. One of his favorites sought out Mavrodis amid the celebration.

“I remember Johnny Gofton after the game, he threw me his hockey stick,” Mavrodis said. “He came up to the stands. The War Memorial was packed.”

The celebration extended onto the ice as fans joined the players – even as Head and Campigotto attempted to hoist the Lockhart Cup trophy above their heads for a postgame skate.

The next day, a quickly organized championship parade rolled through downtown Johnstown.

The 1974-75 Jets not only made history on the ice, the group inspired Nancy Dowd’s script for the Paul Newman movie “Slap Shot,” which was filmed in the city in 1976. Nancy Dowd had followed her brother Ned and the Jets throughout the memorable season.

“People were just so happy,” Lovrich said of the title triumph. “They were into it.

“Town was very vibrant back then,” he added. “You had steel mills still going. There were two department stores downtown. There weren’t a whole lot of entertainment options. People rallied around the team.”