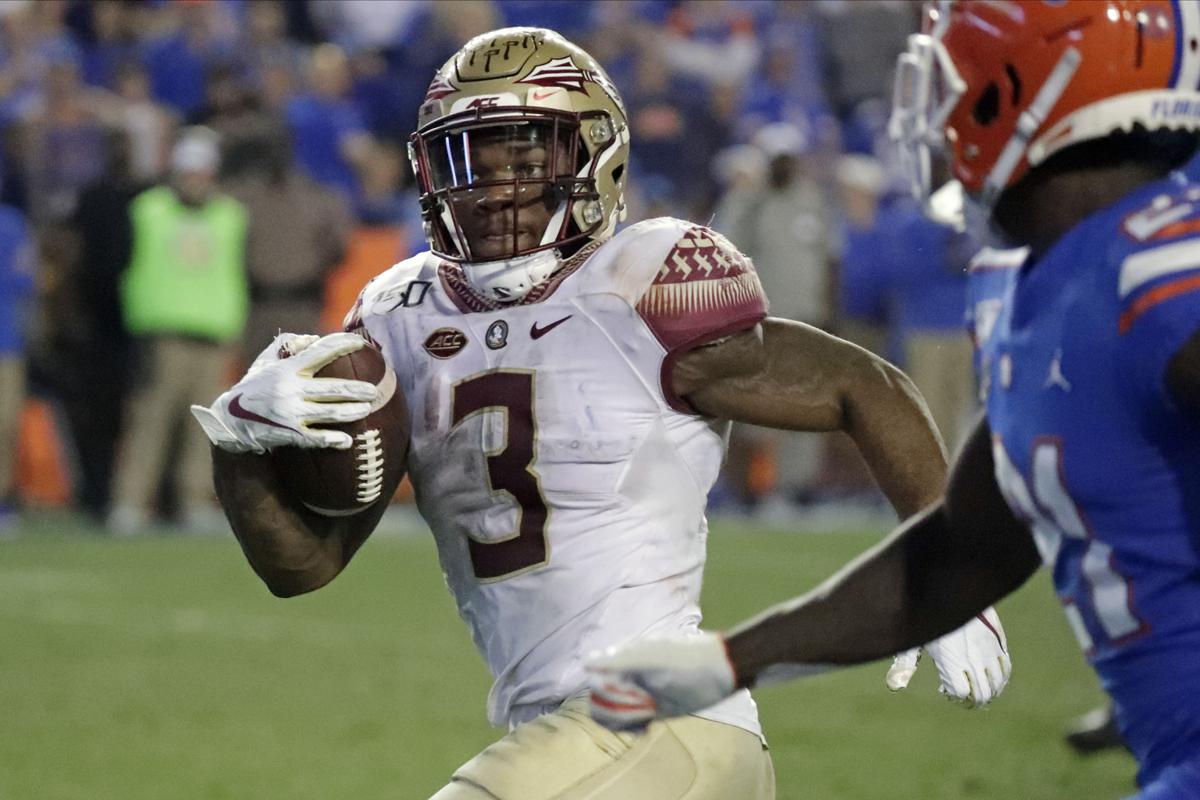 Florida State running back Cam Akers (3) runs past the Florida defense for a 50-yard touchdown run during the second half of an NCAA college football game, Saturday, Nov. 30, 2019, in Gainesville, Fla. (AP Photo/John Raoux) 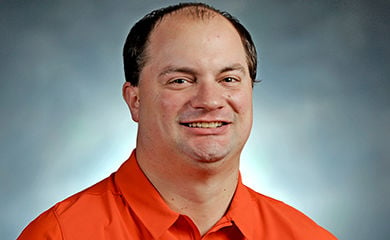 Jake Oswalt is a copy editor for The Tribune-Democrat.

Florida State running back Cam Akers (3) runs past the Florida defense for a 50-yard touchdown run during the second half of an NCAA college football game, Saturday, Nov. 30, 2019, in Gainesville, Fla. (AP Photo/John Raoux)

Jake Oswalt is a copy editor for The Tribune-Democrat.

Predicting who the Pittsburgh Steelers might pick in the NFL draft is hard enough in a given year. Couple that with the COVID-19 pandemic canceling pre-draft visits for prospects, and it adds a layer of difficulty to the equation.

Let’s take a stab at who the Steelers could take this weekend while currently holding six selections. Trading for All-Pro safety Minkah Fitzpatrick leaves the franchise without a first-round pick for the first time since 1967.

Second round (pick 49): Florida State running back Cam Akers. Following a mandate from team President Art Rooney II to improve the running game, this back with 4.47 40-yard dash speed compiled 2,875 career rushing yards behind a shoddy line. James Conner is entering his contract year. Minnesota safety Antoine Winfield Jr., who picked off seven passes last year and is the son of a 14-year veteran cornerback, gets gobbled up before the Steelers pick.

Third round (pick 102): Charlotte outside linebacker Alex Highsmith. This edge rusher racked up 15 sacks last season and provides depth at a thin position behind Bud Dupree, under contract for a one-year franchise tender, and T.J. Watt.

Fourth round (pick 135): Clemson guard John Simpson. With 29 starts, Simpson helps sure up the interior of an aging offensive line. Left guard Ramon Foster retired, while center Maurkice Pouncey and right guard David DeCastro are both 30 and free agents after the 2021 season. Stefen Wisniewski was brought in for veteran insurance.

Sixth round (pick 198): Iowa safety Geno Stone. A New Castle native, Stone is known for his instincts and could move Terrell Edmunds to dime linebacker.

• Really wanted Texas wide receiver Devin Duvernay (106 receptions for 1,386 yards last season) and his 4.39 speed in the third-to-fourth round range. Duvernay would provide Ben Roethlisberger with a deep threat from the slot. JuJu Smith-Schuster is entering the last year on his rookie deal.

• A trade back from pick 49 could net the Steelers more selections in the middle rounds, where depth is needed.

Shawn Curtis | NFL Draft | Hurts would be a pain-free decision at No. 49 for Steelers

The Pittsburgh Steelers are picking at No. 49 in the NFL draft, which starts on Thursday.