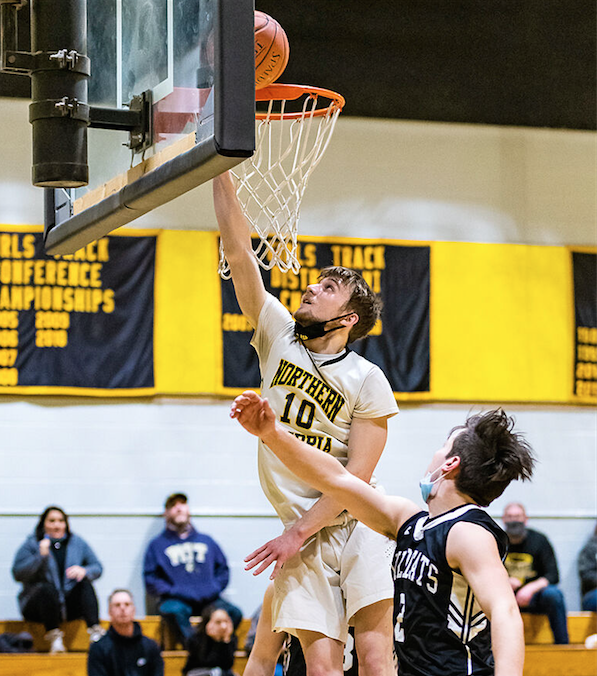 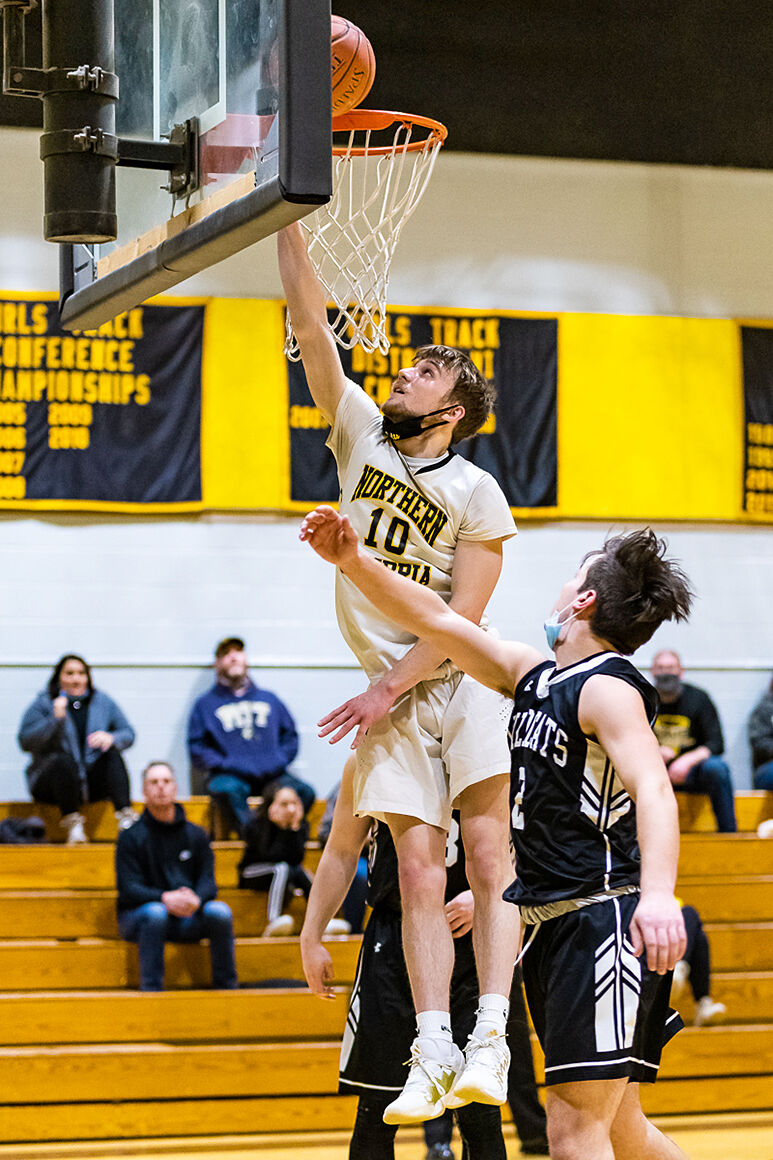 NORTHERN CAMBRIA – The frustration continues for Tyler Bearer and the Northern Cambria Colts.

The Homer-Center Wildcats limited Bearer to two points as they secured a 40-29 victory on Friday night at Ted Keenan Memorial Gymnasium.

Bearer, one of five seniors who were honored prior to the Heritage Conference basketball game, needed eight points to reach the career 1,000-point milestone. He managed to hit only 1 of 11 from the field.

“The big thing was trying to stop their penetration, and watch their shooters. We keyed on Bearer and (Matt) Sedlock,” Homer-Center coach Paul Pohley said. “We wanted to make sure we knew where they were on the floor.”

Bearer will get another chance to reach 1,000 points when the Colts play host Penns Manor at noon Saturday.

“We have been such a slow-starting team all year. In the first half of every game, we dig ourselves a big hole and we claw to get back out of it,” Northern Cambria coach Clinton Gochnour said.

Bearer scored his only basket on a lay-in with 5:55 left in the second quarter. If the cold shooting did not cause frustration, however, foul trouble did.

He sat out the last 2:09 of the first half after picking up his third personal foul. Gochnour put him on the bench midway through the third period after Bearer received his fourth personal. Bearer disqualified with 4:18 left in the final period.

“He sat out probably half the game, and I think that threw him off a little bit,” Gochnour said. “I think he was frustrated more at how the team was playing, not necessarily him not scoring, because he wants to win desperately.”

One of Bearer’s most outstanding qualities bore itself out, even on an especially frustrating night for him.

“Tyler is a good teammate, so he doesn’t force shots. And that’s what it was tonight,” Gochnour said. “He played well offensively. He was distributing the ball more than he shot it.”

Pohley, for his part, rejected any notion that Bearer might have forced some of his shots.

“I didn’t get that sense at all,” he said. “I think they’re definitely a very well-coached team. They do what they do with their game plan very well. They don’t have a big guy; so that gives us an advantage.”

Homer-Center has a big guy in Ryan Sardone, a Heritage Conference player of the year candidate. The Wildcats’ only returning starter from last season led all scorers with 19 points.

“We run our offense around Ryan Sardone. It’s no secret we’ve been doing that all year,” Pohley said.

Mike Hoover, one of four other seniors who were recognized before the game, led the Colts with 10 points. Sedlock managed nine points.

Junior Rylee Snyder produced a game-high 30 points to put her over 1,000 for her career in the Vikings’ victory over the Red Raiders on Friday night.