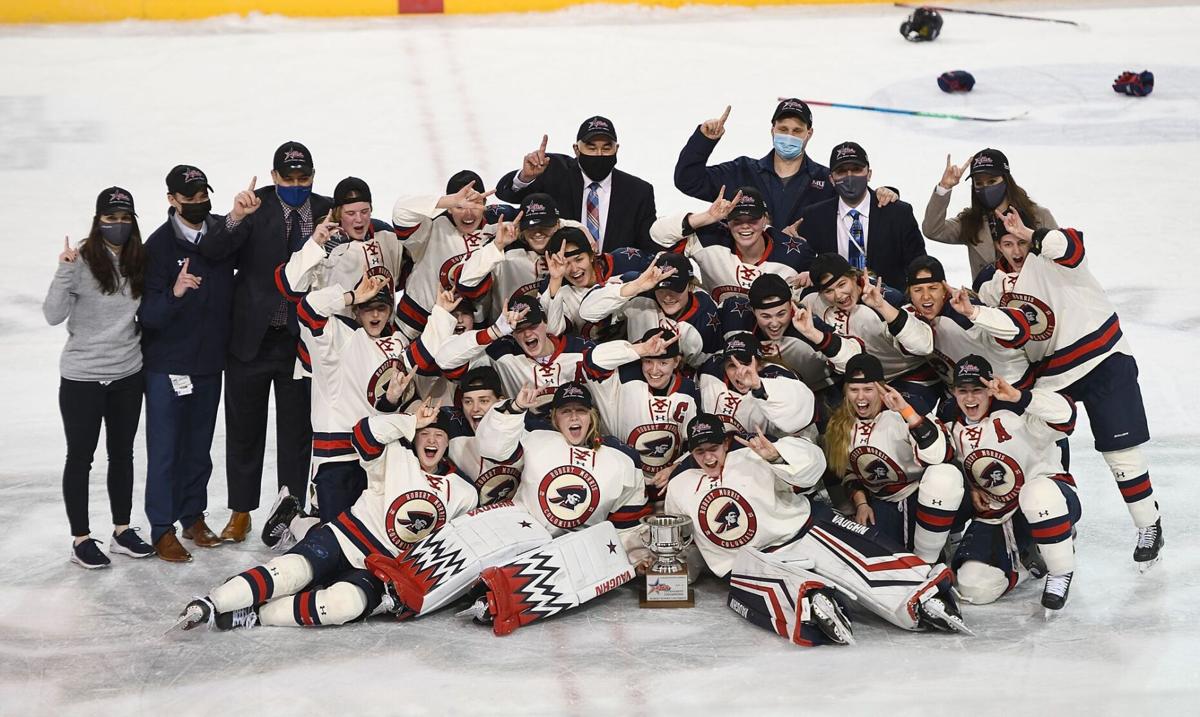 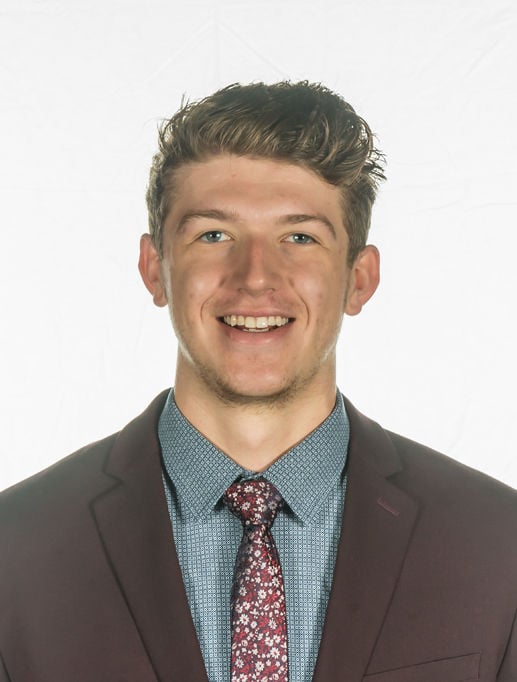 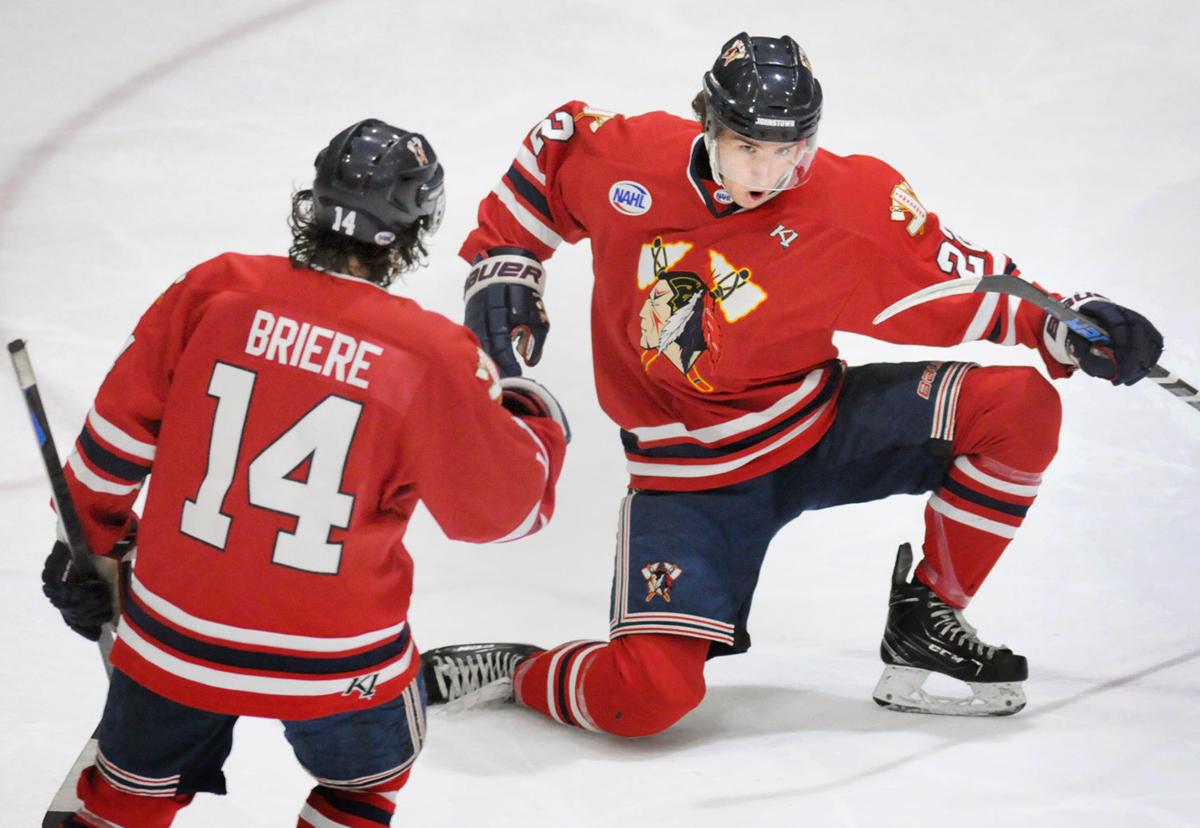 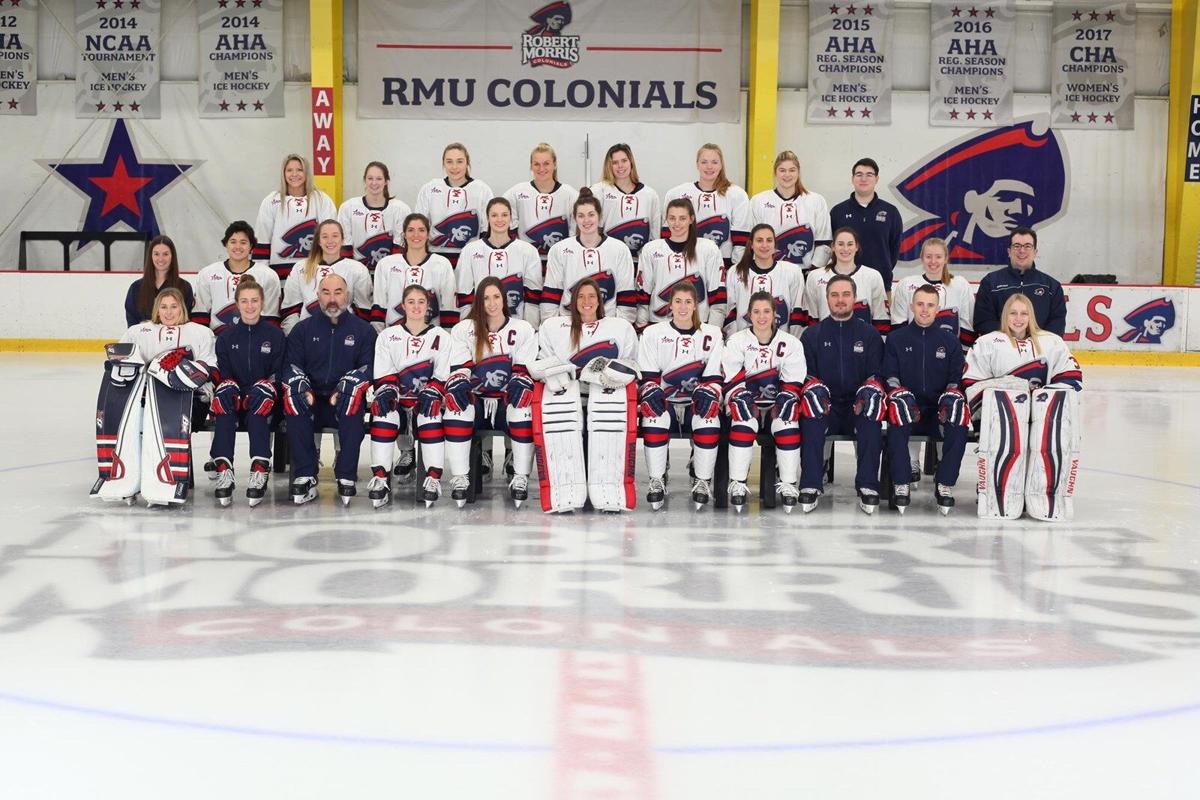 Robert Morris University hockey alumni and fans are rallying to raise money in an effort to save the men’s and women’s hockey programs following the university’s announcement to cut both teams.

More than $323,000 has been raised through GoFundMe donations last week.

In a press release, Robert Morris said the May 27 decision to cut the programs is “intended to position the university to be amongst the most agile and professionally focused schools in the nation.”

Former Johnstown Tomahawks defenseman Quinn Warmuth, who is a rising junior at Robert Morris and a now former hockey player for their men’s hockey team, said he was disappointed with the decision and how abruptly the matter was handled.

“The whole situation came as a complete blind side,” Warmuth said. “We came off of a year where we had a lot of success.

“The same goes for our women’s team. They won their league title three years in a row and were headed to the national tournament.”

According to Warmuth, on May 26, hockey team members received a text at 1 p.m. about a Zoom meeting at 1:45.

“The text just said it was a very important Zoom meeting,” Warmuth said.

“No one was expecting the news that we got. We got on and before anyone could say anything, (University) President Howard said that they had come to a decision to cut the men’s and women’s hockey programs.

“After I heard, I was in complete shock. They went on to say that they would help us throughout the process if we needed to navigate to another school and that they would still honor the athletic scholarships if you chose to continue to go Robert Morris. They really didn’t give us a straight answer on why they were cutting the program. Even in the released statements, it has been pretty unclear.

“Obviously in a year where there’s COVID, there is going to be financial issues for every school because we’re not bringing in fans or a source of income, but it was pretty upsetting that this is the way we were addressed. Fifteen minutes after we were told in the Zoom meeting, the press release came out.”

“They Tweeted that there was an update on our sports teams, but it wasn’t really an update, it was that they were canceled,” he said. “It really hurts as a player to give your life to training and giving up so much of your life to hockey and make it to the Division I level just to have it stripped away from us on such short notice and without background.

“It brings a lot of questions to mind. This is a decision that you would assume has been in the works for a while. For us to find out this in May, in a year where there’s over 300 guys in the transfer portal trying to get to different schools, makes it really tough for me and my teammates and the women’s team. We’re all in the same boat.”

Warmuth said he wished the university would have given players the opportunity to raise money or save the program before the decision was made.

“A lot of this is up in the air, but I think that when a decision like this is made, there should have been some sort of press conference held where people could ask questions and get the answers that they are looking for,” Warmuth said.

“There’s so much unknown about the decision, how it was made and how it could have been avoided. I think that is what hurts us the most. We want to know what we could have done differently to not allow this to happen. We made the commitment to our team and to our school to be leaders on campus. It hurts that doesn’t seem like it was valued at all with a decision like this.

“I understand that schools have to cut programs sometimes due to funding or because they don’t find it financially viable, but it would have been nice at least for them to have said we’re cutting the men’s and women’s teams, but this will be your last year, and then you’ll have to find somewhere else,” he said.

Warmuth said the players have “been dealt a really tough hand.”

“I really feel for my teammates and the women’s team, but our coaches, too,” he said.

“They deserve better than that. (Coach) Derrick (Schooley) was the one who brought hockey to Robert Morris. For him to find out 30 minutes before we did after spending 18 years of his life building a program, making it a successful and competitive. It seems really unfair.”

Schooley said finding out the news was difficult.

“I would say I have gone through the seven stages of grief,” he said.

“More than anything, I feel sorry for both the players and alumni who can no longer say they were a part of a Division I hockey program. They can, but the first thing someone would ask is, ‘Isn’t that the program that got cut?’ ”

The cuts drop Robert Morris to 15 Division I sports, which university president Chris Howard said is more in line with similarly sized institutions.

Howard said in a statement, “We are saddened for the student-athletes who will be unable to continue in their sport at Robert Morris University and are committed to assisting them during this difficult time. However, this is the best course of action to leverage our strategic assets and position us for future growth.”

Robert Morris Director of Athletics Chris King said in a statement: “Today is a difficult day for RMU Athletics. The decision to discontinue the men’s and women’s hockey programs was not made lightly by the university. It doesn’t detract from the history of our hockey programs, which found success on the ice and in the classroom.”

Of eliminating the sport of hockey, the school said: “The decision to discontinue the men’s and women’s ice hockey programs was made based on an analysis which included scholarships and operating costs, and the necessary investments to maintain and improve the current facility. The university also wanted to align our athletic offerings more closely with other similar nationally-ranked universities of our size.”

“I still can’t believe it’s true to be honest,” Hebert said. “It feels like we’re just waiting for them to say, ‘OK never mind, we brought it back’. You keep hearing different things. I just have no idea what to think. It’s a big shock right now. ...

“The university is kind of brushing it off. I keep hoping that there’s a chance that they might change their minds, but that’s just me being optimistic.”