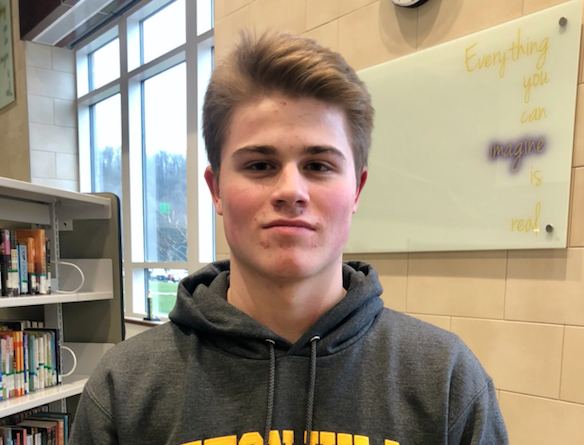 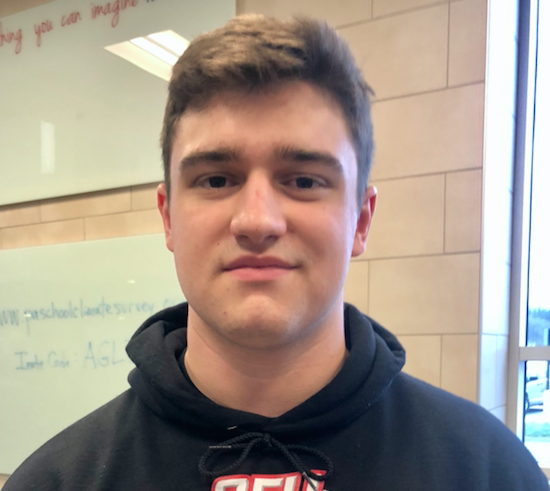 SIDMAN – Two members of the Forest Hills football team announced their intent to continue to play at the next level.

During a ceremony Wednesday at Forest Hills High School, seniors Zach Vitko and Jake Delic signed their national letters of intent to take their talents to St. Francis and Seton Hill, respectively.

“Jake and Zach are two outstanding student-athletes,” said retired Forest Hills coach Don Bailey, who coached both players from 2016-18. “Both of them have a 3.8 or higher grade average, and they both have high ambitions academically. They will go on to be very successful because of the work ethics that they have.”

Vitko knew he had a good shot of continuing his football career into college.

Once he earned a Division I offer from St. Francis, he was quick to jump at the opportunity to play a high level of football in his own backyard.

“I looked at a couple other schools, but from the start, St. Francis just felt like home to me,” said Vitko, who plans to major in exercise physiology. “It’s close to home, and I love the coaching staff there. Their core values and beliefs align with mine very well. I think it’s just the perfect opportunity. St. Francis was really my No. 1 choice from the very beginning.”

Vitko will play for St. Francis coach Chris Villarrial, who will enter his 11th season in 2020.

Vitko was recruited to play offensive line, and with the Rangers this past season, he contributed on an offense that collected 2,626 total yards.

Defensively, he had 29 tackles and recovered one fumble.

“I think every part of my game can improve,” Vitko said. “I’m looking forward to having a great coaching staff that can help me become the best player I can be.”

Vitko is the son of Chris and Heather Vitko, of Elton.

While football is an added bonus, there were plenty of factors weighing on Delic’s mind when it came time to choose where life will take him next.

With plans to major in exercise science the ultimate goal of finding a career in physical therapy, Delic said Seton Hill was the right fit from both an academic and athletic standpoint.

“I looked at probably five different schools and really thought about this hard with my family,” Delic said. “We weighed all the different factors: Cost, location, size, academics and football. I think Seton Hill checks all of those boxes. I just got the right feeling from it. It seems like a place I can really call home.”

On the gridiron, Delic served a variety of roles for the Rangers.

He was second on his team with 29 receptions for 464 yards his senior year, and he also had 38 carries for 119 yards where he saw time at tight end, wide receiver and running back.

He also accumulated 56 tackles and an interception in a variety of roles defensively.

“I’m a guy who is pretty versatile,” said Delic, who was recruited by Seton Hill as a wide receiver/slotback. “I can play a lot of different positions.

“I played nearly all of the skills positions this year. I can play special teams, offense, defense ... wherever I’m needed, I can step in and fill a hole.”

Seton Hill competes in the Pennsylvania State Athletic Conference in Division II of the NCAA and finished 2-8 last season.

Delic is the son of Tom and Lori Delic, of Salix.

Mansfield University was always on the radar of Forest Hills senior Brycen Rearick. Once the Mountaineers offered him the chance to play baseball, it was an opportunity he simply couldn’t turn down.