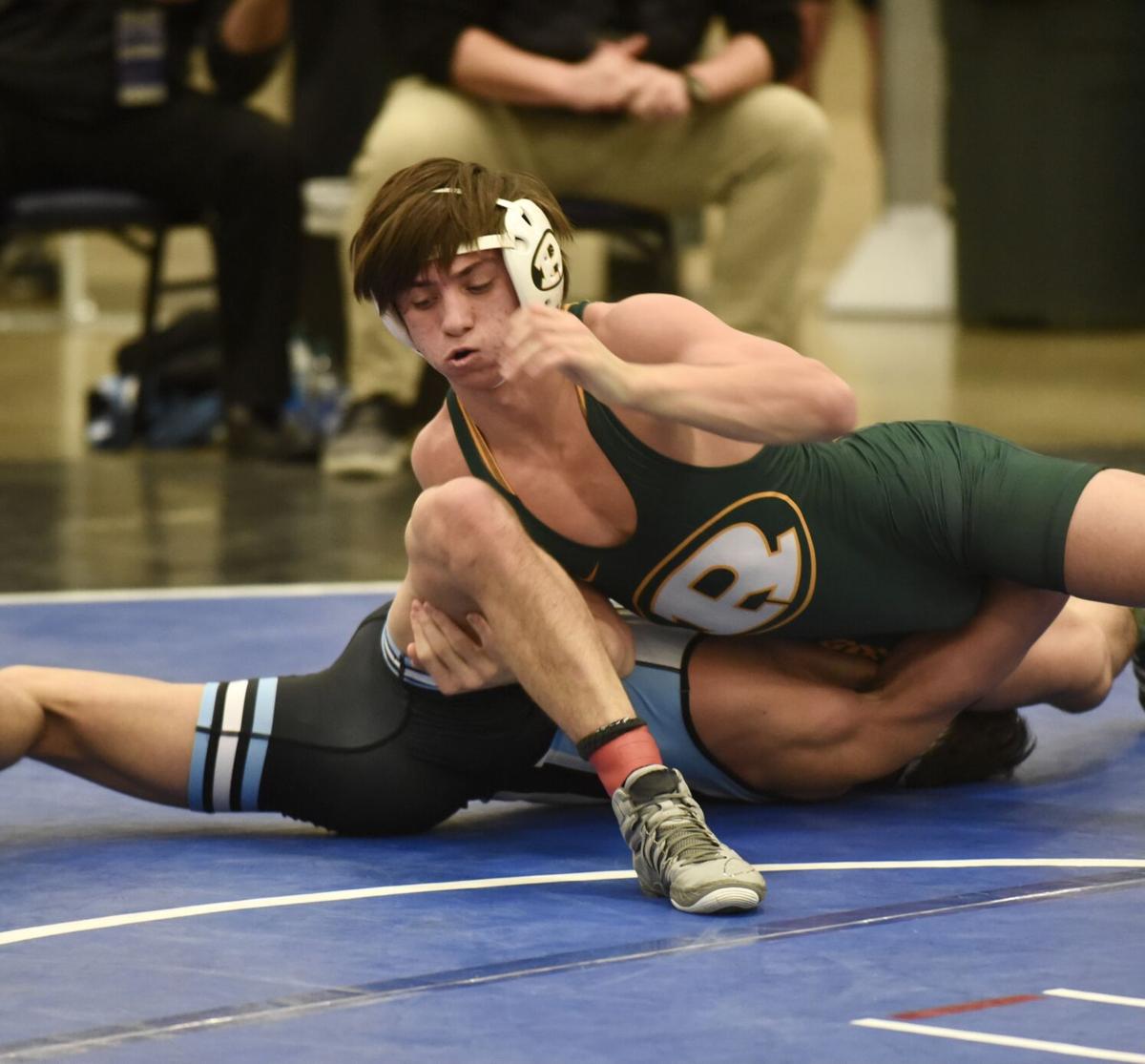 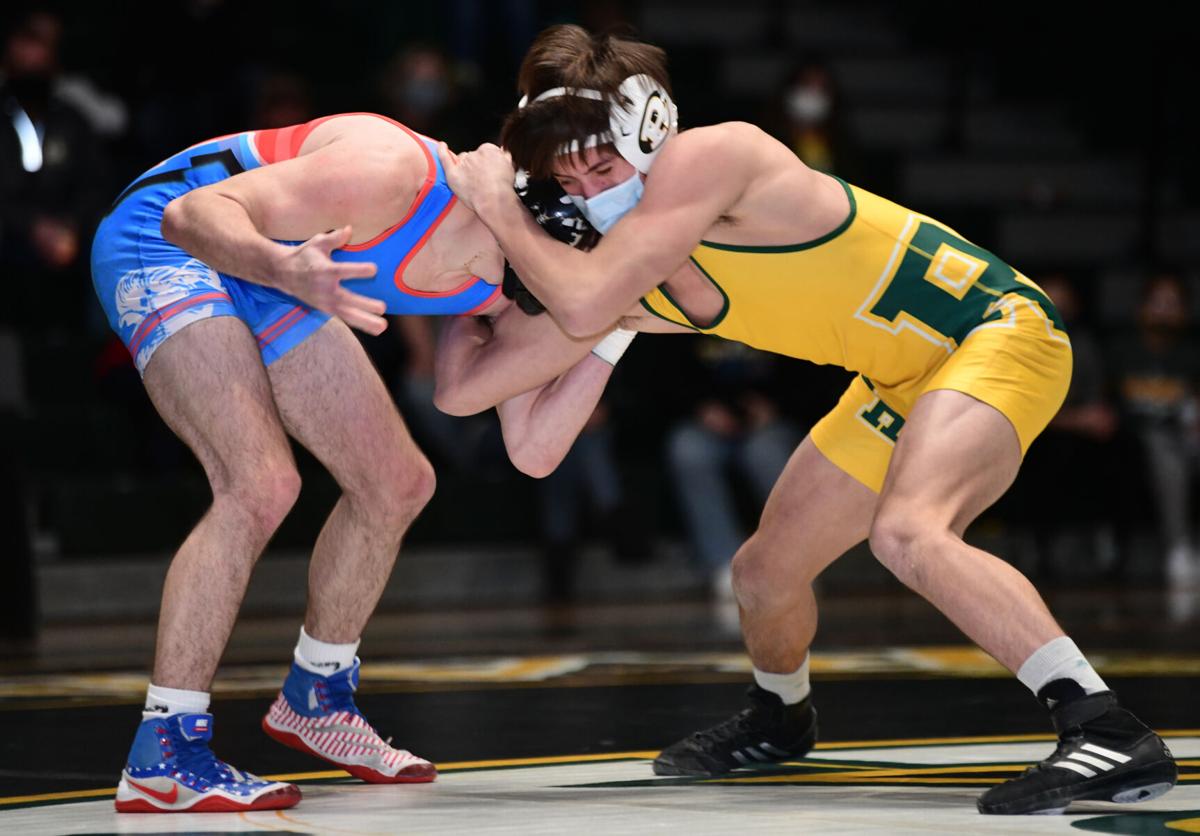 Forest Hills’ Jackson Arrington, right, gets a grip on Richland’s Allen Mangus before beating him by technical fall in a 132-pound contest during a PIAA Laurel Highlands Athletic Conference match in Sidman, PA., Thursday, Jan.21, 2021. 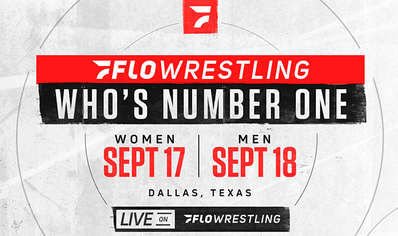 Forest Hills’ Jackson Arrington, right, gets a grip on Richland’s Allen Mangus before beating him by technical fall in a 132-pound contest during a PIAA Laurel Highlands Athletic Conference match in Sidman, PA., Thursday, Jan.21, 2021.

When Jackson Arrington found out that Maryland’s Meyer Shapiro, the second-ranked 145-pounder in the country, suffered an injury and couldn’t compete in FloWrestling’s Who’s No. 1 event, the Forest Hills senior’s reaction was, well, a bit subdued.

“I was like, what does that have to do with me?” Arrington said.

Shapiro, a Cadet world champion, was scheduled to face Iowa’s Hunter Garvin, the nation’s top-ranked 145-pounder, at Who’s No. 1, but had to pull out of the event after injuring his knee in training. That opened the door for Arrington, who didn’t realize that he is No. 3 in FloWrestling’s national rankings, to wrestle in Saturday night’s event in Dallas, Texas.

“I didn’t put it together until (Young Guns Wrestling Club coach Jody Strittmatter) asked if I wanted to compete,” Arrington said.

“Short notice? It doesn’t matter. They want to compete.”

“Myself, all the coaches, the team and the whole FH community are so proud of Jackson,” Strayer said in a text. “It’s a great honor to be selected for this (event), and he has been in the room all summer. Like always, he has put the work in and deserves to be among the best in the nation. He truly is one of the best wrestlers in the country, and we will all be cheering him on from Sidman.”

Arrington is 107-6 heading into his senior season with the Rangers. He won a PIAA title as a freshman at 113 pounds and, after finishing third at 126 as a sophomore, cruised to the 132-pound championship last season. He was dominant as a junior, racking up 16 pins, eight technical falls and four major decisions on his way to a 32-0 record. All but two of his matches resulted in bonus points for his team, and he put up 10 points in each of those, including his 10-3 victory over previously undefeated Brandon Chletsos, of Notre Dame Green Pond, in the state title bout.

He followed that up with an impressive offseason resume that included an All-American finish in the national Junior freestyle tournament in Fargo, North Dakota.

Those performances helped him put him in the national spotlight – not that it mattered to him.

“When I got ranked, friends texted me and were like ‘Hey, you’re ranked,’ ” he recalled. “I don’t look at it that much. At the end of the day, you have to go out and wrestle, so it doesn’t really matter.”

Except it does in an event like Who’s No. 1, which looks to clear up any doubts over who should be at the top of the rankings. Arrington is thankful for that.

“I love it,” he said of getting to compete in the event. “It’s so exciting. It’s like you watch it every year. Last year, I remember I was at Jody’s house for camp. We were watching it in his living room. You’re always like, ‘That’s such a cool event,’ but you never expect to do it.”

One of the things that has most impressed Bray, who lives in Texas, but covered Arrington’s state title run last season in Hershey, was the North Carolina State recruit’s breakneck pace.

“Everybody at the PIAA tournament is so good that it can result in chess matches,” Bray said. “A guy may get a takedown and escape and be confident in riding, so he says, ‘Maybe the score is going to be 3-1, but I’m dominant in my positions.’ Not Jackson. That dude lets it fly.

“He’s always attempting to score. That’s why he has had so much success. He and Hunter Garvin are both guys that have won a ton.”

A senior, Garvin has won a pair of state titles wrestling for Iowa City West and is a three-time finalist, but has not yet committed to a college.

Arrington was asked what he knows about Garvin.

“Nothing,” he replied. “I know who he is. I believe he was at a camp one year when I was in Iowa, but I could be wrong.”

Arrington doesn’t plan to do any scouting ahead of Saturday night.

Who’s No. 1, which attracted thousands of fans to Lehigh University when it was held there in previous years, will have a limited audience this year due to the COVID-19 pandemic, but it should draw a large audience online.

Arrington isn’t thinking about the thousands of people who will be watching him on Saturday night as he takes on the top-ranked wrestler in the country.

“When you’re on the mat, you’re not thinking about it.

Local ties: Forest Hills’ Jackson Arrington will take on Iowa’s Hunter Garvin at 145 pounds and Bishop McCort Catholic’s Bo Bassett will face Illinois’ Seth Mendoza at 106 pounds. They are two of the seven Pennsylvania wrestlers scheduled to compete in the 14-match event.

How to watch: The dual-meet event will be live-streamed on FloWrestling.org, a subscription-based service.

Despite leading Forest Hills to its second straight District 6 team title, coach Jake Strayer was still surprised to hear some great news on Monday. The Pennsylvania Wrestling Coaches Association voted him as Class 2A Coach of the Year.