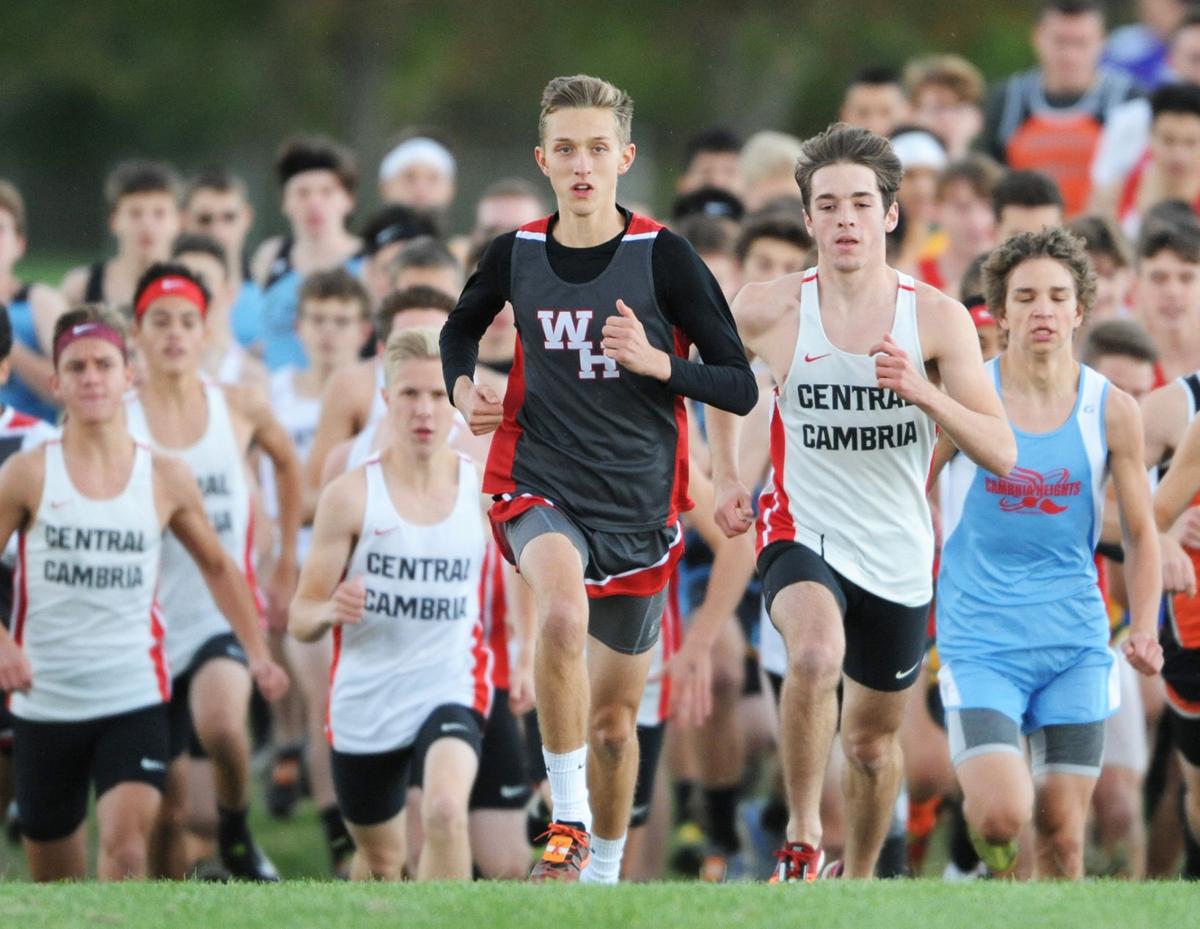 Westmont Hilltop’s Nick Fetzer (center) leads the pack on his way to a first-place finish at the Laurel Highlands Athletic Conference cross country championship meet at Central Cambria High School with a time of 16 minutes, 23.04 seconds on Wednesday, Oct. 17, 2018. 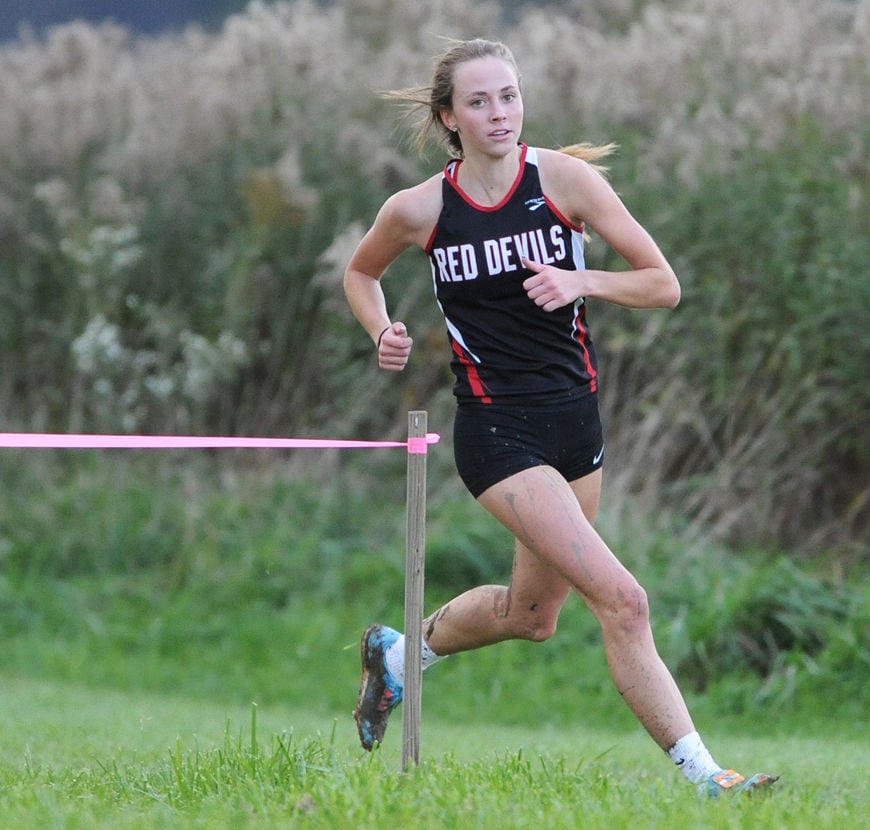 Westmont Hilltop’s Nick Fetzer (center) leads the pack on his way to a first-place finish at the Laurel Highlands Athletic Conference cross country championship meet at Central Cambria High School with a time of 16 minutes, 23.04 seconds on Wednesday, Oct. 17, 2018.

EBENSBURG – Thanks to blustery winds, temperatures in the mid 40s and wet running conditions, the Central Cambria High School cross country course didn’t lend itself to runners breaking any personal records. But the cream of the Laurel Highlands Athletic Conference crop certainly rose to the occasion Wednesday at the conference’s championship meet.

Westmont Hilltop junior Nick Fetzer broke his previous standard with a time of 16 minutes, 23.4 seconds to prevail by 20 seconds in the boys race. Central Cambria senior Paige Wess set a new season best by finishing first in 19:22.4 to top the girls field.

“It feels really good. There’s so many schools here with a lot of great runners,” Fetzer said. “On a cold day like this, I was just trying to do the best I could. This conference is very competitive. I’m just glad I could come out with a win today.”

Even after playing soccer her junior season, Wess proved she is the best runner in the conference.

She broke away from the pack late to finish 12 seconds ahead of teammate – and freshman – Stella Kuntz.

“It’s really exciting. I didn’t run last year, but the years before that I always tried to come in first but I never did,” Wess said. “It’s a nice way to end my senior season.”

The course was altered, so besting the field on her home terrain was not a given.

“It honestly didn’t really affect me just because it was altered, and we’ve never ran it like it is set up today,” Wess said.

Fetzer garnered a comfortable lead after the first time through the course. The junior was then able to add distance between him and Bedford sophomore Van May, who finished second in 16:43.4.

“It’s my personal best. I never ran that fast before,” Fetzer said. “I was kind of surprised I did it in the cold.

“Hopefully I can work off of it coming into districts and states.

“I just wanted to get to my peak. I play soccer too, so I’m just in that postseason mentality.”

“I was pretty happy with this. This is a PR for me this season,” Chunta. “It was pretty cold out.

“I just tried to keep pace with Van May and do my best.”

“It was definitely harder with all the mud. But I think overall, we all did pretty good,” Kuntz said.

“It was very cold, but I like running in the cold a lot more than the heat,” McElhenny said. “I think that was definitely to my advantage today. You couldn’t really feel anything the whole time. I guess it made you want to get done quicker so you could get warmed up.”

Westmont Hilltop senior Jacob Adams tallied four goals to set a new school record for single-season goals with 43. The Hilltoppers improved to 17-0 with a 10-0 triumph over Bishop Guilfoyle on Thursday.