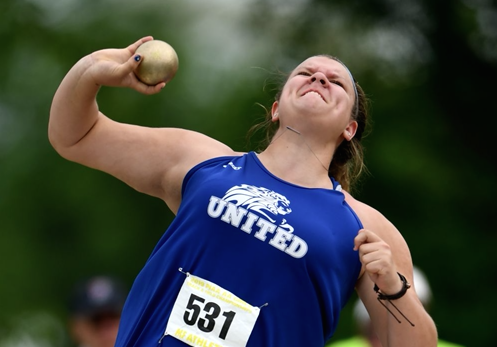 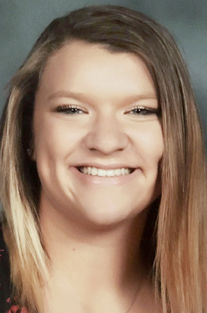 United junior Maizee Fry is the Female Spotlight Athlete of the Week for Tuesday, March 31, 2020.

United junior Maizee Fry is the Female Spotlight Athlete of the Week for Tuesday, March 31, 2020.

Coach’s quote: “Maizee is an outstanding all-around athlete. Her performances in track are continually improving. She is a team player and is always unselfish. It is awesome to see the dynamic on the throwing field, everyone cheers on Maizee and you will see her standing to watch all of her teammates to cheer them on. Her athletic ability is sometimes hard to believe and she has not yet reached her potential. She is the total package, a phenomenal athlete, open and always ready to learn and improve. She is coachable and loves her teammates!” — United assistant track and field coach Keri Miller

Favorite food: Any type of pasta

Favorite teacher and what they teach: Mrs. Shellhammer, history

Outside interests: Reading, shopping, hanging out with my friends and attending activities with my church youth group.

If you were an animal what would you be and why: I would be a lion because it is my school’s mascot and they are fearless when up against a challenge.

Athlete most admired: Michelle Carter, an Olympic gold medalist in the shot put.

Most influential persons on my athletic career: Parents, who show endless amounts of love and support.

Most impressive athlete that you have competed against: Alli Campbell

Proudest athletic achievements: Scoring 1,000 points by my junior year in basketball and sweeping the throws at districts.

How I got my start: I started to play basketball in second grade and enjoyed every moment, and always wanted to play sports in high school.

Future goal: Hopefully, will be able to throw at the college level and become a lawyer.

Lora Davis of Penn Cambria is the Female Spotlight Athlete of the Week for Tuesday, March 24, 2020.