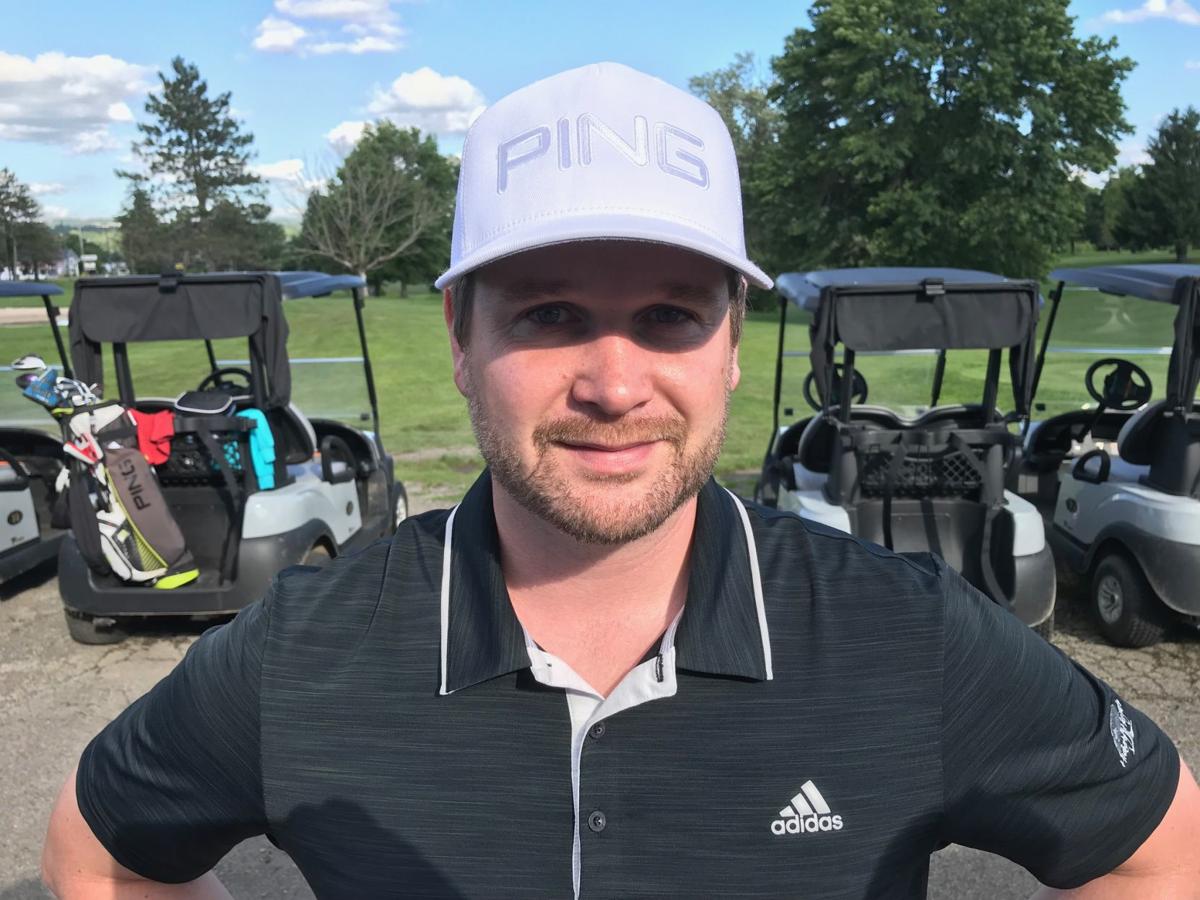 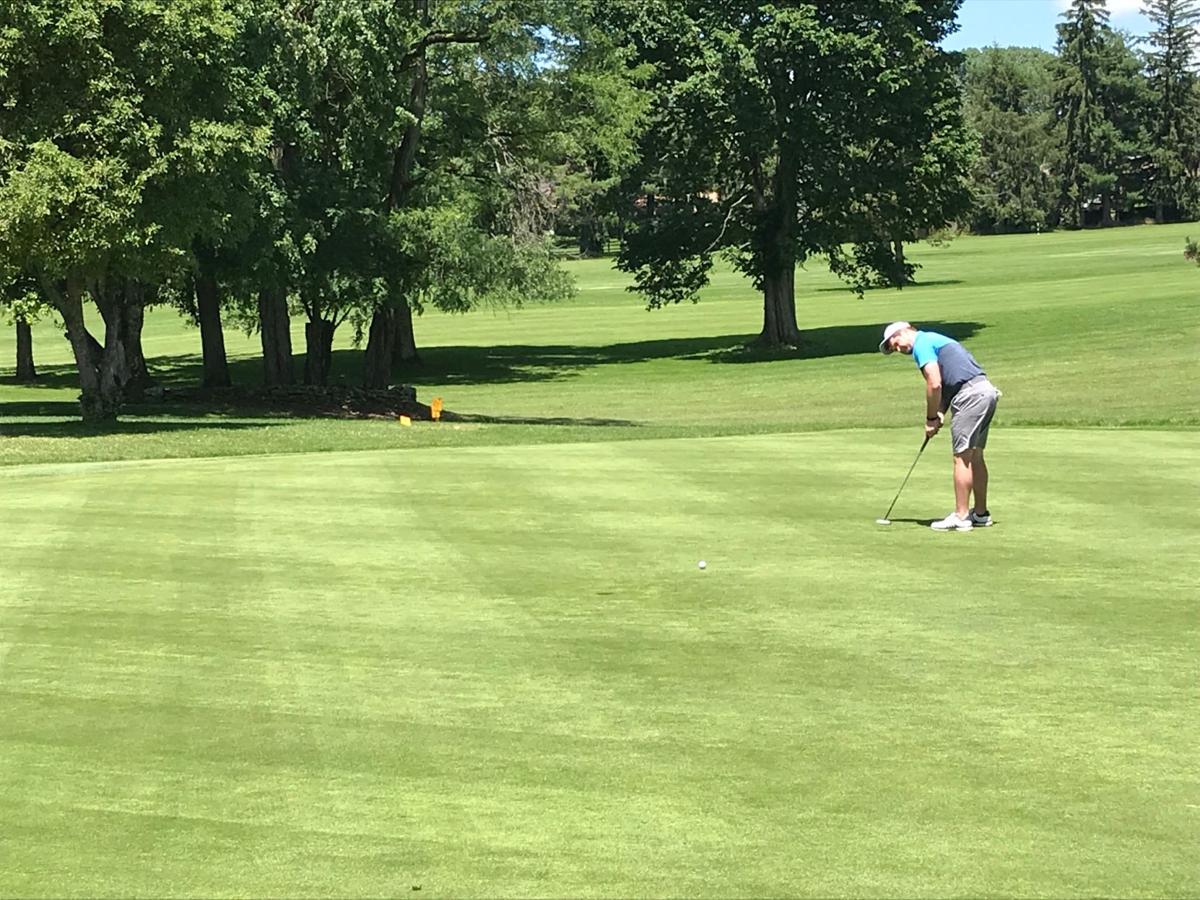 Tom Facciani putts on the 15th green during the second round of the City Golf Championship on Saturday at Berkley Hills Golf Course.

Tom Facciani putts on the 15th green during the second round of the City Golf Championship on Saturday at Berkley Hills Golf Course.

Tom Facciani set the pace early in Saturday’s second round of the City Championship at the Berkley Hills Golf Course.

The first-round leader and 2012 champion made an eagle on the par-5 second hole and quickly added a couple birdies.

“Through the first five holes, I was 4-under,” Facciani said after shooting a 5-under 66. “I made eagle on 2 and birdie on 3. I birdied 5. I hit it really well today. I hit it closer, so I made a few putts. I left a few out there though.”

Facciani will carry a four-stroke advantage into the final round, which will begin at 8:40 a.m. on Sunday.

Doug Labarko shot a 2-under 69 in the second round and has a 1-under 141 to hold second place.

Indiana University of Pennsylvania rising senior and all-region selection Jeremy Eckenrode tied for Saturday’s low round with a 66.

The Central Cambria High School graduate shaved 11 strokes from his opening-day total and is third at 1-over 143.

Two-time defending champion Derek Hayes had a 1-under 70 on Saturday and is tied for fourth at 144 with Jesse Rager, who shot a 4-under 67 in the second round.

Facciani, Labarko and Hayes played in the final group and combined to shoot 8-under as a trio.

“Our whole group had three bogeys total. I’ve never played a round with three guys like that in my life,” Labarko said. “When you’re playing with two past champions, you have to step your game up.

“These are childhood friends of mine. We had fun today. I didn’t make all the putts, but I’ll take it. It was a pleasure playing with these guys. They brought out the best in me.”

“No. 6 on the front, I hit a good drive but didn’t hit the best approach shot.

Eckenrode shot an even par 35 on the front and had a 31 on the back nine, where he made three consecutive birdies.

“I just made some more putts today and I hit the ball a little closer,” Eckenrode said. “The front nine was even. The back nine I found a rhythm and made some putts.

Rager improved by 10 strokes over his first round, shooting a 67 on Saturday. Aaron Patalune also cut 10 strokes off his opening-day score by shooting 68 and placing sixth with a 146.

“It definitely will be exciting,” Facciani said of the final round. “There are some good players behind me. I’m looking forward to it.”

Tom Facciani shot a steady round of even par on the Berkley Hills Golf Course on Friday afternoon to emerge as the first-round leader in the City Golf Championship.